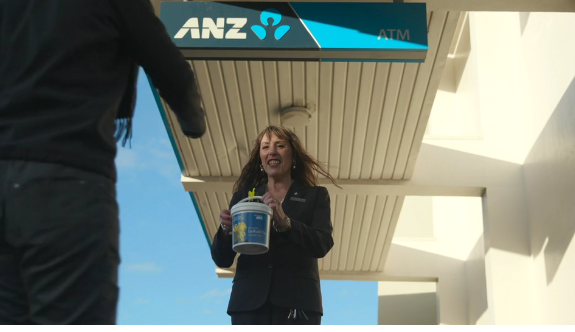 As Daffodil Day approaches thousands of Kiwis will be out fundraising and collecting for the Cancer Society’s annual appeal on Friday, August 30.

Cancer affects 1 in 3 New Zealanders, and last year alone almost 9,000 Kiwis were referred to the Cancer Society for their services.

There are some wonderful people who every year get out in support of the Cancer Society’s important work and do what they can to help make a difference.

How oysters are fundraising for Daffodil Day - download video

ANZ has been a principal sponsor of Daffodil Day since 1990 and in that time has raised almost $20million to support the charity’s important work.

This year ANZ teams across New Zealand are fundraising through sausage sizzles, raffles, quiz nights and ‘brave the shave’ events.

Judy Rodger, who has worked at ANZ in Invercargill for 30 years, has organised a bluff oyster fundraiser to benefit the local Cancer Society every year since 2004.

“About 15 years ago I rang Graeme Wright at Barnes Oysters in Invercargill to see if we could sell some of our region’s famous oysters as a fundraiser for Daffodil Day. He immediately said yes and we’ve been working together every year ever since,” Judy says.

In that time, working alongside Graeme, Judy thinks she’s sold more than 11,000 pottles of Bluff oysters to colleagues, family, and members of the Invercargill community and raised almost $50,000 to support the national charity.