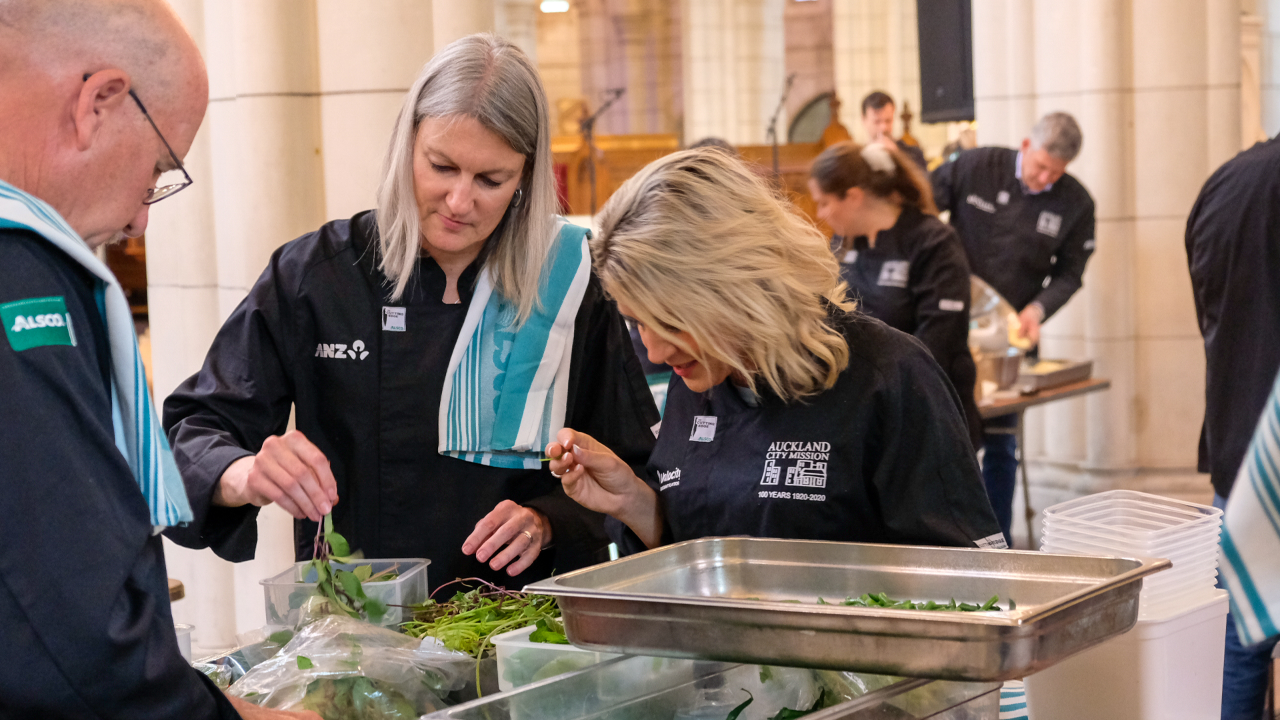 Seventeen of New Zealand’s top business and government leaders and chefs have come together in the kitchen to raise over $225,000 for the Auckland City Mission in its annual Cook-Off.

120 guests attended the event, including many in need, people who rely on the services provided by the Auckland City Mission and its volunteers.

Each business leader was tasked with raising $10,000 and was expected to help cook a delicious, nutritious meal for guests.

“It’s always a great night and this year in particular was very special as we gave back to a community that has been devastated by Covid-19 in many ways,” says Chris Farrelly, CE and City Missioner. 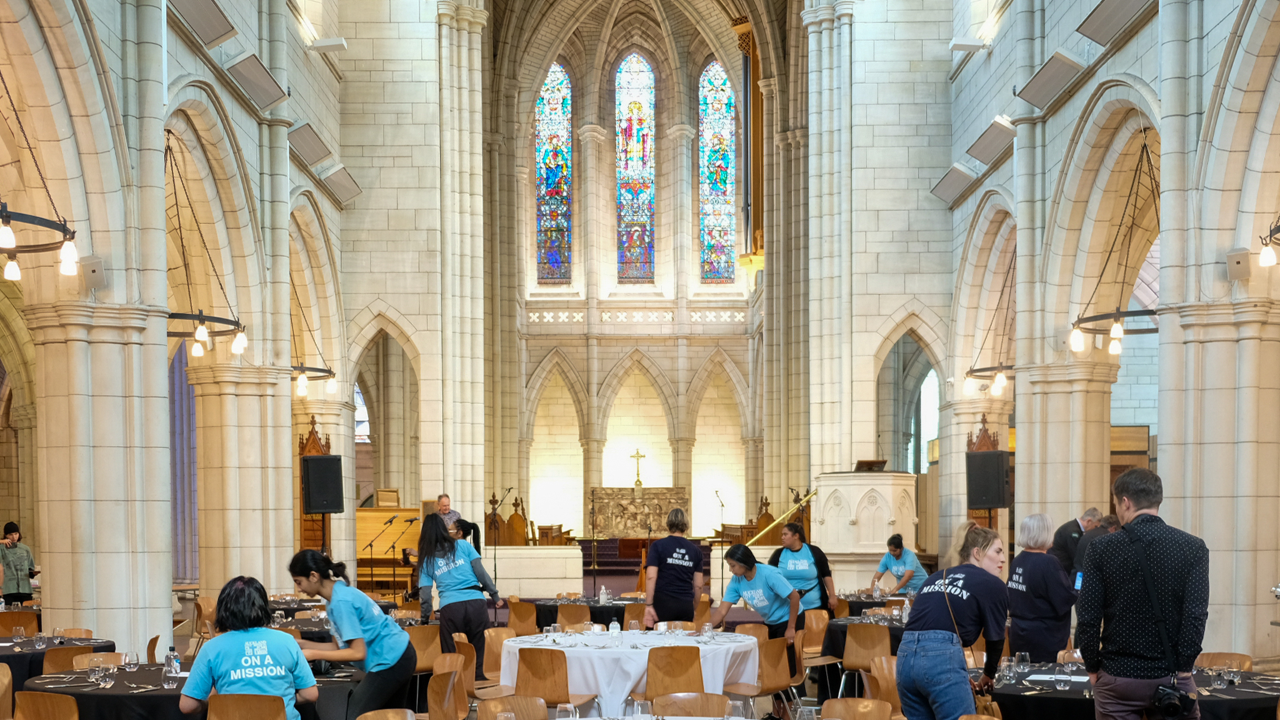 Since the beginning of the Covid-19 pandemic, Auckland City Mission has had a significant spike in the number of emergency food parcels it hands out each week.

Before the pandemic, the Mission provided about 450 parcels a week, which rose to 1,500 at the height of Auckland's second lock down.

One in five Auckland families now struggle to put food on the table.

In the Mission’s centenary year, Mr Farrelly says the charity is grateful for the support of all involved.

“For 100 years Aucklanders have been helping Aucklanders through the City Mission. The Cook-Off is a superb example of that generosity.”

The Auckland City Mission Cook-Off was led by chefs from Café Hanoi, Saan and Amano.

The business leader participants included ANZ New Zealand CEO Antonia Watson, who raised $13,485 for the charity – making her one of the top fundraisers. 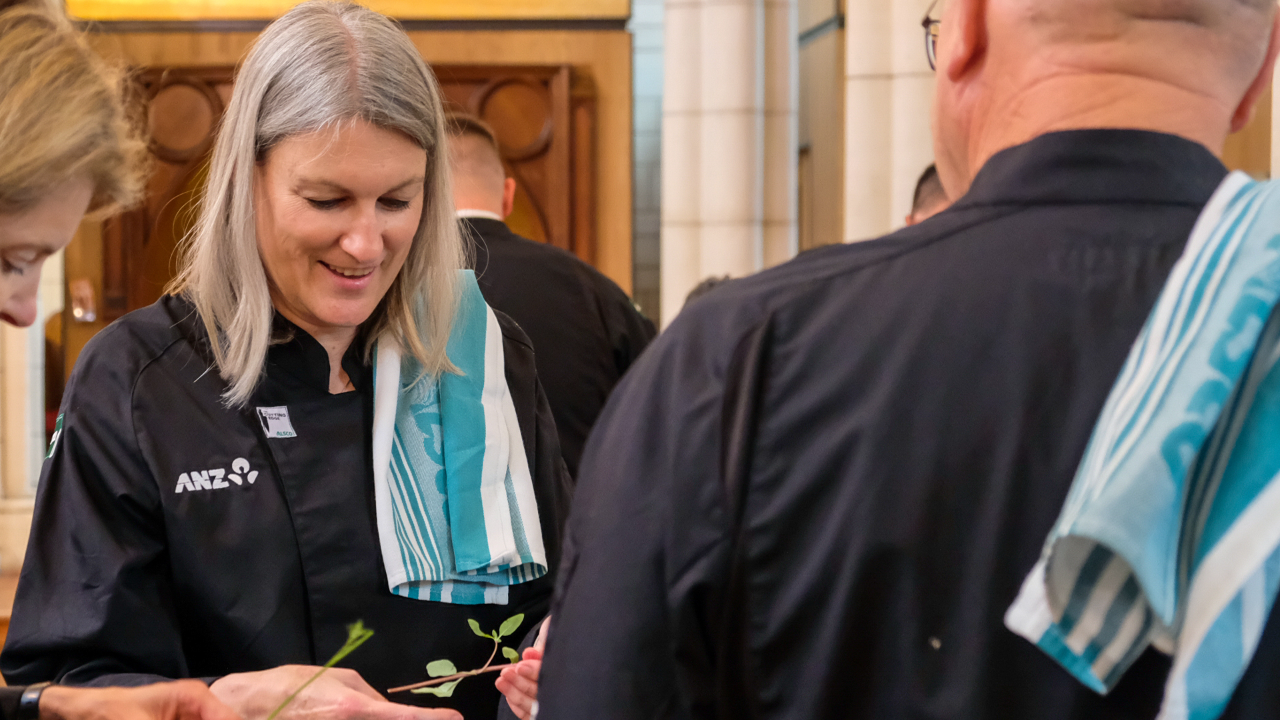 “In a year when many people are going through tough times it’s been great to be able to help the Auckland City Mission reach its fundraising target,” says Antonia.

The funds raised by the business leaders in the Cook-off will go towards emergency food parcels.

“In a chef’s jacket, with a tea towel thrown over my shoulder, I was given the job of preparing herbs for the entrees – it was so much fun!” says Antonia.

“This is my first time volunteering for the Cook-Off and I was honoured to be part of the event and in a small way help one of the city’s most important charities - one that supports the most vulnerable in society.”