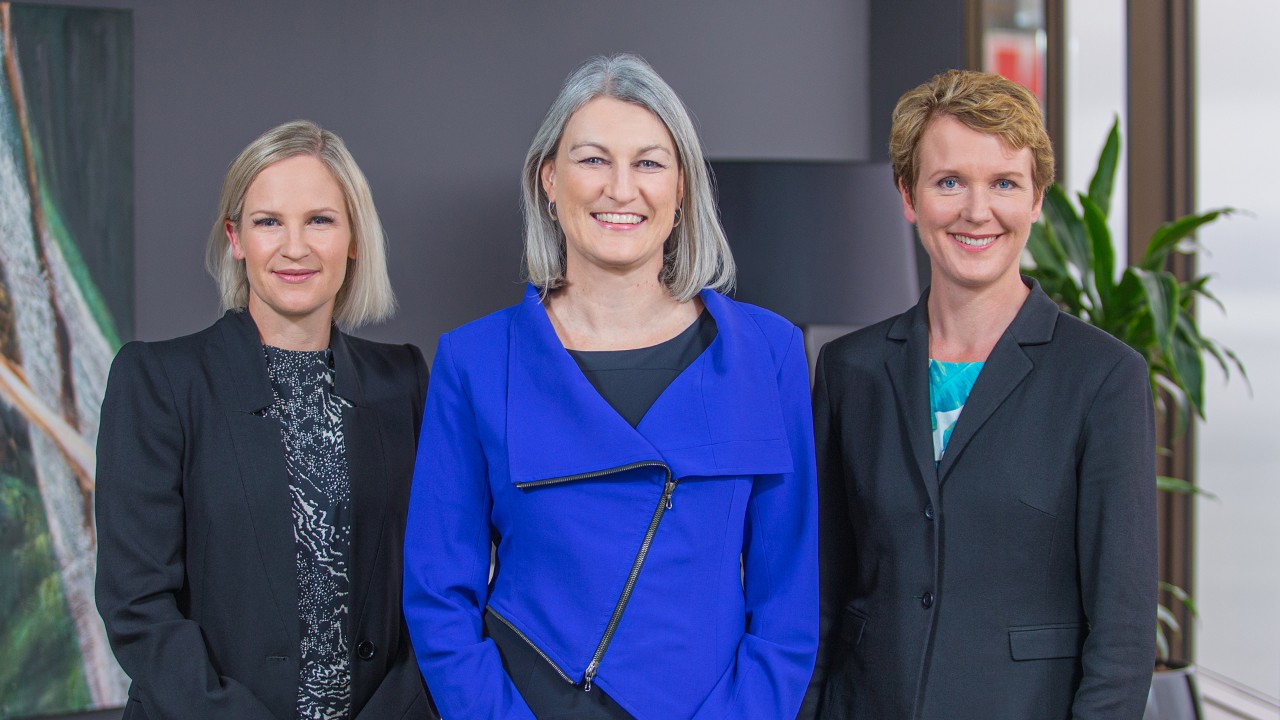 CEO Antonia Watson, Treasurer Penny Dell and Chief Economist Sharon Zollner took part in a panel discussion where they talked about staying grounded, dealing with criticism and feeling like an imposter.

After taking up the top job in 2019, Antonia said she had to learn from pressure, criticism and the "baptism by fire" of taking the role to nurture resilience - but admits some criticism hit harder.

She said it took time to get to a point where, instead of feeling sick every morning a new negative headline came out, she was able to come to terms with it.

"One Saturday morning I curled up in bed and cried my eyes out because of one particular article that was in the paper - but it gives you a thick skin, and that thick skin I think has really set me up with the resilience you need in a time like Covid," Antonia said.

"It gives you a thick skin, and that thick skin I think has really set me up with the resilience you need in a time like Covid."

With 5 of ANZ's 13 executive roles held by women, the company has a strong focus on gender equality, and Antonia said women seeing other women in leadership positions can inspire them to aim higher.

"I think it changes things when people see someone who looks like them in a role," she said.

"If you get a woman in there, you tend to see more women following ... this isn't about tokenism, it's about getting the right person for the job, but you bring a different perspective to who you might look for to fill roles.

Both Penny and Sharon have children, and said kids are great for ensuring they keep a healthy work-life balance.

"Having kids helps a lot," Sharon said, "they keep it real.

"They have very little respect for your job or what it is - all they see is what you are for them and what they need you to be, and so they very naturally ground you the minute you walk in the door - I find that very healthy."

On the topic of work-life balance, Penny said running is her primary outlet for managing stress, and quietly mentioned she'd recently completed an ultra-marathon.

Sharon also uses exercise as a tool for stress - but Antonia laughed that only she "reluctantly" goes to the gym.

For the CEO, riding an electric bike to work fulfills that need and also keeps her mind off work for a while, and more on the Auckland traffic in front of her.

Antonia said she likes to keep her weekends "reasonably sacred" and tries to avoid sending or replying to emails, saying said she had been in the position of receiving emails from superiors at the weekend, and didn't want to foster an environment where people are made to feel like they need to always be working.

"Every so often you need to do a bit of catch-up, so I future-date all the emails I send so they don't send until the Monday morning ... so that people don't ever have a sense of 'oh God, the CEO has just emailed me, I better reply', because there's an expectation that there's a need for reply," she said. 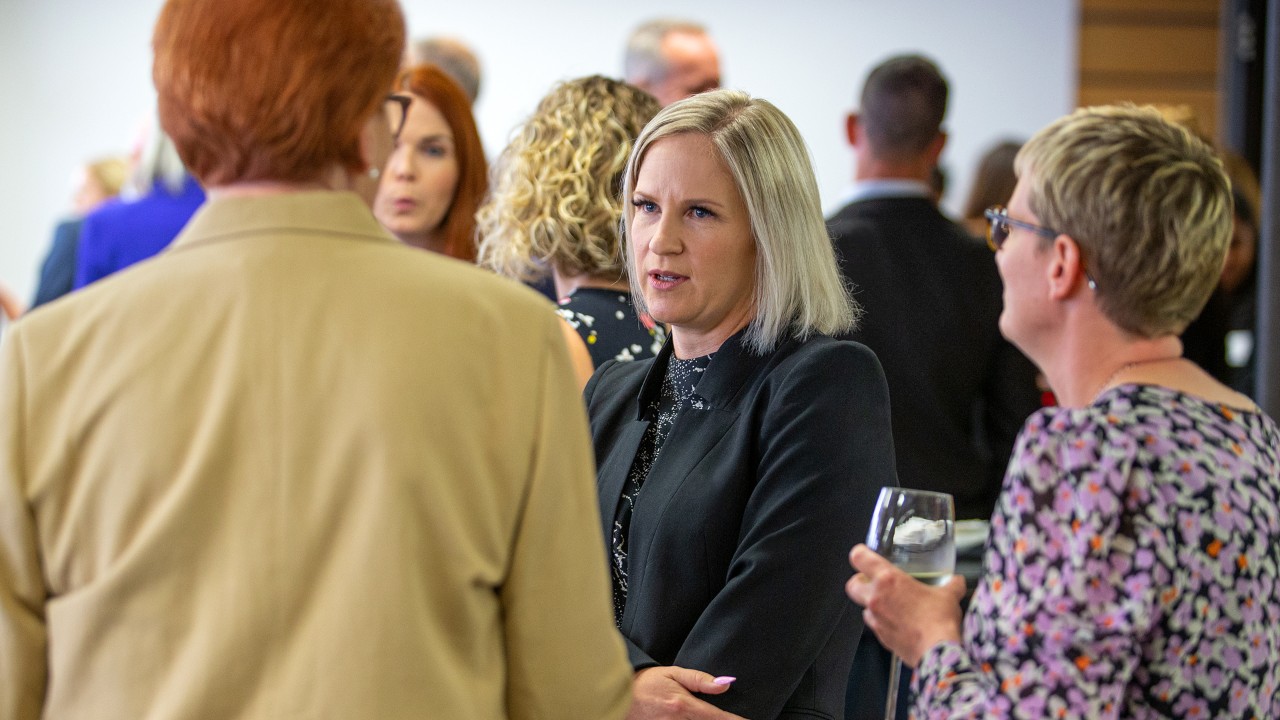 On the topic of mentors and heroines, Sharon told a story of early in her career when a female manager was "catapulted" into a position above her current one - instead of pretending she knew it all, the manager simply admitted she needed help.

"So she sat down, she said 'right, I have to manage us through this forecast round, I know absolutely nothing about what any of you do - so let's start there - tell me what you do', and I was like .. wow!" Sharon said.

"I had always been bluffing and hiding my ignorance ... just realising it was OK to acknowledge your ignorance and actually no one was going to think less of you for that, and I've found that a really, really helpful lesson that I've tried to take with me as I've gone on."

Antonia said if she was to name her heroine, it would probably be her Mum, but also said she had taken a lot of inspiration from the book Invisible Women by Caroline Criado Perez, which looks at many societal practices through a rigorous gender lens.

Imposter Syndrome, the psychological pattern where a person doubts their own skills, talents and accomplishments despite clear evidence of their competence, and fears being found out, was also broached by the panel.

"I went and had my job interview to become the Treasurer a few months back," Penny said, "and the first thing they said was 'why do you want to be the Treasurer of the biggest bank in the country?' and I just said ... OK... just let me think about this.

"You definitely deal with it, but I think - if you're invited in, make sure you put yourself in what you've been invited into, because otherwise you spend your whole life questioning yourself and you actually miss out on a lot of opportunities."

"I just spent the first year at least thinking, 'they're gonna figure this out - they're going to work this out that I’m not the person they think I am'," she said.

Penny said she thinks getting more women into the industry is a work in progress.

"I don't believe it's because women aren't interested in working in those sorts of roles.

"We're definitely going in the right direction - it's definitely a journey," Penny said.

"I think it's a perception issue and I think we've got to change that perception."

She gave an example of how that might continue to happen, saying that she had been the line manager for two young female interns, and was touched by something they said to her.

"They got to the end of the summer and they said 'thank you for being my line manager - it was really lovely to have a line manager not only who was a woman, but who was actually nice, and to see you can be able to see that you can be both those things, and in a senior role," Penny said.

"People perceive that to be a leader and to be senior, you have to be hard and gritty, and I'm like no - you have to know when to stand your ground and when not to roll over - but at the same time it doesn't mean you have to not be a woman."

Sharon agreed, saying while "New Zealand has a long way to go", in terms of women in leadership, "New Zealand women are amongst the bolshiest on the planet - and that's awesome".

The COVID-19 pandemic has had uneven economic impacts on men and women.