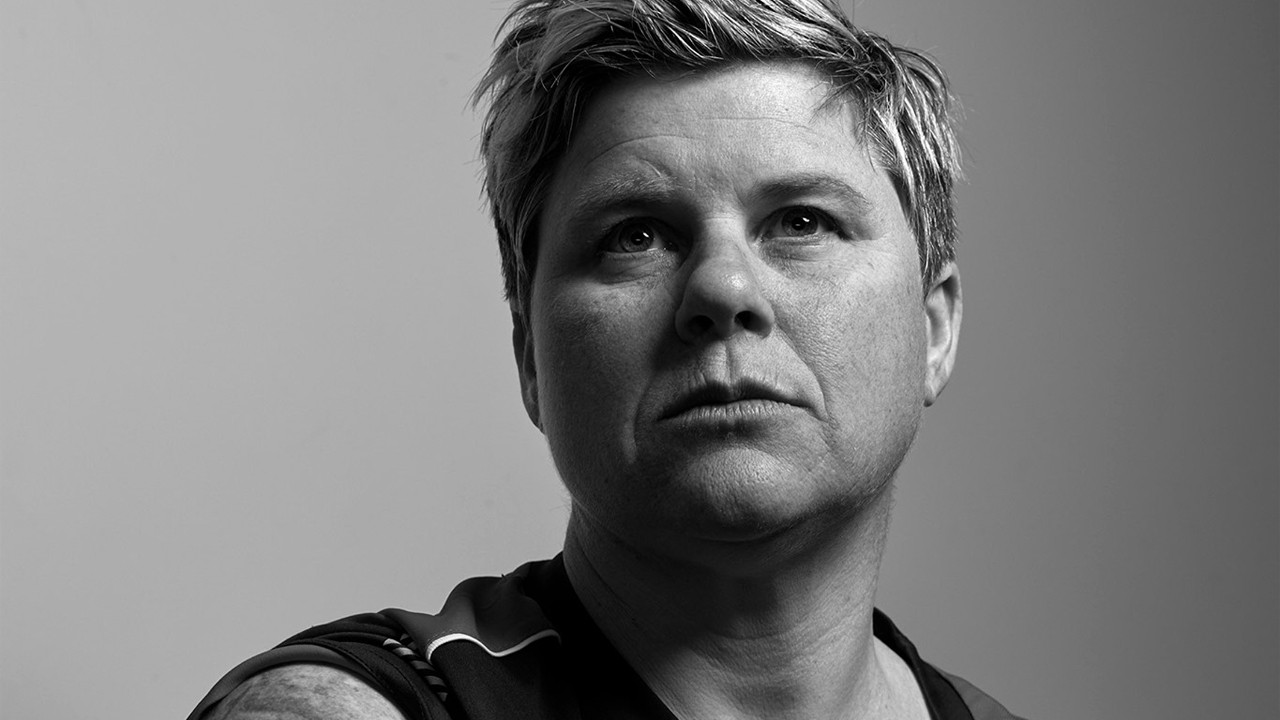 “There’s a perception we get medals for working in an office – we don’t.”

NZDF Warrant Officer Second Class Kirsty Meynell is a far cry from an office worker – and she wants to challenge perceptions around women who serve in the military.

She says people often think of soldiers as men – in general, and at remembrance events – and that recent veterans are also overlooked, when compared to those who served in wars a long time ago.

“I’ve had someone come up to me in the RSA and say, ‘excuse me love, you’re wearing the medals on the wrong side, they’re not yours, so you wear them on the other side of your chest’.”

But Kirsty’s seen her share of action - her medals were earned. 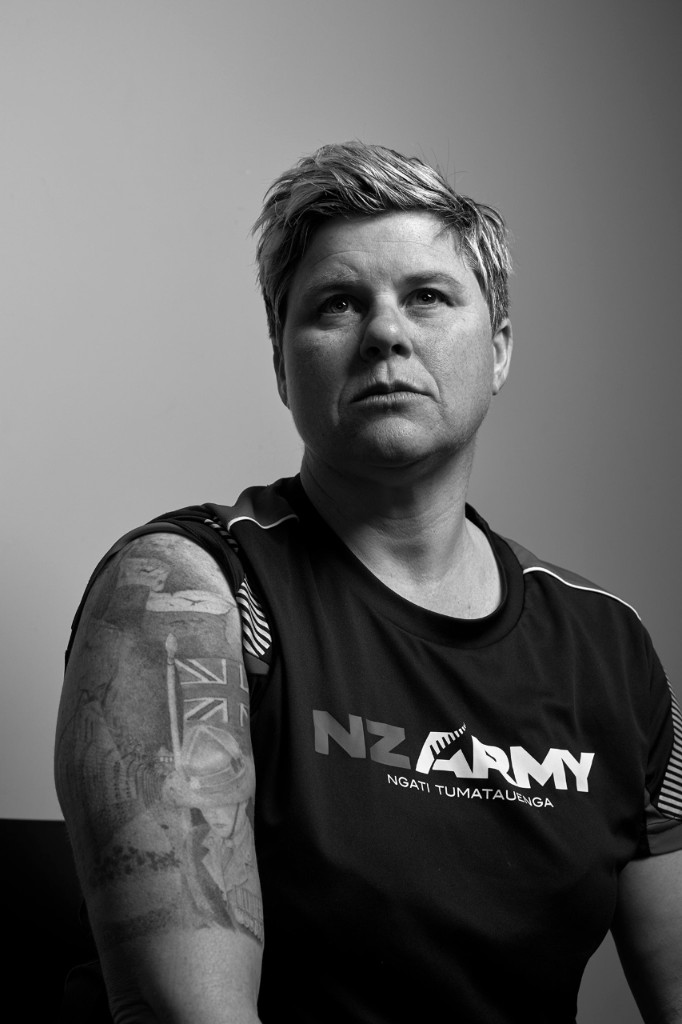 She says perceptions that female soldiers are not exposed to the same risks, the same hardships, and the same dangers as males are all wrong.

Veterans are veterans, she says, no matter their gender, or how recently they served.

“I think the families of those who’ve served see the effects, and understand a bit more – but what New Zealand hears about is very much ‘peacekeeping’ - I don’t think many people understand that it’s just not that simple.

“We are getting fired at, we are holding the grenades, and we are put in situations where our lives are definitely at risk – we just want people to recognize that.”

During one of her two deployments to Afghanistan, she and her Commanding Officer were chatting on the second floor balcony of their shipping container workspace, when they heard a familiar “whizzing” sound coming towards them.

Kirsty grabbed her superior, shoving her inside the container.

Just a fraction of a second later, a makeshift artillery projectile passed a few feet above their roof - hitting two helicopters in the camp about 50 metres away.

For the Sergeant-Major, it was nothing new – near misses took place all the time - but they never got any easier.

Kirsty carried out multiple tours in the Middle East, and insurgent attacks on her camps were a “reasonably common” occurrence.

One attack was more terrifying than most – Kirsty could hear bullets hitting her shipping container, and realized that things were “getting real” when an announcement came over the loudspeaker saying the perimeter had been breached by insurgents.

She suited up and prepared for combat, realizing her life was directly in danger.

Luckily, the announcement turned out to be incorrect – they weren’t inside the camp - but they had managed to set up a makeshift base in a construction site about a block from camp and were “firing wherever and whatever they could at us.

“It was really just luck of the draw as to where it would land,” Kirsty says. 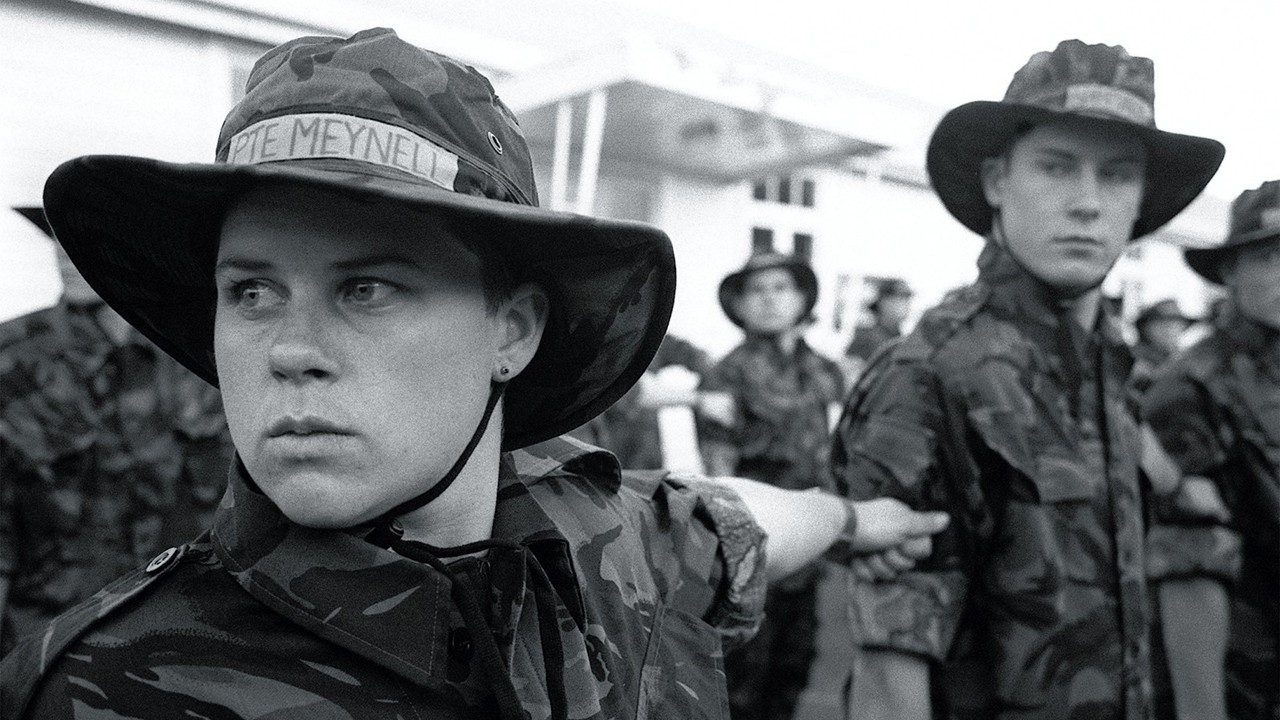 Kirsty Meynell as a Private, soon after enlisting.

Day-to-day, Kirsty’s role involved organising supplies and logistics, personnel flights, and also driving armoured vehicles – one of the few females in the NZDF to do so.

She’d be fully kitted out in body armour in the driver’s seat, a pistol at her side, grenades within easy reach and plenty of ammo - Afghanistan can be a hostile place.

The traffic, too, was hostile - Kirsty had to always be alert, and always be on guard.

She compared Kabul roads, in places, to Auckland’s “Royal Oak roundabout, on steroids” - with “four lanes of traffic going in both directions around it, donkeys, carts and beggars” to contend with.

The busy, unpredictable atmosphere led to a “prolonged, heightened sense of fear”, with anything and anyone being a possible threat.

“I remember vividly that we would get an intelligence report that told us a suspected vehicle-borne IED - so a vehicle carrying a bomb – is in a white Toyota Corolla – now, you drive out the camp’s gate and every second vehicle is a Corolla.

“Another one was fruit carts – they were using fruit carts to put bombs in and then activating them when a vehicle went by – and every 50 metres there was a fruit cart.

“One of their other preferred ways was to use magnetic IEDS ... now, when you’re stuck at the roundabout, and there are beggars tapping on your windows and you don’t have sight of that person, they could be slapping on a bomb – you just don’t know.”

Asked when she felt most valued during her military career – it was when she dropped off baking, building relationships along the way.

That’s right – amid the artillery attacks and road-side bombs, Kirsty found equipment and supplies to bake a range of foods, and handed them around the different international military contingents to improve relations.

“It really did gain us a lot of respect – that whole networking thing, where we needed to lean on other forces – it was invaluable really,” she says.

On one occasion, her contingent's pickup truck had “blown up” just days before a crucial relief shipment of supplies and personnel were due.

As luck would have it, a large American truck had just rolled into their disposals yard with a bad alternator.

Kirsty sweet–talked them, quite literally, into exchanging the truck for something the Americans had come to value highly – one of her famous banana cakes. 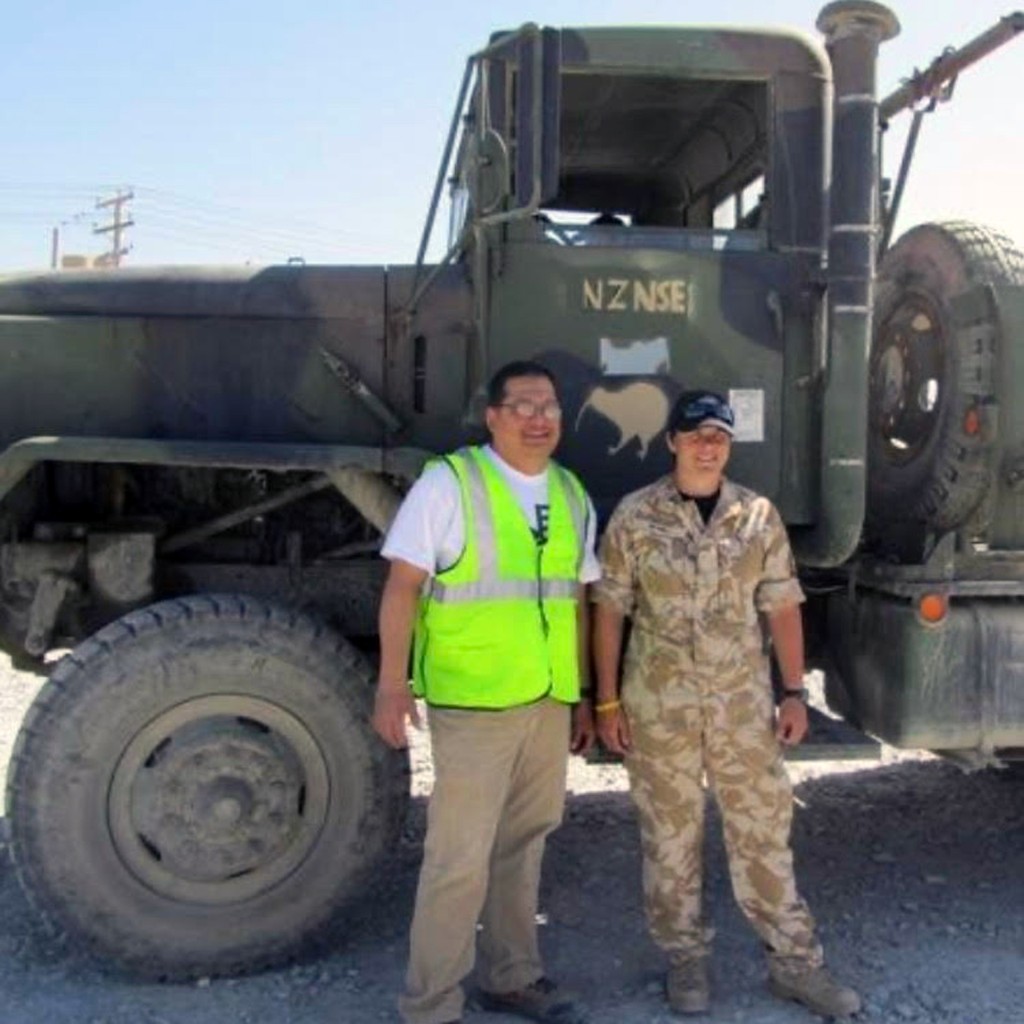 Kirsty Meynell, with an American truck she procured for the price of one banana cake.

“The first thing you do when you get a truck like that is you paint a Kiwi on it,” she laughs.

Kirsty retired from the military after the stress began to take its toll – she suffered from burnout, and developed an autoimmune thyroid disease which is often triggered by stress.

Her fitness and energy levels fell, and she felt she could no longer deliver at the levels demanded by the military, and the level she demanded from herself.

Since then, she’s turned to her love of art for stress relief, and has also been working on building up a community of support for female veterans like herself under the brand name ‘Sisters in Arms (Ngāti Tumatauenga)’. 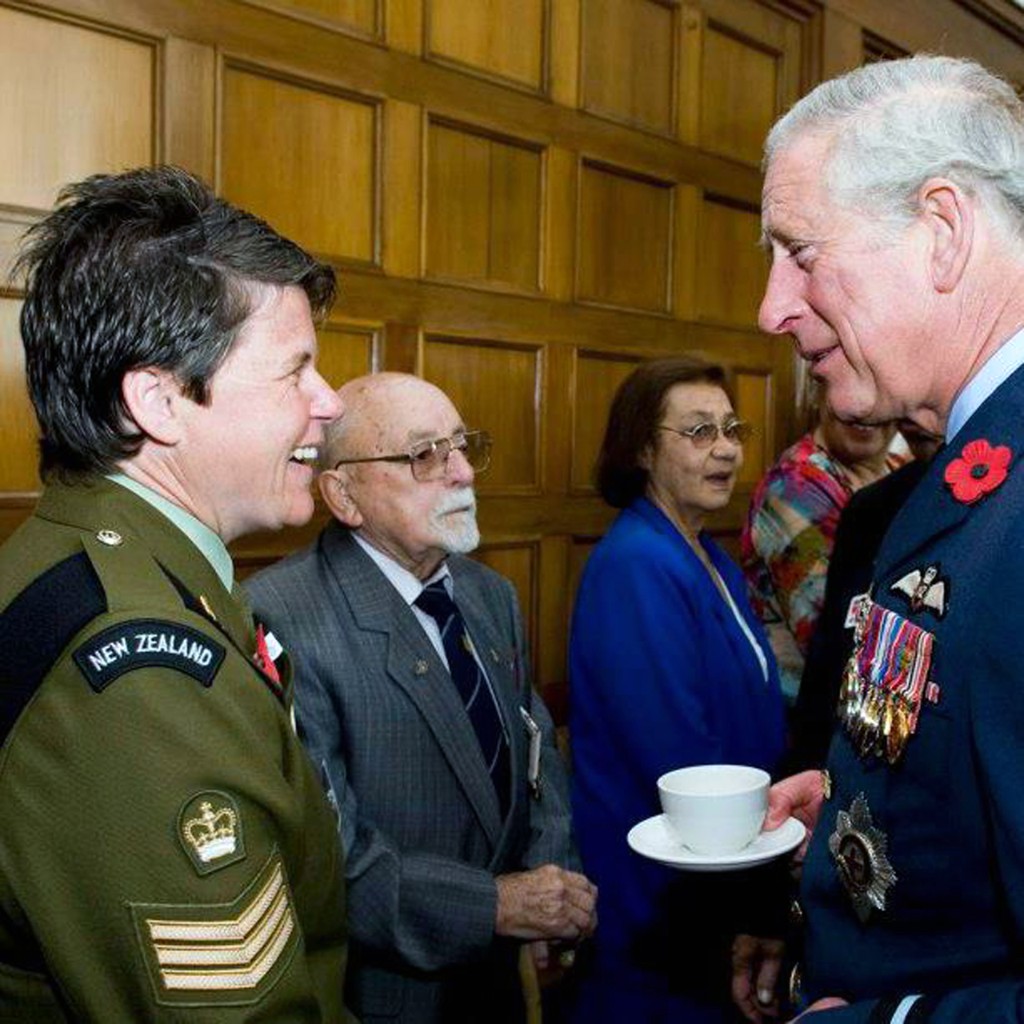 The theme this year is "Women in Service" and funds collected go towards supporting veterans like Kirsty.

Street collectors will be out on the day, and you can also donate online here.

ANZ will extend its online remittance fee waiver campaign in the Pacific until September 2021, allowing even more people to send much-needed money home to the islands without paying a transfer fee.