Regional Executive for the Pacific 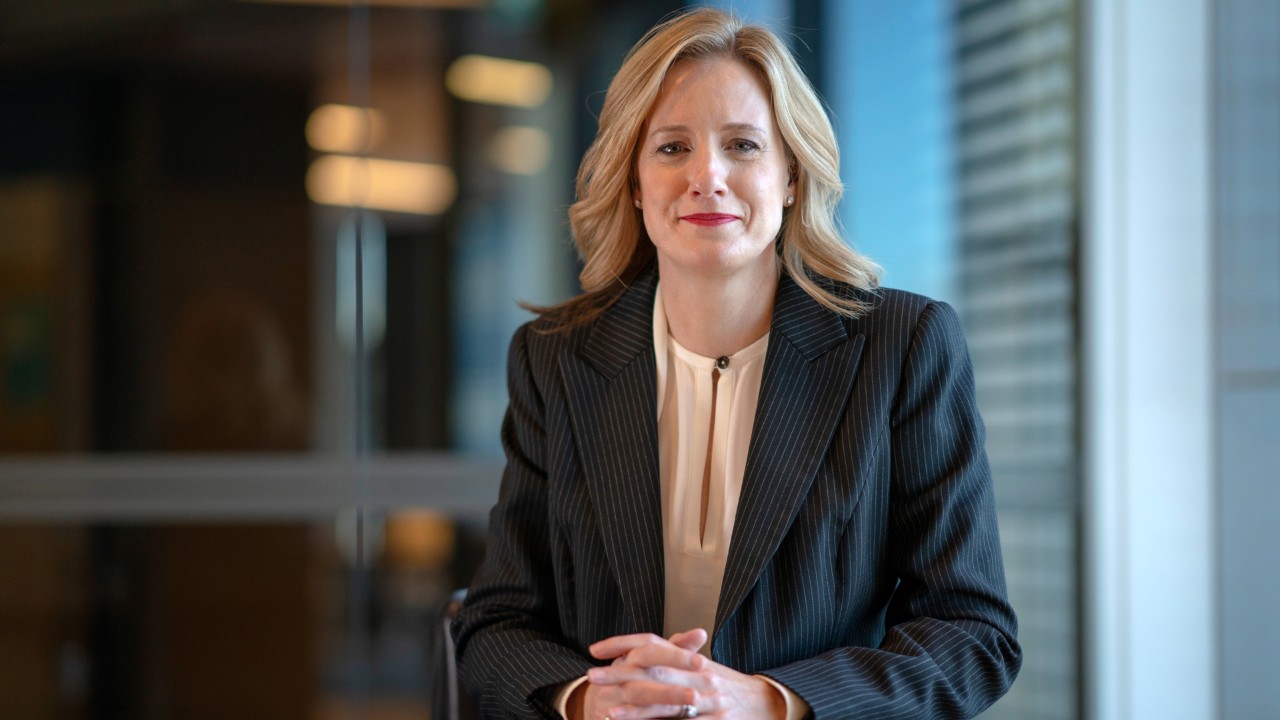 After finding herself locked out of Fiji when the borders were closed in April - and locked down in Sydney as it faces its own Covid-19 outbreak - ANZ Regional Executive for the Pacific Tessa Price writes about how she’s finding new ways to lead remotely, helping FNU students continue their education, and what she’s learned about doing business in the Pacific.

When Fiji’s Covid-19 outbreak began this year and the country closed to all arrivals, I found myself on the wrong side of the border.

I moved to Fiji five years ago to take up my new role as ANZ’s Regional Executive for the Pacific, and travel is – or was - a regular part of my life. My husband David is based in Australia and my 15-year-old daughter spends time in both countries.

I left Fiji in March this year to spend the Easter period in Sydney with family, and to be there for my daughter’s birthday – but when the Covid-19 outbreak in Fiji quickly took hold, and the border was closed to all but Fiji residents and citizens, I was stranded.

The advice I received was that Fiji was not allowing people in my situation to return, and I was also mindful that, even if I could return, it would be an unnecessary use of a quarantine spot, when they really need those facilities for Fijians.

I would very much prefer to be working there, alongside the Fijian people - in many ways it would make my role a lot easier - but the reality is that I can’t return right now, as much as I want to.

So over the past few months, I’ve had to buckle down here in Sydney, and continue to lead the bank’s Pacific operations, during one of the most difficult periods I can recall.

A NEW WAY OF LEADING

Being here in Sydney has definitely not been a holiday for me – anyone who works remotely can probably relate to that experience.

I’m working harder now than ever - as is the whole ANZ team in Fiji, who are also working from home.

Many of our customers in the Pacific need help. So much revenue has dried up, and we’re having those critical conversations to ensure they can navigate through the pandemic, and become successful in this new world.

What I’ve learned is that you can lead successfully in a remote working situation – but it takes concerted effort, and a new way of thinking.

Firstly, and importantly, leaders need to take care of themselves by proactively managing their own wellbeing, and that of their family.

I try to exercise every day – my daughter leads the way on our runs, and sometimes puts me to shame as we go a little further each day. That physical exercise is crucial - it sets me up to think clearly about the needs of the bank and its customers.

I’m also finding that minimising screen time can help leaders manage their wellbeing – which I admit can be difficult, when most of your work has to be done online.

My most productive time is actually spent offline, thinking about ideas and how to solve issues we are facing as a business. I print off long articles to read in bed, and avoid any screen time at all prior to sleep.

In terms of our people, I’m spending a lot more time listening, and offering support. Empathy is key – leaders need to understand the difficulty, discomfort and stress many people within their teams will be feeling.

Remote leaders also need to have enhanced, ongoing communications with their staff, while also being mindful that some people will need space to absorb what’s happening, and to adjust.

When we feel isolated, especially when we’re physically isolated, we need more communication to help us feel connected.

It’s also very important to lead with trust, not control, and to assume the best and be patient when people have difficulty working remotely -  due to closures or technology, for example. 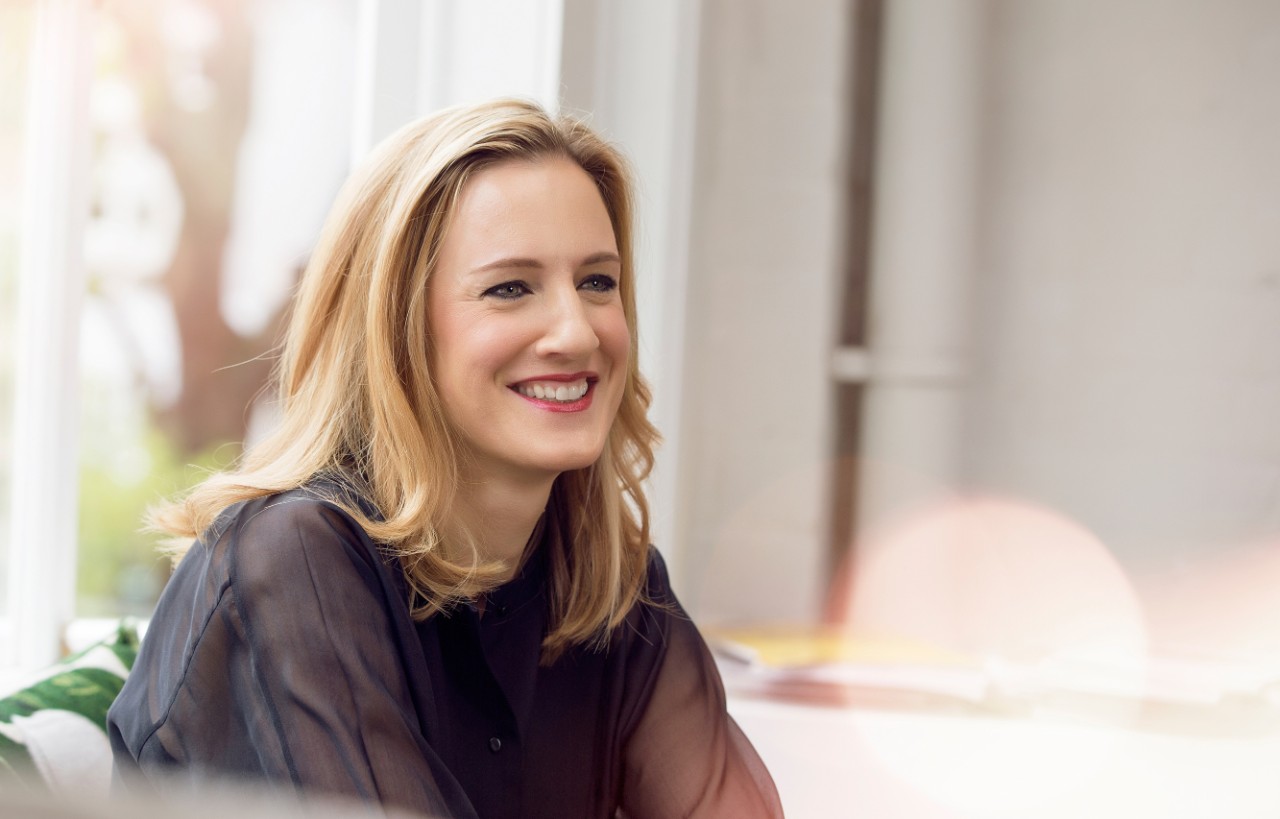 STEERING TWO SHIPS AT ONCE

On top of my ANZ role, I’m also continuing to work remotely as the new Chancellor and Chair of the Fiji National University (FNU) - which presents its own challenges.

I accepted a three-year permanent role with FNU in April this year after a short stint as acting Vice-Chancellor, and some time as Acting Chancellor. I felt incredibly honoured to be offered that position.

Education has always been important to me – my own mother was a teacher – and it was always something I really wanted to be involved with. I’ve said no to a few board positions in the past, but this one was very close to my heart.

The situation in Fiji presents a huge challenge for the FNU and its students. I’m mindful that, while online learning has been put in place, some students will struggle to access that because of infrastructure, or other technological barriers.

And importantly, a huge part of being at university is actually being there and getting involved in everything a university has to offer– the clubs, the friends, the debates, and everything else. So I really feel for the FNU students who aren’t able to have that right now.

A big part of my role with FNU involves looking at the future needs of the Pacific - examining its aims for the future and predicting where the new jobs will be, with a view to bringing island economies to the world stage.

Education is critical to economic development, and the development of societies – it lifts people out of poverty and creates higher order jobs, which is key to major structural reform.

FNU has the ability to help transform the Pacific economy, and that’s already a critical part of what we’re trying to do at ANZ – so in many ways my job with ANZ, and the FNU role, are quite similar.

A PACIFIC STATE OF MIND

Moving to Fiji five years ago led to a steep cultural learning curve for me. Pacific nations, and especially their people, have a unique way of operating, which has really taught me a new way of leading.

When I first started, I thought I could walk into the Pacific with my experience from past positions, and be successful – but I soon learned that I had to completely reinvent myself.

I had to really listen to people, and listen to the community – I had to learn about the culture, and the language.

So to some extent, I’ve dumped a lot of my experience and biases, and I feel that’s made me more effective in my role – if you just go in and keep doing what you’re doing, it doesn’t always work in the Pacific.

You have to show real, authentic passion, and real understanding, and show you want to get involved and be genuine with Pacific people - and then they bring you in.

The Pacific is so unique, and it has so many strengths that you can leverage, but you have to first understand where those strengths lie – especially the power of the community.

If you can tap into that strength, you get very rich feedback from people who can help explain how to make the most impact in those communities.

It’s an incredible, challenging and rewarding place to live and work, and I very much look forward to being back there soon.

The LAR Barbarians contributed four members of Fiji's Olympic gold medal-winning squad - and the woman managing the team says they put a lot of sweat and tears into getting there.

From Rarotonga to the world

As Covid-19 continues to pose a challenge to Pacific economies, many businesses in the region have looked to embrace alternative business models and methods. We hear from two Cook Islands businesses that have adapted to a lack of tourists and are using ANZ’s eGate technology.