The success of Rob Beard’s salami and small goods business pushed him to the edge - he suffered a heart attack and then hit a wall, mentally. But now, with the right help and support, he has transformed his business, making it stronger and more resilient, and in doing so he has redefined his idea of success.

Rob Beard grew up in rural Hawke’s Bay and was always a keen hunter, so it seemed natural to him and his wife Lara to process their wild game into meat products, and share them around.

Made in a shipping container workshop in their back yard, with trial and error, a lot of YouTube tutorials and plenty of advice from a butcher mate, their products gradually got better and better.

They started to get a reputation as being the best around, and this encouraged Rob to step up his hobby into a full-time business and in 2011 Wild Game Salamis was born.

Leaving a lucrative career in the viticulture industry to follow his dream, his decision speaks to the kind of person he is - passionate, enthusiastic and downright positive.

Rob’s first premises wasn’t much, as sausage factories go, but he built it up from scratch, gradually adding facilities and infrastructure until it was in full production.

The problem was, Rob was doing most of the work himself, and often worked 12-14 hour days, seven days a week. He’d make the goods, pack them, put them in his car and deliver them to customers himself.

He was aiming high, entering (and winning) awards, and business was slowly growing, each month it added more and more stockists.

He realised that the stress of running his business - the long hours, the loneliness of missing his family, and being rushed off his feet - had taken its toll.

“Starting a business ... that’s probably the most lonely existence you can possibly think of,” Rob says. “Especially when you’re by yourself and your brain just doesn’t stop – there’s worry, there’s fear, stress.

“It was totally unsustainable. I was fit – super fit – but it was the mental stress.”

Doctors advised him to take it easy for the next six months, but within two weeks Rob was back at it, because he had to be.

But the heart attack was definitely a wakeup call, he says. And something had to change.

“It was one of those moments in life where it’s like … I need to slow down,” Rob says.

But Rob wasn’t one for slowing down – he and Lara began the process of creating a new business named after their sons – Beard Brothers. 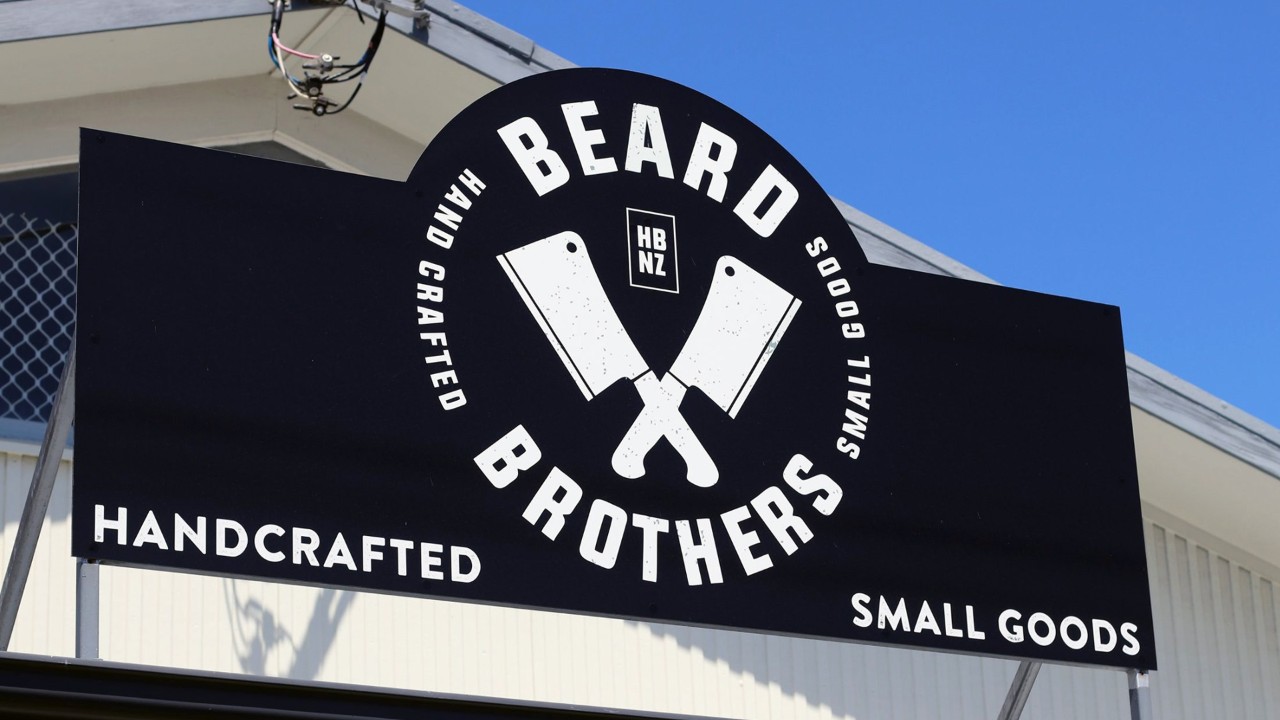 They continued to run Wild Game Salamis, using it to prop up the new venture, but gradually Beard Brothers grew, and was stocked in more and more supermarkets.

It was around this time that Rob had a chance meeting with business consultant Bill Ritchie, who instantly saw the couple were under a lot of pressure, as they tried to juggle the increasing needs of both businesses, and he agreed to come on as a business mentor.

“Very quickly it emerged that they needed a lot more help than they probably thought,” Bill says.

“When your business grows really quickly, and you don’t have good resources around you and it’s your first foray into your own business, you can reach a point where taking that next step becomes something you have to do, rather than what you want to do.”

Then, in early 2020, Covid-19 came along. The team were already flat out producing goods for their bulk orders when demand ramped up further, with more and more consumers demanding Beard Brothers products.

Bill estimates sales of sausages almost doubled during that period, and even after the first lockdown ended, the demand did not.

At that stage, they were still producing bulk orders to be packaged in-store by the butchery department for a fee, so Rob invested in a label machine to do the packing himself.

Rob admits he’s not the best businessman in the world, and perhaps not the best with technology either – his passion is making sausages – and one day, it just got to be too much.

He went home, closed the curtains, and went to bed - totally and utterly burned out, and experiencing a deep depression.

“If you’re sleeping two hours a night for ten nights, which was what I was getting, something’s got to give,” Rob says.

“I should have listened to people like my mates who told me I was working too hard, or too much – I should have done heaps of things but pig-headedly, I didn’t, and thought I’d be OK."
- Rob Beard

“That was a really tough time, and there was no pushing through – I just stopped.

“It’s pretty scary, just to be in that dark, lonely place – normally you can push through that sort of stuff, but to not be able to see the light at the end of the tunnel was really, really tough.”

As Rob recovered, Bill stepped in to the role of General Manager, and advised Rob that things really had to change.

Rob needed to step away from the day-to-day running of the factory, and stop shouldering the entire burden of a rapidly-growing company himself.

Rob now focuses on the marketing and sales aspect of the business – the part he’s best at. With Bill’s help, they’ve implemented a smarter, neater business structure that spreads the load evenly.

ANZ NZ CEO Antonia Watson is among Rob’s biggest supporters, and first visited Beard Brothers a few years back when she was the bank’s Managing Director of Business Banking. She even tried her hand at making her own sausages. 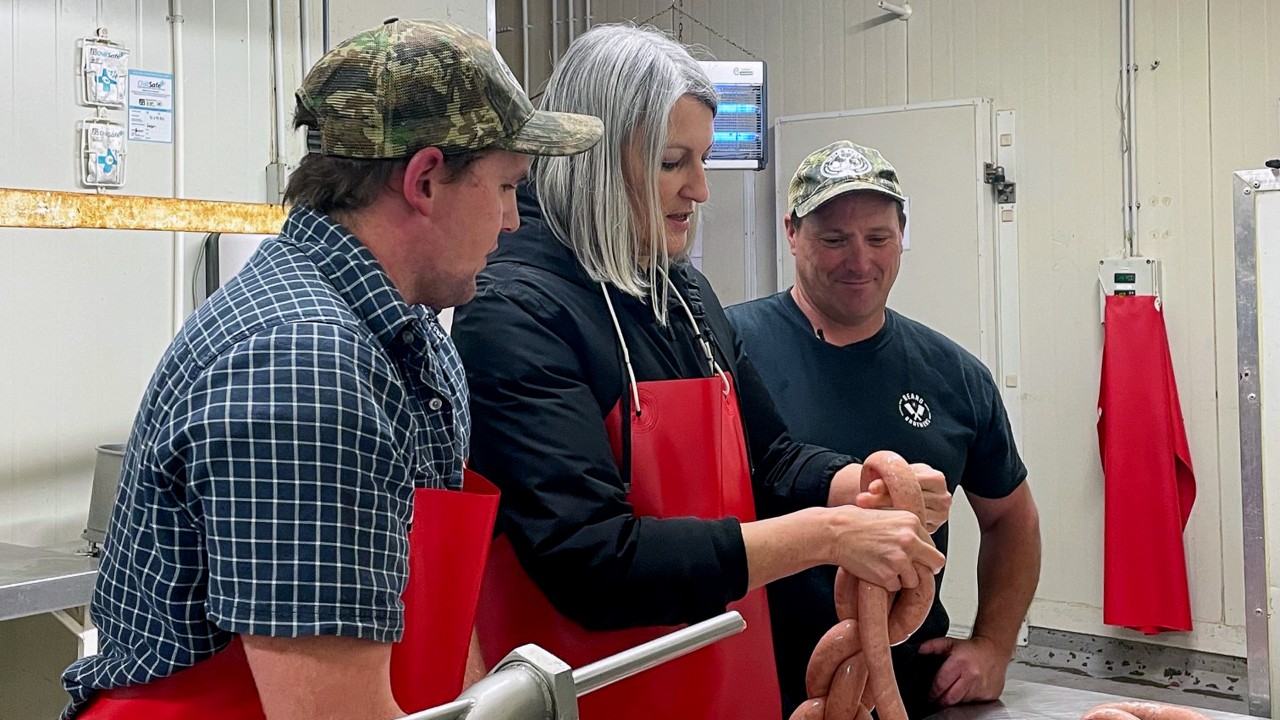 “Rob’s infectious passion for what he does rubs off on people - he brings people in, and you want to see him succeed, and we’ve certainly done all we can to support the growth of his businesses,” Ms Watson said.

She applauds Rob’s decision to simplify his business structure, and focus on his strengths.

“You can't do everything yourself, and being prepared to let things go is actually an important step on your leadership journey,” she says.

“In some cases, that might mean a professional board, or an advisory board, in some cases it's bringing in a general manager in the way that Rob did.

“As a leader, it's really important to take care of yourself, or else you can't have the energy to focus on your business, your staff, all the things that go with it,” she says.

Rob says ANZ has been “absolutely fantastic” in supporting his businesses, including through the early days, when ANZ stepped up to provide credit where other banks would not.

In the meantime, things are looking up for Wild Game Salamis and Beard Brothers – they’ve been flat out developing and releasing new products, with their recent pork and puha sausages proving very popular.

“I think we’ve grown 220 per cent in the past 12 months,” Rob says, “and it wouldn’t have happened without getting help - there’s no way.” 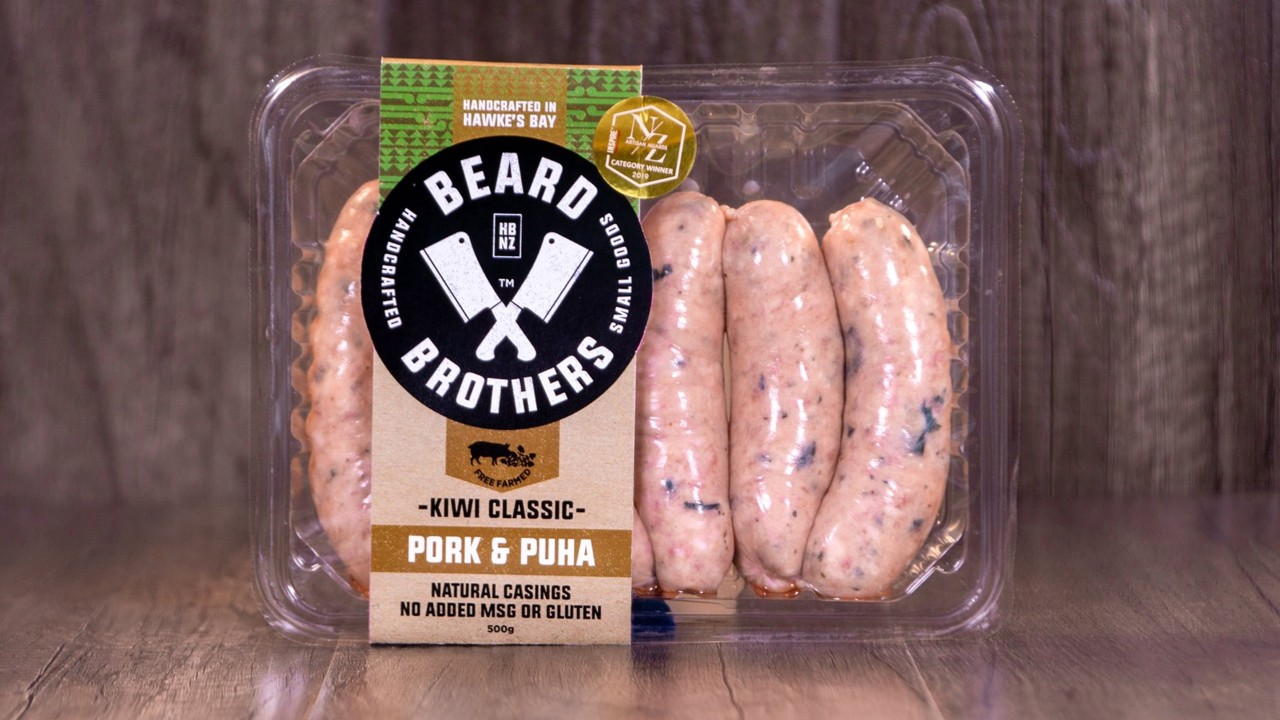 And he’s never been happier.

“With the right people behind us, it’s just exciting again,” he says.

“I’m just having fun now – I’ve turned it into fun - and if you look at the time I can spend with the kids and Lara now, that’s real success.”

This year, Rob ran a fundraiser for Mental Health Awareness Week, where 50 cents from each pack of sausages would be given to Lifeline, and raised more than $10,000 for the cause, so even more Kiwis can get the help they need in tough times.

The last year has been a tough time for some of our smaller exporters and it looks like getting goods offshore will continue to be a struggle as they face rising shipping costs and dropping capacity, with the situation not likely to improve well into 2022.

One of the country’s largest couch retailers has committed to paying farmers a ‘fair price’ for their wool, as part of its sustainability push.