If a reminder was ever needed, the Covid-19 pandemic has put a clear focus on the vital role infrastructure plays in our modern world.

There’s no way so many of us could have continued to work remotely during lockdown without the Ultra-Fast Broadband network, a $1.7 billion investment kicked off by the Government in 2008.

While some sectors have been hit harder than others by the lockdowns, our ability to operate online has been one saving grace, keeping many businesses alive and many Kiwis in their jobs.

At a time when we have needed it most, the pandemic has also brought into focus the state of our health system, and what can be described as an underinvestment in critical infrastructure across both rural and urban New Zealand.

The Government has committed $57 billion over the next four years to upgrading roads and rail, schools and hospitals, housing and energy generation.

While a great start, the need for further investment is clear, especially as our cities move to more intensified living, our water supply network needs upgrading and we transition to a low-carbon economy and the changes that come from a warmer world.

But the lessons of the past tell us there’s a need to explore new ways of sourcing this investment that enable us to move beyond catching up, provide certainty for those planning decades into the future and minimises the burden for ratepayers and taxpayers.

It will require new thinking by both the public and private sector.

"The needs for further investment is clear, especially as our cities move to more intensified living, our water supply network needs upgrading and we transition to a low-carbon economy and the changes that come from a warmer world."

One project I recently visited in Northland shows what can be done when the door is opened to bespoke and community-focused funding arrangements.

The expansion of its geothermal power generation at Ngāwhā now makes the Far North district self-sufficient in terms of electricity, and all of it now comes from a renewable source.

Before the station was commissioned, most of the region’s power supply was imported from further down the North Island, resulting in higher costs for consumers.

Now, with all its electricity produced locally, Top Energy is able to export it to the rest of the country, generating savings and value to the local community.

ANZ played a pivotal role by financing the project in a way that meant the company didn’t need to raise additional equity, ensuring it remained 100%  owned by the Top Energy Consumer Trust – which represents the power consumers of Northland.

In a region where power prices are among the highest in the country, the project is a key part of the Trust’s aim to support economic growth and, over time, provide savings to consumers through reduced wholesale pricing of electricity.

It’s already making a difference. Top Energy has been able to reduce its line prices by 15% and has been able to increase the discount offered to the consumers by 25% directly due to the new power station.

This project is a great example of how smart investment can be mobilised to build and future-proof key infrastructure that brings tangible long-term benefits to New Zealand communities. Even from ANZ’s initial involvement with the project, we could see it was something special.

Top Energy was focused on establishing energy independence from the rest of the North Island but only if it could be done without have to sell a share to investors.

That meant ANZ had to think a little bit differently about financing the project to maintain full consumer ownership.

We were able to pull together years of experience financing similar projects, and find a way to structure a solution that met the needs of both ANZ and Top Energy. 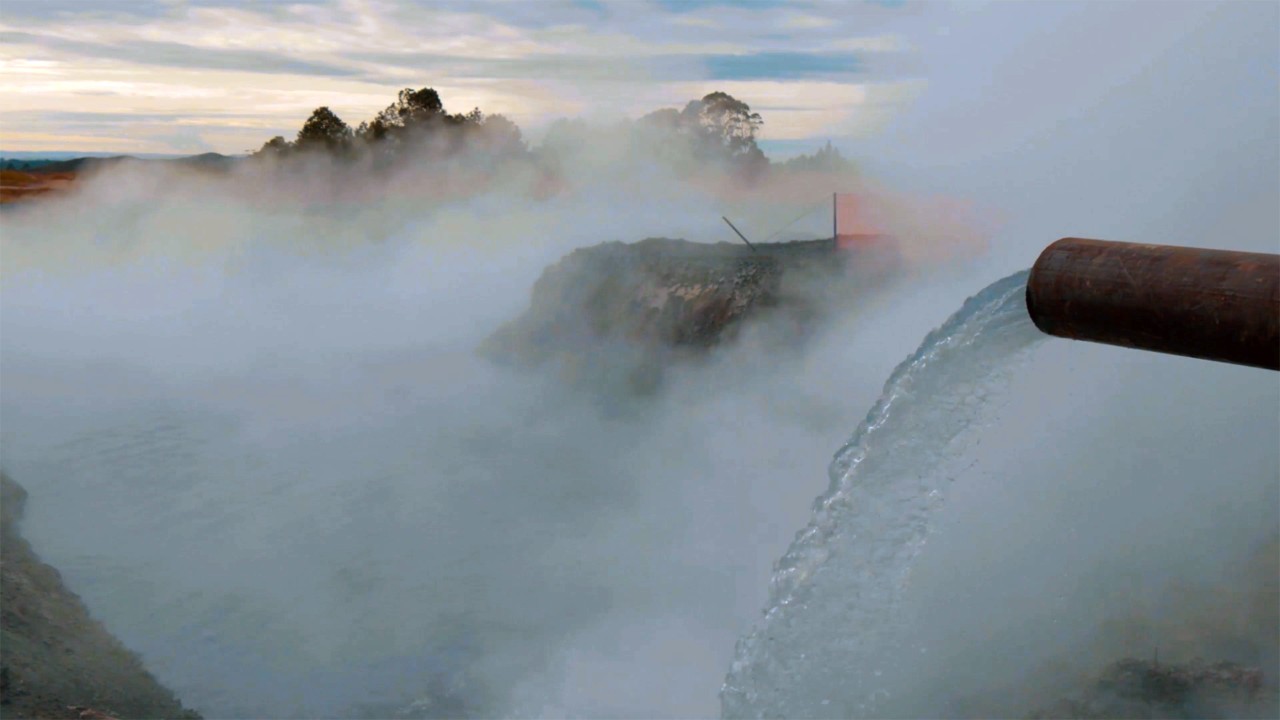 The result has been a huge success – with the new station coming online six months early, producing more power than expected and exceeding the company’s financial forecasts.

The other great thing is the way a project like this contributes to the country’s climate change objectives and the Government’s goal of making all our power generation come from renewable sources by 2030.

In addition to creating jobs and stimulating economic activity, new and upgraded technology-enabled infrastructure has the potential to further reduce future costs.

With the world taking steps to rebuild after the disruption of Covid-19, infrastructure is also central to many leaders’ plans for economic recovery – and New Zealand should be no different.

Money for infrastructure investment will always be tight, and governments and private companies will continue the difficult balance of future vs immediate spending priorities.

The Ngāwhā power station expansion shows what is possible when infrastructure companies and financial institutions work closely together to deliver on a project that meets our growing demand for power while also supporting the needs of future generations.

This article was published in the New Zealand Herald

Inner-city Auckland apartment 26Aroha aims to make rental apartments as nice - if not nicer - than owning your own home.

ANZ has been recognised for its industry-leading work with Auckland Council in sustainable finance at this year’s INFINZ Awards.

ANZ NZ CEO Antonia Watson talks about how banks can act as a catalyst for everyone to reduce emissions and preserve our natural environment.