Taking time out with bats and balls 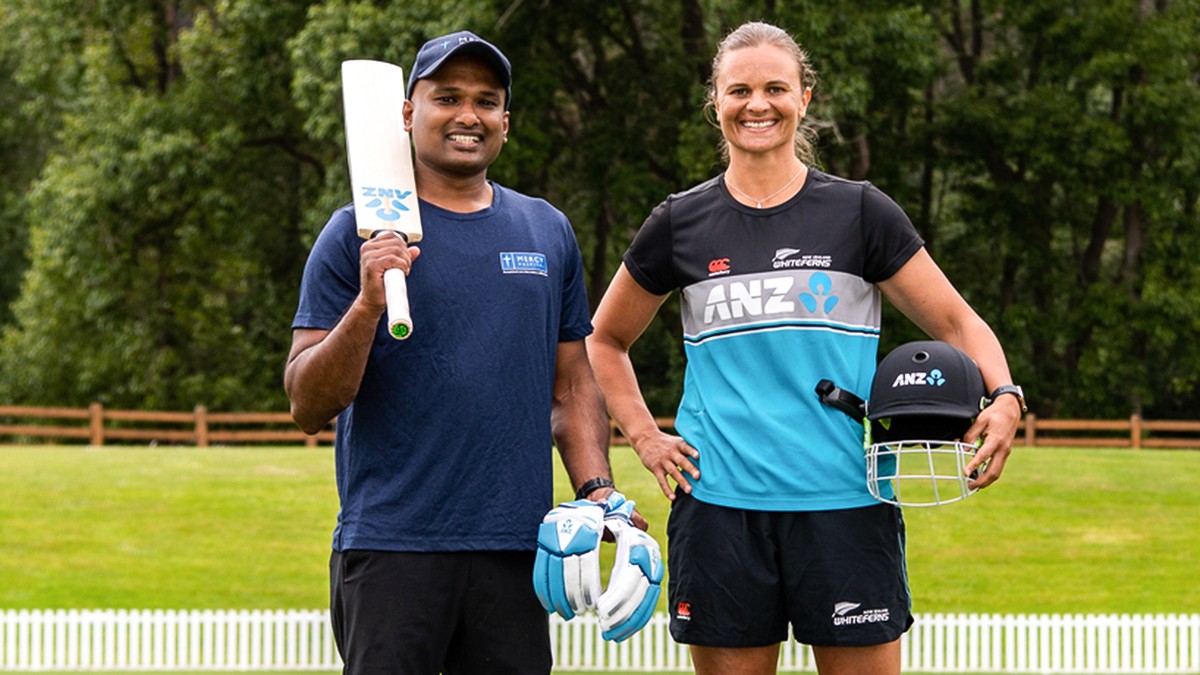 When you spend time caring for other people, it’s important to take care of yourself too, which is why nurse Christie Kannammalil started a social cricket team to help his colleagues at Mercy Hospital in Dunedin unwind from the pressures of their job.

After just a few months he uncovered a few potential cricket stars working on the wards, helped staff get back in the game after years away from the pitch, and created a community of support where people can share the highs and lows of their day.

Support from the ANZ Cricket Grant has seen the team, called Mercy Cares, receive much-needed cricket gear to use in games and for practice. ANZ has been the major sponsor of New Zealand Cricket for 22 years and that includes supporting the cricket community with the ANZ Cricket Grants. Over the years more than $1.6 million has been given to clubs, schools, teams and individuals.

ANZ NZ head of sponsorship and corporate marketing Susan McGregor says she’s pleased the grant has helped the team at Mercy Hospital play cricket as a way of taking their mind off pressures they experience at work, we know just how important both physical and mental wellbeing is.

“Sport is such an important part of every community and we’re proud to be able to make a difference for those who can do with a little help,” she says. “When we read Christie’s application and heard his story, we knew how much this grant  would help them.”

Kannammalil says he couldn’t believe it when he heard his grant application was successful, and was delighted when White Fern Suzie Bates presented him with the gear in person and offered to share a few tips with the team.

“This is the first time I have received anything like this in my life,” he says. “As healthcare professionals we are doing our job, but it’s wonderful to get this recognition.”

Kannammalil says it has been a challenging couple of years for people working in healthcare and he wanted to do something that would help his colleagues de-stress.

“I’ve seen other nurses struggling in the pandemic and many don’t have family around,” he says. “My family is overseas, and we wanted them to come out and visit their grandkids, but that’s not possible. There were a lot of mixed feelings. I saw social cricket as a medium for us to come together on a Monday evening and share those feelings.”

After putting a notice in the staff newsletter, a mixed team of nurses, anaesthetists, surgeons and support staff signed up and Mercy Hospital paid the registration fees to enter them in social cricket.

While they had plenty of spirit and enthusiasm for their first game, Kannammalil says they were somewhat lacking in gear. He plays club cricket as well, so was able to share his own bat with the team, but it was challenging to make do with limited gear.

“We need at least three, because if two are batting on the pitch, a third bat is needed for the next person to practice.”

That’s no longer a problem thanks to the ANZ Cricket Grant. The new gear means the team can concentrate on their game.

“We dropped a few catches the other day, but it’s all about participation and team spirit,” says Kannammalil. “Sport is a great way for people to come together.”

As the team improves, Kannammalil has his sights set on taking them into a higher grade, while still maintaining a strong emphasis on team spirit and supporting each other.

“Thanks to ANZ for understanding our dream and helping us realise those dreams.”

Apply for an ANZ Cricket Grant at anzcricketworld.co.nz

This article first appeared on Stuff.co.nz

The LAR Barbarians contributed four members of Fiji's Olympic gold medal-winning squad - and the woman managing the team says they put a lot of sweat and tears into getting there.

The ICC Women’s Cricket World Cup 2022 (CWC22) today announced that fierce supporter of women’s sport ANZ Bank New Zealand will be an official sponsor of the tournament which will be held in New Zealand.