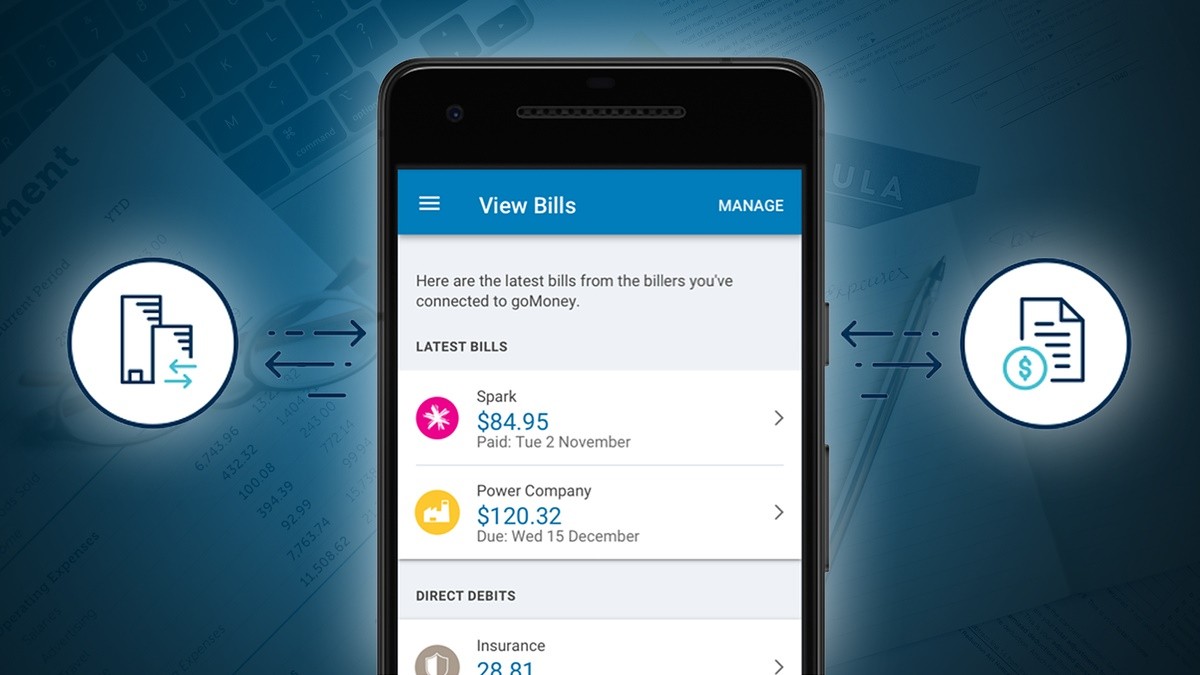 In an effort to help hundreds of thousands of Kiwi consumers stay on top of their bills, ANZ and Spark have teamed up to roll out a smart new billing feature.

Called View Bills, it’s the first time a New Zealand bank has given customers a way to securely incorporate their bill details into their banking app, giving them greater visibility and control of what bills need to be paid, and when.

Spark New Zealand is the first to be integrated, but there are hopes other large companies will follow.

“It's great, very easy, and having everything in one place is so handy,” one customer taking part in a trial of the feature said.

“We know some people struggle to remember when to pay their bills, and often forget to pay on time,” ANZ NZ Managing Director, Institutional, Stuart McKinnon says.

“We’ve been able to bring those bills into our mobile banking app goMoney - all in one place - meaning customers can manage them more easily.”

"“It may seem like a relatively minor change, but I think it has the potential to make a big difference to many people’s lives.”

Customers taking part in a trial of the feature were less likely to miss a bill payment, and more likely to pay their bills before the due date.

“Research tells us that it’s the small, everyday actions that have the greatest impact on people’s longer-term financial health,” McKinnon says.

“It may seem like a relatively minor change, but I think it has the potential to make a big difference to many people’s lives.”

Once a customer agrees to use the new service, their bills are shown in goMoney.

Bill details and particulars, including how much is due and when, are automatically populated within the app.

It even shows the customer whether there is a scheduled payment, an existing direct debit or recurring credit card transaction set up.

This ensures payment details are correct, and removes the need for customers to hunt out details like account numbers and references from other apps or emails, which can cause errors.

This simple change in process will help customers retain visibility and control over their finances. 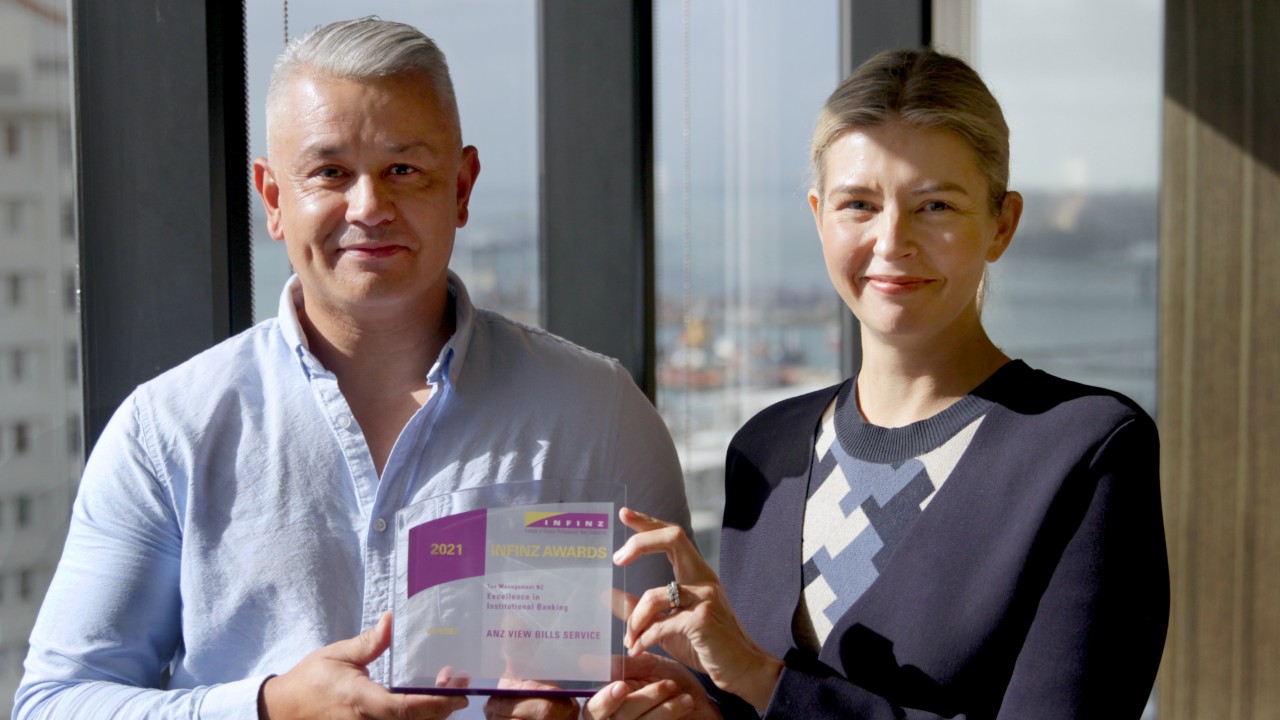 The new feature - which won the award for Excellence in Institutional Banking at last year’s INFINZ awards - makes managing and paying bills much simpler and more streamlined for customers, but it can also benefit companies that adopt it.

In a trial, ANZ discovered that customers were eager to adopt the feature, and used it to pay their bills earlier, on average, two and a half days earlier than they had a year before.

The difference will be of great benefit to companies aiming to better manage their cash flow, while also helping consumers reduce the number of missed or late payments, which can result in bad debts.

“These large companies have told us that many of their customers fail to use the correct reference codes when they make a payment online,” McKinnon says.

“This means they have to reconcile the payments with the bills issued – so by pre-populating the payment details, we can avoid this and make it an altogether more streamlined process.”

In the future, this feature could save companies the considerable expense of printing and posting bills to ANZ customers, who may choose to receive their bills through goMoney.

Initially the feature will only be available to ANZ customers with an active consumer Spark mobile plan, but other large telecommunications, energy, utility and insurance companies could also benefit from using the service.

ANZ considers the collaborative approach it has taken to developing the technical specifications is critical to supporting the development of services like this, and broader Open Banking services in New Zealand.

“Initiatives like this have the potential to dramatically change the financial services landscape,” McKinnon says.

“They create the opportunity for banks and other parties to work together openly to harness their combined capabilities, and to empower customers with more choice, control and transparency over the sharing of their financial data with other parties.

“As the ideas around Open Banking develop in New Zealand and we see new ways of giving consumers greater choice, I think this service gives us some really good insights into the path we need to take in the future."

An innovative and industry-leading bill payment service - which gives ANZ customers greater visibility and control of what they need to pay, and when - has won a top prize at the 2021 INFINZ awards.

Taking everyone on the digital journey

Navigating the digital world isn’t something that comes naturally to everyone, especially older customers. That's why ANZ is offering tech workshops in branches and retirement villages.

Digital Equity For All Ages

To support the UN International Day of Older Persons ANZ is urging everyone to offer older family or friends help with technology.