Nigel Latta: Anxiety about return to work is normal - but it will fade 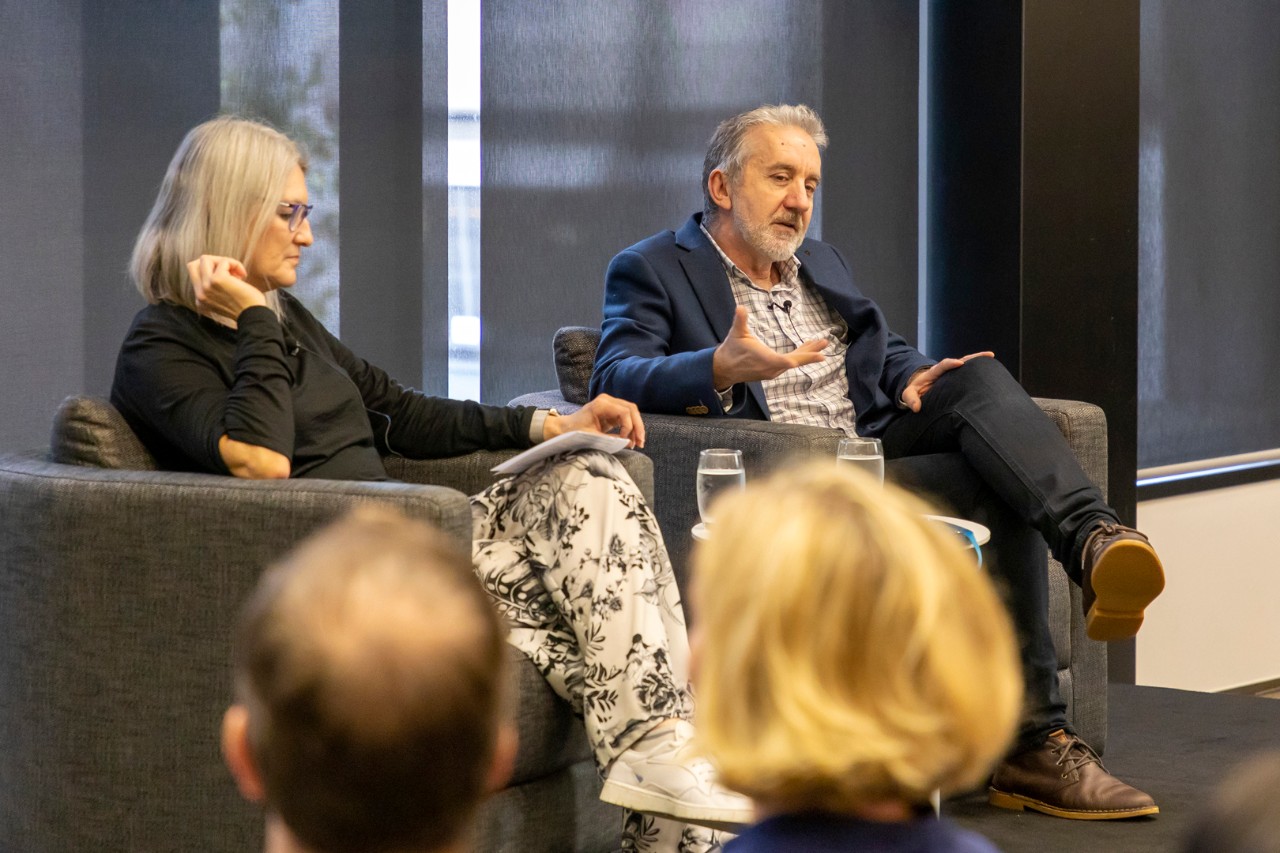 Psychologist and author Nigel Latta says being anxious about returning to the office is “a rational response” – but “we can’t let those feelings drive the bus”.

Latta spoke with ANZ New Zealand staff in Auckland, where he shared his thoughts on the return to the workplace following widespread Covid-19 lockdowns, which saw many people convert to a work-from-home model.

“A lot of people are thinking coming back into the office is going to be weird, and a lot of people do feel anxious about it - and we've just come out of a global pandemic, so that's actually a rational response,” he said.

“Our brains are really all about threat - we've got these ‘cave-person’ brains - so given that we've just been pummeled over the past couple of years about how crowds are dangerous and bad, for a lot of people this is still quite anxiety-provoking.

“It's normal to feel anxious because we've been away from things for so long - that's a normal response - but what will happen is we'll just get used to it, we'll just do it again, and it won't feel weird for very long."

Latta acknowledged that a blended work model, with some time spent working from home and some spent in the office, had become the new normal for those able to work this way.

“I think it's just going to be a reality of the world now that this is what we do,” he said.

One thing blended teams need to look out for, though, is that their remote workers may not feel part of the team, and Latta suggested “it’s on all of us to make everyone still feel connected.

“Our sense of belonging is profoundly important - humans got where they are through teamwork,” he said.

“It's easy to lose the sense of those people [remote workers] being out there, so we need to be really intentional about making sure it’s really easy for those people to be a part of what you're doing - that everyone gets to weigh in.

“If you don't do that you're going to have two separate teams.

“Services like Zoom or Teams are super useful, but the problem with them is that our brains have to work so much harder during online meetings, because we miss a lot of social cues.

“When we're using our energy to figure out things like group dynamics, we're just diverting resources that we need.

“One of the things that makes for highly effective teams is a sense of psychological safety, which is when you have confidence that the people around you aren't going to have a go at you, and you can talk about things, critique things, and suggest ideas, and people aren't going to think you're stupid.

“And you miss that stuff with online meetings - you don't get the same feedback, so your brain works much, much harder to try to figure out how other people are responding to the things you're saying.

“So I think online meetings have a place, but it's hugely important for anything complex or strategic or creative or conflicting, that it gets done together as people in rooms, because that's when we get lots of energy - we feed off other brains.” 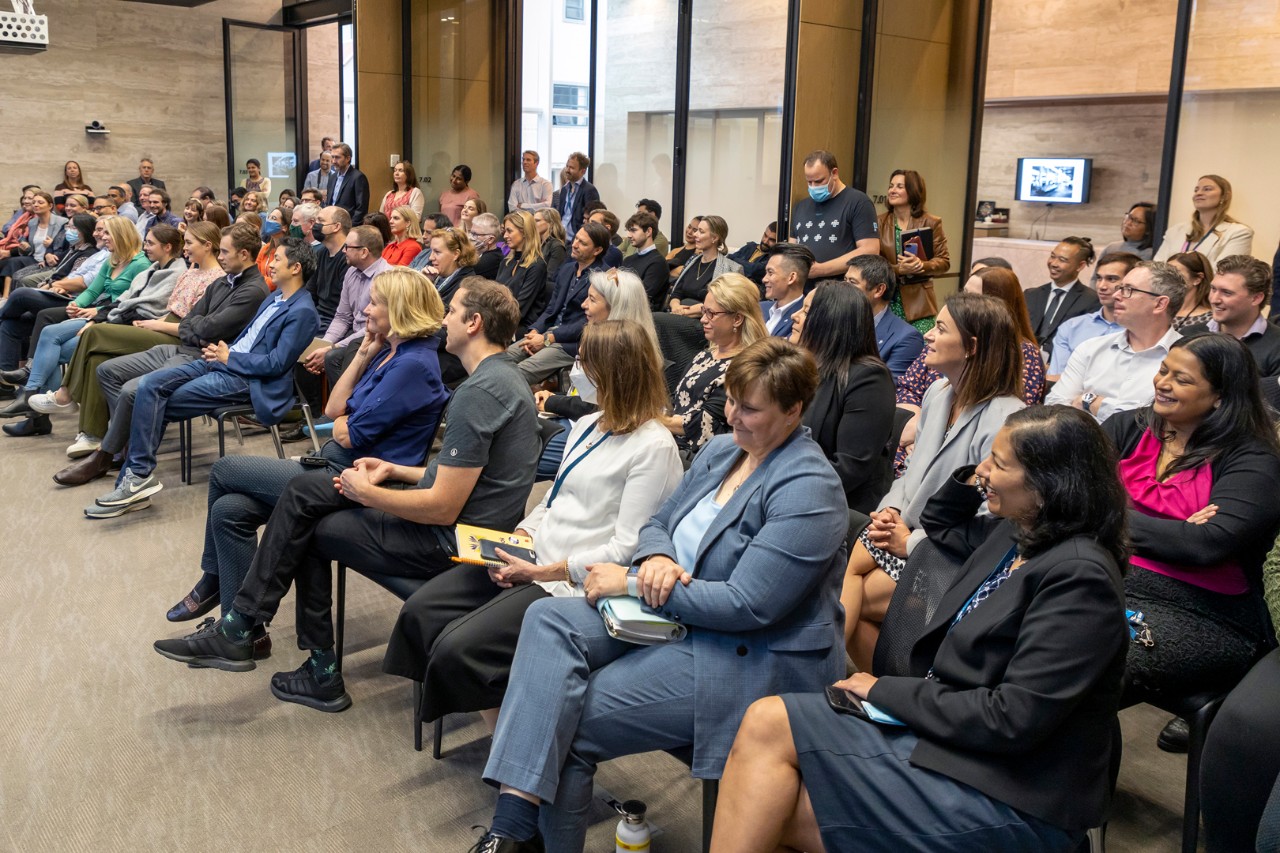 Additionally, people need to stay mindful of the fact that returning to workplaces will be more difficult for some than others, and Latta suggests we take extra time to check in on each other.

“We have to be a little bit nosy about how we're all doing right now,” he said.

“It's about asking people how they're doing - there's no special way of asking.

“Most of us don't want people to solve our problems - we just want to feel seen, and heard.”

For those trying to manage their own anxiety and stress, Latta’s advice was simple: focus on what you can control, and let go of what you can’t.

“Anxious feelings are about pulling away from, and avoiding stuff,” he said.

“We've just come out of 18 months of everything being able to change at a press conference, and humans are not good with uncertainty - we like certainty.

“We need to learn to let go of the idea that we can control everything - the world is no less certain than it ever was, it's just a bit more in our face, so I think us getting our heads around that is quite useful.”

A new father to twins would love to see more New Zealand employers review their parental benefits – if they want to retain committed employees and help create a well-adjusted next generation.

Lessons learned in the Pacific should be noted in NZ

ANZ Cook Islands Country Head Bernadette Shaw writes that, whether in New Zealand or the Cooks, business owners would be wise to take steps to ensure the foundations of their business are strong.

ANZ New Zealand General Counsel and Company Secretary David Bricklebank heads up a large team at the bank - but he knows the importance of downtime, as well.