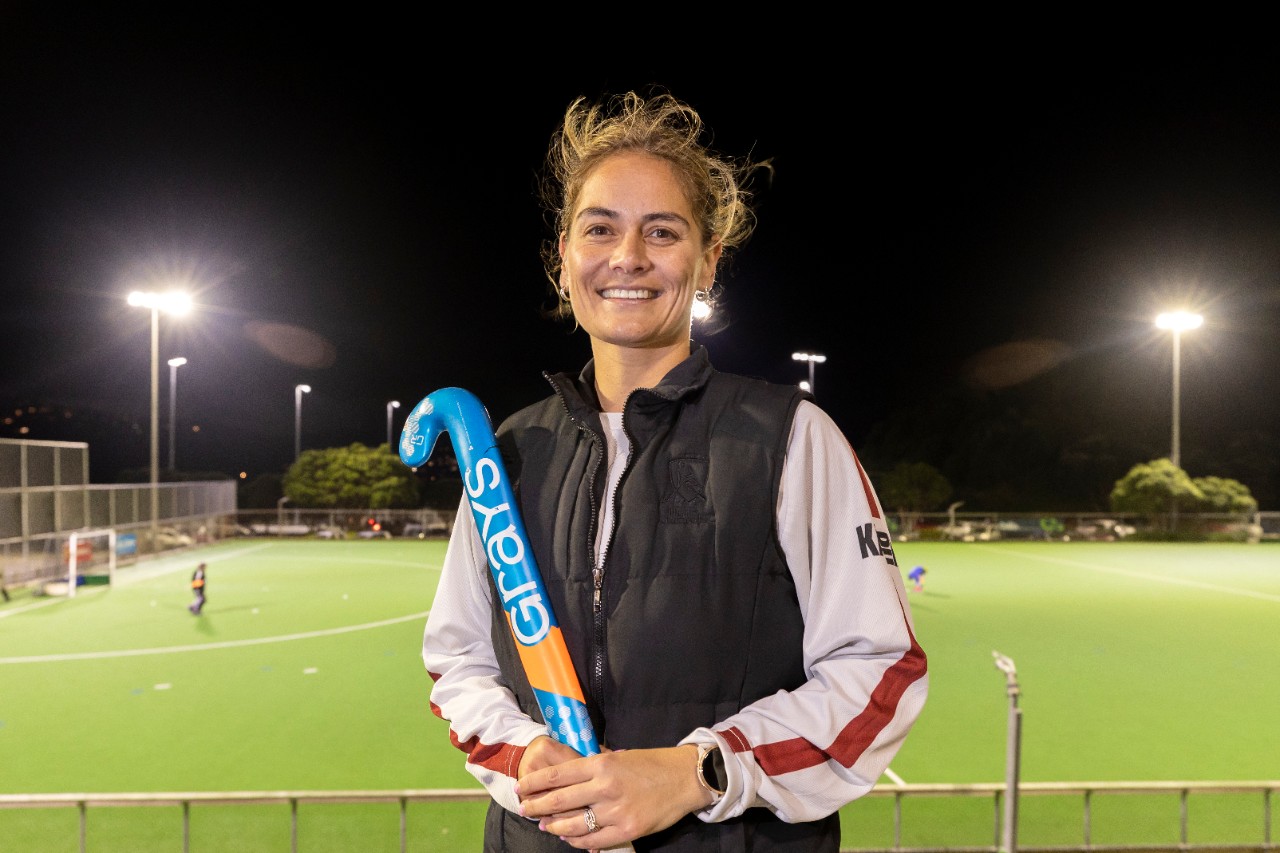 Seven years after being dropped from the Black Sticks Women while suffering from a dangerous exercise-related allergy, Wellington hockey player Aniwaka Haumaha is back - and more than ready for her first-ever Women’s Hockey World Cup.

Last selected for the New Zealand squad in 2015, the 33-year-old defender will be representing Aotearoa at the World Cup in Europe in July – but it’s been a long and hard road to get there.

Aniwaka’s recall to the Black Sticks is all the more remarkable considering she has had two children since her last call up – and has also grappled with a serious medical diagnosis.

“I found out I had allergies to shellfish and penicillin - and those caused me to have exercise-induced anaphylaxis reactions.

“Bummer, being a Māori girl who loved shellfish – but it was also dangerous for me, at a high performance level.

“The nine months of testing to find out took its toll on both me as a player, and on the team – at the time everyone was worried about what might happen if I stepped out on the pitch.

“Would I react? Would I collapse?”

She admits her allergy diagnosis probably wasn’t the only reason she was dropped – but it didn’t help.

“It happened in the year our World Cup and Commonwealth Games squads were being selected - my chances of selection for either were virtually non-existent.”

Looking back now, Aniwaka realises she was fighting a long battle against her own body - and her mind.

That year she travelled to a tournament in San Diego, playing in harsh, desert-like conditions close to the Mexican border – and was only allowed a strictly-controlled diet, due to her condition.

“I lost about 5kg during the tour,” Aniwaka says, “but it didn’t matter what I had going on physically - it was the mental challenge that was the greatest threat.

“I knew that if I could get through that, I was mentally a lot stronger than I thought.

“I share this story to remind people that some things are out of your control, and you either accept that it’s the worst thing ever, or you rise to the challenge.”

Aniwaka, who affiliates with Ngāi Tūhoe, and with Te Arawa/Ngāti Ngāraranui through marriage, was inspired to play hockey as a child by her sister Niniwa Roberts – who later also played for the Black Sticks.

“Watching her fulfill her dreams of representing New Zealand - all the sacrifices, and hectic training schedules she endured during her time - made me also want to do it to,” Aniwaka said.

“Through my five years at Wellington East, Di coached me and challenged me, both on and off the field - and sat me on the bench when I was being a teenage girl, having a tantrum,” Aniwaka laughs.

One moment in particular sticks in her mind – just before a Marie Fry tournament final, Di shared Dr Seuss’s ‘Oh the Places You’ll go’ with the team – and it struck a chord.

“She came up to me just before the game and said ‘this game is going to be a journey, Ani - like the book said - you can influence parts of this if you want to, or you can choose to sit back and ride this out with everyone - but you are better than everyone’.

“It has stuck with me to this day, because she was right - I could influence the game as a player, and I did by taking a penalty stroke for us to win the game.”

After being dropped in 2015, Aniwaka says having a family “was always on the cards”.

The following year she was recalled to the squad – but had to politely decline after finding out she was pregnant with her daughter.

“After she was born - nine weeks later - I played in a NHL game in Wellington - I still loved hockey and I wasn’t ready to hang up the stick, at a national level,” Aniwaka says.

“In 2020 my son was born, and once again, ‘Crazy Ani’ was back on the pitch five weeks after having him, playing club hockey.”

Between everything else, Aniwaka has been working full-time at ANZ, leading a team of developers working on the bank’s app, goMoney.

“I sometimes don’t know how I fit it all in, and I always get told I’m like a superwoman,” she laughs.

“If I’m not on a hockey trip or at training, I’m at home, going to swimming classes, doing drop off and pick up, and then working around all of that.

“What helps me is ANZ’s attitude towards flexible working, which gives me the ability to juggle my commitments a lot more easily.

“It’s important to note my husband’s role is flexible too, which makes it easier for me to be a mum, have a working career and also play hockey.

“And that’s exactly the order of most importance to me - I’m a mum first, then a people leader at work, and hockey follows.” 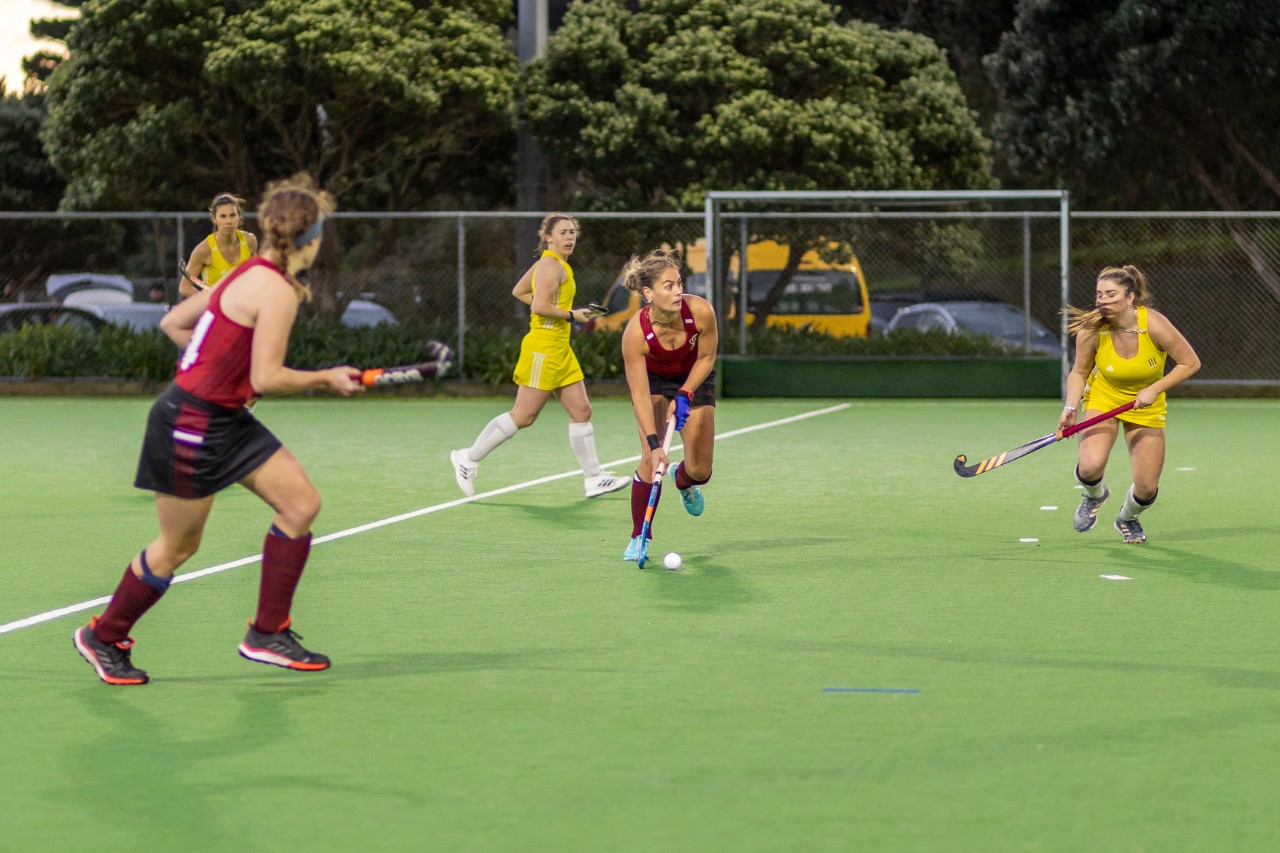 The Women’s FIH Hockey World Cup runs from July 1-17, and will take place in Spain and the Netherlands, with the Dutch currently holding the title.

“Heading to the World Cup in a July is a dream come true, honestly,” Aniwaka says.

“This time around - this isn’t the work of one person,” she says, “this is the work of my entire whānau, my village.

“To be able to come back to high performance sport with two kids is not an easy feat.

“Sometimes I think I’m a bit crazy to do it all again - but to be able to say we have done it is so rewarding.

“It makes the sacrifices worth it - leaving my husband and babies at home while mum trains to be fitter, faster and stronger - all to fulfil a dream of showing my babies that anything is achievable - and to be proud of what I achieved for them.”

The FIH Hockey Women’s World Cup runs from July 1-17 - you can watch it on Spark Sport.

A new father to twins would love to see more New Zealand employers review their parental benefits – if they want to retain committed employees and help create a well-adjusted next generation.

A gold medal for confidence

ANZ CEO Antonia Watson visits Cambridge to talk to Olympic gold medalist Emma Twigg about what is driving, and also holding back, women from success. The Watch Women Win report found that confidence, fear of failure and being judged are the main factors holding many women back. The results really resonated with me because I have experienced some of those things. I know first-hand the importance of encouragement and support, and how important it is to have visible role models. This year we’ve decided to explore the findings of our Watch Women Win report with a fresh generation of leaders and influencers - to learn from their successes and hear what they think has held them back or helped them. We want to shine a light on their achievements and share their stories. I also want to take what we learn and apply it in my own sphere of influence, using their insights to help change our business for the better.

ANZ is seeking the next generation of female cricketing talent to join the ANZ Next XI.