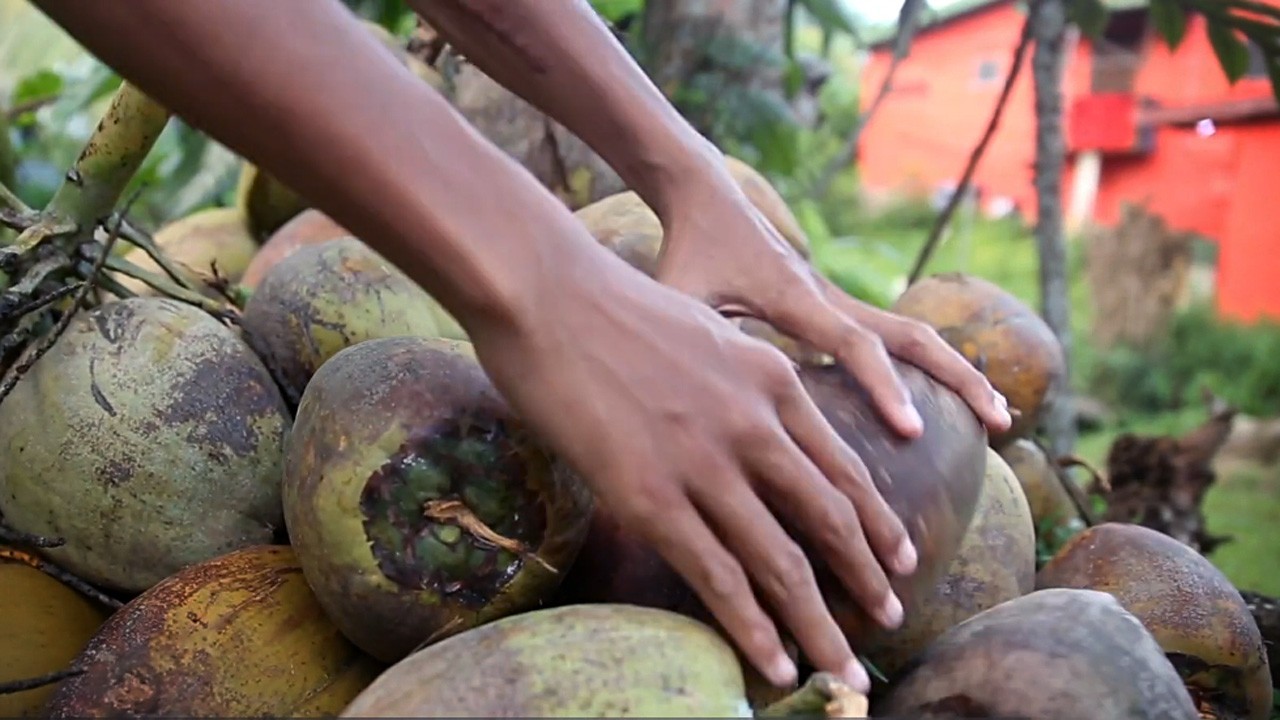 A Vanuatu energy company is working on a biofuel project that is uniquely Pacific in its approach.

UNELCO General Manager Mark Perraud says coconut oil biodiesel could be the “silver bullet for Vanuatu in reaching its climate commitments” – ambitious, to say the least.

The small island nation wants to be 100 per cent fuelled by renewable energy by 2030.

UNELCO is experimenting with a variety of sustainable energy options to suit their tropical climate, including wind, solar and biofuels.

The company first envisioned using biodiesel from coconut oil to run generators way back in 1982.

Diesel generators are the go to for most people in Vanuatu, where many live in remote locations, but the abundance of cheap and readily-available petroleum diesel at the time made using coconut oil uneconomical.

Now, with diesel prices increasing, and a country-wide commitment to move away from carbon-producing fuels, they thought they’d have another crack at it.

Frédéric Petit, Development Manager for UNELCO in Vanuatu, was tasked with making it happen.

“We started to see the price of diesel increasing, and increasing to such an extent that we were afraid there would have been issues for low income customers to pay their bills,” he said.

“So we started to run diesel generators with coconut oil.

“It has, really, many benefits for the whole society – it’s a whole small world that is providing jobs, taxes to the government and money to the VNPF, our social scheme here in Vanuatu.”

UNELCO created a coconut oil biodiesel mill, and with the help of a loan from ANZ, it now plans to double the size of its solar and wind farms, while continuing to add electrical infrastructure across Efate.

As it stands, there are enough coconuts harvested in Vanuatu to make enough biodiesel for the whole island.

“We currently consume about 14 million litres of fuel and it can be substituted for 16 million litres of coconut oil, so the current supply of Vanuatu would be sufficient to already go 100 per cent green if we managed to purchase it all,” Mark said.

“The challenge today is that the coconut market is atomised, in that we must deal with many small suppliers – so it makes our procurement job quite complicated, and the objective will be to structure this market in the future.”

Mark said creating the coconut oil mill will encourage new suppliers to come on board.

“The objective is to incite people through the proof of concept [the coconut biofuel mill] to join the market and become our suppliers of coconut fuel.”

Biodiesel made from coconut oil produces much less harmful emissions compared to petroleum, and it also cuts down on the environmental and financial costs of bringing diesel to the islands.

Nothing goes to waste during the milling operation – the oil is extracted, and the remaining products can be used for things like animal feed, rope and handicrafts.

Cyclone rebuild an ongoing challenge in the Pacific

Following a $500,000 donation by ANZ to a number of Pacific charities, including the Red Cross, ANZ sent a cameraman to the small Fijian island of Vatulele to see rebuilding efforts after recent cyclone damage.

Making the Most of It - One Grad's Story

Immigrating from Papua New Guinea to New Zealand, Scott Sause knew he wanted to make most the opportunities, including the ANZ Graduate Programme.