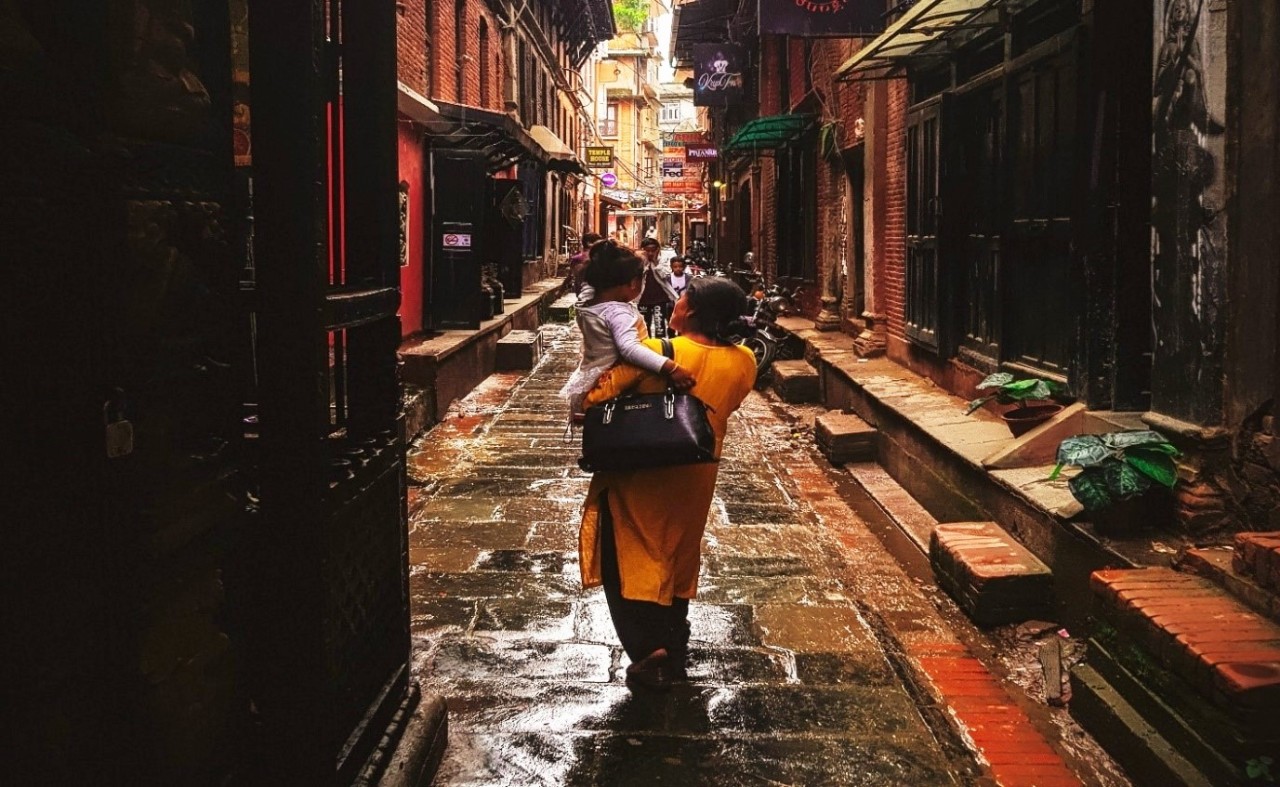 “I didn’t know about the word asylum,” Sara* says. “I didn't have any knowledge about it, I didn't know that Australia offers asylum.”

Sara came to Australia six years ago with her five year old daughter for a holiday.

“I had no intentions of staying in Australia as a permanent resident,” she tells ANZ News. “However, just before leaving South East Asia, my circumstances changed for the worse, our lives where threatened and my husband left me, so I was counting down the days of when we were to return.”

Confused and alone, Sara had nowhere to go and didn’t know what she would do next.

“I am the first and only women of my family and extended family to be living alone and overseas. I didn't cry. I didn't show it because I always aim to go for solutions without wasting a single minute,” she says.

For Sara, together with her own incredible resilience and determination, the solution was the Given the Chance program. Since 2007 ANZ and The Brotherhood of St Laurence have provided work experience to refugees and asylum seekers to help them enter the local workforce through the program.

Shayne Elliott, CEO ANZ says “I’m extremely proud that we’re able to run the Given the Chance program in partnership with The Brotherhood of St Laurence. The program gives asylum seekers and refugees an opportunity they may otherwise not have, and it has given ANZ access to talent and diverse thinking from a section of our society which would go untapped.”

While the program provides economic security and assistance to overcome the barriers faced settling into a new country, starting a new life, in a new country is not easy, as the story of Sara a graduate from the program, makes starkly clear.

While visiting a local mosque, a man heard Sara talking about her situation and said: ‘I can take you to my home, it’s not far from here, my wife and kids are there’.

With nothing more than a couple of suitcases, Sara went to his home.

“His wife was lovely and welcoming and explained how I could apply for asylum, leading me to consider a life in Australia to protect myself and my daughter, and create a safe future for not only her but also myself,” she says.


“I came from an educated background, have a degree in commerce, a diploma in computer science and I’d studied English from the time I was in grade one. I lived in an affluent area and had nine years of professional experience in large multinational corporations,” Sara says.

Although Sara believed she would be unable to get a professional job in Australia “people told me to leave whatever I’d done in my country there and start a new life. They said I would be able to get a job cleaning”.

“I was homeless with my little girl and I needed a chance to re-build our lives here in Australia,” she says.

It was around that time that Sara received a call from The Brotherhood of St Laurence.

“They didn’t want me to do the job of cleaning. They asked me if I wanted to work at ANZ,” she remembers. “I said this is a dream, yes I want to work at ANZ!”

Within one month of completing her training Sara was offered a role through the Given the Chance program. After a short time, she was offered a permanent role at ANZ.

“This was my first success in Australia and led me to rebuild our lives here, with safety and freedom," Sara says. “After coming here, although I faced a really hard time, ANZ has played a great role in my life. I feel very lucky.”

"Our program has proven it is a win-win for both jobseeker and employer. The jobseeker is helped to build a better life, and the employer gains a more diverse workplace with employees who are committed to making the most of their opportunity." Jo Tabit, Senior Manager Given the Chance.

Passionate about community service, Sara is keen to help educate others and raise awareness of the challenges faced by those trying to start a new life.

Sara says her life motto now is to help others.

“I volunteer a lot of my time to the community - running and organising open table events for people from all walks of life. I am also a community leader, an AFL community ambassador and I teach Aus Kick in my local community,” she says.

“I try to be involved in things my daughter likes so we can be together – she comes everywhere with me and I am so proud I have been able to achieve what I have so far and am able to give her the best chance at a good, happy and safe life.”

Ditch the resume, play games, get a great job

Resumes were once the starting point to match candidates with jobs. They no longer are the best approach.