Turning pumpkins into carriages of gold

“Most people are not generally interested in pumpkin seeds, but when they taste ours, yeah, they absolutely love it.” Sharan 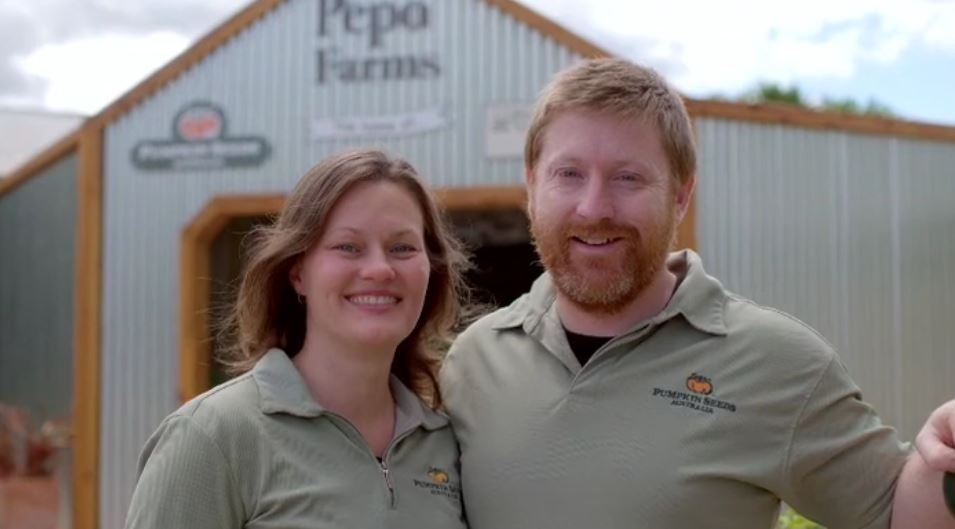 The Styrian is a special type of pumpkin. Its seeds don’t have shells. So they’re perfect for eating and oil.

In Australia, the only commercial growers are Sharan and Jay West Rivett, the husband and wife team behind the Australian Pumpkin Seeds Company.

For more than 15 years, Sharan and Jay have been developing their business – they now grow, manufacture, produce and distribute pumpkin seeds, oil and flours across Australia.

“We’re famous for pumpkin seed oil, which is a delicacy in Slovenia,” Jay explained.

“My dad was from Slovenia, so I’m a third generation Pumpkin Seed farmer,” Sharan adds.

“Most people are not generally interested in pumpkin seeds but when they taste ours, yeah, they absolutely love it,” Sharan said.

It probably helps that one of the seven flavours they offer is chocolate-coated.

Co-Founder of Longley Organic Farm shares how microfarming is making big waves in his business.

The pointy end of starting a small business

Transitioning a side-hustle to a full-time job takes time and practice, just like learning a new craft.