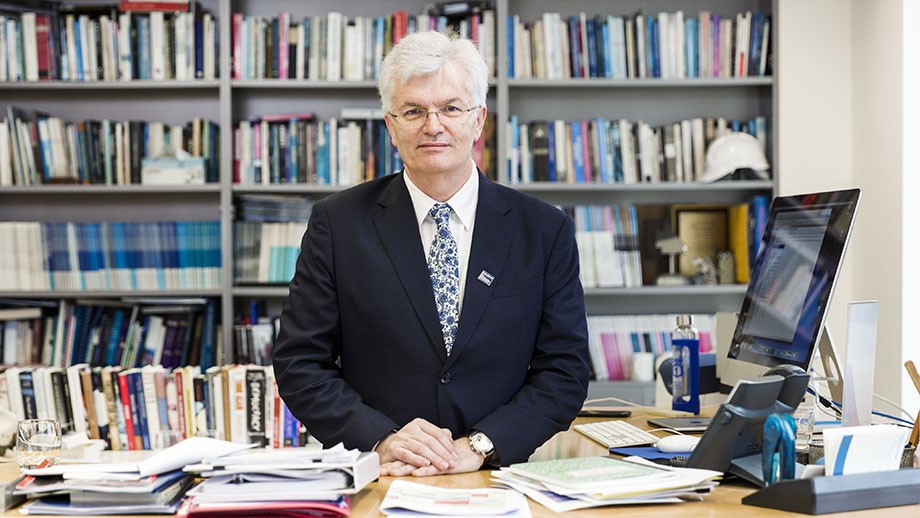 If someone gave you $4 billion and told you to do good things, what would you do?

After a lifetime building a private hospital business in Australia and Europe, Paul Ramsay passed away in 2014 leaving nearly $4 billion to a foundation in his name. The Paul Ramsay Foundation is now one of the largest philanthropic organisations in the world.

Leaving no instructions, Paul trusted those who followed to use the donation wisely. Initiatives supported by the Foundation are undertaken to reflect the humility, integrity and values of Paul. Through investment in partnerships with individuals and organisations the Foundation offers disadvantaged individuals and communities new ways to achieve lasting change.

Glyn Davis, Professor of political science and former Vice -Chancellor of The University of Melbourne was appointed to head up the Paul Ramsay Foundation earlier this year in a move whole heartedly embraced by the philanthropic and community sectors.

The Foundation collaboratively shapes initiatives with partners, investing in partner projects and providing intensive support with the understanding their success defines the Foundation’s and the achievement of a shared ambition.

With such a purpose, strategy is critical. “Strategy matters – it is how we respond when the world changes,” Glyn says.  “The right choices are what makes the difference between mediocre and great performance – whether you are a bank or a university.”

Take universities: on the surface universities have a clear mission and a strategy to respond to changes in the external environment. In the past generation, the main challenges for universities were funding, operating costs and student enrolments. Complicating those challenges has been the role of government on the funding and policy side.

As Glyn notes, universities need to attract students and prepare for a disruption of the market – most recently via the internet. Pushing the envelope of traditional classroom learning, the internet has also allowed more competition from smaller scale education providers in the market.

Initially, that web-based disruption came from Silicon Valley with initiatives like massive open online courses – MOOCs. It was a clever strategy but what wasn’t clever – according to Glyn – was Silicon Valley revealed its strategy to everyone.

Glyn makes a point, the strategies used to addresses this disruption seems to have worked.

“Education is now the nation’s third largest export, and very few predicted in the 90s that universities led by academics, emerging from a century of sheltered government regulation and funding, would be able to make their way in the world,” he says.

“In practice, higher education is now one of the most successful sectors in the entire Australian economy, with an annual growth rate that has long outstripped other commercial sectors.”

Back to the task at hand - will the strategy he and his team have put together work? Glyn says “I hope so, but cannot say with confidence until we’ve tried”.

“Paul Ramsay spent a lifetime accumulating this fortune and we owe it to him to apply it in ways that speak to his values and aspirations.”

And that requires a strategy and persistence …

Glyn spoke with ANZ News and bluenotes after an address he delivered to ANZ’s senior leaders.

Online - the new black in fashion

The economy may be threadbare but consumers still want to look their best in the fashion stakes.