Do you really want to hurt me? 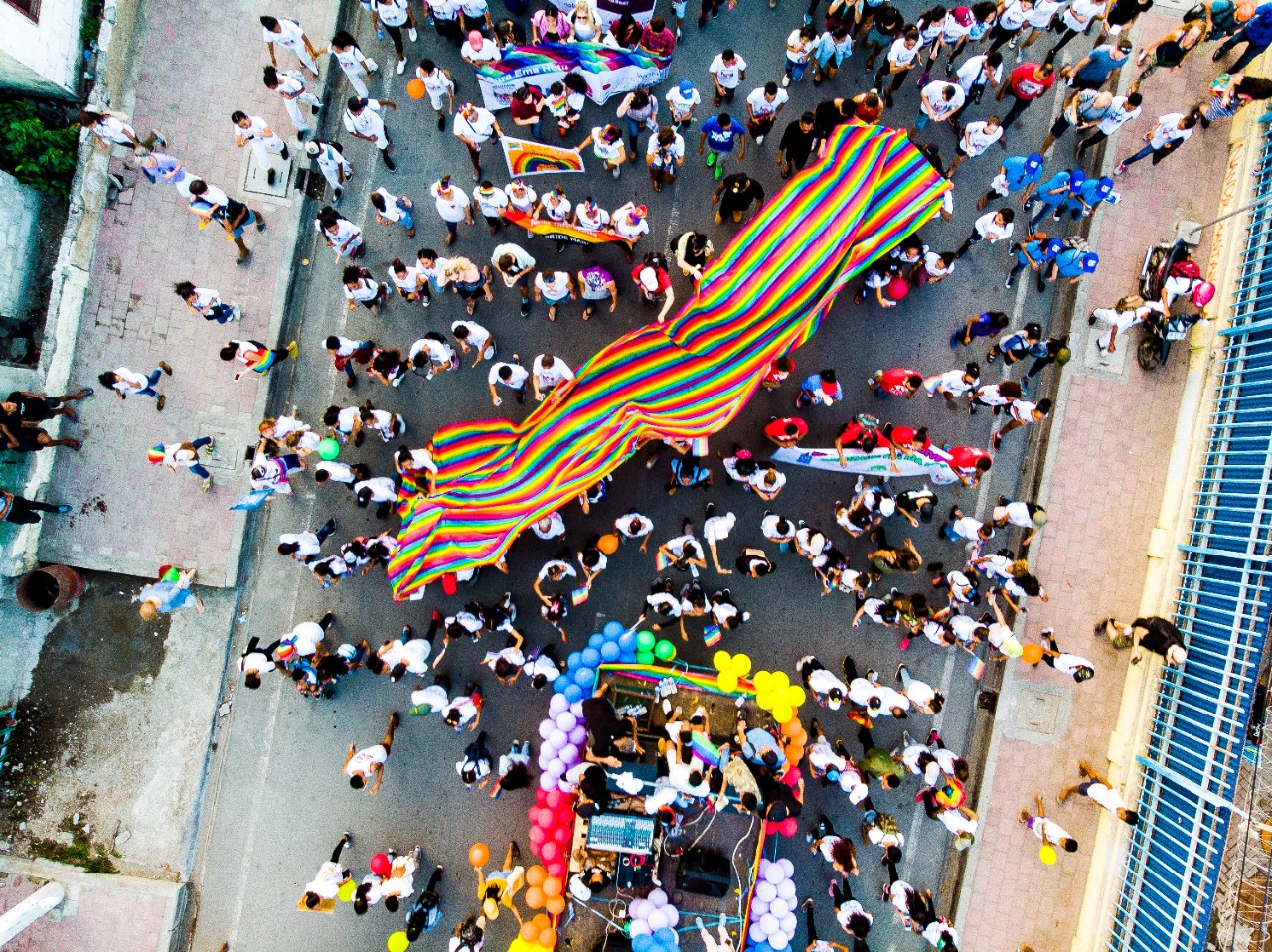 CONTENT WARNING: This article discusses topics and language that may be sensitive to some readers. If you or anyone you know has or is experiencing violence or needs help and support, please visit www.lifeline.org.au.

Almost eight in 10 LGBTIQ+ Australians say they are at times the victim of hurtful language. In fact, in the last 12 months more than two thirds LGBTIQ+ people were called ‘fag’, ‘dyke’ or ‘tranny’.

Shockingly, more than 25 per cent of Australian LGBTIQ+ adults say the first time they were the victim of hurtful language specifically about their gender or sexual identity, the perpetrator was a friend or family member.

“When we support those on the receiving end of hurtful language and encourage them to contribute their voice to the conversation, we promote harmony.”

Take ‘That’s so gay’. Flippant? No. It has become part of the vernacular but as a throwaway line used to denote something negative or stupid. Some 44 per cent of people admit using this phrase without realising the LGBTIQ+ community don’t like hearing it. Yet those using it don’t necessarily understand the lasting damage it can do to others’ feeling of self.

That’s the thing though, isn’t it? Many people don’t intend to say something hurtful.

Words can hurt. Sometimes it’s intentional and sometimes it’s not. Yet names, words, phrases can inadvertently cause others to feel vilified, unwelcome or, even worse, threatened and unsafe.

But in a world where diverse opinions and beliefs help us learn and grow as a society, we don’t want anyone to feel silenced.

The challenge is to help people realise the possible impact of their words. When we support those on the receiving end of hurtful language and encourage them to contribute their voice to the conversation, we promote harmony.

The charts below outline some of the lived experience of LGBTIQ+ Australians. 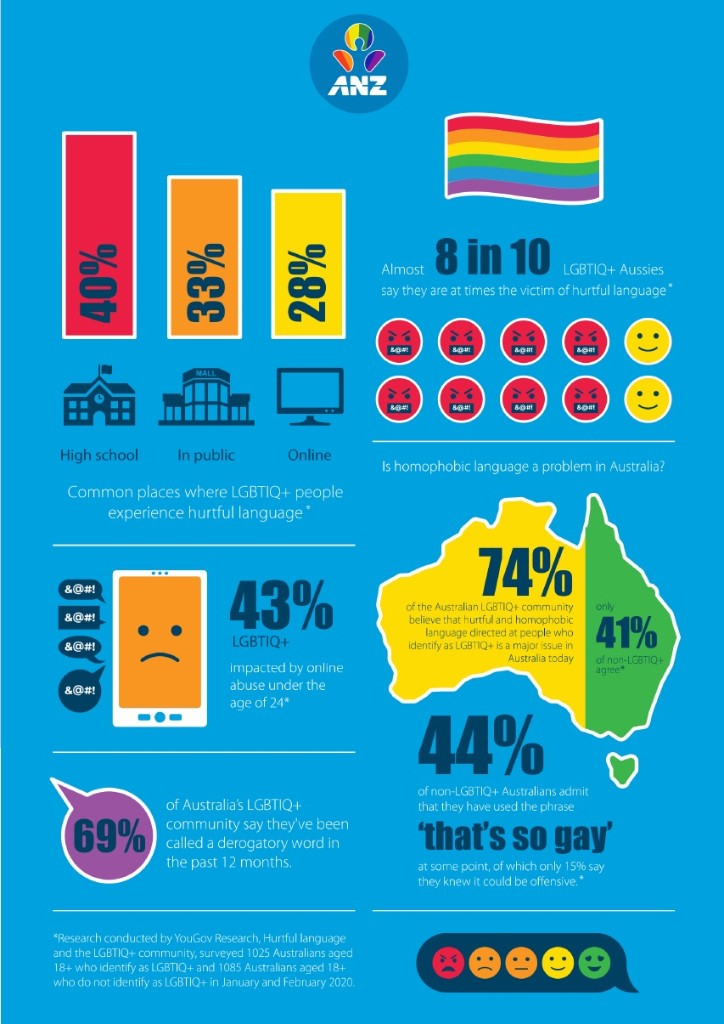 What can we do?

All of us have a role to play in ensuring our family members, friends, colleagues and members of the community feel safe. Awareness of the impact of this language is a step in the right direction and calling it out when we see or hear it can go a long way in helping people feel safe and welcome.

ANZ is the Principal Partner of the Sydney Gay and Lesbian Mardi Gras and have been a sponsor and participant since 2007.

This year, ANZ is encouraging Australians to be more aware of the language they use and how it can harm members of the LGBTIQ+ communities by asking the community to spread more #LoveSpeech.

Darren Sibson is an ANZ News contributor and is part of the leadership group for ANZ’s Pride Network.

ANZ’s commitment to inclusion and respect for the LGBTIQ+ community extends well beyond one big parade in March.

What’s left to do now?

Marriage equality is now a reality in Australia but there’s still work to do for equality and inclusion.

A history of ANZ and Pride.