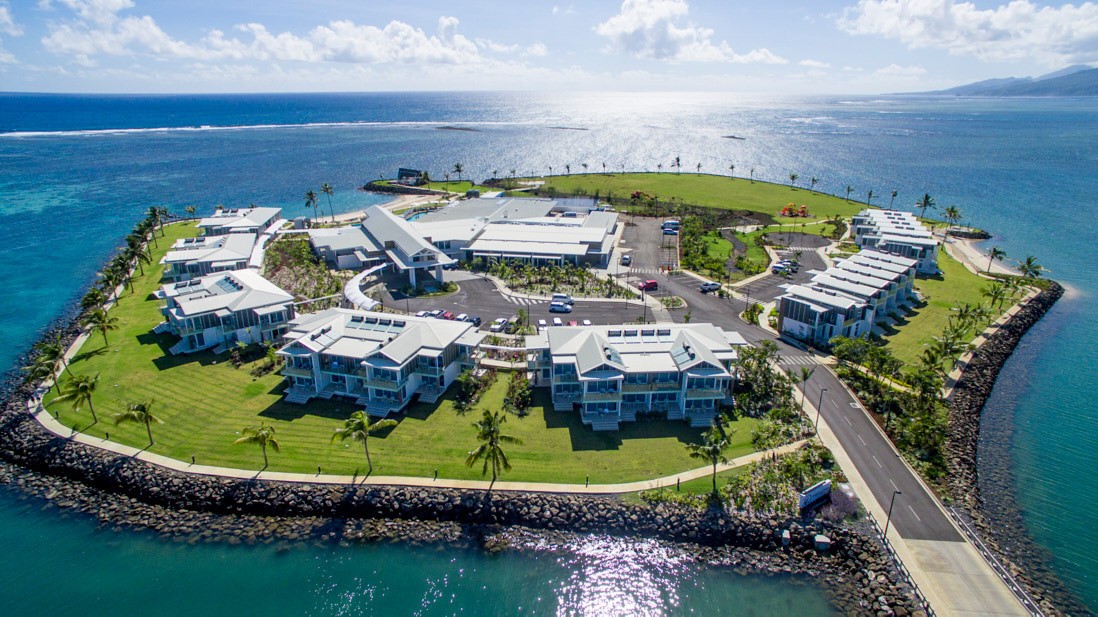 Tucked away just a few hours from New Zealand lies the Pacific Island of Samoa - one of the “best kept secrets in the world,” according to Taumeasina Island Resort Director, Sir Kostas Constantinou OBE.

Almost a decade ago, Sir Kostas was introduced to Samoa through his association with the Miss South Pacific pageant and quickly fell in love with the island’s energy and people.

“There was a good sized population,” he explains. “The people here were very positive and ambitious. The workforce [has] good hospitality values.”

After spending time searching the island for the perfect location, Sir Kostas came across Taumeasina Island and decided to create a resort there.

Taumeasina Island Resort opened in 2016 and quickly became the number one resort in Samoa.

Nathan Bucknall, the resort’s General Manager, says although the island is located just five minutes from Samoa’s capital city, the peacefulness of the environment makes you feel much further away from the hustle and bustle.

Being located so close to New Zealand, almost 70 per cent of the resort’s guests are Kiwis, followed by Australians and Americans. Taumeasina also hosts many expatriate Samoans returning home to visit their families.

Work is also underway between the resort and Samoa Tourism to tap into the growing Chinese tourism market. “It's a big market across the South Pacific and it's a developing market,” Nathan explains.

As Taumeasina Island Resort has developed over the last few years, the team has worked closely with ANZ to support this growth.

“They're very supportive of this whole operation,” says Sir Kostas. “We’ve expanded and they’ve expanded with us. They have never doubted us for one minute - we've had a great relationship.”

Samoa’s economy is in good shape and the fundamentals are strong enough to secure ongoing prosperity. Much of this is due to the Malielegaoi government’s progressive developmental agenda.

The government is prioritising infrastructure development, which is likely to have positive outcomes. Improved hard infrastructure (roads and airport, water, ports and energy) and soft infrastructure (telecommunications), will go a long way in unlocking Samoa’s enormous tourism potential.

Once realised, Samoa can look forward to a prolonged period of solid growth.

Victoria Kanevsky is Manager for Pacific Communications at ANZ