“I never thought I would be representing a country in this particular sport. So it was an indescribable experience.”  - Simon Lee, Operational Risk Specialist, ANZ Singapore 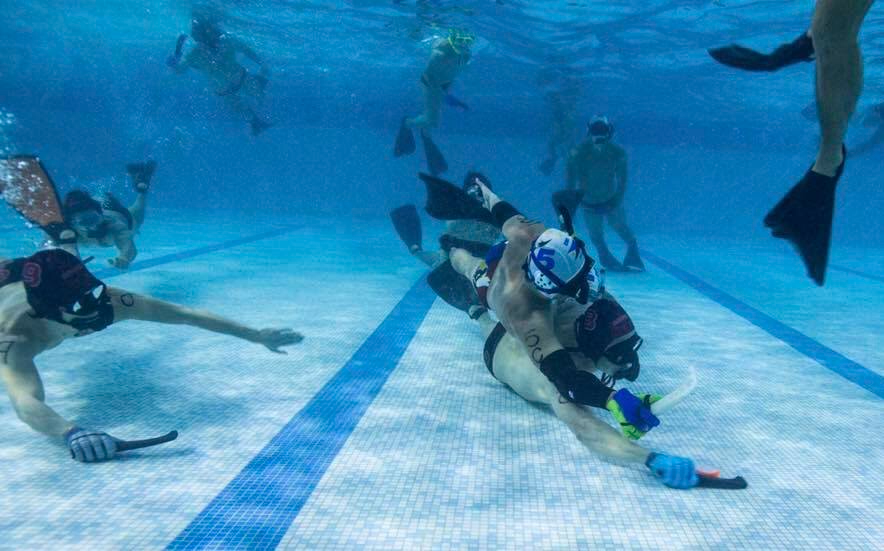 “Underwater hockey?!” Usually accompanied by a blank stare, this is the standard response Simon Lee hears from his ANZ colleagues when he tells them in which he sport he represents Singapore.

After Simon and the Singapore team took out all four of the gold medals on offer in the sport at the 30th South-East Asia (SEA) Games – the region’s mini Olympics - it seems interest in this slightly obscure sport is rising to the surface.

“[The win] was great for the sport because it generated a lot of publicity,” says Simon. “After the win people would ask ‘What’s underwater hockey?’”

Underwater hockey, even more colourfully known as Octopush, is not unlike the terrestrial versions: two teams compete to manoeuvre a puck into the opposing team’s goal by propelling it with a hockey stick. However, there is one minor (some would say important) difference - breathing.

“We don’t use apparatus like oxygen tanks or anything like that. We just hold our breath and swim,” explains Simon.

It could be argued that working proficiently as a team is even more imperative in a sport where the ability to perform a basic physiological function such as breathing is severely handicapped.

“It would depend on how fast you were swimming but [the amount of time you hold your breath for] could range from 30 seconds to 45 seconds,” says Simon. “It could be longer if you’re a bit more stationary.”

So does underwater hockey help banking? Simon, who works in Institutional Operations Assurance in Singapore, argues there are synergies between the two.

Underwater hockey depends on true understanding between team mates: “as we cannot communicate underwater we have to rely on others to be in the right position at the right time so we can execute a team plan.”

“Also, despite not being able to communicate underwater it’s important we provide feedback to each other when we’re above water either throughout the game or after the game,” Simon says.

“[In a workplace context] we provide feedback in terms of what went well, didn’t work as well and areas of improvement.” 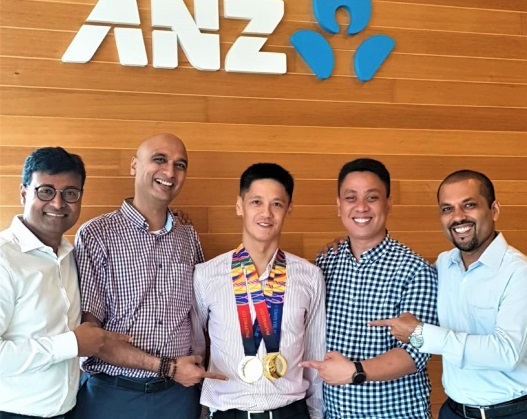 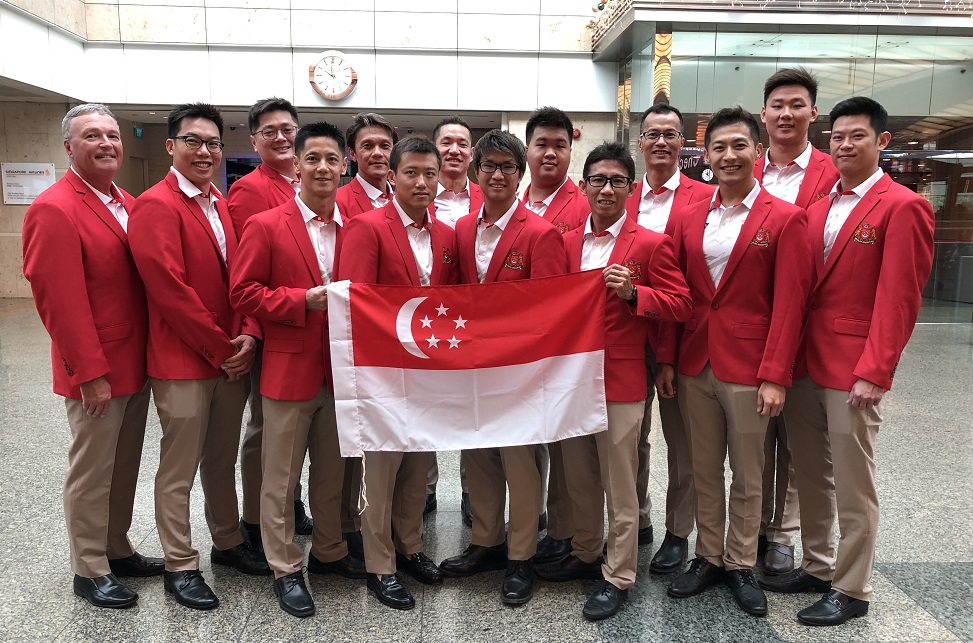 The men’s team at Changi Airport, Singapore on their way to the SEA Games in Manila (Simon, holding left corner of flag)

The medal ceremony on the 5th of December 2019

When Simon describes the team’s underwater hockey training schedule it’s clear there is also a level of discipline and flexibility required to manage a full-time job at ANZ with the demands of representing your country in a regional competition such as the SEA Games.

“We’re not full-time athletes given we have full-time jobs,” says Simon. “As it’s not a spectator sport, you are essentially paying to be a full-time sportsman rather than the other way around. So a lot of people play for the sheer enjoyment it.”

Simon says the team’s training schedule varies from week to week. They will generally train in the morning, at night and on weekends to fit the sessions in around working hours.

“If we’re struggling for time, we usually have to wake up early and have two sessions in a day,” he explains.

Simon says training sessions are quite cyclical depending on the certain parts of the game they are trying to develop (e.g. endurance, speed etc.). A typical training schedule would include nine to 11 sessions per week.

Singapore for the clean sweep

When asked what it felt like to take out all four of the gold medals on offer at the games, Simon says simply it was “surreal”.

“I never thought I would be representing a country in this particular sport. So it was an indescribable experience.”

He adds “I guess in hindsight it was fantastic. That is, in terms of the preparation and the entire journey with my teammates leading up to [the games]”.

“As for the actual games themselves, well, I can’t describe it as being fun at the time,” he says with a laugh. “It was more nerve-racking than anything but I guess we trusted the process. Our coach kept reminding us ‘Just have fun. We’ve trained hard for this.

Just let it flow because the more nervous you are, the more mistakes you’ll make.”

And then the results came out.

“We were ecstatic. Yes, I was very happy about that.”