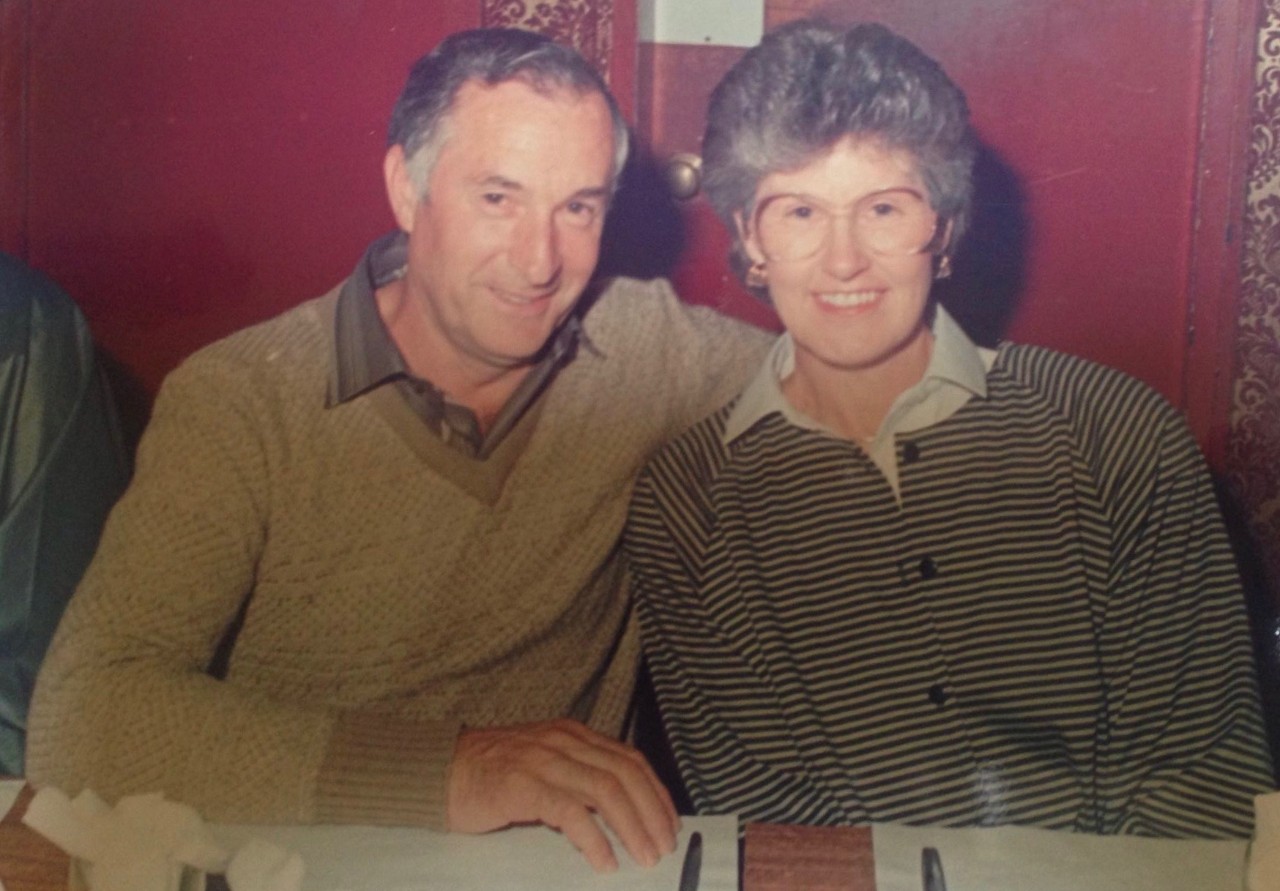 Ailsa and her husband Les in the late 1970s.

For many people, life in isolation because of COVID-19 means replacing their everyday activities with online versions – team meetings via Zoom, Friday date night dinner via Uber Eats or movie night on the couch with Netflix.

But for many older Australians, the restriction of physical interactions and the “digital divide” means they can no longer complete essential tasks such as banking.

One such person who is facing this challenge is Ailsa Wight – my grandmother.

Ailsa and her husband - my grandpa - Les joined ANZ in the late 1970s when their daughter Janine started working at ANZ’s Mitcham branch in Melbourne’s eastern suburbs.

Despite always feeling in control of their finances, Ailsa and Les relied on physical banking services such as branches and ATMs to complete their financial needs.

Ailsa says she had never wanted to switch to online or mobile banking because of security concerns. She also worried she might click something wrong and make a mistake in her transaction.

She isn’t alone. 2018 research commissioned by ANZ found the emergence of digital technology for consumer transactions, including banking, presents one of the most significant barriers to the financial wellbeing of older people.

Rapid changes in mobile devices, apps and the physical challenges of using a smaller screen (such as a phone) were also likely barriers to older people’s ability and confidence to complete tasks such as online banking.

As the COVID-19 pandemic spread and began to cause wide-spread restrictions, Ailsa and Les decided to self-isolate to protect their health. However, this made it near impossible for them to continue looking after their finances in the same way.

This potential problem became more apparent once my cousins and I began doing the food shopping for Nana and Grandpa. Because they hadn’t been able to visit a branch, Ailsa and Les found they didn’t have any cash to pay for the groceries. I suggested it might be time for them to try mobile banking.

Over the course of a few days, Ailsa worked with ANZ over the phone to set up her Customer Registration Number (CRN) and register for internet banking. She downloaded the ANZ Australia app to her phone and was surprised at how simple it was to use.

“It was much easier than I thought it would be and I do feel secure with it,” she says.

“I used it to pay off the grandchildren who are doing our shopping and leaving it at the front door. Being able to transfer money to their accounts was very convenient.”

A history of banking for older Australians

ANZ Group Executive – Australia Retail & Commercial, Mark Hand, says this is a common sentiment and that there will be no returning to what we knew as normal before COVID-19.

“I think we'll find a much more digital future across the board at the end of this,” he says.

“We've got passbook customers that have been issued debit cards and they are using them. These are people who said they couldn't cope without a branch, suddenly their kids are showing them how to buy groceries online and they find it really easy.”

“It is wonderful to see how ANZ is making it easier for older Australians to do their banking online,” she says. “I encourage everyone to reach out to their financial institution and start to safely experience the convenience of the web.”

ANZ is proactively contacting passbook customers to discuss banking alternatives so they can feel in control of their finances in these uncertain times.

For more information about setting up a Customer Registration Number or registering for internet or mobile banking, visit anz.com.

The eSafety Commissioner has developed easy-to-follow learning modules for the Australian Government’s initiative, Be Connected.  It’s a fun and effective way for older Australians to improve their digitals skills and safely access all the resources on the internet.

To find out more visit beconnected.esafety.gov.au.

What do you do when your biggest customers suddenly disappear – and your business model with them?

Two of the bank’s most experienced bankers explain the financial measures being rolled out to help customers amidst the COVID-19 pandemic.

What you need to know about COVID-19 assistance

It’s tough out there for customers and businesses but help is available, from both the Federal government and ANZ. Here are the details.