“It took a lot for me to drop my pride and say, ‘I need help.’ You always think there are others worse off than you…. but if you don’t reach out for help, things can’t get better quickly.” – Sarah, part-time worker at The Salvation Army and survey respondent. As one of Australia’s largest providers of social services and programs, The Salvation Army provides assistance to the most marginalised and excluded individuals in our society.

Supporting that mission are many thousands of employees and volunteers, predominantly women, who are committed to social justice and the protection of the rights of disadvantaged Australians.

But those employees and volunteers are facing the same crisis as their clients. Supporting the financial wellbeing of its people during COVD-19 has never been more important for The Salvation Army.

As part of its Financial Inclusion Action Plan (FIAP), The Salvation Army is committed to examining the financial inclusion needs of its female employees. That is a field where ANZ has recognised expertise.

Last year ANZ supported The Salvation Army to develop and conduct the online Survey of Financial Inclusion and Access (SoFIA) to measure the financial inclusion, capability and wellbeing of female Salvation Army staff, officers and volunteers.

The survey was adapted from ANZ’s 2017 Survey of Adult Financial Wellbeing – the sixth in a series of comprehensive surveys the bank has conducted since 2002 on financial knowledge, attitudes and behaviours.

The Salvation Army was able to draw on ANZ expertise to analyse the financial wellbeing of more than 700 female staff, officers and volunteers who responded to the survey. Compared with ANZ’s survey of the general population, the SoFIA results showed the majority of Salvation Army respondents had higher financial wellbeing, were more likely to have savings and their levels of debt were slightly lower than the general population. 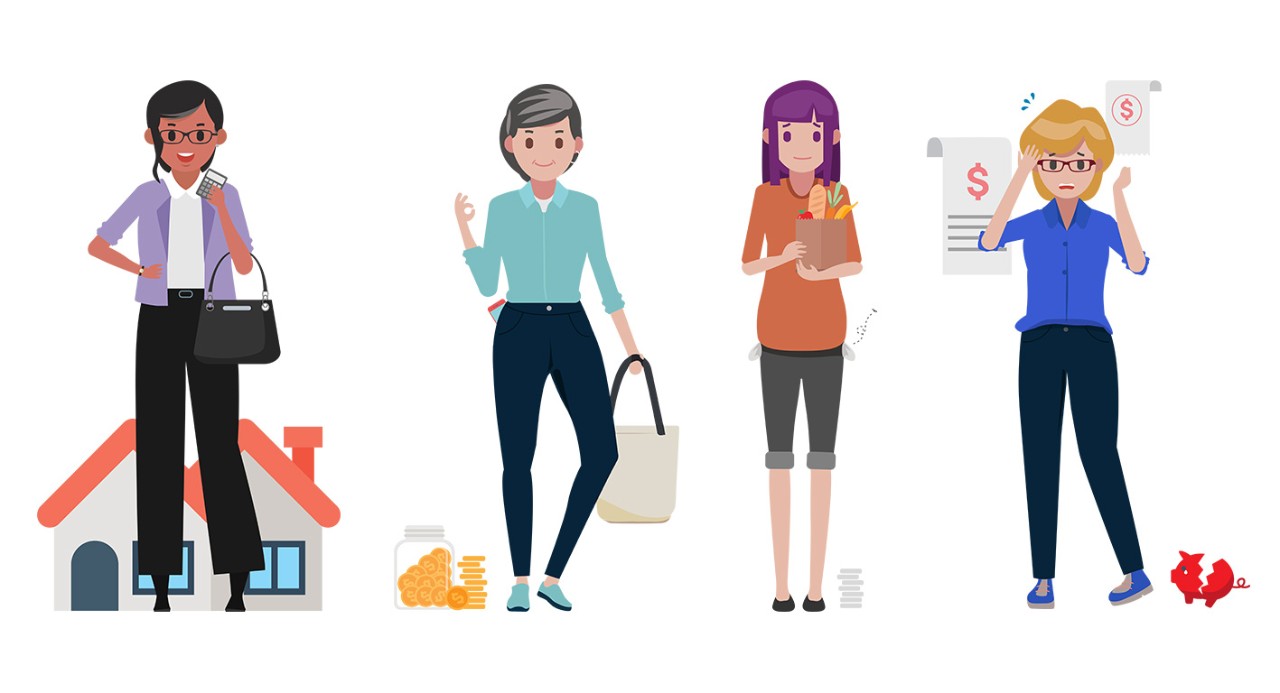 At the same time, The Salvos found some of its staff were struggling. From ANZ’s survey of the general population, it is understood this group is likely to borrow for day-to-day expenses, have little to no savings, and lack confidence in money management.

Compared with other groups, SoFIA respondents who fell into this ‘struggling’ category were more marginalised, with single parents, people who had been ill in the past five years and people with an Aboriginal or Torres Strait Islander (ATSI) background overrepresented.

Sarah, who works part-time for The Salvation Army, felt it was important for her to contribute to the survey as she knows what it’s like to feel out of control with her finances. “I had been independent and working and then overnight everything changed [due to a relationship breakdown],” she says.

“It took a lot for me to drop my pride and say ‘I need help.’ You always think there are others worse off than you. Sometimes that can be a bit of a deterrent but if you don’t reach out for help, things can’t get better quickly.”

Sarah says at that time, her Moneycare financial counsellor and other Salvation Army personnel provided the lifeline she needed to get back on her feet. She felt that taking part in SoFIA was one way she could ‘give back’ and help The Salvation Army to better understand how women in the organisation were coping financially.

The Salvation Army is developing a range of targeted initiatives to improve the financial wellbeing of all its workers, not just female employees. This also includes expanding its intranet resources to include more information on financial capability, superannuation, Employee Assistance Program (EAP) benefits, and links to Moneycare financial counselling.

It is also looking at its ‘onboarding’ process for new employees to include financial capability resources and working on resources for managers to recognise signs of financial distress and support staff members who are struggling financially.

The Salvos hope one outcome of the survey will be more conversations about financial wellbeing.

“We are great at taking care of each other and asking ‘How’s your family?’ and ‘How are you going?’ but we want it to be more natural for managers and co-workers to ask how people are going financially,” says Seema Sanghi, Financial Inclusion Project Officer.

“We want to take the taboo out of talking about money, especially as our staff and volunteers may be facing financial challenges as a result of the pandemic.”

Support is available through The Salvation Army’s Be the Boss course, which is online and freely available on its website.

The Salvos are also now on Instagram: @moneycare_youretheboss where you can find up to date information, links to videos and other supporting guides.

This story first appeared in The Salvation Army’s Others Magazine.

For more information on how to access ANZ’s assistance measures, visit our dedicated COVID-19 site at anz.com/covid-19

Dr Lisa O’Brien, Chief Executive Officer of The Smith Family shares her views on the long-lasting effects COVID-19 will have on vulnerable children in Australia.

Aid for vulnerable people in a time of crisis

ANZ will support community and charity organisations to continue their work with the disadvantaged in difficult times.