Head of Sustainable Finance at ANZ

“I’ve got my dream job joining my passion for the environment with the realisation that significant amounts of capital need to be mobilised to preserve it for future generations.” 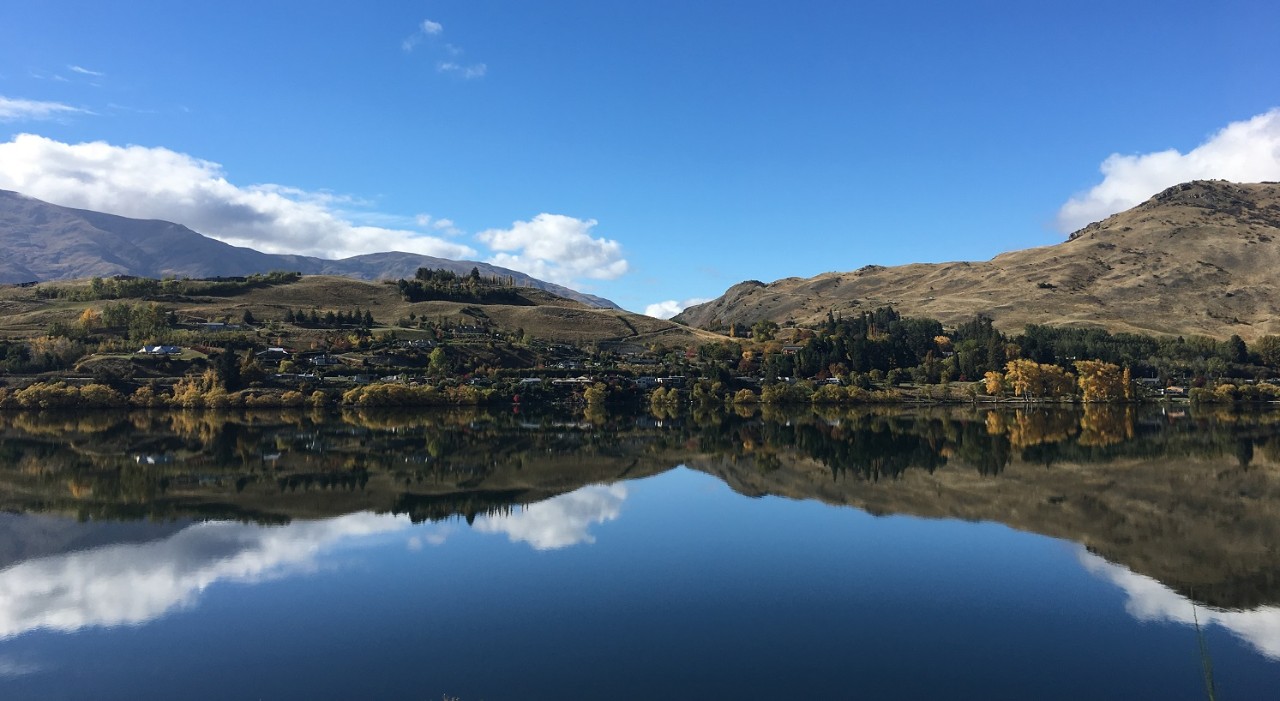 I’m proud to work at a bank which understands if we do good business or do business that makes good, then we – and our customers - will be profitable in the long term. To me, there is no trade-off to be made between doing what's good and right, and what's profitable.

That, in essence, is what sustainable finance does.

I got my break in Sustainable Finance in late 2014 when I approached my predecessor and said: “Hey, I have heard a bit about what you are doing and I have capacity to help if you need it.”

“I would love to talk to you about that as I’m going on maternity leave in six weeks,” was the reply!

It was pretty scary as my plan was to be under the wing of a sustainability technician for much longer than what is was - six weeks. So I learned as much as I could about this emerging market from her in that short time.

It was mostly about green bonds then, so I also relied on the help and expertise of our Head of Capital Markets, Paul White, who was very generous with his support. Soon after I found myself preparing for my first-ever bond roadshow for ANZ’s debut  green bond, issued in June 2015.

It was definitely a sink or swim moment! Having said that, it is also a situation I’ve found myself in several times during my career. I've always been willing to take a different path and back myself to have a go at stuff I know very little about.

Not just a fad

The most challenging aspect of Sustainable Finance in the beginning was to build an understanding – both internally and externally - that there was a market to service as well as a pressing financing need to mobilise capital towards a zero-carbon economy. Many viewed Sustainable Finance as no more than a current fad that wouldn’t last, even as recently as two to three years ago.

Key global developments such as the 2015 Paris Agreement and the publication of the United Nations’ Sustainable Development Goals, also in 2015, helped build momentum and shift thinking about the role of capital in ensuring the environmental and social sustainability of our planet.

There is also the internal momentum here at ANZ that has given Sustainable Finance a platform. Christina Tonkin, Managing Director - Corporate Finance, has held steadfast to her vision for building ANZ’s capability in Sustainable Finance. Critically, we have become a strongly purpose-led organisation under Shayne Elliott’s leadership.

Where it all began

My parents were small agri-business owners – before that was even a thing! They played a role in growing the fledging tourism industry in mid-70s Queenstown, New Zealand well before it was the international destination it is today.

So from aged three, I grew up amid the stunning rural surrounds of Queenstown which imbued in me a deep respect and love for the physical environment and the resources it gives us.

I saw first-hand how much grit and determination it took for my parents to build their business and contribute to what is the Queenstown so many people enjoy today. They inspired my sister and I with the belief we could do anything, to take risks, to do things differently and back ourselves.

Winding the clock forward a few decades across school, university and early career experience, I’ve got my dream job joining my passion for the environment with the realisation that significant amounts of capital need to be mobilised to preserve it for future generations. 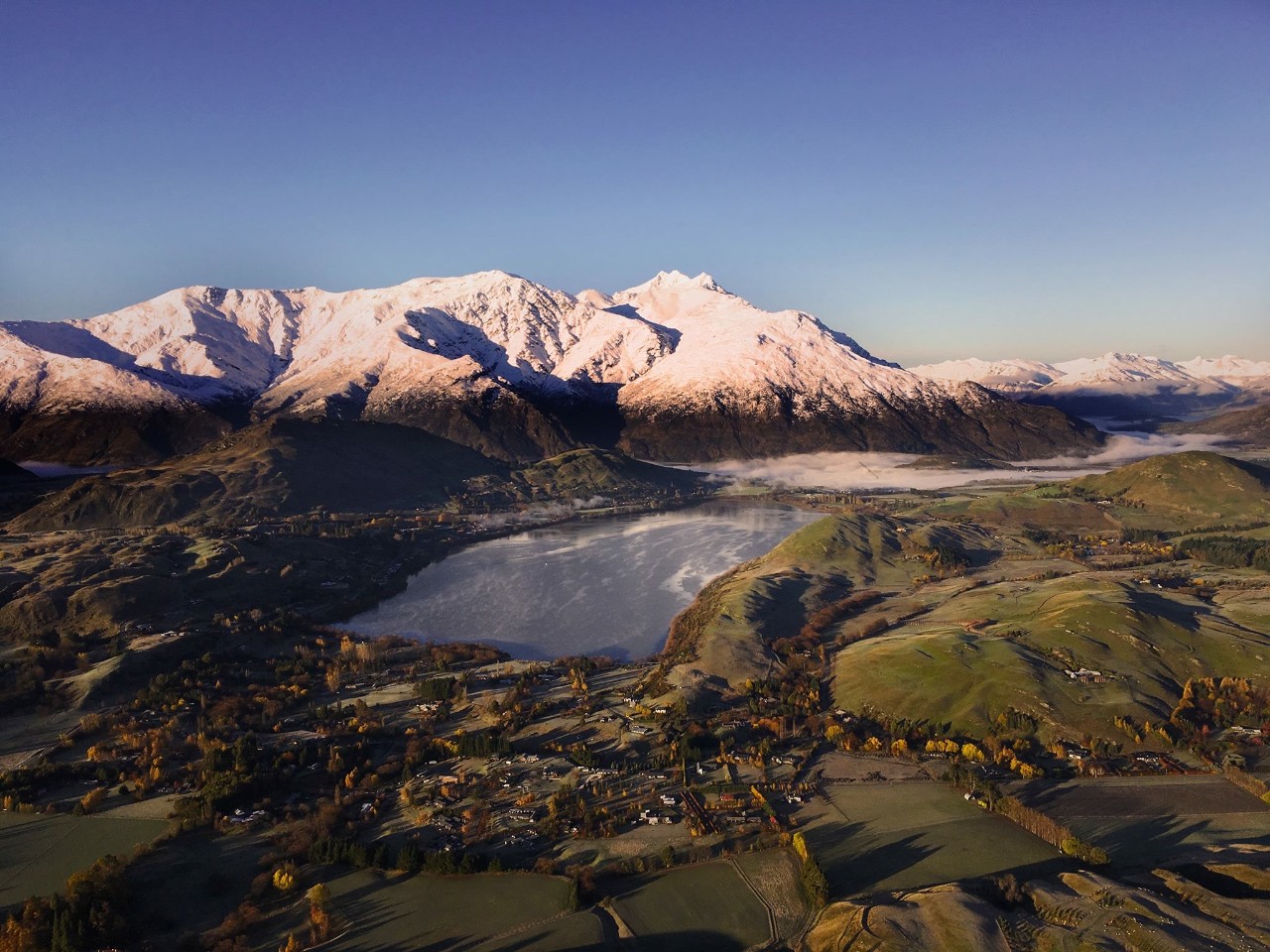 I started my professional life in Christchurch as a criminal lawyer, turning up to court on Monday mornings to see which of our clients needed bail applications. Later as part of the rite of passage of many young Australians and Kiwis, I left New Zealand for London with the idea  I would do back-office temp work in a bank and travel as much as possible. However I found myself in the M&A department of a FTSE-listed telco despite not really having all the necessary skills!

It was a heady time but after four intense years, I was back in New Zealand with my mother and sister after the unexpected loss of my father.

As things turned out, I moved to Melbourne in May 2001 to join ANZ in what is now the Institutional Legal team despite having told my recruitment agent I would never work in a bank. Within two years, I did my first “sink or swim” manoeuvre at ANZ and moved to a frontline role on the commodity sales desk, kicking off a long and mostly happy career as an ANZ banker. Katharine is the winner of Women in Banking and Finance’s inaugural Award for Achievement of Excellence in Institutional Banking and was named one of the Market People of the Year by KangaNews, a leading capital markets news service in Australia and New Zealand.

40 years of leading by learning

Reflecting on his milestone with ANZ, Vishnu Shahaney tells us only one thing is for sure: change – and not just in banking.

Jodi goes West: the opportunity for a fresh perspective without bias

IWD2020: how a change of career can change your life

Skills from the classroom helped one ANZ analyst build their career in the dealing room.