“[Our] customers want and expect us to be [at Sibos].” 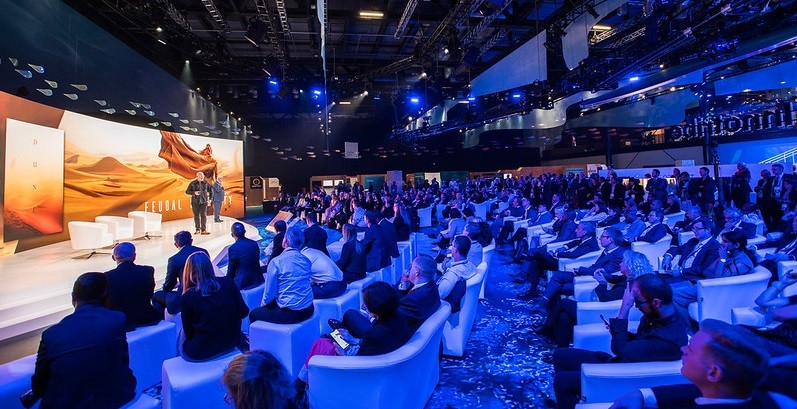 Along with hundreds of others, Bryan Stagg stood up from his seat.

ANZ Institutional’s Head of Banks Australia was a guest at the Sibos annual dinner in 2018, the year the conference was hosted in Sydney. The MC had asked everyone to be up standing as they performed an elaborate loyalty check in an attempt to find who had attended the event – a critical part of the calendar for the financial services sector and its customers  – the most times.

Sit down if you’ve been to two, the MC said.

Much of the crowd lowered.

“I actually won it,” Bryan tells ANZ News in a discussion ahead of the latest Sibos conference in October - although he is quick to point out he “didn’t actually end up getting a prize - as I would have had to declare it in the gift register”.

So, as he prepares for his 23rd Sibos, what makes the long-time banker keep coming back? The answer, it turns out, is ANZ customers.

“Customers want and expect us to be there,” Bryan says. “And that's what I learned from the first time I attended.”

More than 20 years ago, Bryan took the advice of an industry colleague and flew out to a fledgling financial services conference in Geneva.

“When I first went to Sibos, I was the only attendee from ANZ,” he says. “I'd heard from industry sources ANZ should be represented, so I went along to see what it was all about.”

Now, in 2020, ANZ will send a delegation of representatives (albeit virtually), in large part due to Bryan’s early efforts. Interest has grown rapidly and particularly in the last six to seven years when ANZ has realised the importance of the interaction with customers and peers, he says.

The customer benefit is twofold – firstly, it allows them to speak openly and directly with their bankers, sourcing insights into the latest trends and developments in the industry. This precious face-to-face time (at least until this year, anyway) is increasingly scarce in the modern world, particularly in the payments industry where oceans sometimes separate bankers and clients.

Secondly, ANZ’s presence allows it to keep its finger on the pulse of a sector in which it is regarded as a leader across Australian and New Zealand; gaining insight into new technologies, learning about the latest industry standards and bringing these back home to provide customers with real, tangible solutions.

Tapping this zeitgeist is critical for a bank like ANZ, which remains committed to investing in the future for its customers, even in these uncertain times.

With so many customers and contemporaries present (the 2019 event had record-breaking 11,500 delegates) the mechanics of Sibos meetings are quite unique, Bryan says – rather akin to speed dating.

“You don't waste time because you've only got a half-hour or 45-minute meeting with each customer,” he says. “Both parties come heavily prepared, no pleasantries, just straight into it.”

Each of ANZ’s attendees at Sibos 2020 will average 10 calls a day over the four days of the conference, Bryan says.

“It's not only an opportunity as far as we're concerned but in a lot of instances we are customers of each other,” he says. “Many see it as an opportunity to pitch ideas to us as well.”

The Sibos financial services conference will look a little different in 2020 but you can rely on ANZ Institutional for the market-leading insights and thought leadership you have come to expect.

From October 5 to 8, the annual finance conference is going digital with an online schedule offering insights into the trends which will shape the financial services sector into 2021 and beyond.

In the lead up to the event ANZ Institutional will provide a wide range of coverage on those trends, offering you a sneak peek at the ideas set to dominate the conference from ANZ’s industry experts.

You can read more here.

Also present are competitors, Bryan says, forcing ANZ to bring its A-game – which customers definitely appreciate. He’s keen to point out who was there first, however.

“We were virtually the trailblazers as far as Australia was concerned.”

So what has changed in two decades?

“I think for a number of years Sibos was fairly consistent,” Bryan says. “We talked about relationships across products and geographies, payments activity with each other, and how we could grow that business.”

Bryan says contemporary discussions include an additional focus on technology associated with the rapid changes happening in the bank-to-bank payment sector.

“It's all happened so quickly,” he says. “Ten years ago, it was only banks that participated in the global payments Industry. Now we have a number of new players in the marketplace, and we have to keep up with this challenge or risk losing our market share.”

So what is the best way for financial groups to keep pace with that change?

“You've just got to be there,” Brian says. “If you're not there, people are going to turn around and say, ‘why aren't you attending this?’”

“This is so important.”

Creating value and solving problems for customers is an invaluable investment for all businesses.

There’s a good reason why banking and technology experts have been turning up to Sibos for over 40 years.