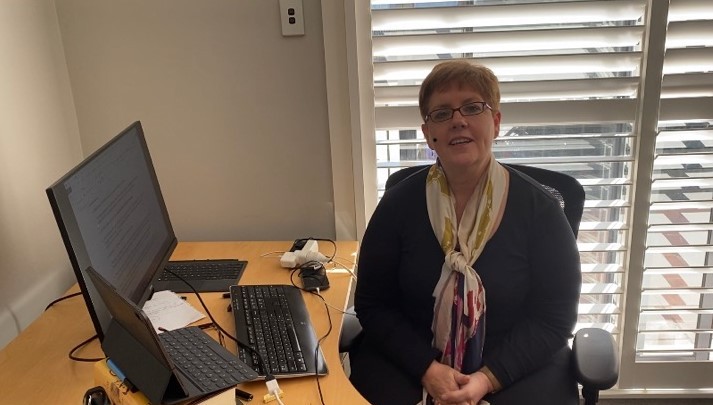 There is no doubt the impact from the COVID-19 pandemic will forever change office culture and the way people work – something ANZ Deputy CEO Alexis George has been paying close attention to as head of the bank’s business continuity planning team.

In this new series, we step into the homes and offices of the bank’s executives to learn more about the person behind the desk. From her home in Sydney, Alexis reflects on the small comforts she has enjoyed while adapting to the new normal.

My daughter moved out with her partner in January this year, conveniently leaving us with a spare bedroom and a desk. We had originally moved the desk to our garage, ready to put out in the next council clean up when the pandemic hit and we were locked down to work from home full-time. I am eternally grateful the council collection was a bit slow as my other desk choice (the dining room table) is generally used as a clothes horse in our house!

The other item of value I have discovered during this period is my collection of scarves! I always have two close by, ready to cover up a multitude of sins like a cosy fleece jumper or active wear. I actually got this tip from ANZ Managing Director of Retail Banking Kath Bray early into the lockdown. Like many others, I have also been wearing fluffy Crocs on the cooler days and active wear is a must with my jeans only coming out for very special occasions.

I love following the National Rugby League (NRL) and am a mad Sydney Roosters fan – I have been since I was eight years old! I was born and bred in Bega, about 400km south-east of Sydney, and the local team was the Roosters.

I attended a women’s breakfast one year with the Roosters and there was a chance to win a game ball - I won it! I’m still a little embarrassed about my behaviour that morning as I ran around getting the team to sign the ball like a little kid! A little secret though is that this ball at home is actually an imposter. The real ball sits pride of place on my desk at the Pitt Street office! It always makes me smile when I look at it. 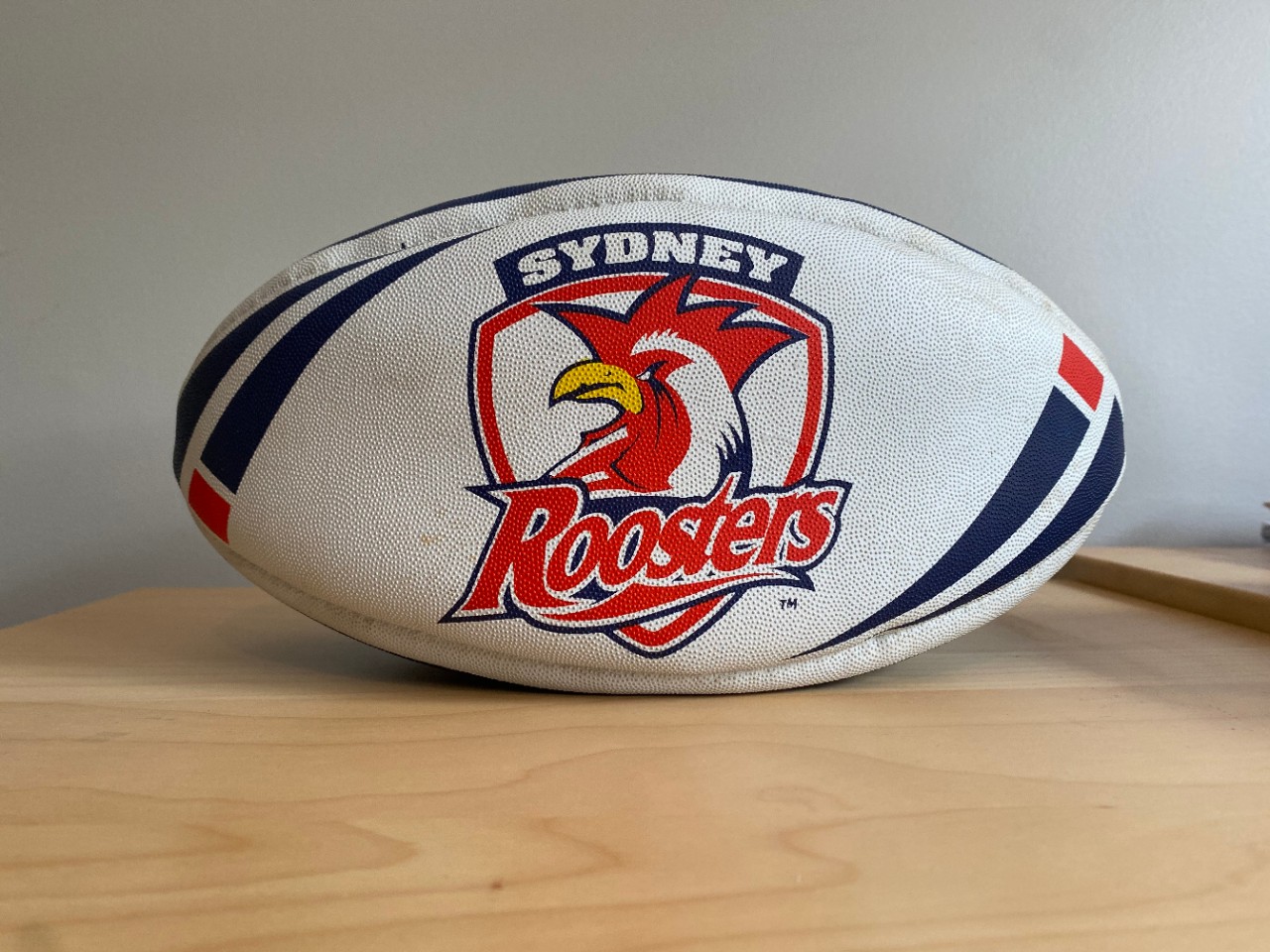 A very close and dear friend of mine gave me this painting by Georgina Hart about 15 years ago. It was done from a photograph of my children and the family dogs we had at the time. My children actually refused to be photographed for this are so it’s the next best thing to demonstrate how important they (and my husband) are to me. My children may both be adults now but they will always be my kids. I am so proud of the both of them and they have grown into lovely young people. 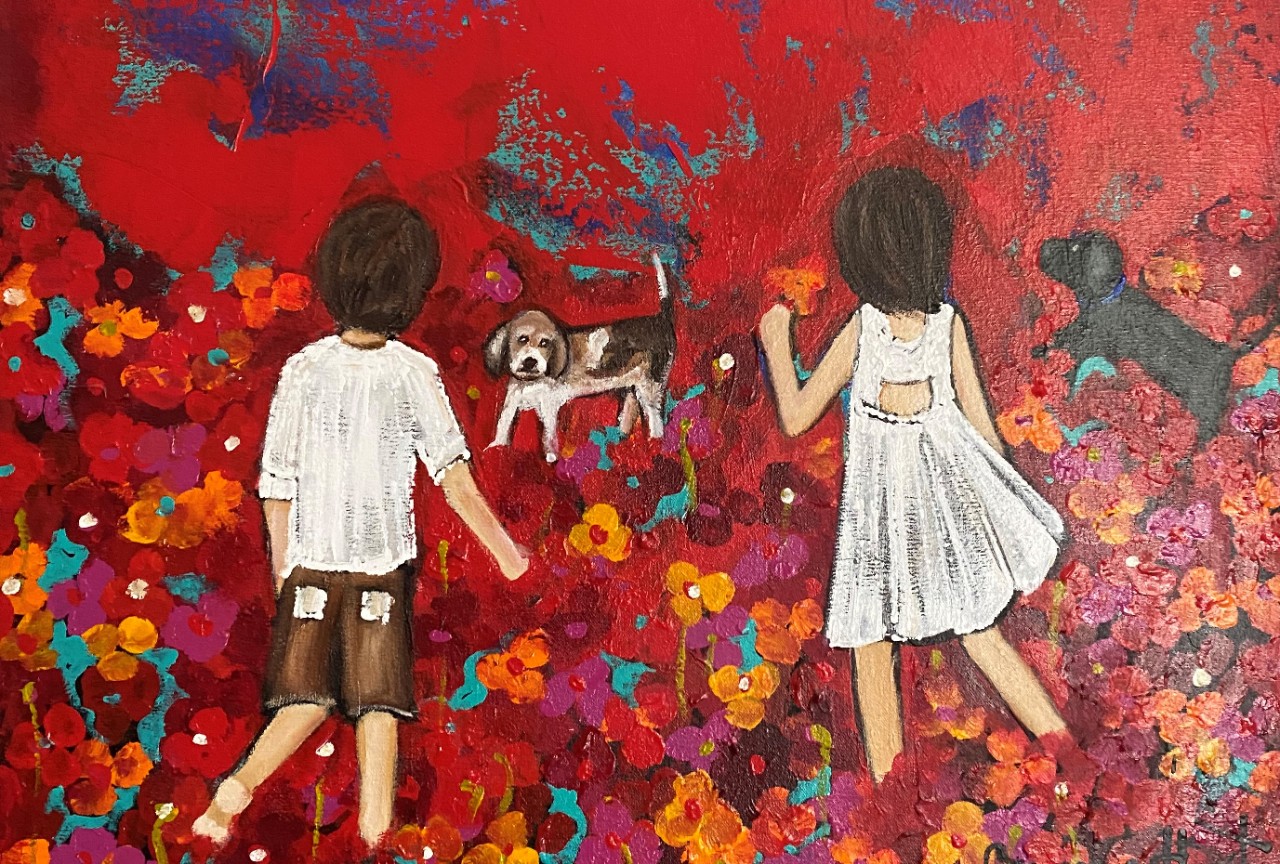 I can be quite a messy person (just ask my husband) and this extends to my book collection. My bedside table is home to my collection which I find impossible to cull - I never know what I will feel like reading each night.

The problem I have is whenever I listen to a podcast or hear a recommendation, I have to add it to my pile. The more rational part of me knows I will never get around to each of them because more will inevitably be added than removed! I love all kind of books and will read everything. At the moment I am loving The Golden Maze: A History of Prague by Richard Fidler which can be found towards the bottom of the front pile! 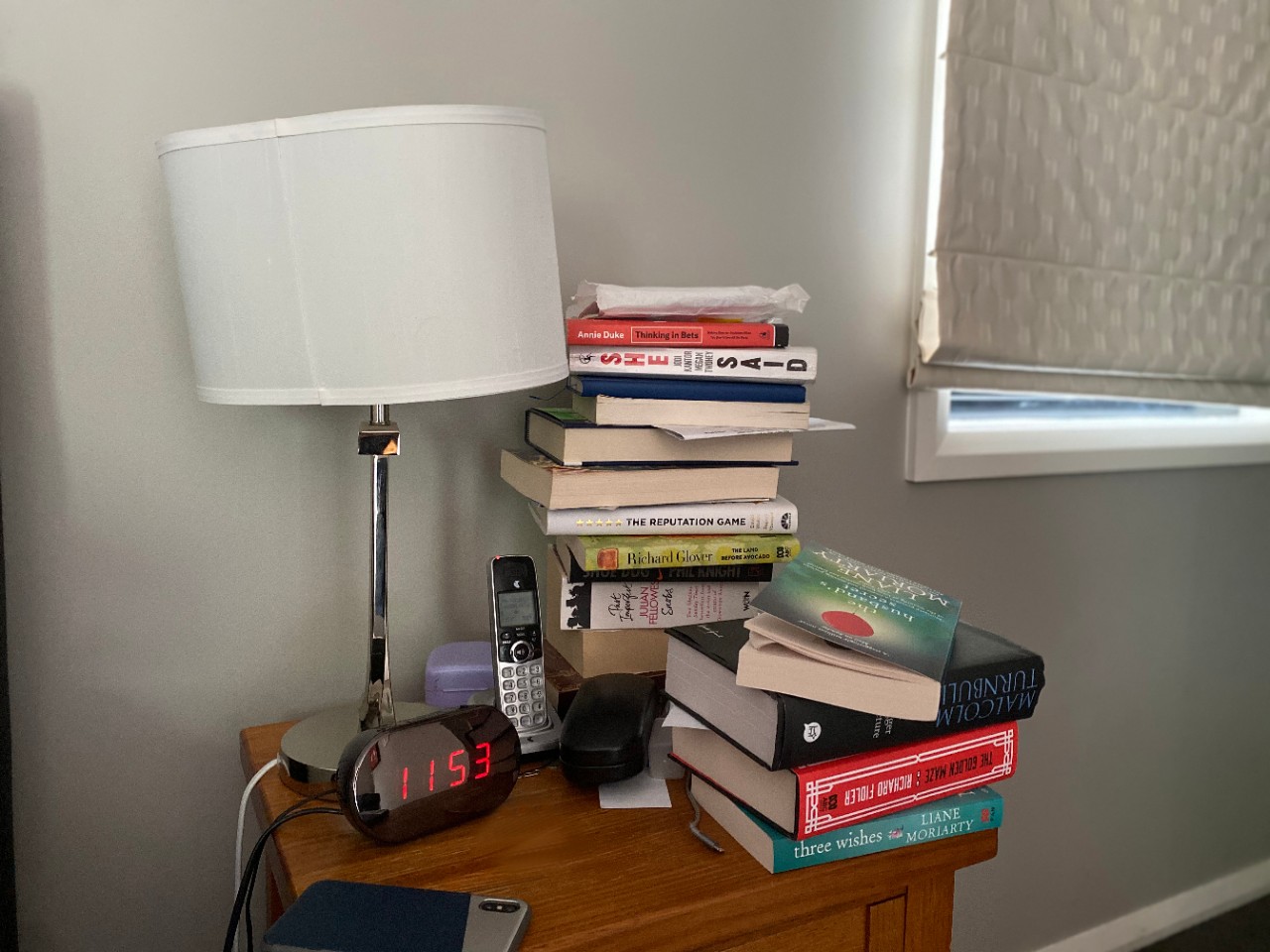 We have always had dogs in our family and they truly do become part of our pack. I talk about my dogs a lot because they provide genuine happiness to our family. Although I try not to play favourites, I have to admit Monte the chocolate Labrador has been voted by the family as the MVP. He is absolutely spoilt rotten and thinks he is a lapdog despite weighing 30kg. It takes as much energy to manage him as it did my children.

Monte and Lucy are good at forcing me to get up at 6am every morning to go for a walk in the nearby bush. During this important “me time” I like to listen to podcasts and prepare myself for the day ahead. Spending this time with the dogs has been a very important part of managing my mental and physical wellbeing during the lockdowns and a stressful work period and I could not have done it without them. 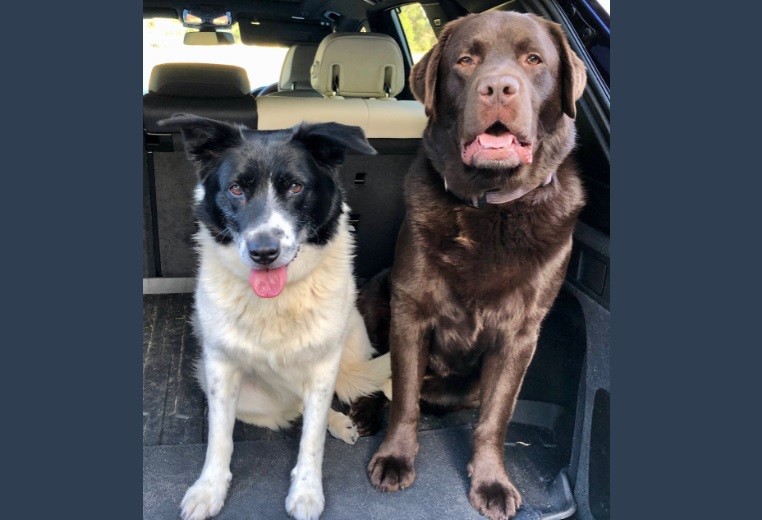 I am not attached to many physical things in my home but this photograph is one of my prized possessions. It is apparently the first panoramic photo ever taken of Prague - one of the most beautiful cities in the world in my opinion.

I was lucky enough to live and work in Prague for almost five years. One of my staff had also worked in the first government after the Velvet Revolution and he later actually became Prime Minister for a period of time. He was such an interesting and dedicated person and I learnt so much from him about a part of the world of which I knew very little.

When I left the country, he took this photograph off his wall and gave it to me. I am not usually a big crier but I did shed a few tears. It now is hung proudly above my bed. 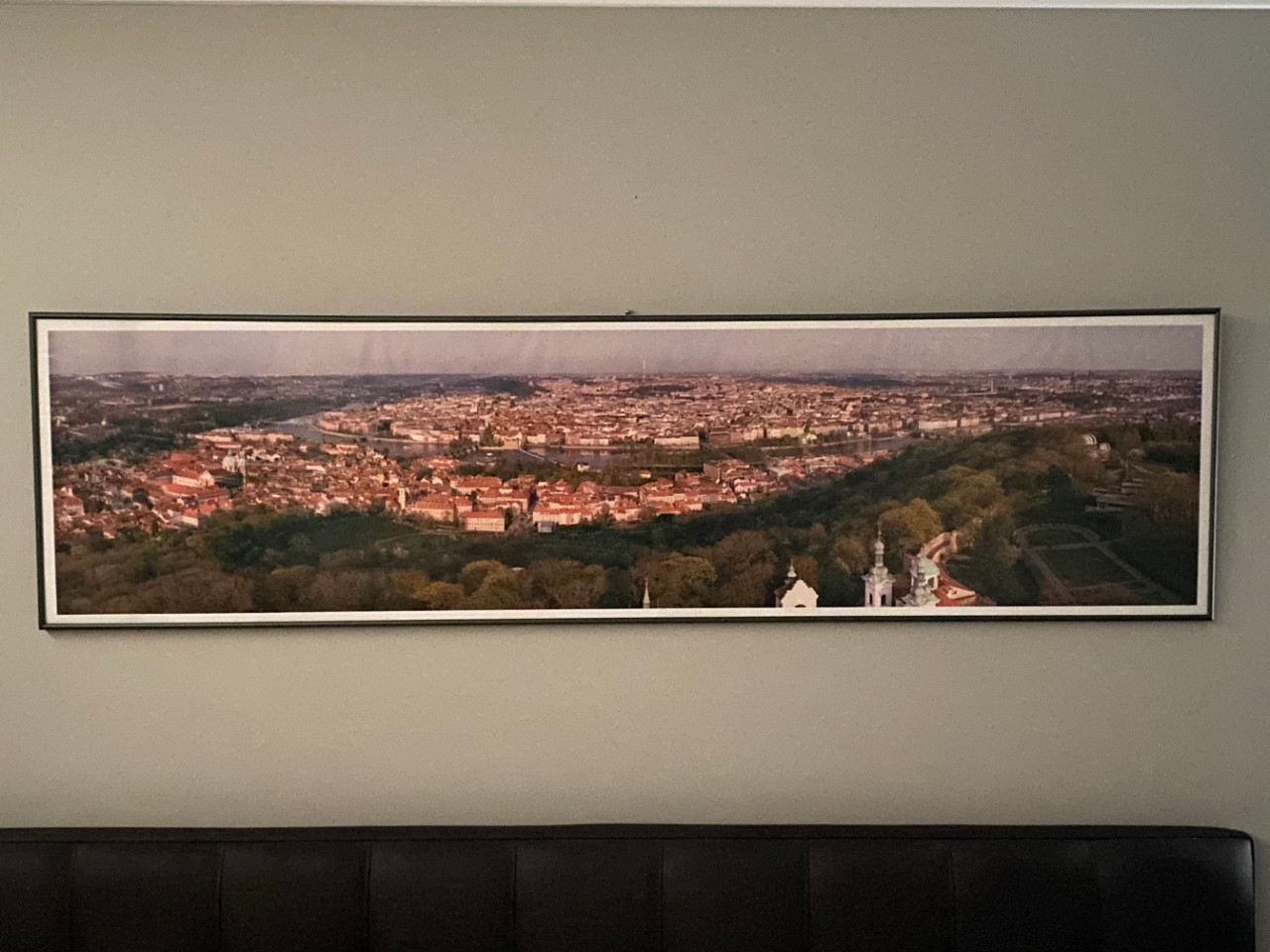 I don’t know if I actually like fish but these particular ones are very special to me. Prague is famous for glassware and this is the first present I remember my children buying me that was not soap, a handkerchief or a frying pan.

I have slowly added to this collection over time and we now seem to have them in every bathroom. A few of the fish are a bit battered and broken from being dropped over the years but I cannot bring myself to get rid of any. They remind me of the wonderful years my family spent in Prague - a time when the kids were so still so little and cuddly. 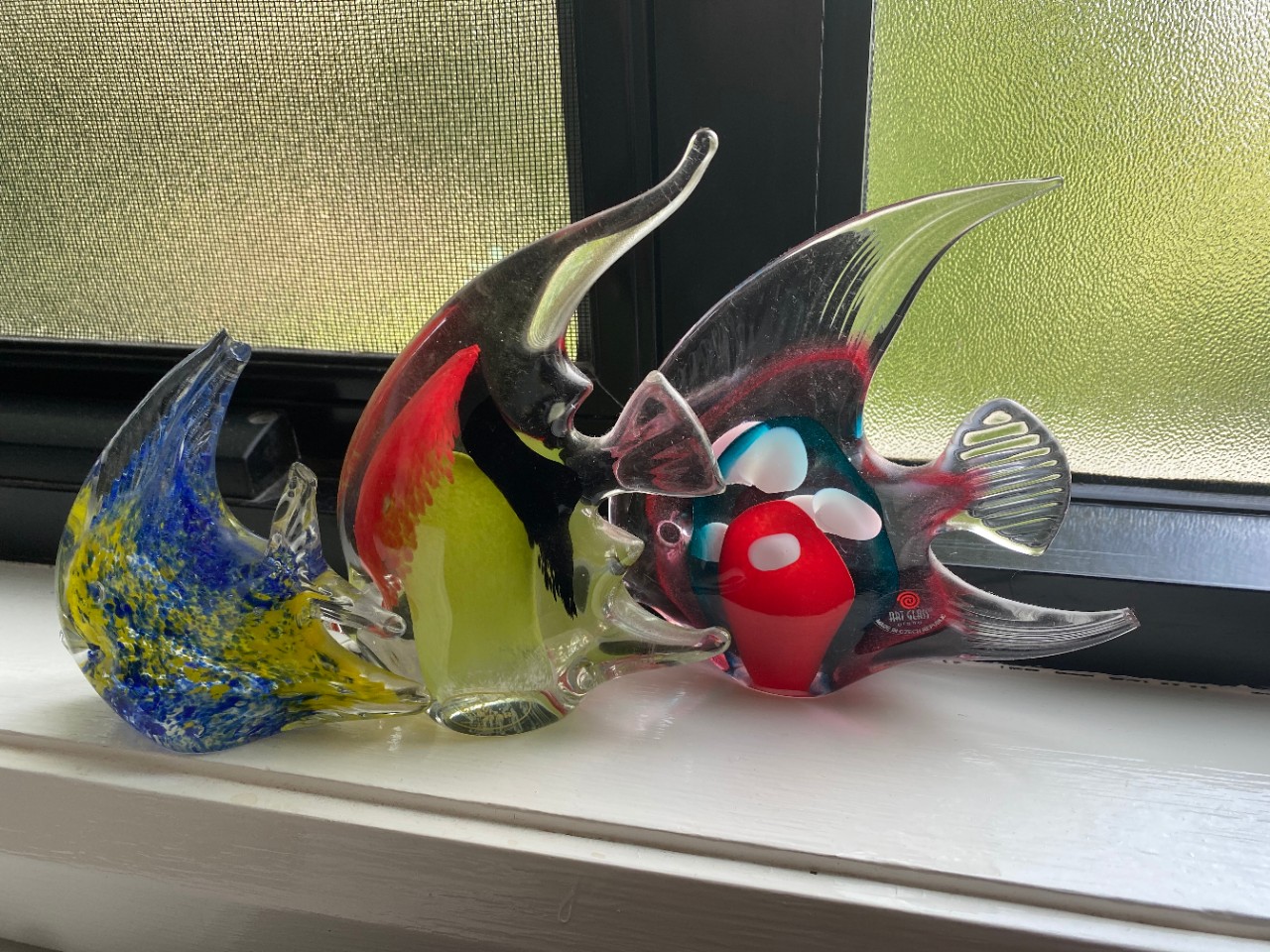 My late father used to be a bricklayer but (like all good builders) our house was always falling apart! Dad was absolutely not a handyman and our garbage bin used to be full of things he had tried to fix and could not get back together.

That being said, one of his (and my) most proud moments was when he built two of these stools and presented them to me for my children (at least he said he built them). They are still with us today and are usually used for retrieving things from high places but now they live in my home office as a stand for video conferencing with my laptop - a common feature of my day now! 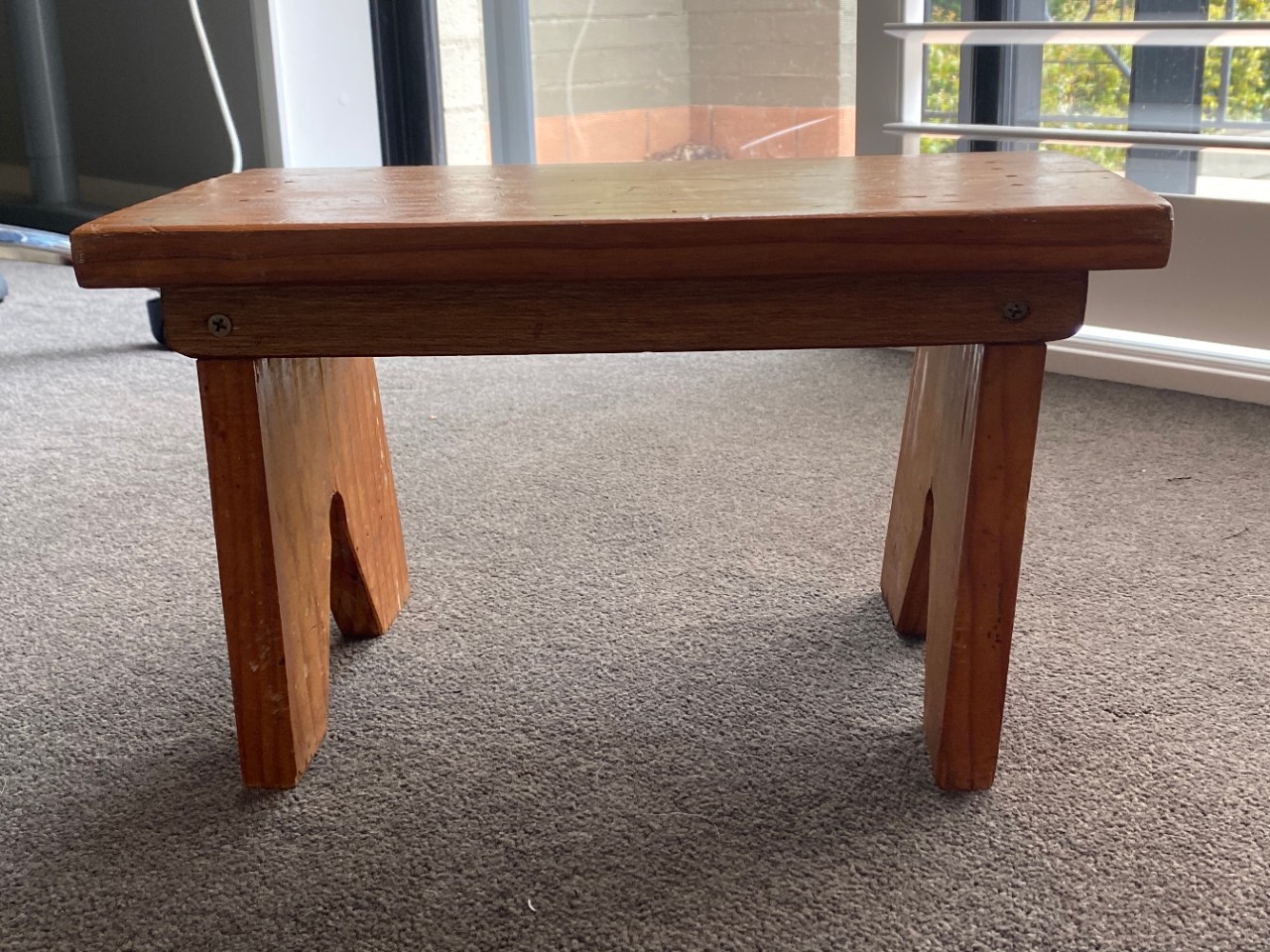 Working from home: the full series

In this new series, step into the homes and offices of ANZ’s executive team to see what just what they are collecting and what’s important to them.