“It is super exciting. It is definitely ambitious. But for us to keep growing we need to take control of our manufacturing.”  Jeremy Goldman. 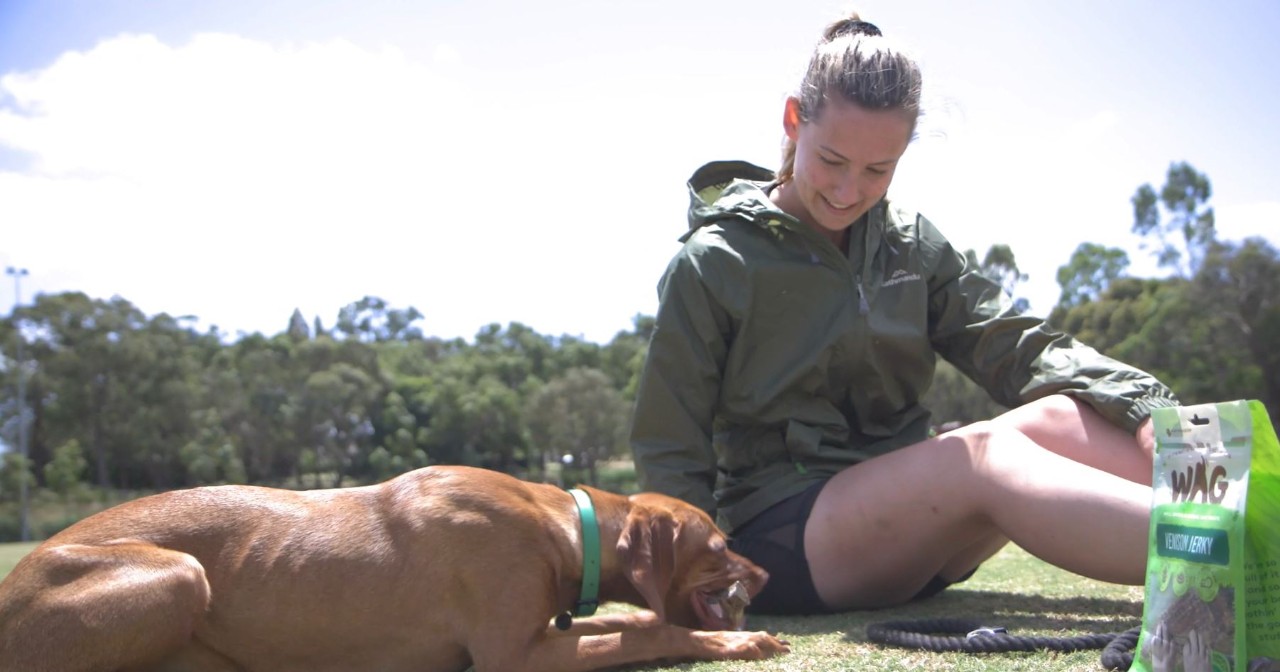 The humble Aussie family dog became the surprise star of the COVID-19 pandemic as we sought companionship in an often lonely lockdown. As dog owners spoilt their furry friends rotten, one upstart Melbourne company – that began at a local market as a passion project – had a box seat to the growth of this very lucrative industry.

Levi the 12-month old French mastiff was “completely emaciated” at a distressing 28 kilos when Jeremy Goldman adopted the rescue dog four years ago.

“My dog is my best friend, he is really a member of my family,” Goldman says of his beloved pet who now weighs a healthier 60 kilos.

Australians love their dogs and they love to spoil them. And the COVID-19 lockdown only accelerated this. Reports of breeders and animal welfare shelters across the nation running out of animals were common as the pandemic and subsequent lockdowns intensified.

According to pre-COVID figures quoted by the RSPCA, Aussies have about 29 million pets and spent $A13 billion on them in 2019, with dog owners spending an estimated average of $A1627 per animal. In 2020 they looked to spend even more.

What Levi did not know when he was adopted was he would have a closer eye to the doggy treat explosion than other dogs.

“His owner is Willy Wonka,” Goldman jokes of Levi’s access to doggy treats.

Goldman just happens to be the founder and head of product development at WAG, a Melbourne based company that manufactures and sells small batch natural and sustainable dog treats. This includes everything from kangaroo, cow and pig ears, to bones and jerkies.

The company uses slow air dehydration to remove water and moisture from raw meat “adding nothing nasty back in” and locking in the “natural nutrients” for its range of treats.

WAG also makes yoghurt drops and offers a range of roo bones and goat horns which dogs love to chew on.

(Jeremy points out Levi is “a great test pilot” and can be “quite picky”.) 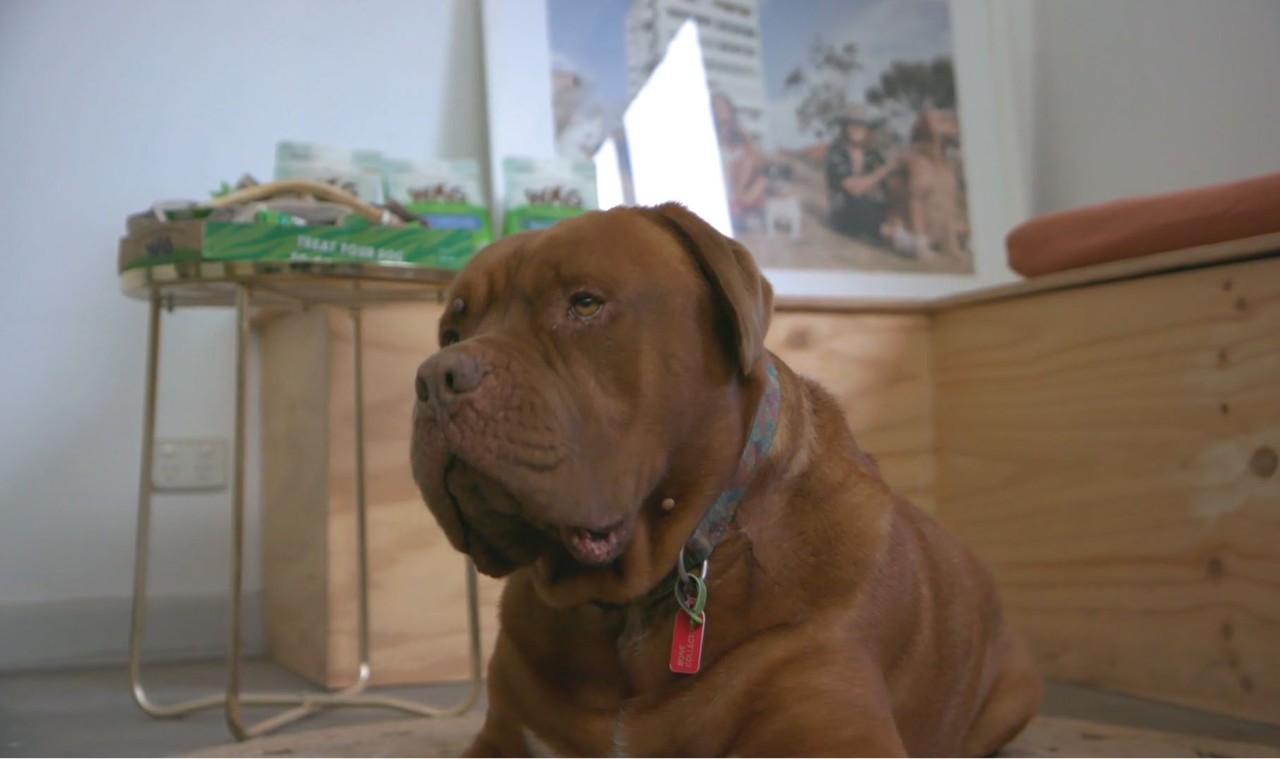 WAG has had solid growth over the last 36 months but also projects further growth ahead.

During the COVID lockdown the number of orders the company took per week doubled. But at the same time individual order sizes grew.

The growth of the pet industry in Australia has meant interest from private equity groups with funds looking to acquire, roll up or take an interest in fast growing consumer pet companies which can steal shelf space from the multinational players like Mars and Nestle.

The global benchmark for making the most of the pet boom is the US based online seller of pet food, medicine, toys and clothes Chewy Inc.

Chewy, which listed on the New York Stock Exchange in June 2019, once had shares valued at $US30, they now go for about $US91 with a market capitalisation of $US37.6 billion.

Goldman’s approach with WAG has been successful in targeting the changing demographic of millennial dog owners who are concerned about how healthy and ecologically sound the products are.

Goldman says new dog owners during COVID seemed to be young office workers who had getting a dog on their “bucket list” and now had plenty of time to look after one at while home.

He also says sites like Facebook and Gumtree now made dogs more available than in the past.

“We have a lot of couples who take on a dog as a rite of passage prior to their first child … it is their first step to parenting.”

Goldman and his partner’s first child is due in March.

Goldman says the company began as a simple “passion project” after he left university with a commerce degree in 2008 – just as the global financial crisis tightened job markets.

His moment of clarity came as he wandered around a farmers’ market in Los Angeles during a spot of travelling.

Goldman chatted to a stall owner who was selling natural treats like pig ears, pork bones and beef jerky.

“(They were) just packaged up very appealingly, like nothing I had seen in the market,” he says.

Goldman grew up in the Melbourne suburb of Caulfield with a Saint Bernard named Winnie, a Bernese Mountain dog named Bernie and a Samoyed named Simba. He was always conscious of what he fed them.

“I had this desire to start a natural treat company. I didn’t think anyone at that time 11 years ago was doing it very well. There was no clear category leader. I thought about it on a very micro level and I could get something up and going.”

On arriving home to Caulfield, he went to his local St Kilda butcher and bought all the dog treats on display. Goldman got a mate who was a graphic designer to design the package and he took it to the St Kilda farmers market.

He arrived at 5am and was sold out by 10am – he knew he was onto something. “I did that for 12 months, working multiple farmers’ markets.”

The next leap came when the owner of a chain of 11 pet stores approached him at St Kilda market and says they wanted to stock his goods.

“Literally overnight I got the opportunity to commercialise the business.  What was a passion project turned into a full-fledged business.”

The next seismic shift happened in 2015, when national retailer Pet Stock approached to trial the goods.

“That was the big moment – that was when the penny dropped for us,” he explains.

“To get ranging into a national retailer … everything was enhanced. Our level of professionalism, our standards of work.”

The company now employs 35 people and is stocked across the other major national pet retailers.

WAG dog treats have been hugely popular during the pandemic.

When the COVID pandemic struck and lockdowns occurred, the first big impact for WAG was when wholesale orders – which represent about 80 per cent of orders – started pulling back amid fears customers would tighten their belts.

“There was a lot of uncertainty about how COVID would impact our major customers. They were pulling back because they didn’t know what the future held for them.”

“However, at the same time we had this crazy spike with our online sales.”

“In the space of a month we grew maybe 100 per cent in (online) sales and it was sort of offsetting the wholesale uncertainty. So we channelled a lot of energy into online and ecommerce.”

“But what we found was, six weeks after this spike, wholesale started to pick up again.”

Goldman says wholesale has returned to being the main sales channel.

At the same time WAG had to overcome logistical problems, such as staffing levels in its warehouse which reduced by one third due to COVID safety rules.

“We had more orders with less people (to handle them),” Goldman says.

“The other major challenge was we are one cog in a very broken supply chain. We had all these orders but there were major delays with freight, with stock coming into our warehouse.”

“We stayed very transparent with our customers.”

It was during the crisis Goldman made the decision to outsource online fulfilment to a third party logistics partner as “there was too much going on."

“We’d been having these conversations pre COVID (but) that was the catalyst to make that decision,” he says.

Amid the pandemic lockdown WAG made the huge decision to buy a factory and move manufacturing in-house. It completed the purchase a couple of months ago.

“Our volumes now justify manufacturing ourselves, because our contract manufacturers can’t keep up with our demand,” Goldman says.

“We were already experiencing that last year. This has been accelerated now.”

The company has for a long-time used contract manufacturers to make treats, these are mainly ex-butchers who dehydrate doggie treats as a sideline business.

The new factory will be a packaging and finishing facility but also a home for its manufacturing.

ANZ Relationship Manager Luke Sorrenti says being able to support WAG in purchasing a facility to manufacture from is a positive step in the right direction, as it’s going to assist in further strengthening their growth in the market.

Luke says, “Jeremy and the team are passionate about their products, are committed to controlling the process end to end in order to ensure quality control and have taken a big negative being COVID-19 and turned it into a positive story of growth.”

“Our plan is to be up and running and in production in April. We are going to get into the manufacturing side which we haven’t been,” says Jeremy.

“It is super exciting. It is definitely ambitious. But for us to keep growing we need to take control of our manufacturing.”

Goldman says the other ambition in the New Year is to focus on expanding into global online marketplaces such as Amazon and eBay.

“It’s been a crazy journey and a lot of learning by doing,” he says.

WAG is customer of ANZ.

In this series, Jeff talks to small to medium businesses about their journey and experience of growth during 2020 - a year like no other.