Pic: Katrina Rathie is breaking through the bamboo ceiling

To say women and culturally diverse people around the world have been transfixed and inspired by the ascension of Kamala Harris to the role of Vice President of the United States is probably an understatement.

The fact Harris is the first Asian and Black American female to hold this high office has been cause for genuine celebration all around the world. Millions of people watched the inauguration to see our new heroine wear a purple suit to take the oath of office before Sonia Sotomayor, the first Hispanic and Latino Associate Justice of the Supreme Court of the United States.

“Maybe the rise of this Vice President resonated so strongly with me because I too am the daughter of an immigrant family.”

Over the summer holidays, I devoured Harris’ 2019 autobiography The Truths We Hold and Kamala’s Way, An American Life by Dan Moran. From my reading, it appears Harris is very much her mother’s daughter: the late Shyamala Gopalan was an Indian immigrant who worked as a single mother to raise Harris and her sister and who very much shaped the Vice President’s view of fairness and equality.

Maybe the rise of this Vice President resonated so strongly with me because I too am the daughter of an immigrant family. After my parents migrated from China, I was the first of my generation to be born in Australia, the first member of my family to study law, the first to be admitted to the New York Bar.

When I left university, I was the very first lawyer with a Chinese cultural background to be employed by Stephen Jaques & Stephen (which became Mallesons Stephen Jaques), in those days a largely white male Anglo Protestant firm with a handful of white women. 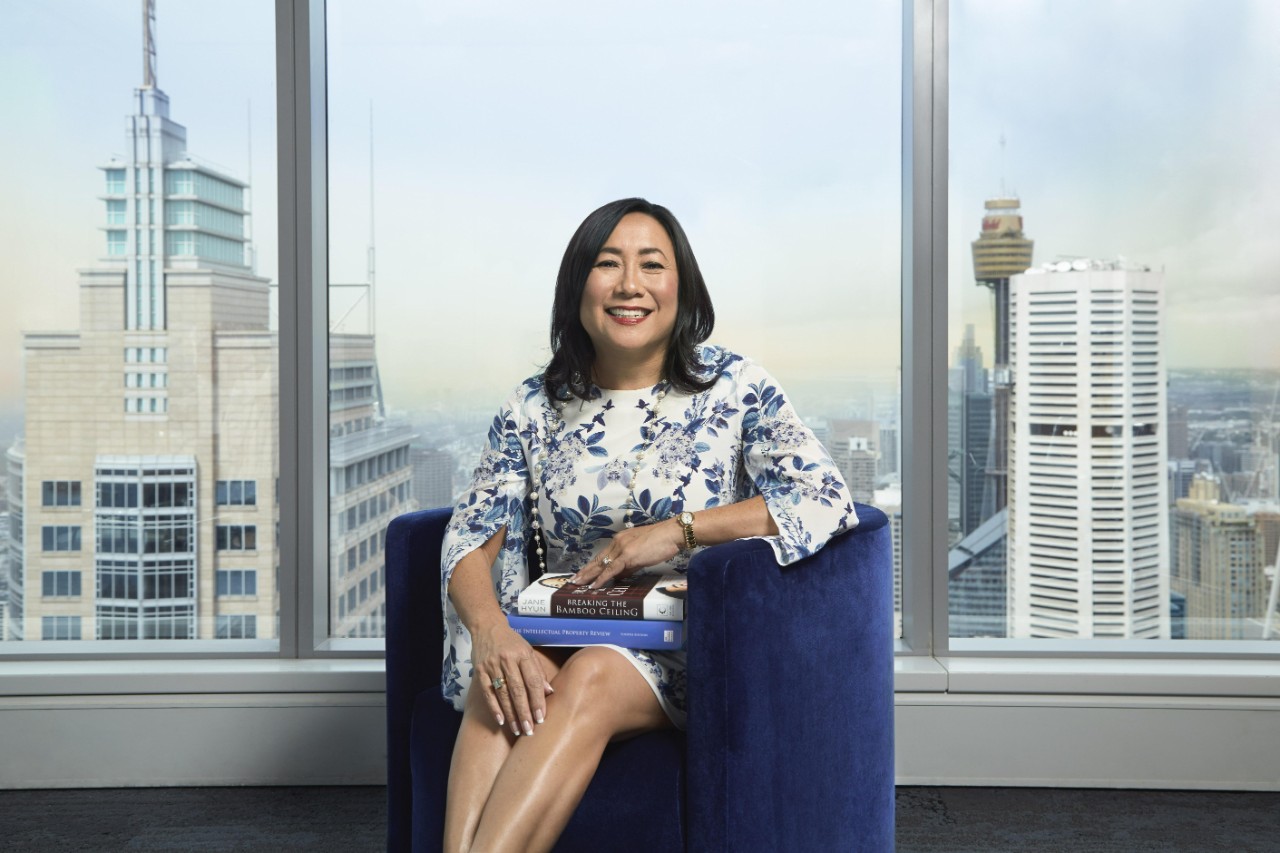 Pic: Katrina Rathie at her office in Sydney

Harris knew her moment had come and her rally cry: “I may be the first woman to hold this office. But I won’t be the last” resonated with every minority who has ever looked up to a role model and aspired to do better. The sisterhood and every Black, Asian, minority and migrant person cheered and high-fived because we finally saw the glass and bamboo ceiling shatter at the very highest level.

I had goosebumps and can’t get enough of this amazing, trailblazing woman who had been an Attorney General of San Francisco, Senator of California and now is a heartbeat away from the Presidency. 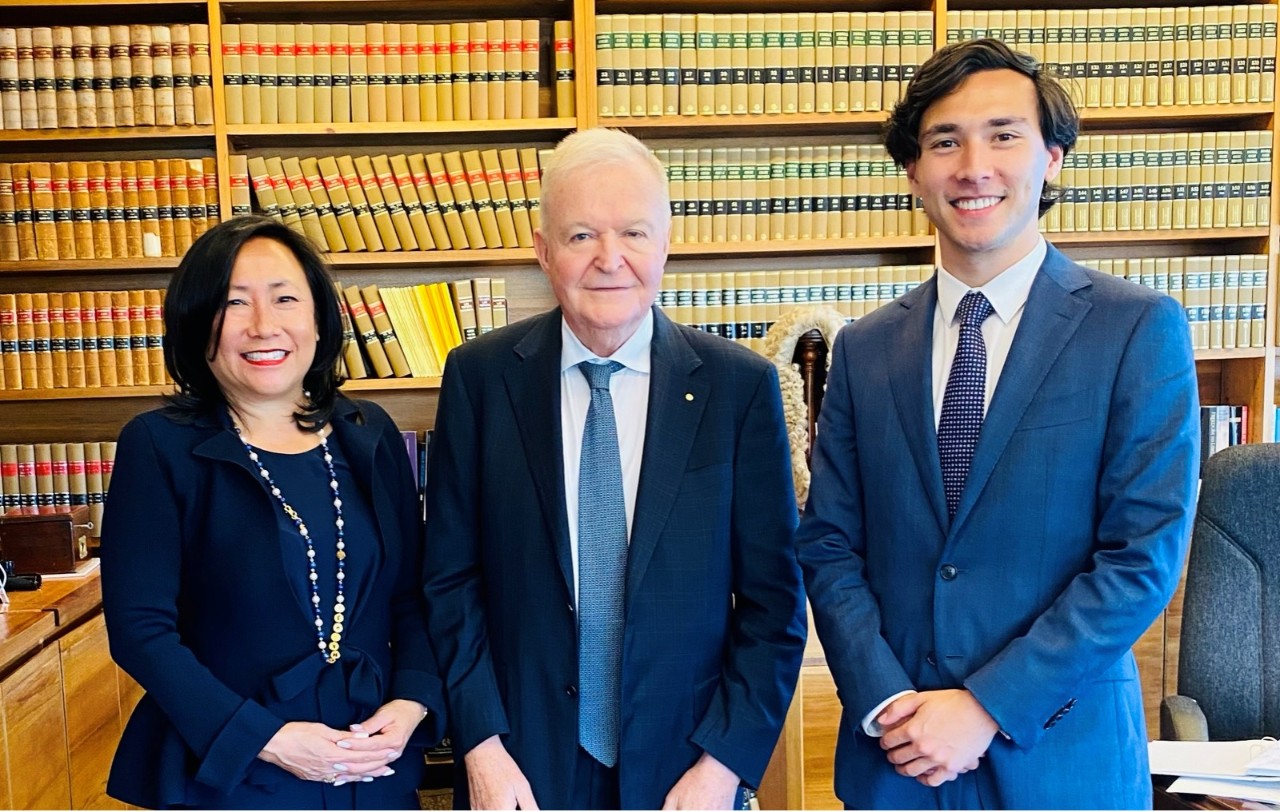 Thirty-five years after I was admitted to the New York Bar, at my son’s solicitor swearing in ceremony in late 2020, Justice Julie Ward, Chief Judge in Equity from the Supreme Court of New South Wales (and one of my former supervising partners) recounted to Chief Justice Tom Bathurst AC the very first time she interviewed me for a graduate job.

After seeing a string of blokes from private schools, I was the last interview of the day and she exclaimed: “Woah, well look at this -- what exactly do we have here?” To this day, I don’t know if she was talking about the black and white leopard skin dress with stilettoes I chose to wear to the interview, my long waist length black hair or the fact I was an Asian woman.

I was duly hired and in 1994 became the first Asian Australian partner of the firm (although I was also the first partner in about 150 years to be omitted from the company letterhead). Fast forward to 2014, I became the first culturally diverse person chosen to lead the Sydney office of King & Wood Mallesons. During the seven years I have been Partner in Charge, I have used my voice and position to be a leader who has proudly advocated for gender equality, cultural diversity, fairness, inclusion and belonging. I was humbled to be named in the most recent AFR 100 Women of Influence List and the overall winner in the Board & Management category, recognised for my influence and contributions to leadership in the law, and advancement of women, gender and cultural diversity. 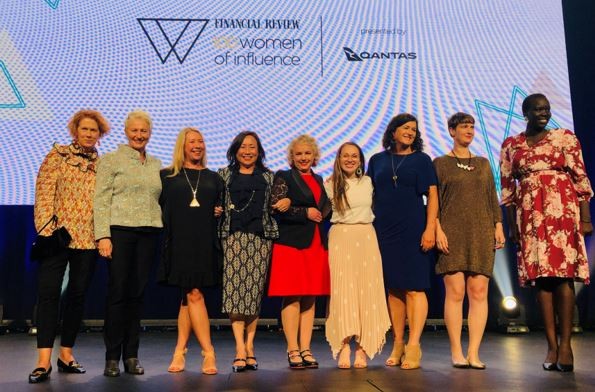 Harvard Business Review has conducted studies which say women, and particularly culturally diverse women, need powerful role models in leadership, to see who we can be. I wholeheartedly agree.

Great leaders will mentor, sponsor and advocate for change and pave the way for others to rise and become the best version of themselves, so trailblazers may be the first but not the last. We need to empower and pull up those behind us.

Julie Chai’s Asian Leadership Project’s second national conference is being held from 24 - 25 February 2021 in a virtual format due to the times in which we live. With ANZ as Gold sponsor and Sydney Stock Exchange as Silver sponsor, it’s fabulous for King & Wood Mallesons to be the Host Partner to showcase a talented array of culturally diverse role models and leaders, including younger and upcoming leaders. 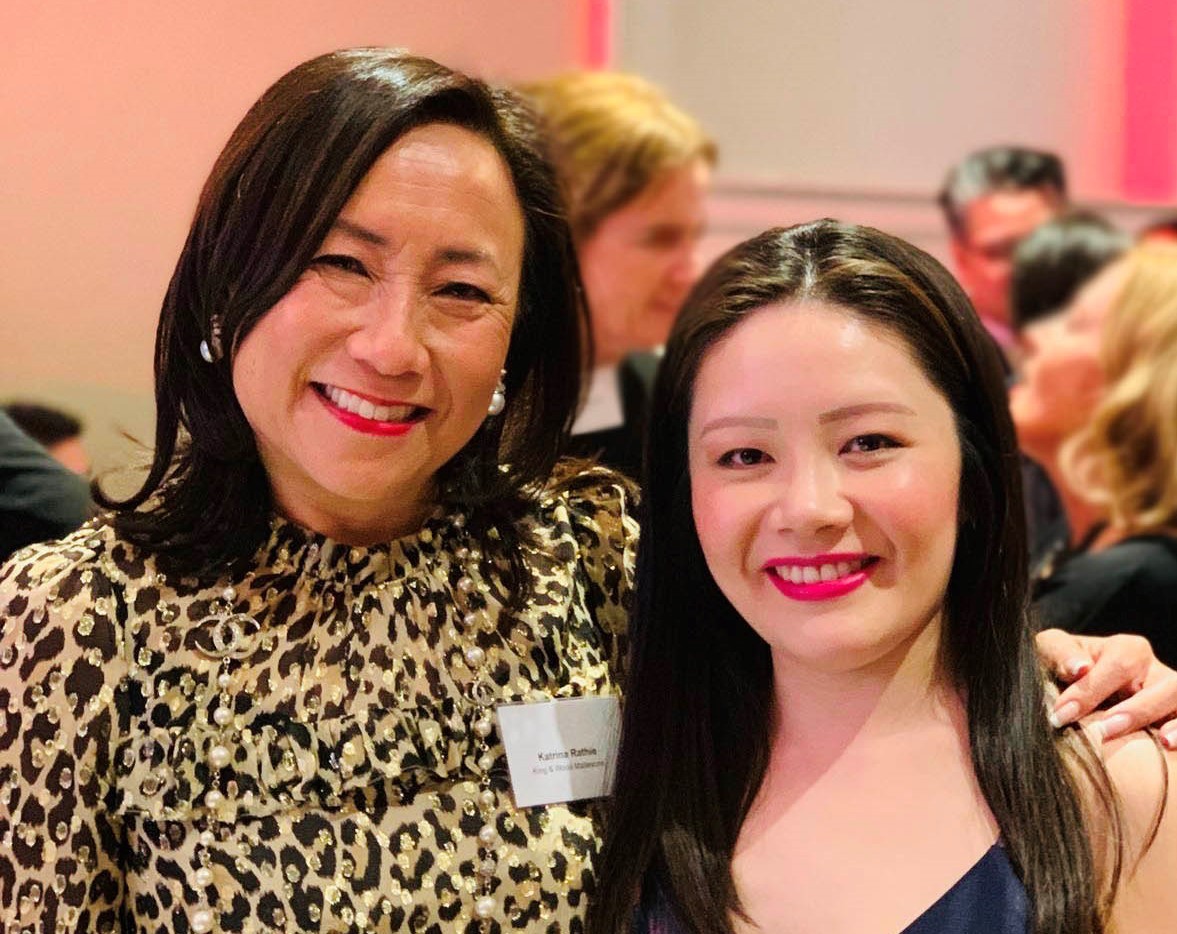 Pic: Katrina and Julie Chai at the Asian Leadership Conference

In the first session, my colleague, Senior Associate Diana Liu, a rising litigation star at King & Wood Mallesons, will facilitate the Emerging Leaders panel on Wednesday, 24 February featuring Enya Cai from the Victorian Department of Premier and Cabinet, Celia Tran from the Victorian Multicultural Commission, Giancarlo de Vera from Disability Australia and the Australian GLBTI Multicultural Council, and Yasmin Poole, the recipient of the 2021 Martin Luther King Junior Youth Influencer of the Year Award (recognised alongside Lady Gaga and Oprah Winfrey no less!).

Also on Wednesday 24 February, we will hear from the passionate and energetic Dr Tom Verghese, founder of Cultural Synergies and author of “Cultural Agility – a practical guide to putting cultural intelligence into action”.

On Thursday, 25 February, we will hear from Leonie Valentine who has recently returned from Hong Kong to be the Managing Director of Google Melbourne, Michael Go, CEO of the Sydney Stock Exchange and Minami Kinjo, Diversity & Inclusion Champion at LinkedIn.

I will also be interviewing a very special mystery guest whose identity will be unveiled soon – one of the most watched culturally diverse women in Australia.

Click here for more information about or to register for the conference.

Katrina Rathie is Partner in Charge, Sydney at King & Wood Mallesons and a non-executive director.

ANZ is proud to continue to partner with the Asian Leadership Project, and further shared goals of increasing the representation of people from culturally diverse backgrounds in leadership, as major sponsor of its National Conference later this month

Chopping down the bamboo ceiling

A panel of experts share insights into the mechanics of leadership and the importance of reflecting the diversity of your customer base.

Where is Australia’s boardroom diversity?

The lack of diversity in Australian boardrooms means business is not making the most of the talent the country has to offer, according to Australia's Race Discrimination Commissioner.