What you love can be what you do

“By choosing a different path, I genuinely learn something new every single day and have begun to carve out a clear path and purpose I love in the most unexpected ways.”

No matter where your career takes you, our Graduate program will provide you with the foundation you need to grow and succeed.

Apply for the ANZ Graduate program.

From the age of 14 I started working at a local supermarket and by 18 I was an assistant manager and driving forklifts, working in sub 30 degree temperatures in the supermarket freezer.

I’ve always been curious and driven and had always assumed at some point in my life I would magically grow up and figure out exactly who I was and what I wanted to do with my life.

I thought to myself, I will live with purpose, feel fulfilled and enjoy eating salads (just kidding on the last part!).

However, when I finished university at 20 with a Bachelor of Business, I was no closer to finding myself or the direction I was looking for.

While remotely completing my degree full-time, I also worked in ANZ’s branch network as a Banking Consultant. When coming to the end of my degree I wanted to explore new avenues but didn’t know where to start.

Feeling lost, a good friend of mine encouraged me to apply for ANZ’s Technology Graduate Program… and now let me be that friend for you and tell you why it changed my life. 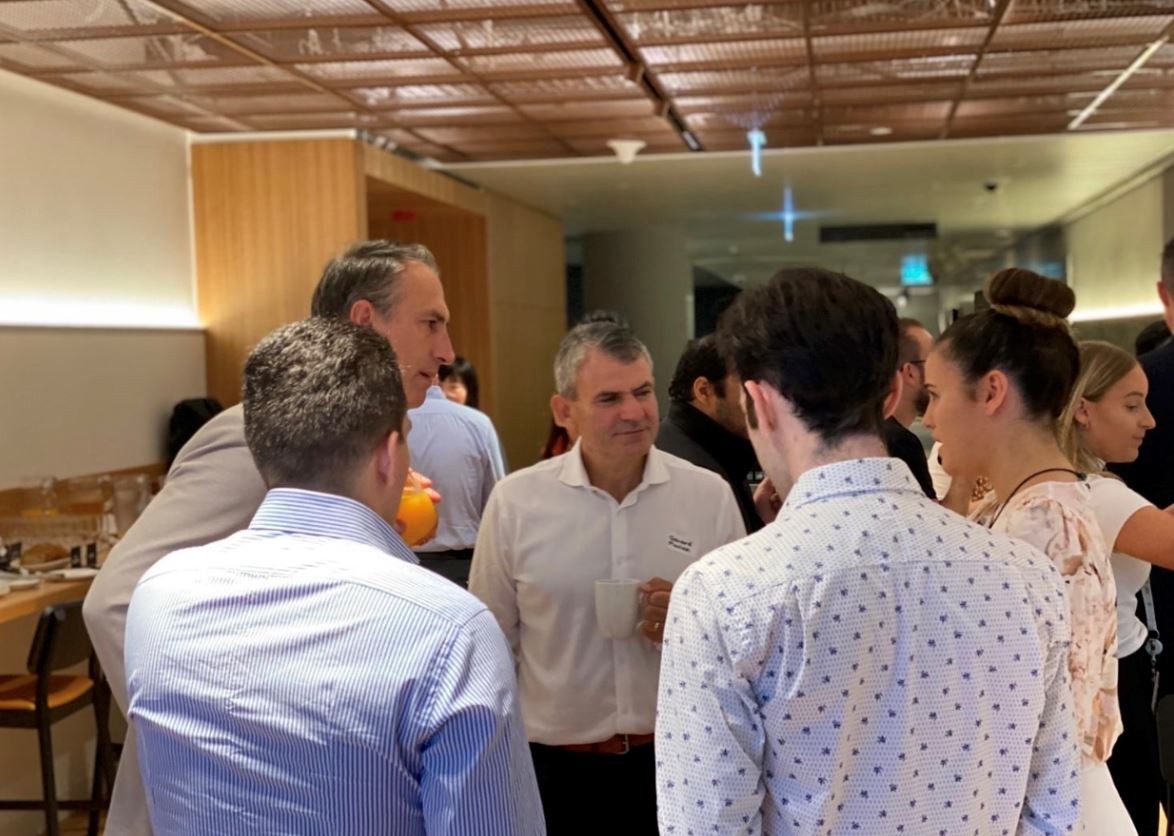 One of the first things I learnt when entering ANZ’s Graduate Program was the majority of the graduates around me felt the same as I did - no clear purpose and a lack of direction after university.

For those who may not know what they want but are eager to try new things, the ANZ Graduate Program is a great option.

As someone who grew up in the Waikato region of New Zealand, Melbourne was a huge change from the small country towns and cities I was used to and the even smaller schools I attended.

Feeling out of place among the busy city life and my high achieving counterparts, I had a bad case of - what some refer to as - ‘imposter syndrome’.

To overcome this, I focused on changing my mindset to see my previous experiences as a superpower rather than limiting; and using unfamiliar experiences as opportunities to grow. This approach revolutionised my experience in the program.

During our first week of the program, we didn’t jot down long-term career plans.

Instead, we learnt about the power of developing a growth mindset. As someone who has always been interested in psychology and learning about what makes humans tick, I found it fascinating.

When presented with a challenge, a growth mindset encourages you to see it as an opportunity to grow, not a chance to fail. And believing that hard work and your ability to learn determines your potential and achievements - not chance or luck.

Being introduced to the concept of a growth mindset has completely changed my perspective to work on not limiting my own potential. 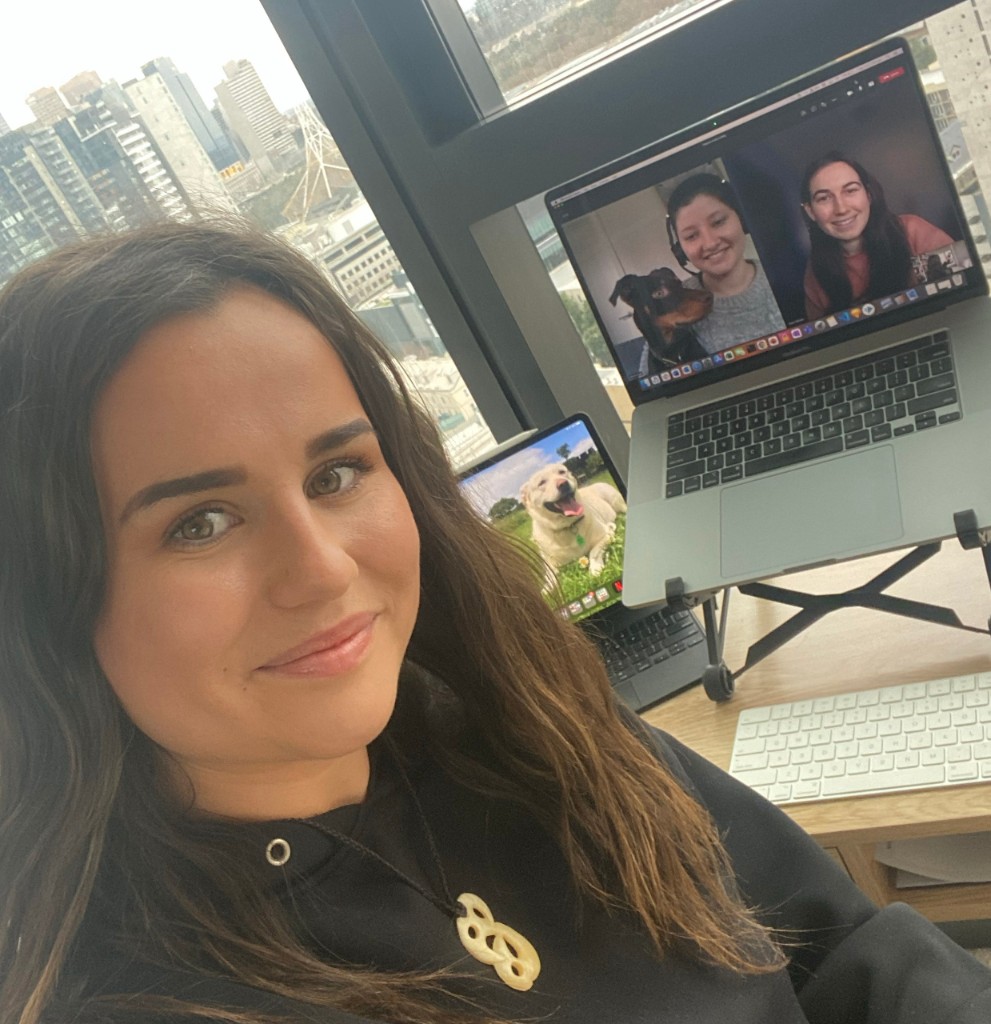 Holli working remotely with her colleagues.

When leaving university, it is easy to dismiss your potential and not apply for different opportunities that may interest you.

Before ANZ, I had no experience of technology. I applied out of curiosity of how technology effected my own life and the interest I have in companies that drive technology innovation – think Apple, Google, Facebook, etc.

Do not discount your previous experiences and the relevant lessons you gained from them. Transferrable skills such as collaboration from uni group projects and participating in sports teams, speaking skills developed from doing presentations or adaptability and resilience from life events are all very valuable to employers across various industries.

The ANZ Graduate program looks for unique thinkers and people from diverse backgrounds who bring different perspectives. You’re encouraged to try new things that interest you and find new experiences that set you up for whatever pathway you find passion in.

By choosing a different path, I genuinely learn something new every single day and have begun to carve out a clear path and purpose I love in the most unexpected ways.

A mentor of mine told me recently “it doesn’t matter what your role is, or what pathway you’re on, as long as you are learning something new that interests you, you’re in the right place.”

At ANZ, we are committed to giving our people every opportunity to learn and grow by creating a thriving and inclusive workplace.

We are accelerating our global early talent programs to help us attract, retain and grow our pipeline of diverse, adaptive and untapped talent.

These programs include Return to Work, Spectrum, Graduates, Internships, TAFE trainees and more.

What you love, can be what you do

Often, we think having a purpose and direction means landing the ‘perfect role’.

For many of us this does not exist. Within ANZ Technology, we operate in an agile environment which allows employees to explore how they can build their passions and lifestyle into their role.

For me, I discovered things I loved and didn’t love so much in each rotation completed.

And I learned I love strategising how to create a better future. Exploring ways to leverage new and emerging technology, creating ideas to bring to life a better future for our customers and communities.

In my current role at ANZ, I’m surrounded by leaders who implore me to voice new ideas and support me to drive projects I have a vision for. Each week brings something different and at ANZ there are so many opportunities I have no idea where I will be in a year.

But the Graduate Program has instilled in me the confidence to know how to spot opportunities and believing in myself to keep trying new things and growing.

My advice to others who are looking to find their way in their career is to believe in your own potential and give it your all when applying for different opportunities – you just never know where you will find your purpose and direction.

Holli Deverall is a Journey Expert within Group Technology at ANZ.

This article was originally published on Holli’s LinkedIn