“In the year 2000, ANZ’s branch network moved into the new millennium with an updated branch design – again reflective of the need for more space to have a conversation with the customer.” 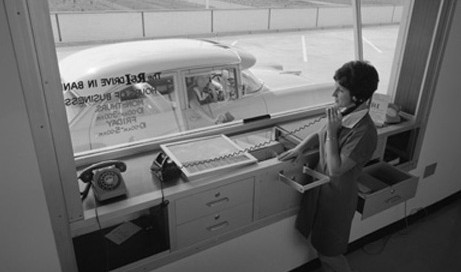 Traditional bank buildings - dating back to the early 19th century - were distinctive landmarks in towns and suburbs, keystones to the life and prosperity of a town.

The buildings not only exuded a sense of permanence, they provided the physical security to protect the bank and its customers’ assets in a time before CCTV and complex security systems. The security was provided by the structure – what was called the “edifice affect” - and was often complemented with branch mangers and tellers trained to use firearms. 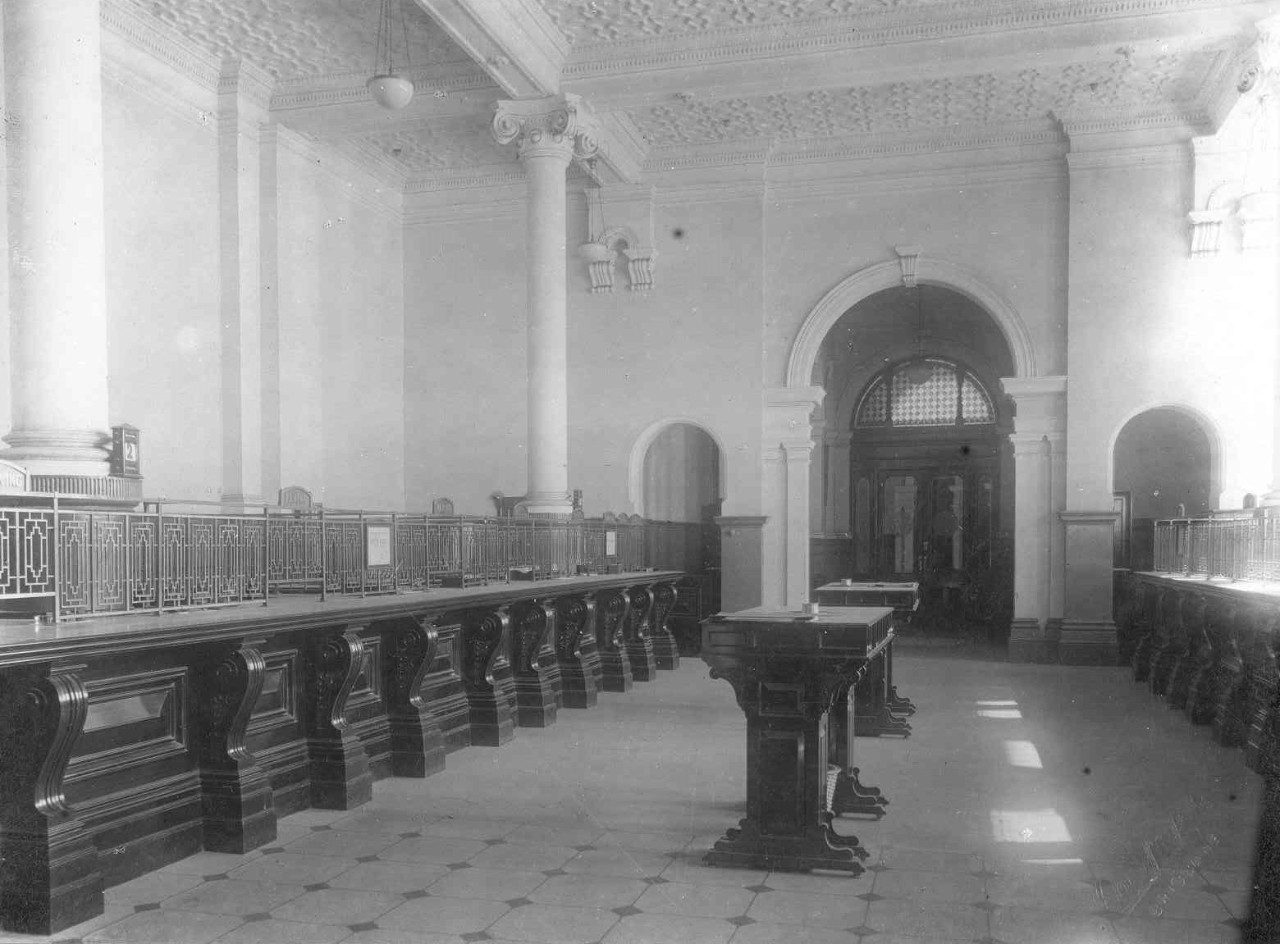 Pic: Inside a typical branch during the early 1900s

These branches were purpose built, with the strongroom and tellers forming a structural component of the design. The resulting floorplan generally provided only 20 per cent of available space for customers with the remaining allocated to secure storage, offices for management, ledger machines and other telling functions.

Fast forward to the 1950s and a more modern era of banking had arrived.

ANZ predecessor ES&A introduced Australia’s first-ever drive through branch in the Melbourne suburb of Camberwell in 1954 offering a convenience not previously encountered in the local banking industry. 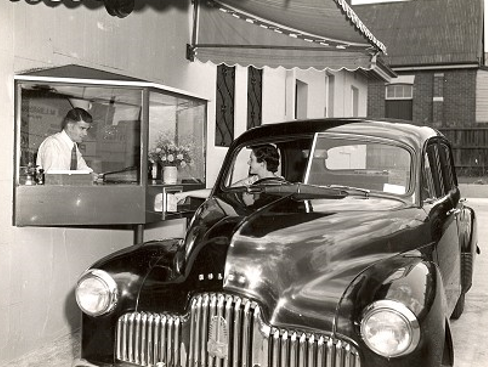 With time, the style of architecture moved away from a traditional look towards increased natural light and suspended ceilings. Branches also embraced modern finishes including laminate plastics and vinyl which replaced the traditional solid timbers, brass or even marble. This style remained prevalent through the 1970s and right through to the mid-2000s.

The servicing concept of a “straight line” counter continued to be used however larger branches often segregated this line into two parts: information for account maintenance and enquiries, and tellers for transactions. 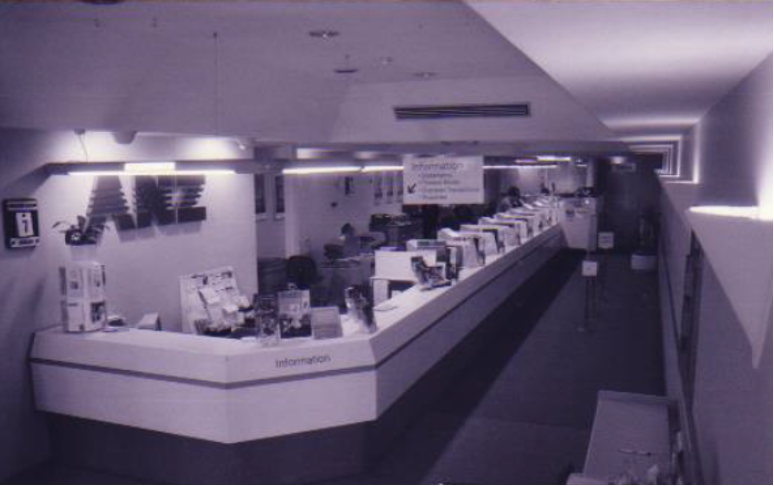 Security measures in branches accelerated in this time with monitored alarm systems at selected larger branches and fixed cameras installed across the entire network – the first national initiative towards standardisation.

Although “back of house” space began to free up during this time, the fixed nature of telling counters and other elements meant this space was not readily used. The design of new branches took this into consideration and the ratio of customer to staff space moved closer to 40:60.

As the world entered the 1980s, Australia saw the introduction of two major changes in retail banking. The first generation of electronic banking systems were installed across the entire network and new gun laws were introduced, resulting in ANZ having to remove all firearms from branches.

However these changes to the network resulted in a massive spike in bank robberies. In the mid-1980s each of the major banks were averaging two robberies per week across the nation. In 1987 an agreement by ANZ and the Financial Services Union required all branches that sustained two or more robberies in any 12-month period be fitted with rising screens. A robbery at ANZ’s Chapel Street branch in Melbourne also led to the development and installation of Cryptoguard alarm systems to all high-risk branches.

The increased focus on security coupled with the introduction of electronic banking systems led to a further evolution of the branch design. At the outset, branches were divided into various operational zones:

The inter-relationship of these areas, and particularly the lines of sight between them, were a key element of the design process. 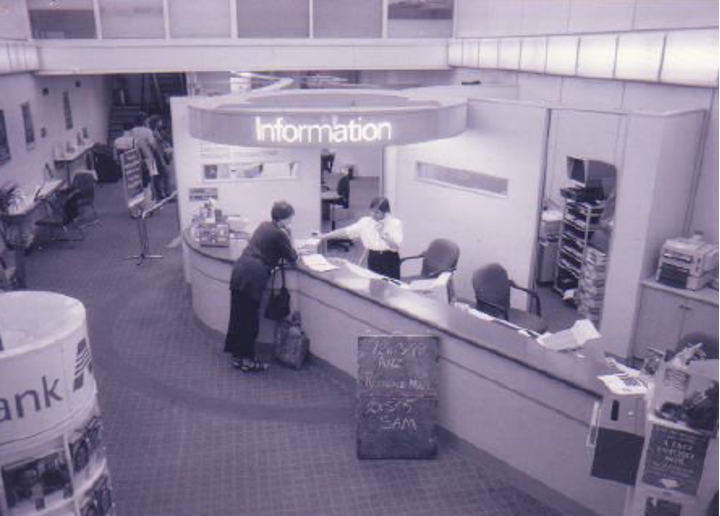 This also facilitated more complex conversations about milestone products such as home loans without the need to adjourn to an interview office.

In the year 2000, ANZ’s branch network moved into the new millennium with an updated branch design – again reflecting the need for more space to have a conversation with the customer.

Functionality and security were again the focus for updated telling spaces located within a portal, creating a cleaner look when anti-jump screens were installed. New free-standing sales desks – known as “pods” – allowed branch staff to remain highly visible and enabled more personal contact with customers. These pods were laid out in a random pattern to break up the older style “rigid” look and feel of branches.

The increased customer accessibility to staff led to a major cultural shift, particularly in busy metropolitan branches where the volume of customer traffic and inherent background noise provided a level of privacy. 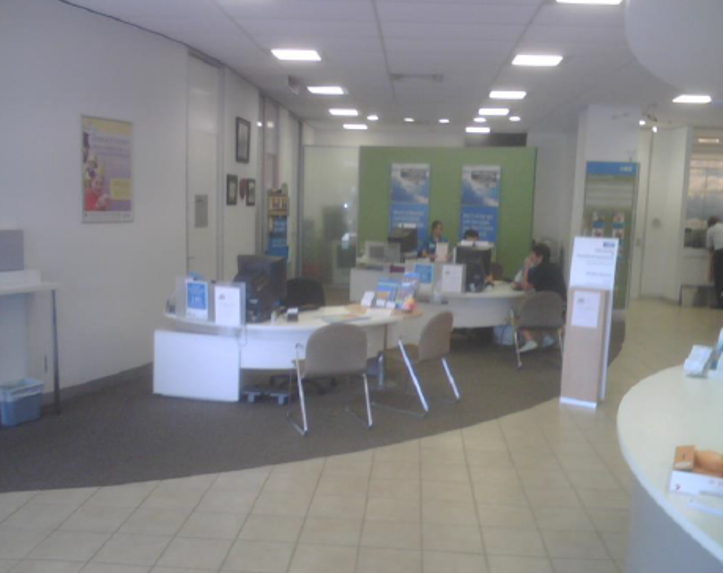 In 2005 a new prototype branch was piloted after extensive consultation and workshopping with branch staff and other key stakeholders.

A more contemporary look was created with new joinery elements and finishes but the most noticeable change was the design of the sales pods. Increased visual privacy was provided by surrounding the pods with a curved acrylic screen featuring banded striping. 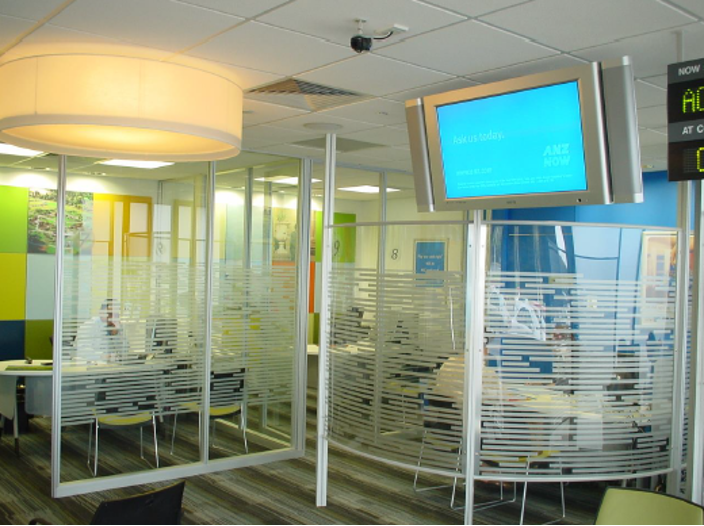 With the ability for customers to self service, often remotely, via online and mobile experiences, the branch network continued to evolve to meet customer needs. By the mid-2010s, ANZ’s digital branches offered customers access to free Wi-Fi, next generation smart ATMs, online services and a new “banker desktop” which could eliminate the need for paper and provide faster response times to queries. 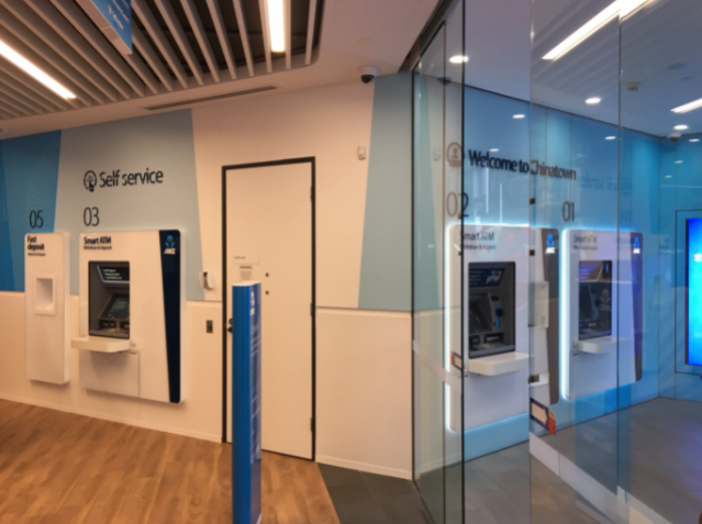 ANZ also launched dedicated “Home Centre” branches with a focus on creating more comfortable and familiar spaces to enable a conversation about home loans. These branches are only staffed by home loan specialists to ensure customers have access to team members who deeply understand home borrowing. 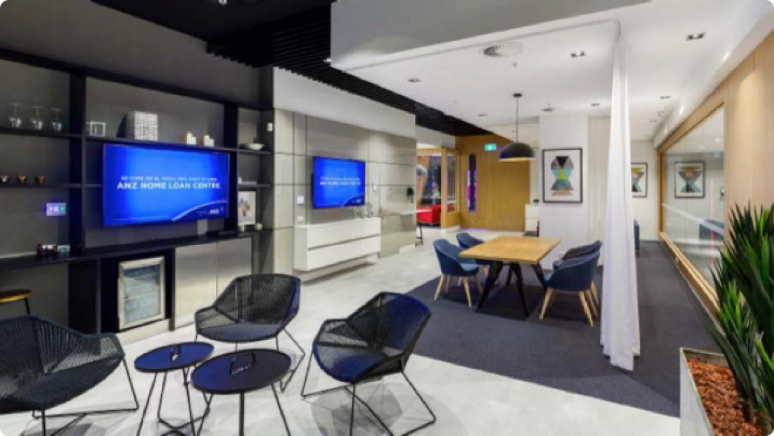 The design and functionality of ANZ’s branch network has – and will - continue to evolve and change over time as both customer and staff needs shift. We have to imagine the branch of the future as evolution continues.

Duncan Sinclair is Design Director for Group Property at ANZ

On history and breaking into your own bank

ANZ isn’t a 200-year old startup, but has a similar story of humble origins.