Meeting in board room

At ANZ, improving the representation of women in leadership and achieving gender equality is a business imperative - it’s about accessing the talent, markets and economic opportunities gender equality brings.

ANZ and CEW have shared goals to increase the representation of women in senior leadership roles and boardrooms and to increase the economic empowerment and financial capability of women. CEW members work actively to realise a vision of a community where people of all genders have equal economic and social choices and responsibilities.

Four of ANZ’s senior women leaders have recently become CEW members and have reflected on the focus they want to bring to create a better, more equitable future for women.

As a teenager musing about what career I might aspire to, one piece of advice from my mother has stayed with me: “do something that will allow you to be financially independent”.

The opportunity to earn an income and build sufficient retirement savings to live comfortably is fundamental to economic security. The data are clear - fewer women are able to achieve economic security than men. Despite participating at a greater rate in higher education, women tend to gravitate to lower-paid professions, earn less than their male counterparts in many professions and are more likely to take time out of the workforce due to caring responsibilities. As a consequence, on average women in Australia retire with superannuation balances around 65 per cent that of men.

My choice to join ANZ in 2008 reflected two focuses: I wanted to work in banking as banks have a critical role in enabling people to build financial independence through managing their money effectively; and I had heard ANZ supported women into senior roles and to work flexibly.

At the time I had three daughters aged under 5 so the ability to work part-time was critical. Since joining, I’ve seen ANZ continue to build on these great foundations including broadening flexible work and parental leave from focusing on women to becoming an employee proposition offered to all staff.

Becoming a member of Chief Executive Women gives me the opportunity to share what I believe ANZ does well in these areas with a broader audience while learning from others - so we can all improve. It’s also an opportunity to advocate for women’s economic security through improving financial literacy and workplace participation.

Some people are fortunate to get a grounding in financial literacy early in their lives from their family or through their education. However, the 2018 Household, Income and Labour Dynamics in Australia (HILDA) survey found while almost half of men surveyed were able to answer all the financial literacy questions correctly, only 35.4 per cent of female respondents could.

Women have historically assumed the main responsibility for child raising which has left them under-represented in the workforce or more likely to be in short-term roles. Women constitute just 38.1 per cent of all full-time employees in Australia but that number jumps to 75.1 per cent for part-time employees, according to Workplace Gender Equality Agency figures.

For many women, the shift to part-time work stalls their career progression. The challenge is in ensuring everyone, regardless of gender, who chooses this path continues to be provided with development opportunities.

This is especially important when it comes to ensuring a balanced pipeline for senior leadership roles. CEW’s most recent ASX300 survey noted currently only 16 per cent of CEO feeder roles, being CFO roles or ‘line roles’ with profit and loss responsibilities, are held by women. Women hold only 14 per cent of ‘line roles’ and 62 per cent of ASX300 companies have no women in line roles in their senior executive teams. ANZ has a track record of supporting women to grow and develop, including when they work part-time or utilise other forms of flexibility. 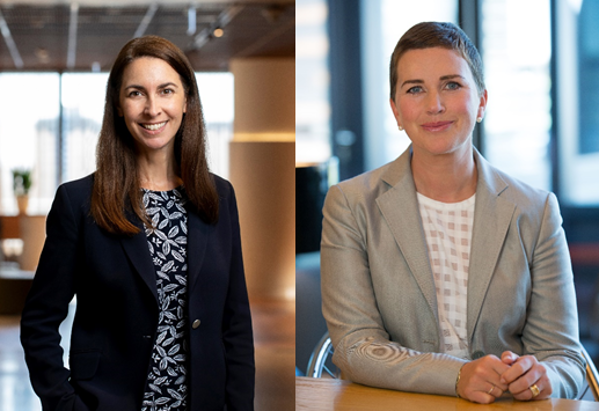 Lifting women out of homelessness

At work, I’m accountable for the banking experience of about six million retail customers and have duty of care for more than 7,000 colleagues working in our bank branches, contact centres and third-party businesses. These colleagues and customers are diverse, mirroring our community. It is an area of our business where diversity and inclusion is very real and very important.

Workplace inclusion is a given in this context but not something we can be casual about. It takes very deliberate action to ensure our banking services reflect the diversity of the community and customers we serve and in particular how we ensure diversity in our senior ranks.

ANZ is focused on lifting the financial wellbeing of our customers through partnerships, education and coaching. Economic participation is of course not a uniquely gendered topic but research – and our day-to-day interactions – show women are lagging men in their financial resilience. This is an area where ANZ can create meaningful impact.

This is even more important for a community issue on which I am personally focused, homelessness. For the last few years I’ve taken part in Vinnies’ CEO Sleepout to raise money for people facing, or at risk of, homelessness. More than 116,000 people are homeless on any given night in Australia - living in improvised accommodation, overcrowded dwellings, boarding houses, hostels, caravans or sleeping rough.

There is a national shortage of affordable housing. And while this problem is not confined to women, they make up the fastest-growing group of homeless people in Australia. The pandemic has only exacerbated the challenge of secure housing with family stress manifesting negatively for women and their children.

Access to housing is also critical for victim-survivors of violence to enable them to escape violent homes and build a new life. A report by Equity Economics “Nowhere to Go” shows family violence is the leading cause of women’s homelessness. And when women reach out for help because they can’t afford to rent a new home, only 3.2 per cent receive the long-term housing solutions they need.

Fiona MacDonald is Diversity and Inclusion Lead at ANZ

ANZ is Thought Leadership Partner of Chief Executive Women. The bank’s support enables CEW to help remove the barriers to women’s progression and ensure equal opportunity for prosperity through advocacy, research, targeted programs and scholarships. Stay tuned for more testimonials from the newest members of CEW from ANZ.

Focusing on growth at the top

There aren’t enough women in the executive ranks of Australia’s top companies. A cultural shift is needed to create more diverse pipelines of talent.

What makes up a good board?

Directors need to contemplate a company’s next big step, beyond the scope of the present strategy.

IWD2021: meet the women who #ChooseToChallenge

Today may be International Women’s Day but women make contributions to their home, work, industry and community year-round.