“Covid and inflation have been tough on many businesses and their owners, but now we’re seeing real strength and resilience from many of these companies.” 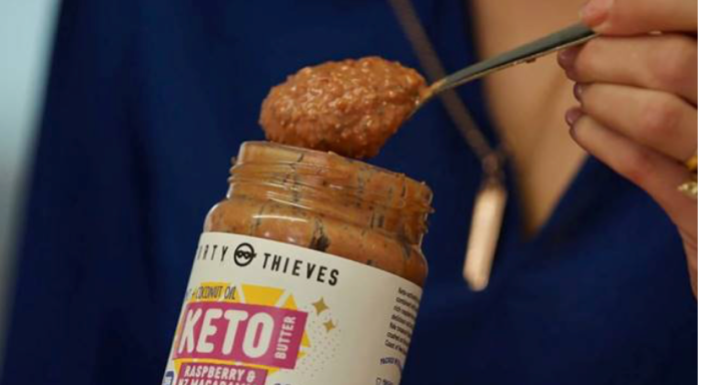 Described once as ‘pâté for children,’ peanut butter is experiencing a new global wave of popularity - and not just with kids.

Worldwide consumption is growing at more than 6 per cent a year with the total market for peanut butter expected to be worth more than US$5.3 billion by 2027.

With crunchy and unsweetened versions of the spread becoming increasingly popular, Silverdale-based small business Forty Thieves finds itself on the crest of this global peanut butter wave.

The award-winning company has export orders flowing in from Malaysia, Taiwan, Singapore and Fiji, with promising interest from the USA and China.

“Our orders are getting bigger and more frequent too, which is a great sign,” Forty Thieves co-owner Shyr Godfrey told me.

“We’re currently exporting tens of thousands of jars each year but it’s a massive market out there so it’s definitely the right direction for our business.”

The Asia-Pacific region currently eats more than a quarter of the world’s peanut butter and consumption should further increase in the coming years.

Distributors for Forty Thieves in Asia say consumers are willing to pay a premium for products from New Zealand because of its excellent reputation for food safety and quality.

“They tell us there’s been a big consumer shift towards better-for-you, unsweetened products, like ours, which are considered healthier and more nutritious,” Shyr says.

“That’s been our approach from the start, so it’s fantastic to see consumers pick up on it - not just here in New Zealand but all around the world.”

Forty Thieves was founded by Shyr and Brent Godfrey in their garage in 2016.

Both are keen runners and had always loved peanut butter, having used it as a source of energy for their exercise.

“That love of running, and the natural healthiness that peanut butter provides – the combination of the two just cemented well with me,” Brent says.

In the beginning, they thought there was already enough peanut butter on the market in New Zealand so they focused on other nut butters and tahini-based spreads.

“So after a while, we thought, we've got all the machinery, we've got the peanuts, so let's just produce a pure peanut butter.

Six years later, their passion for peanuts and the demand of their customers has seen the start-up grow into a vibrant and successful business.

Forty Thieves now employs 10 staff, selling more than a quarter of a million jars of nut butter each year in more than 400 stores across New Zealand and abroad.

That growth required a willingness to learn and adapt their business as it grew. Many of the country’s greatest business started out small – so it’s great to see a new wave of start-ups emerging.

Ready from the start

“Right from the start, we were keen to get all the help we could,” Shyr says.

“The small business workshops ANZ offered - especially around business and marketing plans - were excellent, and we got a lot out of them.

“It was also a huge help to have our card and account fees waived at the beginning - meaning we could keep our costs as low as possible while we focused on getting the business up and running.”

The support received by Forty Thieves was available to them under ANZ’s Business start-up package which has seen a strong recent lift in sign-ups, following two years of Covid-19 disruptions.

Data from ANZ show the number of start-up businesses registering with the bank is now higher than pre-Covid levels with almost 13,000 signing up in the year to July 2022.

A record 1511 new businesses registered in March this year.

When running a small business, 'readiness' can mean many different things: ready to act in the moment, to invest in your future, and to take on opportunities and challenges. To get started and find out more about ANZ’s Financial Ready Business Hub click here

Like many New Zealanders affected by recent cost of living increases and high inflation, Forty Thieves has seen its costs rise sharply.

“We've seen inflation creep up very quickly in the last few months and our suppliers are starting to put the prices up, which means our margins are being squeezed,” Brent says.

The company has gone from paying 30 cents for each glass jar it uses to 53 cents.

“It's quite a big jump but it's really hard to pass it on to the customer because they are also feeling the same pressure,” Brent says.

During the pandemic, Forty Thieves saw a rise in the number of people buying from them directly through their website.

“This made a lot of sense when Covid restrictions were in place and there were queues outside supermarkets,” Shyr says.

“But now, with the restrictions ended, our online sales volumes have remained strong - I think shoppers are seeking out the value that a bulk order gives them.”

Forty Thieves has also sought to lower production costs by investing in new systems and machinery.

“We're always looking ahead at how can we become more efficient, use more artificial intelligence, and rely more on machines to help us increase that output,” Brent says.

“We want to bring down the cost per unit so we’re able to survive, and thrive, into the future.”

Increasing revenue and margin is crucial to grow any business

Business growth: What to do when sales go south

When revenue takes a dive people look to the sales team for answers. Business owners should instead look more broadly.

The key ingredients for business growth