“I always hesitate when people say ‘the rate of change is higher than before’. I'm not so sure that's true. If you're a student of history and you stand back a little bit, [you begin to see] fast, rapid change - call it crisis - is the norm globally.” – Shayne Elliott, CEO, ANZ 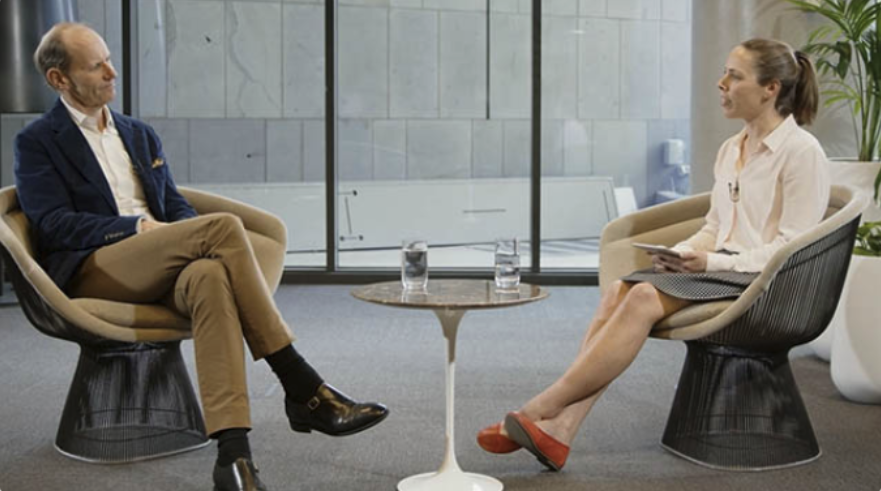 Crises are normal, according to ANZ Chief Executive Officer Shayne Elliott. He told me the best organisations – the ones that will emerge from these ordeals bigger and better – are built to see the impact of crises earlier than others and position themselves accordingly.

Throughout the pandemic, Elliott said we have seen how astute companies were willing to learn, adapt and succeed.

“[In crisis], consumers suddenly have these new needs,” he said in an interview for ANZ’s annual Finance & Treasury Forum. “And we learn, hey some of this is actually pretty good and we want more of those things.”

“Great organisations can see these shifts earlier than others and get in the right place to benefit from them”, Elliott said.

For Elliott, sometimes seeing what’s coming is the easy bit - it’s getting the organisation to move in the right direction that is hard.

“Can you get there fast enough, before somebody else does, to be a beneficiary of that foresight?” he said.

“What we've been trying to do at ANZ… is unlock that agility in the organisation… to be able to get in the right place for the future. I imagine that's true for lots of organisations.”

Elliott agreed the world is rapidly changing but said that was an almost constant state.

“I always hesitate when people say ‘the rate of change is higher than before’,” he said. “I'm not so sure that's true. If you're a student of history and you stand back a little bit, [you begin to see] fast, rapid change - call it crisis - is the norm globally.”

“Really great organisations, ultimately, are ones that are flexible, agile [and] nimble.”

One, they're curious about the future and have a growth mindset. Those two things need to be part of the “software of an organisation”.

Number two has to do with the way an organisation is structured; organisations that adapt swiftly are those built in a way that allows for change.

When businesses are as established at ANZ, they generally have been “built in a way that's very fixed,” he continued.

The question then, according to Elliott, is “how do you unlock the organisation to be able to change at pace? Those are the ways I think about successful organisations today.”

If the past few years have taught us anything it is that being financially ready for business disruption is a sure-fire way to be prepared for the unexpected and navigate changing business environments.

While every business is unique, many of the challenges of owning and running a business are universal – tackling cash flow, getting access to capital and staying on top of finances. Being prepared for the unexpected is key to identify, mitigate and avoid business risks. Being financially resilient in business is more important now than ever. When sudden unpredictable events bring financial pressure, it’s important to have systems and processes in place to respond.

While the pandemic was unprecedented, we learnt a lot from the businesses that navigated and adapted to new ways of working: making the most of government support, understanding risk, planning for the unexpected and leaning on your bank to help strengthen that financial resilience.

This is an edited version of a story that appeared on ANZ Institutional Insights page.

Increasing revenue and margin is crucial to grow any business

Business growth: What to do when sales go south

When revenue takes a dive people look to the sales team for answers. Business owners should instead look more broadly.

I am technical – Decoding unconscious bias

ANZ Product lead explores how language can be used to break incorrect assumptions of people’s technical abilities because of race, gender, age or ability and address unconscious bias.