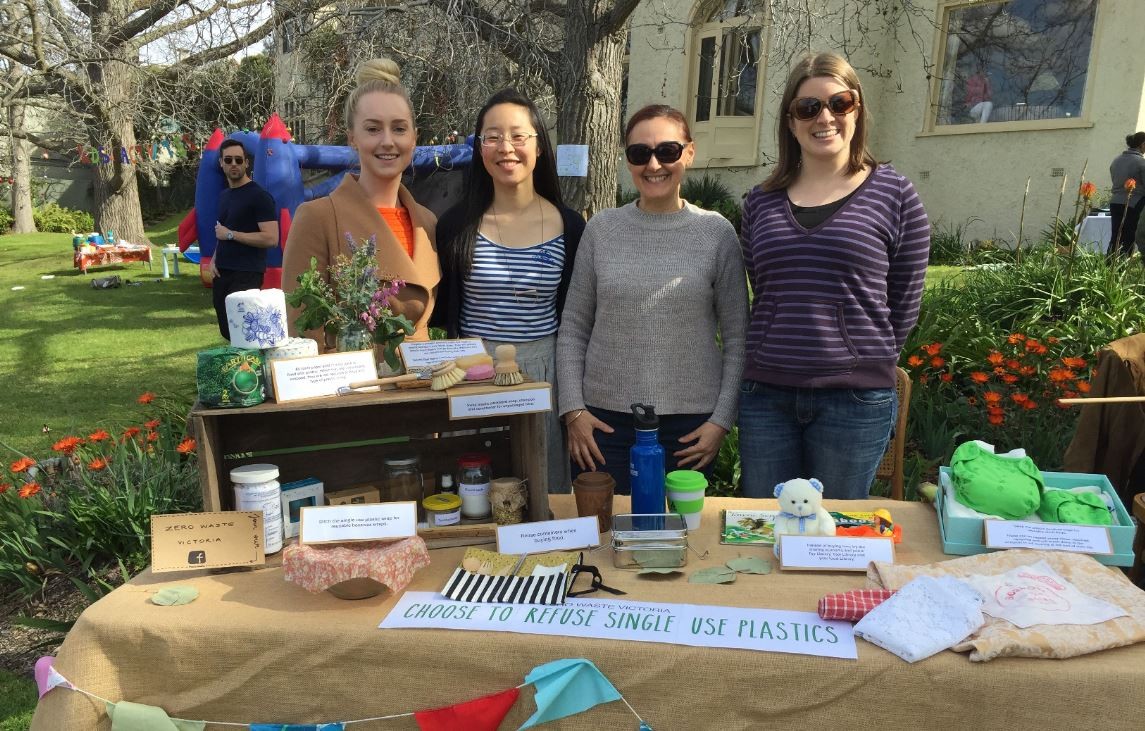 When most people think of reducing their personal waste, they might think about getting better at separating their rubbish into the council-provided recycling bins or starting a compost bin.

But what does waste really mean? According to Zero Waste Victoria, it’s more than what goes into the rubbish bin. Waste is produced any time a resource isn’t used fully or in a sustainable way.

Sadly, waste is everywhere in society - almost everything we buy has a waste component to it. And the more waste produced, the more of the earth’s resources are depleted and the environment polluted.

Practicing a literal “zero waste” life is simply not possible - all of us leave behind some kind of mark. But Zero Waste Victoria aims to educate society about waste reduction with just a few simple steps.

“I've always been conscious about my waste and tried to be eco-friendly by avoiding unnecessary printing at work and using a reusable water bottle,” she says. “The rubbish and plastic crisis really concerned me so when I found the Zero Waste Victoria group, I decided to start volunteering.

“I became heavily involved in the group and when we eventually decided to become a not-for-profit organisation, I became the treasurer.”

What started off as a Facebook group for like-minded individuals is now a large community with over 7,500 followers. Zero Waste Victoria also held a highly successful zero waste festival in Brunswick last year.

Sylvia uses flexible working arrangements with the bank to help her follow her passion for education on waste reduction. She says many of the organisation’s volunteers are also helping out in their spare time.

“Most of our events are over the weekend and any meetings we have are after hours so I work part-time so it can fit in with my work,” she explains. “Some of the other volunteers have their own business, others are teachers. There are many people from different walks of life but we all have a shared goal.”

With a focus on education and advocacy for waste reduction, Zero Waste Victoria also provides feedback to local and federal governments to help improve waste policy.

Personally, Sylvia set up a soft plastics collection bin in her kitchen at work and encourages her colleagues to separate their waste properly. She also suggests investing in reusable coffee cups and food containers for your morning coffee or lunch.

Plastic Free July is a campaign led by the Plastic Free Foundation. Each year, millions of people around the globe take the challenge and choose to refuse single-use plastics.

Each year, ANZ sets public targets which reflect our Sustainability Framework priorities and respond to our most material environmental, social and governance issues.