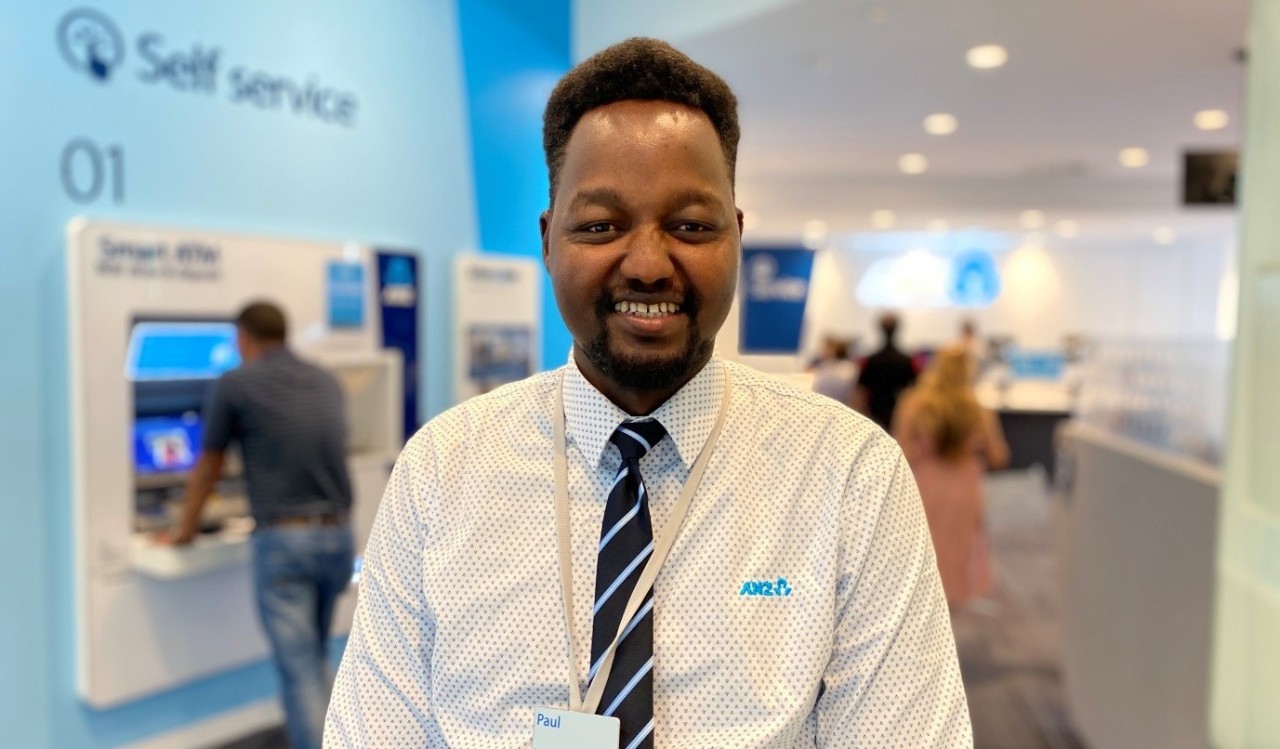 “Nobody in my family would think to work there because people don’t put money in the bank in the village where I lived.”

Paul’s local bank branch in Rumbek, South Sudan was destroyed in the Second Sudanese Civil War – a conflict that lasted 22 years and displaced four million people from their homes. As a child, Paul often walked passed the old bank site and wondered about its history.

The road from his home in South Sudan to Australia was a long one but for Paul it was always about education. Many children in South Sudan struggled to access education in the 90s and many families were reluctant to send their children for fear they’d never return.

Paul believes he was lucky as the youngest of four children his parents trusted him to attend school at aged 5.

“I remember my first day of school in Sudan. I dropped tears after seeing the large crowd of students sitting under the tree. There were only two classes, one under the tree and the other in the local church room,” he says. 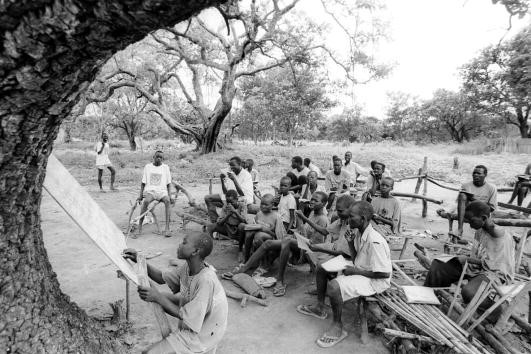 A school in Rumbek, southern Sudan in 2001. Paul remembers learning under a tree just like this one. Source: Getty Images.

He quickly grew to love school and developed a passion for learning.

Paul’s father was a local tribesman in the village who never went to school. Gaining an education was new for the family and important to Paul.

When he realised he’d out grown what was offered at his school and there wasn’t a secondary school nearby, Paul knew he’d need to leave if he wanted to take his education further.

“Me and my friends decided we needed a better school,” Paul remembers. “We didn’t have money to support our education so we chose to go to a refugee camp.”

Life in the Kakuma Refugee Camp was tough. Paul describes it as a “mixture of pleasure and sadness”. He was delighted with the schooling but poor sanitation and even poorer food distribution made it very hard for Paul and his friends.

“When it rained, food distribution centres remain closed. Sometimes it would rain for several days straight, causing many people to miss out on food for days at a time,” he says.

Of the 19.9 million refugees under care of the UNHCR (the UN Refugee Agency) in 2018, 7.4 million were of school age and access to education was limited with around 4 million of these children unable to attend school. Paul was in the minority and he was able to continue his education at the refugee camp thanks to the UNHCR. 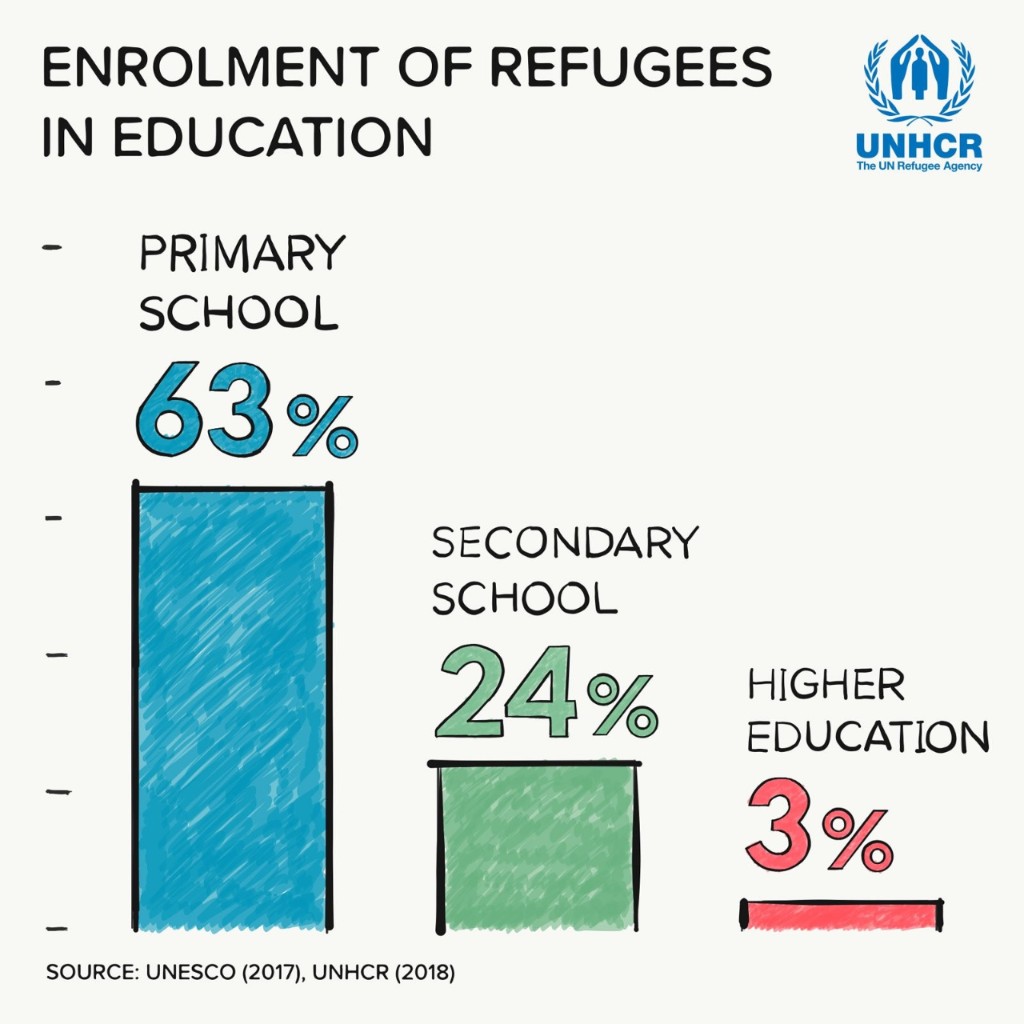 After four years in the refugee camp, Paul was granted a Humanitarian Visa and, equipped with his primary school certificate, set off for Australia. With his family still in South Sudan, Paul made the trip alone. He arrived and met up with his aunt, who had left Sudan before Paul was born.

Paul supported himself through high school, working part time jobs while studying. He furthered his education and studied Business at University. It was during his university studies that Paul learned about the Given the Chance program.

Over the past 12 years, ANZ has worked with the Brotherhood of St Laurence to recruit employees through the Given the Chance program - designed to assist marginalised job seekers into work and foster social benefit and inclusion in workplace communities.

Completing six months of training in the program, Paul was offered a role at ANZ. After taking some time to finish his undergraduate degree, he accepted. Eight years later, Paul is still with ANZ and he has a new degree, a Masters of Applied Project Management. 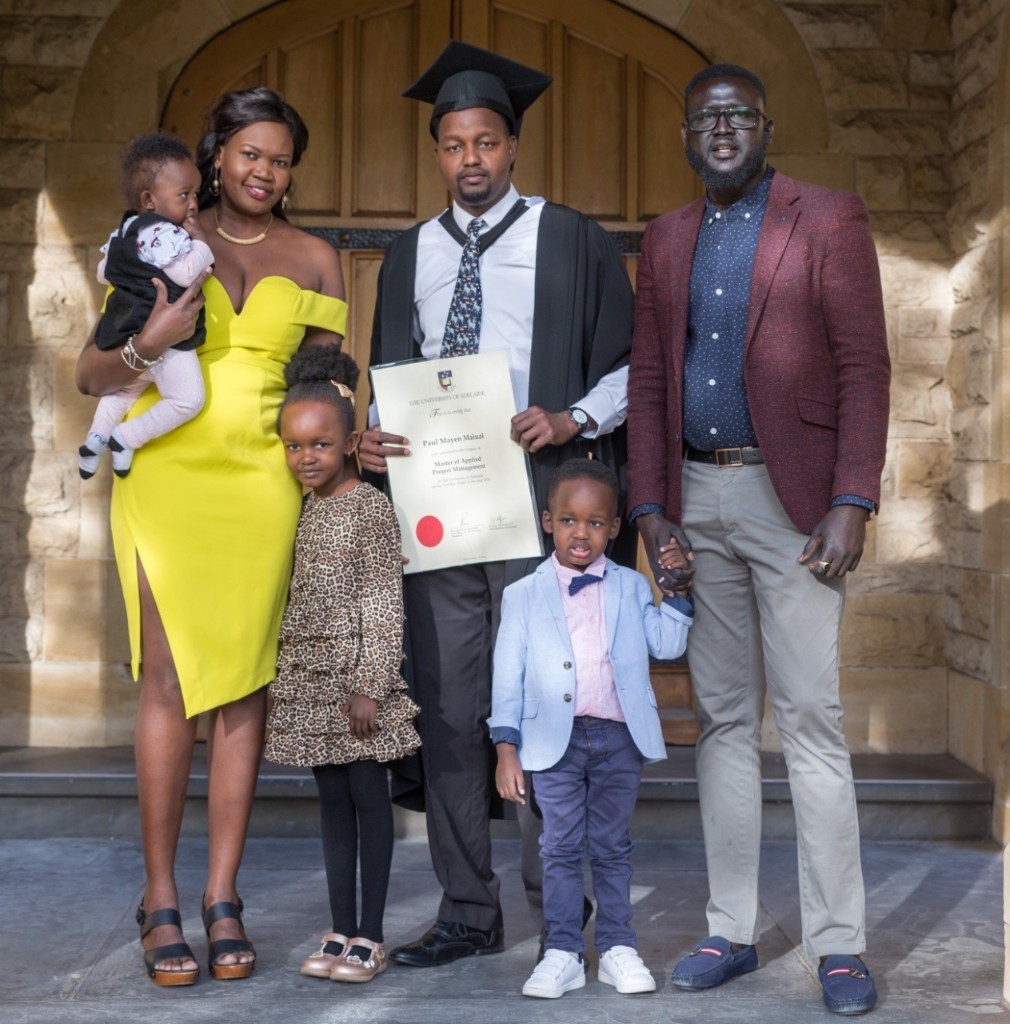 “You need to take pride in what you do,” Paul says. “It’s not about ANZ. It’s not about other people. It’s about you as a person. Because whatever I do I try to do it in the best possible way I can.”

Paul’s found himself a new home and a new family in Australia. His children are proud of where he works. Whenever they see an ANZ logo they say “That’s where Baba works!”

“I want my kids to grow up in an Australian way of life and have a mixed cultural background,” Paul says.

“Australia’s probably one of the best places to live. You know, others may disagree, but in terms of someone who has been in a war torn country… if I was in Sudan now, I wouldn’t be the same. I wouldn’t have finished my university degree. I wouldn’t be where I am, wouldn’t have my family or seen the world. There’s a lot of opportunity here.”

For the past 12 years, The Brotherhood of St Laurence and ANZ have supported more than 200 people from refugee and asylum seeker backgrounds into paid work at ANZ - one participant shares her experience.

Finance, wellbeing and helping everyone do and be

Banks can help play an important role in helping people in poverty and disadvantaged communities live to their full potential.