“Some customers comment that it’s unusual to see your bank manager on farm business in the a.m. and on a fire truck in the p.m.” – William Denholm 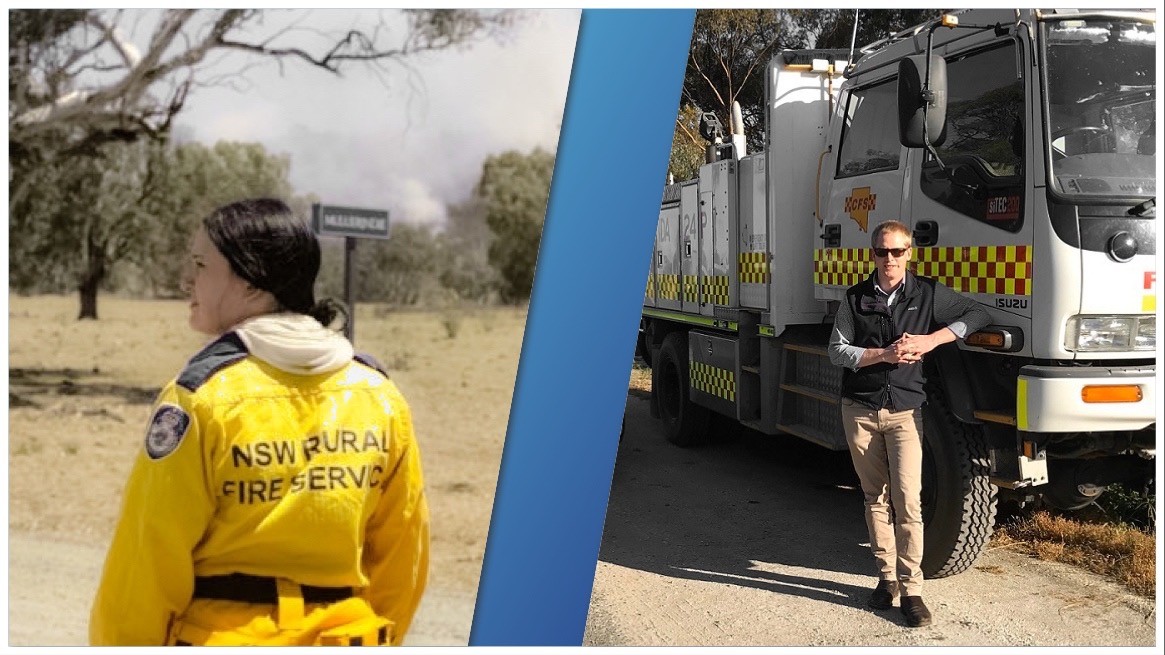 The bushfire emergency continues to unfold across Australia, having a devastating impact on the wellbeing and livelihoods of families, communities and ANZ customers.

Despite the catastrophic effect of this natural disaster - expected to endure for some time yet – the generosity of the human spirit continues to shine through as people from across the nation and abroad band together to support those in need.

For 19 year-old ANZ Trainee Bronte Madden, the firefighting brigade was always a seminal part of growing up in the regional city of Tamworth, New South Wales.

“My dad’s been involved [in firefighting] for well over 11 years,” explains Bronte. “I grew up with him being part of the brigade and I loved it. I took a real interest in it when I was younger and so just kind of stuck with it over the years.”

That interest meant by age 12 Bronte had jumped at the opportunity to join the NSW Rural Fire Service (RFS) as a cadet –a structured program where members of the brigade supervise, mentor and develop junior members.

As soon as Bronte turned 16 she completed her Basic Firefighting (BF) course and was able to officially join the brigade as a volunteer at her local RFS.

Bronte began her traineeship at the ANZ branch in Tamworth about four months ago and says she enjoys her new role immensely.

“Everyone here is so open to helping me all the time. I have a lot of respect for all of them,” she says referring to her colleagues in the branch.

But Jason Johnson, Bronte’s manager, says it is Bronte who is the real hero. He remembers even with the ongoing drought and early bushfire season, “Bronte came into work after being up until 3am as she was helping to fight a bushfire burning near Glen Innes (in Northern NSW)”.

“She came in without bravado and although tired, just signed on and started helping our customers,” he says.

When asked how she manages her new career at ANZ with her responsibilities as a volunteer firefighter, Bronte admits “it can get a bit tricky. It’s really about time management I guess”.

“It does get tiring and sometimes I have to take a step back and think about my mental health,” she says. “You can also never guess when you’re going to get a call out for a bushfire or a motor vehicle accident. It could be anything. It could be a false alarm – there are all these different things.”

When asked to describe her relationship with her dad, the admiration and awe rings clear in her voice. “He is amazing. I really look up to him,” she says. “He is a hero to me. The types of things he’s gone through as a volunteer firefighter is just incredible.”

Bronte remembers her dad being away often throughout her youth as he spent a lot of his time volunteering for the RFS as part of their State Mitigation crew. Those crews perform a number of roles such as helping to prepare areas for hazard reduction.

Bronte says being involved in the RFS with her Dad has helped strengthen the father/daughter bond. “I really looked forward to spending time with him. It was really only the proper bonding time that we got together,” she recalls.

When asked about her volunteering efforts in the recent bushfires, Bronte responds “After spending several hours at the Moonbi fire, with the change in weather conditions and uncertain wind changes the fire did pick up again; however it was further up heading towards Nundle way (Hanging Rock). I have recently spent time in Dungowan Range, Goat Mountain (Piallamore) as well as Nundle”.

“Thankfully our Firefighters here in Tamworth/Moonbi-Kootingal area have stayed safe and the fire activity is not as catastrophic as other areas of Australia. Our condolences and prayers go out to all of the firefighters and their families as well as the communities who have lost homes, animals and loved ones at this heartbreaking time.” 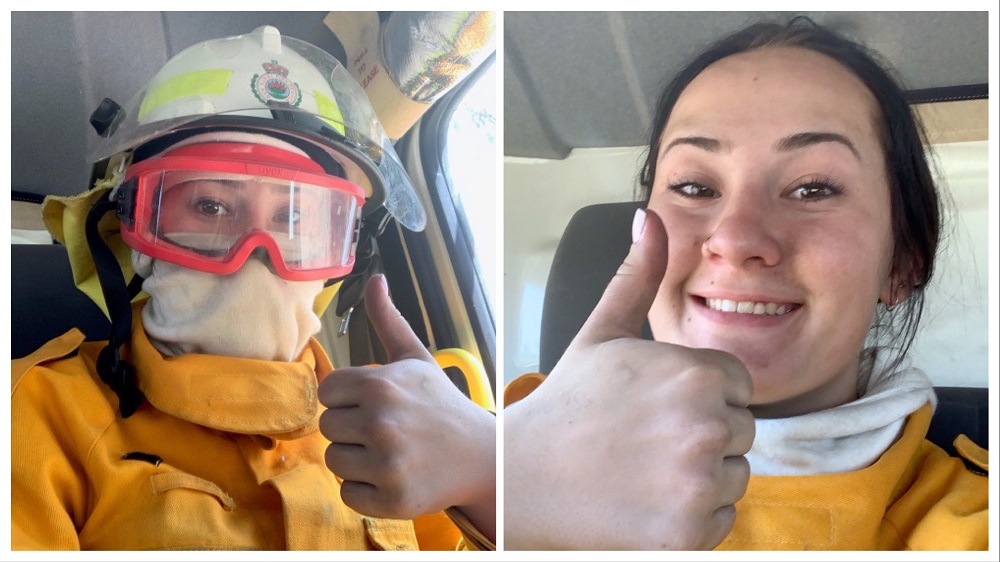 Volunteering at the recent fires at Moonbi 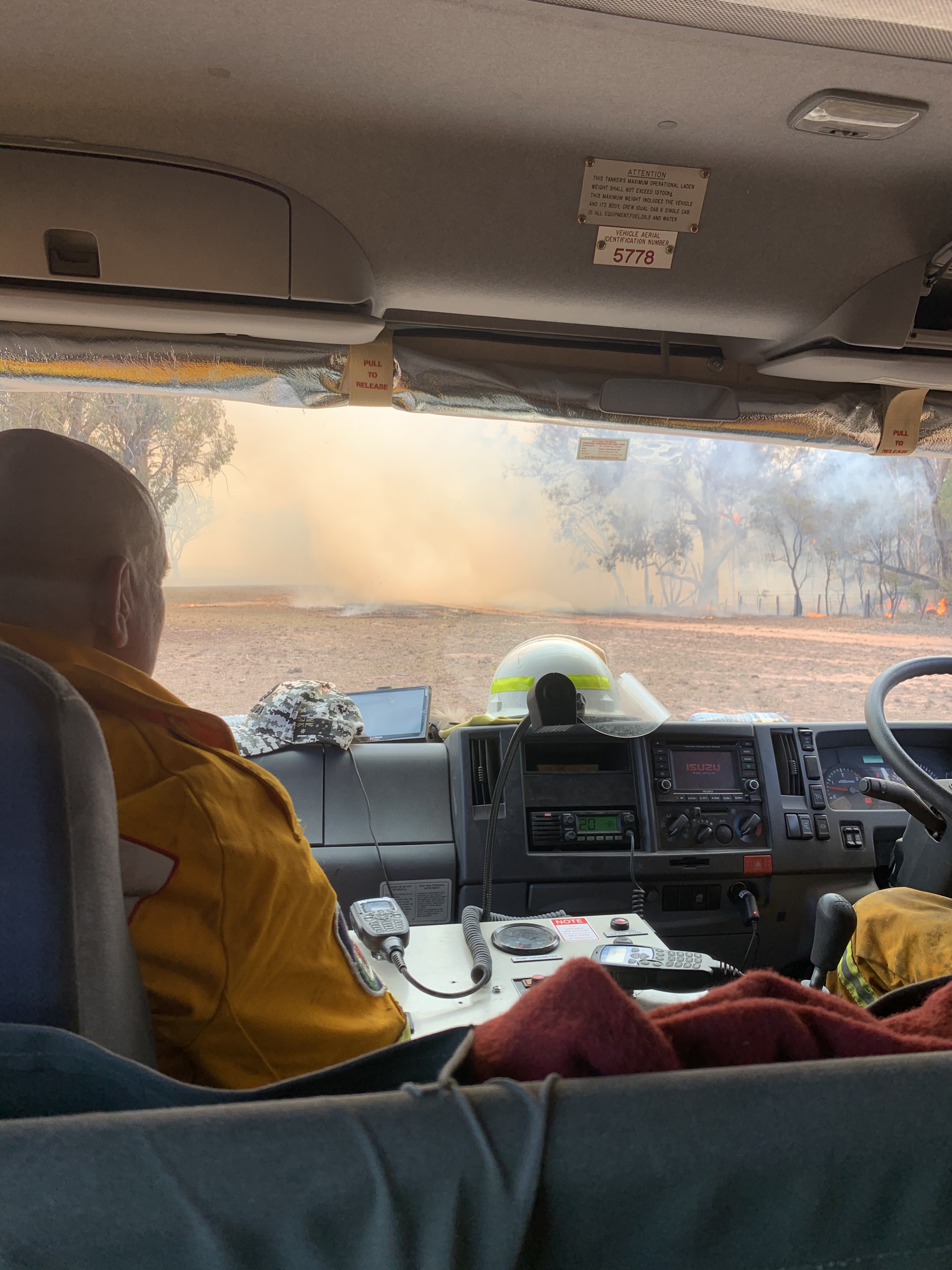 Bronte at work at the ANZ branch in Tamworth 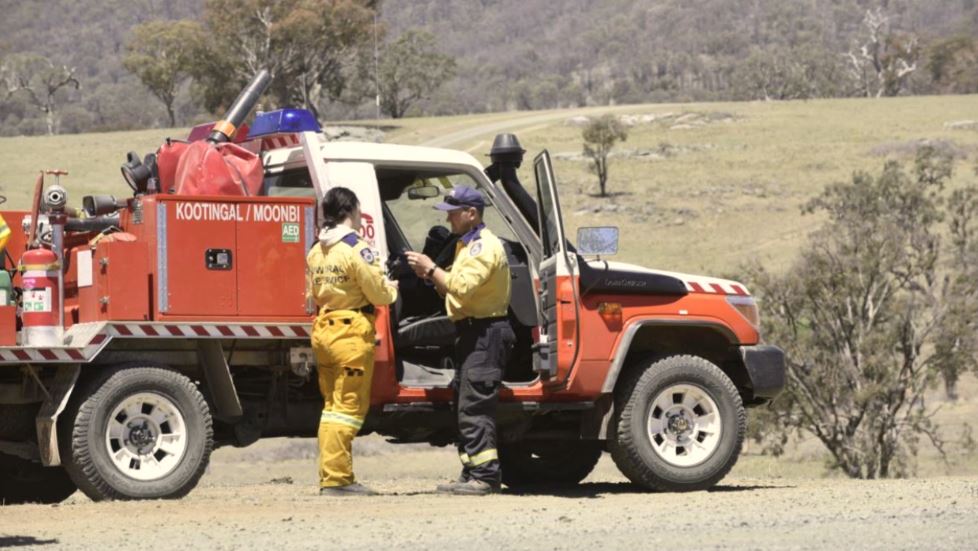 Bronte & Dad: mapping out the fire and grabbing some welfare packs for the other crews before heading back up the mountain at the Moonbi fire 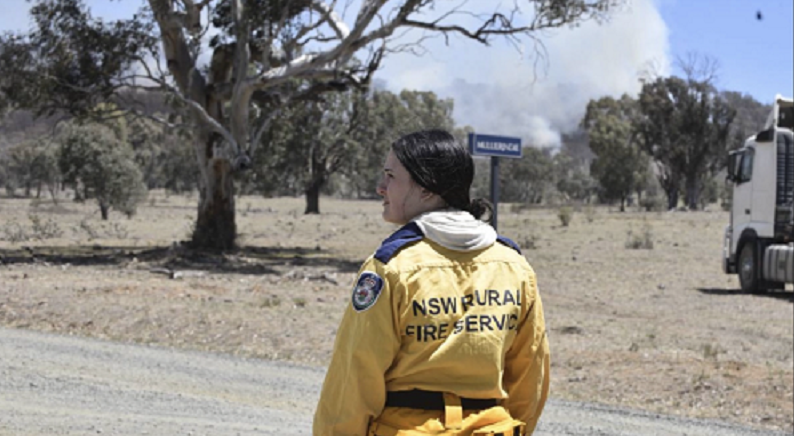 Just a regular part of life

For ANZ Agribusiness Manager William Denholm, working as a volunteer firefighter at his local Kapunda Country Fire Service (CFS) in tandem with his role at ANZ is just a regular part of life.

“I am from a town called Kapunda, north of Adelaide (near the Barossa Valley). Growing up I developed a passion for agriculture, which lead me to study a Bachelor of Agriculture at the University of Adelaide,” says Will.

It was through his studies he discovered the ANZ Agribusiness Graduate Program and was accepted to participate in 2012.

“I joined the Kapunda CFS when I was 16 (13 years ago) and have held a number of roles within the brigade and am now the second in charge,” he says.

The devastation of bushfires

Bushfires in Australia are commonplace in the summer months – impacting extensive areas, causing property damage, significant impacts to Australian wildlife and sometimes loss of human life. This summer in particular, blistering temperatures have had the CFS and services in several states bracing for catastrophic fire conditions with the landscape continuing to dry out and the growth from the winter and spring rains creating an abundance of fuel for fires to burn.

Will talks frankly about how bushfires form part of life in South Australia.

“Our region was shaken four years ago by the Pinery bushfire which caused significant damage to many of our customers’ crops, machinery and houses. Devastatingly one ANZ customer even lost their life that day,” he recalls sadly.

Watching the devastation to lives, homes and wildlife unfold over the past several weeks has been heartbreaking for all and Will and his fellow volunteers have selflessly and courageously put themselves in harm’s way to protect their communities.

In recent weeks, he has volunteered in the Adelaide Hills and Kangaroo Island fires in SA and at a few smaller ones in the Kapunda region.

When asked how he manages the demanding role of an Agribusiness Manager with his responsibilities as a volunteer firefighter, he says “the CFS as a volunteer organisation allows flexibility with when crew are unavailable to attend ‘call outs’ or respond to emergencies”.

“Given my customer base is largely supported by the local CFS - my ANZ and CFS roles have many common connections. Therefore I’m able to manage these commitments as they arise with a level of flexibility on both ANZ and CFS parts,” he says.

“Although, some customers comment that it’s unusual to see your bank manager on farm business in the a.m. and on a fire truck in the p.m.!” Boarding the plane to Kangaroo Island 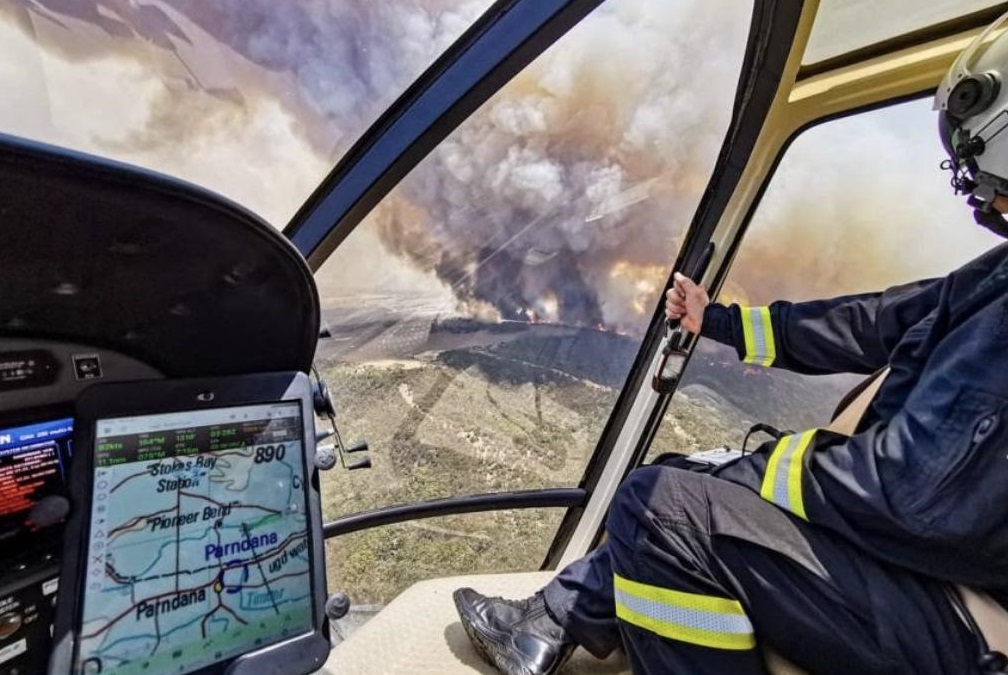 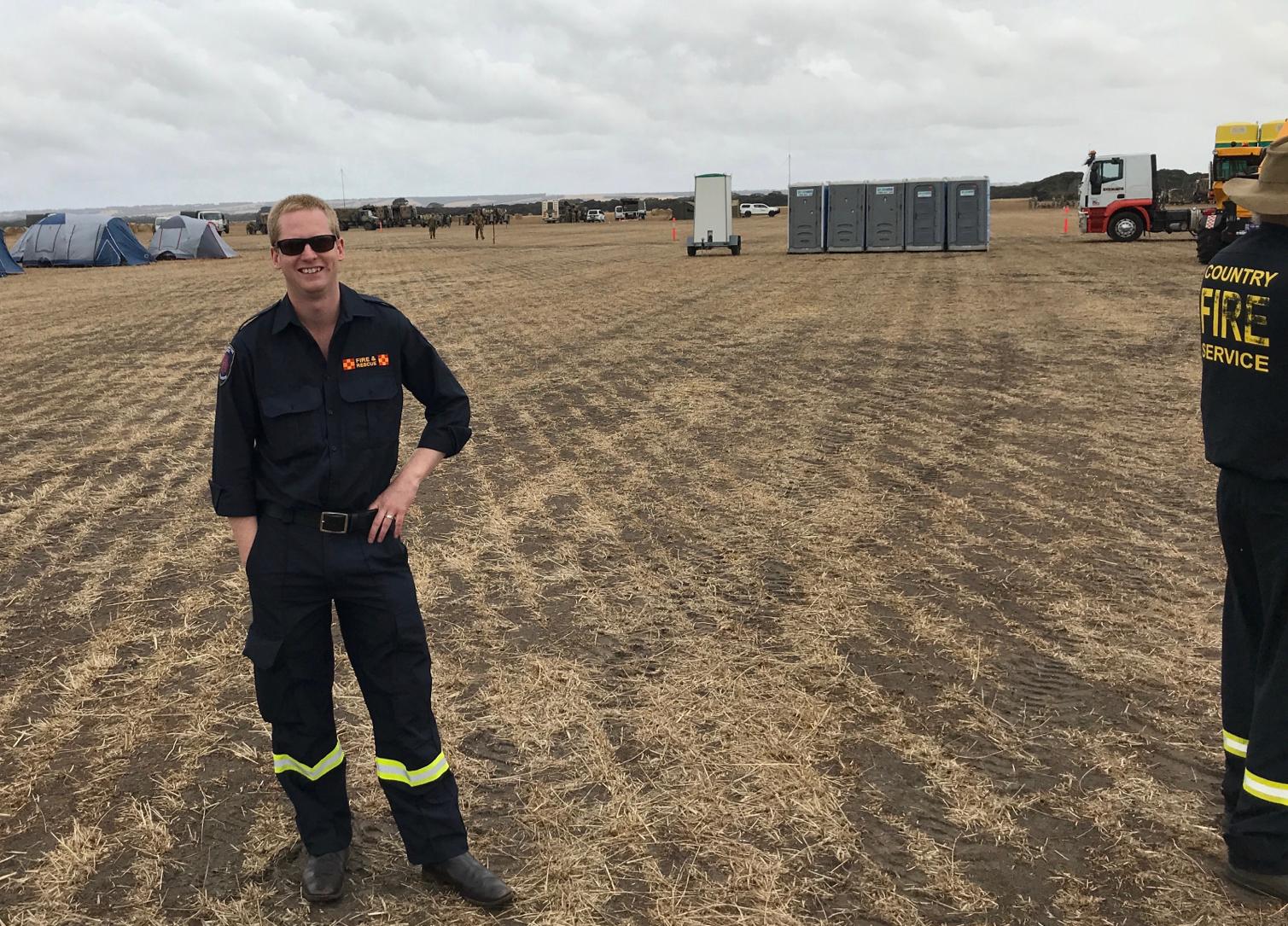 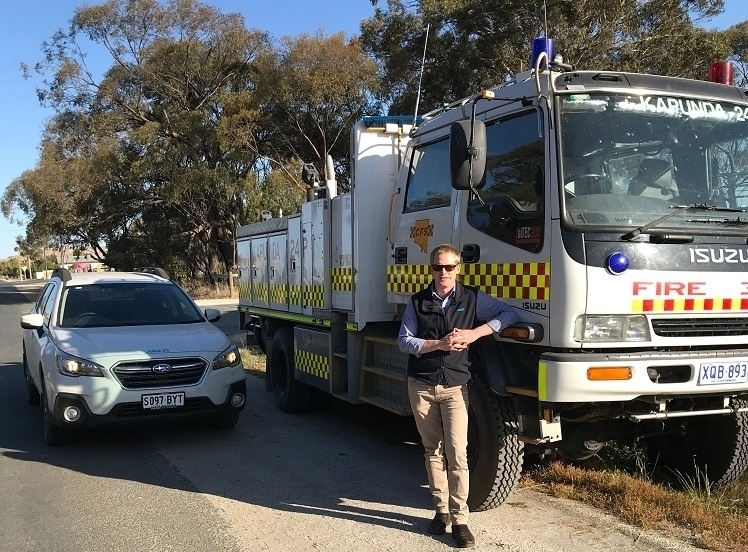 From ANZ to CFS: switching roles 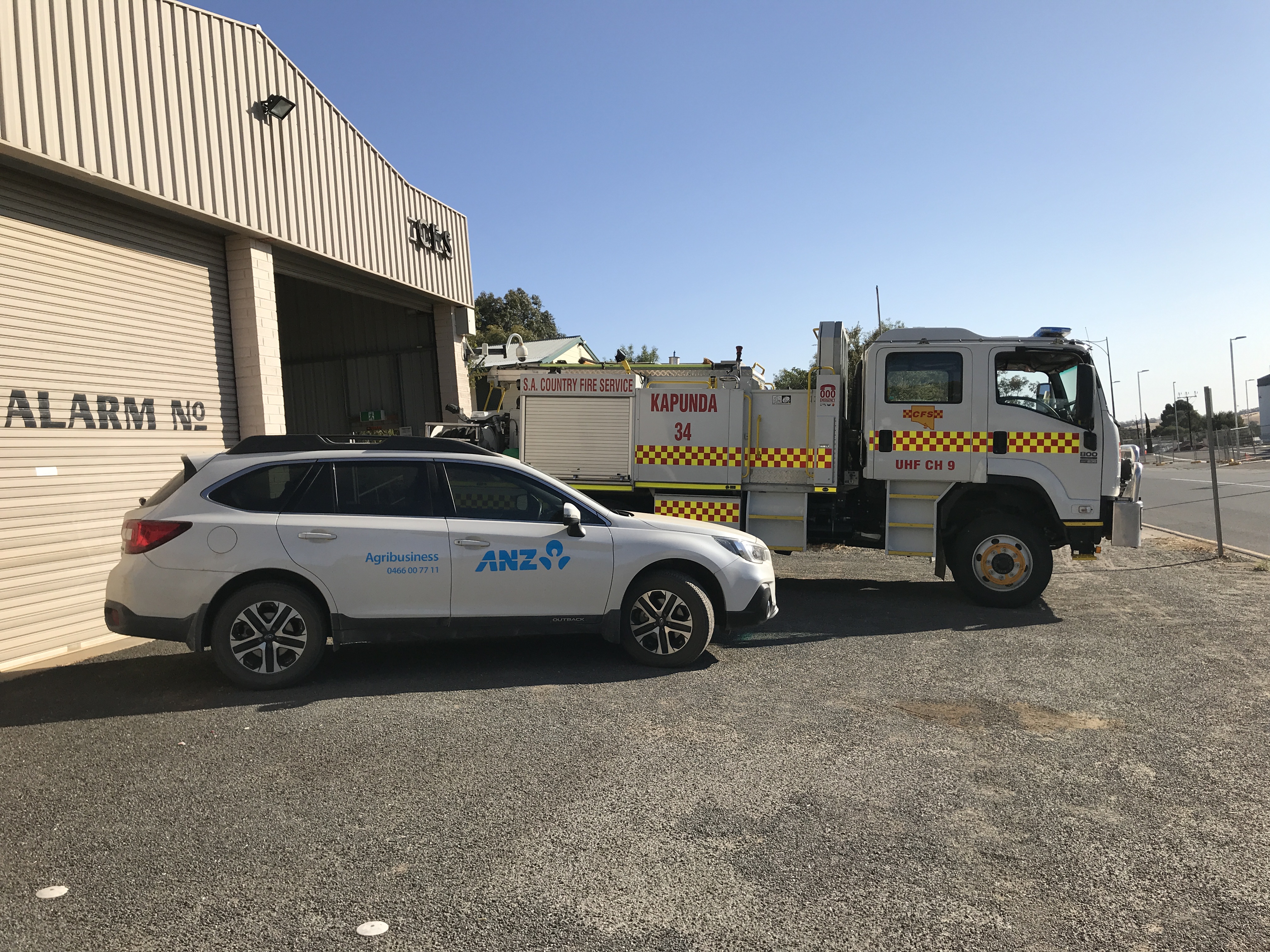 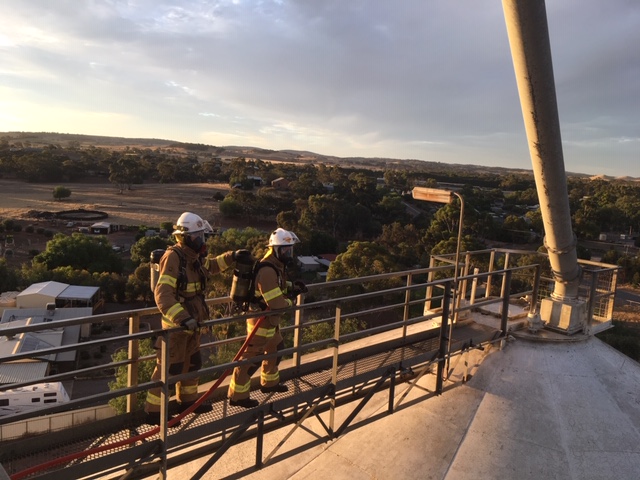 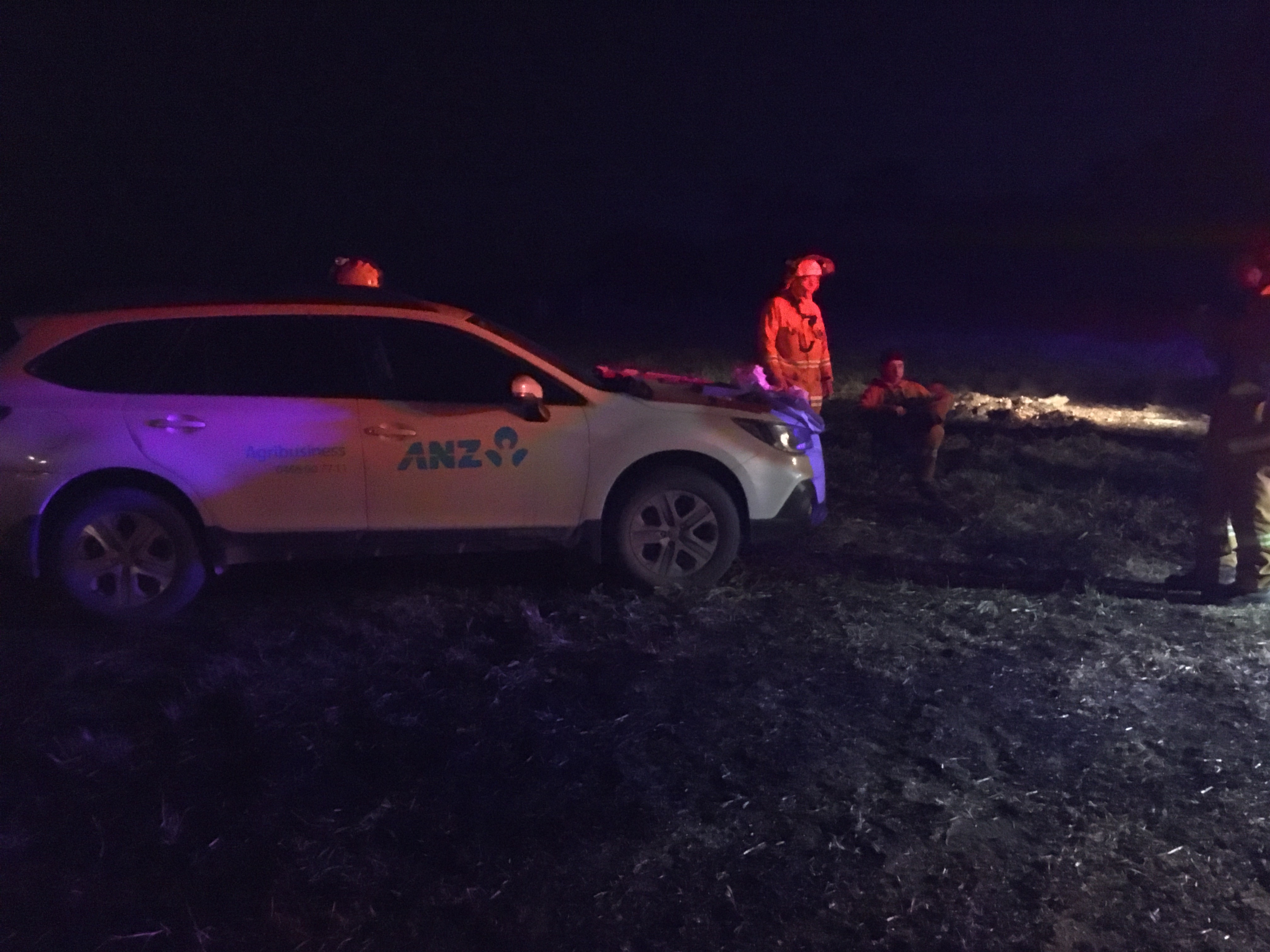 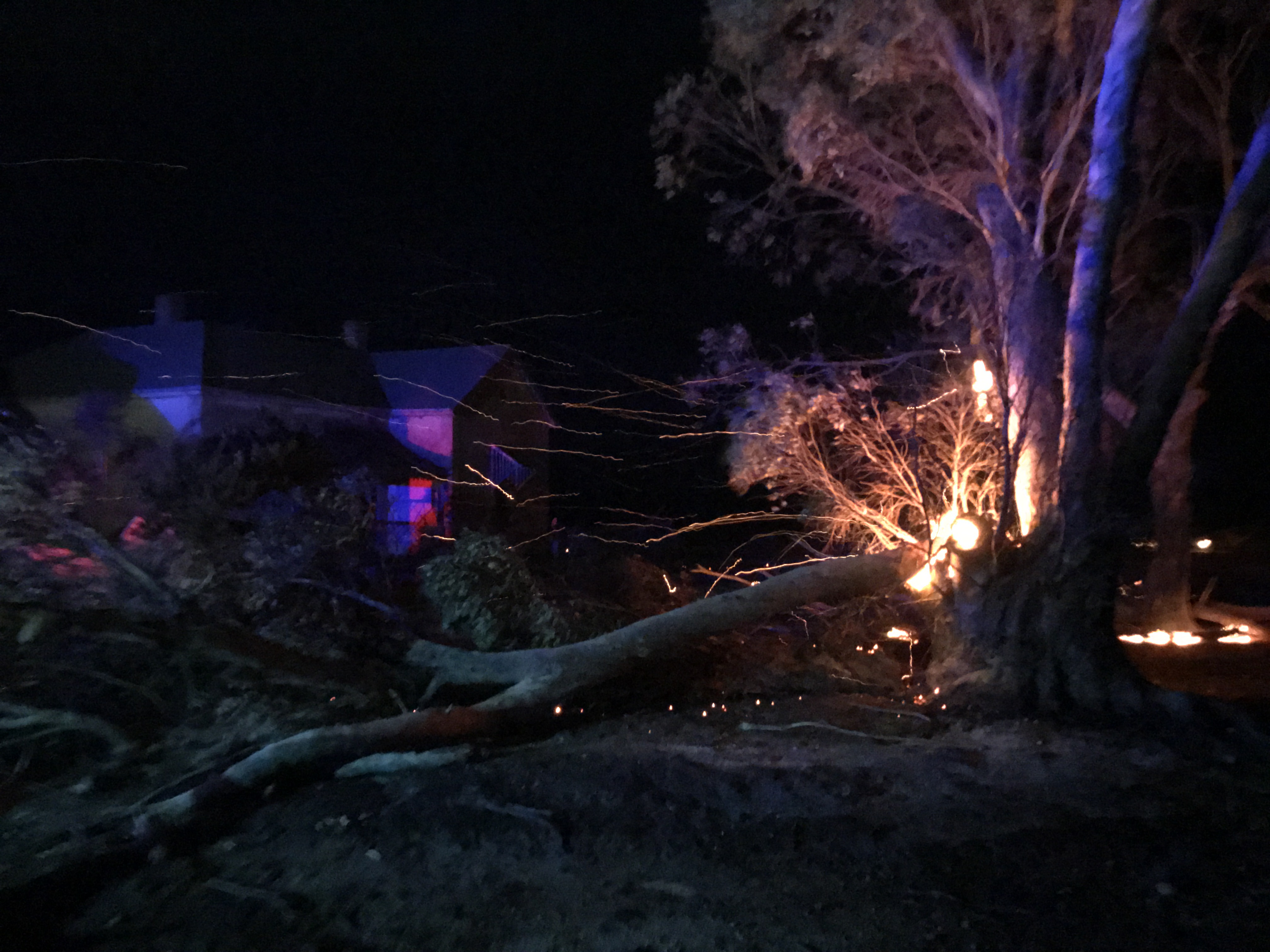 A house under threat at a recent fire in 2019 ANZ Chief Financial Officer Michelle Jablko and ANZ Group Executive, Australia Retail and Commercial Mark Hand say ANZ is strongly committed to doing everything it can to provide support to those affected by the bushfire emergency unfolding across Australia.

“There have been some heart-warming stories of resilience and compassion including retail and commercial colleagues working together to support one another and our customers, and taking part in much-needed volunteering,” they say in a message to staff.

“We’ve also been overwhelmed by the generosity of our employees who have donated more than $170,000 to volunteer fire fighting services and our Workplace Giving community partners so far, to be matched by the bank.”

ANZ is offering a specific type of leave called ‘community service leave and special paid leave’ for staff who have been impacted or who are volunteering with the relief effort, including those who can’t make it to work due to the fires.

In addition, free access to professional counselling for all staff and their immediate family members is provided and a number of webinars designed to help staff manage themselves and others through a natural disaster have been made available.

The size, intensity and duration of the Australian bushfires mean they will almost certainly have a larger economic impact than past fires.

The 2011 earthquake and tsunami in Japan left the coastal town of Minamisanriku in ruins. However, with help, they are rebuilding.