Benson Saulo: making the impossible possible for the next generation

“Unique perspectives actually add to the whole, everyone has a legitimate right to have a seat at the table.” Benson Saulo. 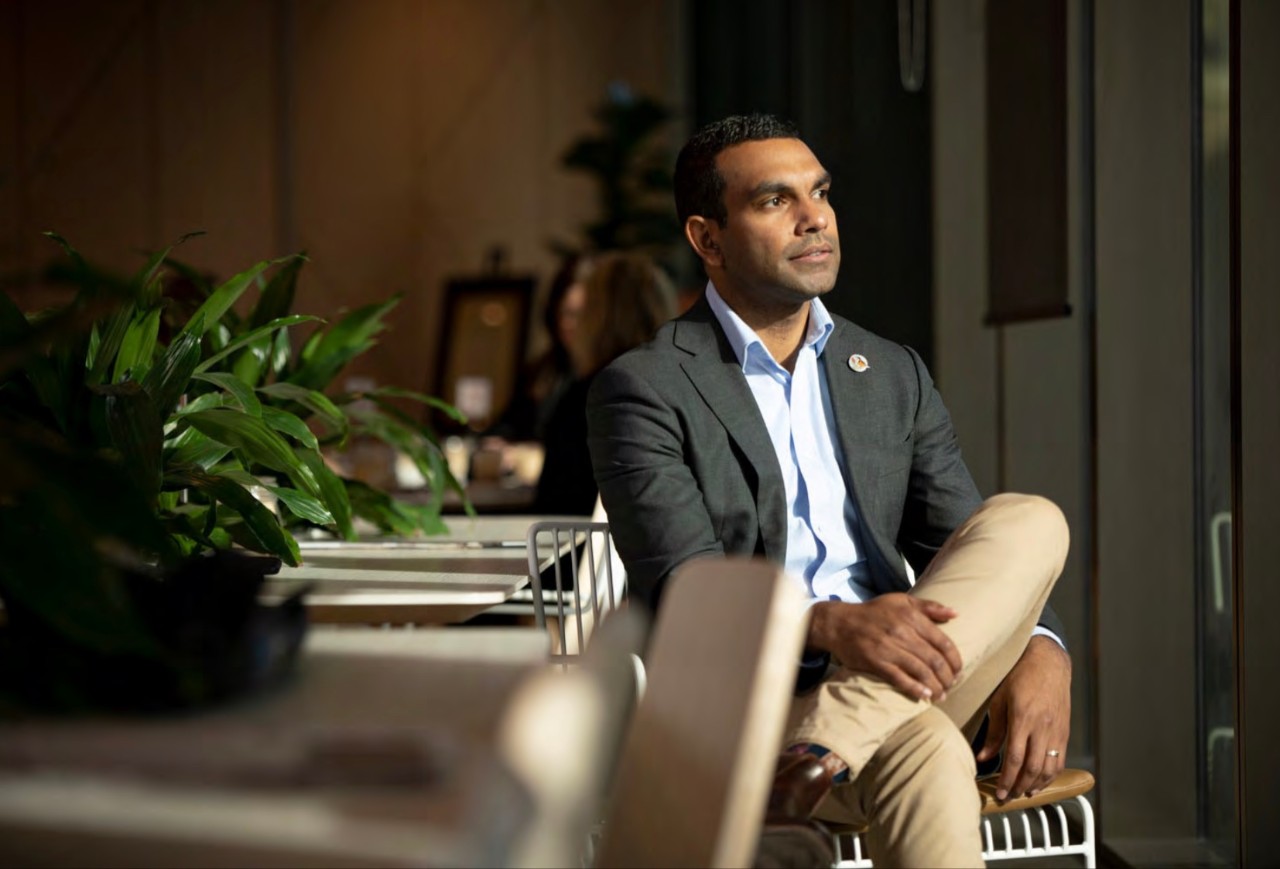 Benson Saulo has been named Australia’s consul-general to the US, making history as the first Aboriginal and Torres Strait Islander to take up the post.

Any business professional worth their salt has a basic understanding of the numbers.

But here are some you won’t hear every day:

At 15 years old, Benson Saulo took a school-based traineeship with ANZ, just the third person to join the program.

At 20, Benson and one other banker managed a portfolio of 98 businesses through the Global Financial Crisis.

At 21, he was selected from 300 applicants as the Australian Youth Representative to the United Nations (UN). Here he represented the voices of over 27,000 young Australians at the UN General Assembly, leading negotiations on behalf of Australia for the UN’s Convention on the Rights of the Child.

At 23, he co-founded the National Indigenous Youth Leadership Academy (NIYLA), an organisation focused on bringing together and empowering young Indigenous people to make positive change both in their communities and nationally.

Now, less than a decade later - at 32 - he’s been named Australia’s consul-general to the US, making history as the first Aboriginal and Torres Strait Islander to take up the post. In addition, Benson has come full circle with ANZ - having been appointed as ANZ’s External Indigenous Advisor to help deliver the company's next Reconciliation Action Plan, launching in early 2021.

Ask anyone who knew Benson at ANZ, or indeed anyone who’s encountered him for more than a few minutes anywhere at all, and they’ll tell you the same: “he’s a very impressive young man – he’s going places.” 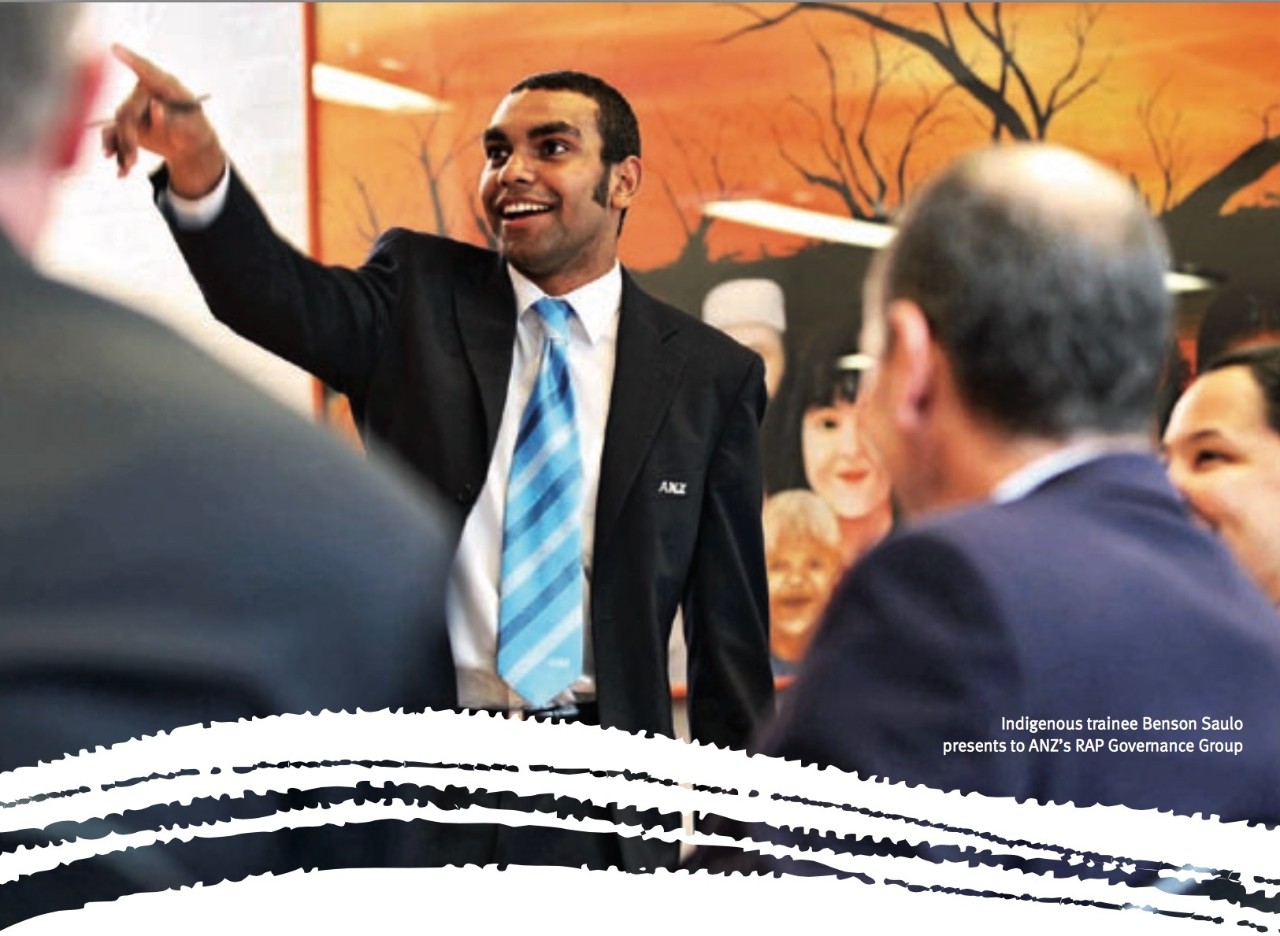 Benson during his ANZ days.

Growing up in Tamworth, New South Wales, Benson says making it to where he is today didn’t even factor in his mind as a possibility.

“When I started at ANZ at 15, there weren’t many Aboriginal faces on the main strip in town and there were a few people who refused to be served by me,” he remembers.

Despite his early successes when he moved into the business banking team at ANZ, Benson says he sometimes felt out of place and struggled with imposter syndrome.

“Often in rooms full of people I wasn’t just the only Aboriginal person at the table but I was often the youngest too and I couldn’t shake the thoughts of ‘who am I to be here? I dropped out of university at 18, I shouldn’t be here,” he says.

Taking a lesson from the age-old adage ‘dress for the job you want, not the job you have’, Benson says he often used polished, three-piece suits to wrangle his imposter syndrome.

“My grandfather always dressed really well and this felt to me like a sort of suit of armour, I could walk into the room and feel okay,” he said.

In what’s, unfortunately, an all-too-familiar story, Benson says his corporate life hasn’t been without barriers and experiences of discrimination.  Yet he firmly believes in the power of strong leadership to foster inclusion and improve workplace culture.

“It’s up to all people, not just the leaders to create an inclusive and welcoming environment. The best workplaces are the ones that enable people to bring their whole selves to work each day.” Speaking of his appointment, Benson says "I don’t exist in two worlds, I don’t leave my culture at home when I put on my suit and become Benson the consul-general – it’s a part of me."

When asked what piece of advice has stuck with him the most, Benson recalls a conversation with his most-valued mentor – his father.

He adds, “I don’t exist in two worlds, I don’t leave my culture at home when I put on my suit and become Benson the consul-general – it’s a part of me. Unique perspectives actually add to the whole, everyone has a legitimate right to have a seat at the table.”

Speaking on what his appointment as a consul-general means for his community and future generations of young Aboriginal people, Benson says he hopes it will set a precedent.

“It’s the notion of ‘you can’t be what you can’t see’. Having this opportunity makes the impossible more possible for those sitting in classrooms across the country thinking about their futures.”

Benson is set to leave for the United States in late-December before taking up his post in Houston, Texas in early January.

As for the future, Benson says his immediate attention is focused on the move, but that the next three years will be focused on improving Australia’s diplomatic relationships with one of our biggest trade partners.

However, Benson says a foray into politics isn’t completely out of the question, a fact that was met with an embarrassing amount of enthusiasm from this interviewer, who may have prematurely offered an endorsement of Benson for Prime Minister, to which he responded: “unfortunately it’s not that simple, but we’ll see what happens.”

Indigenous business grows even as crisis throws up new challenges

With increased business, comes more opportunity to invest back into the community.

With the support of a $15,000 ANZ Seeds of Renewal grant, an indigenous theatre company was able to take its show to schools across 10 remote locations in North Queensland, allowing students to see their cultures and stories represented on stage.