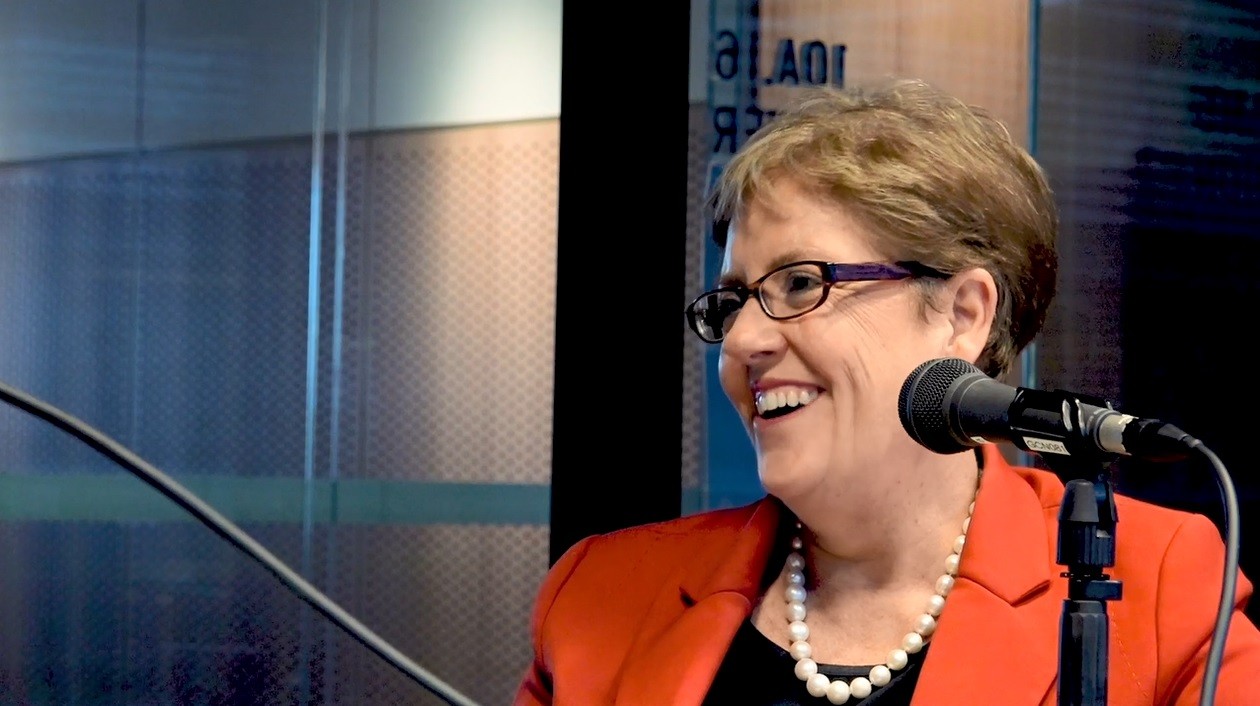 Huge career decisions don’t pop up every year but ANZ’s Deputy Chief Executive and Head of Wealth Alexis George has just made one: she will leave the bank to become Chief Executive of storied but embattled financial services icon AMP.

For her colleagues at ANZ, where Alexis has been both very popular and deeply involved in critical strategic and reputational issues, her departure is keenly felt – along with a recognition AMP’s choice reflects positively on her current organisation.

“What we've done at ANZ in terms of purpose and values and culture, I feel I've learnt from that and been a part of that, and I'm proud of that. I'd love to be able to take some of that experience to AMP.”  - Alexis George

For Alexis herself, the decision captures the experience of many people considering their career.

“You get to a point where you do start to think about what’s next quite a bit,” she said in our podcast interview. “At ANZ we go through quite a few assessments. And I remember sitting in one of those assessments with an external party. I can't remember what questions they were asking me, but I realised during that, actually I have no desire to retire. And so I realised then that I wanted to work for a very long time.

“I had a great time at ANZ but I really love running a business. I got to do that when I first came here and I wanted to run a business again. And I suppose my history has been in the wealth space, whether that's funds or insurance or advice or retirement, it's probably where my heart really lies despite the last few years.”

Since joining ANZ in 2013, Alexis has served with distinction in various roles, including Group Executive Wealth and Deputy CEO, and played an important leadership role in the continued simplification of ANZ. She was also a strong and visible leader in ANZ’s COVID-19 response.

And there are many elements of experience at ANZ she wants to take with her.

“What we've done at ANZ in terms of purpose and values and culture, I feel I've learnt from that and been a part of that, and I'm proud of that,” she says. “I'd love to be able to take some of that experience to AMP and make it what I think the community wants it to be."

Alexis’ seven years included steering the bank through the divestment of its Wealth businesses but also helping build a simpler, purpose-led organisation – and then putting that emerging organisational culture through the acid test of COVID-19.

She says she is particularly proud of being part of developing “over the last four years … that really strong sense of purpose”.

“I think that's bound the organisation actually and helped us through the last 12 to 15 months. I think our values are really strong and well understood. And I think that's what makes this place different. I really do,” she says.

Alexis also spoke about the mechanics of how she made such a major career decision, who she spoke with, how she weighed up the pros and cons – and how she broke the news to her boss, Shayne Elliott.

“I thought after I had to go through that sickening feeling of telling Shayne that I was leaving, I thought maybe I'd have some form of buyer’s regret,” she admits.

Alexis also discusses the challenges of fitting into a new workplace and the idea of a “glass cliff” for female leaders.

You can listen to the podcast in the player above or read the transcript for the full discussion.