Given the chance to shine

“It took time, but as I faced each of these challenges head on, I was able to overcome them. I have now developed internal strength and skills that have helped me not only in that particular role, but also in future roles.” 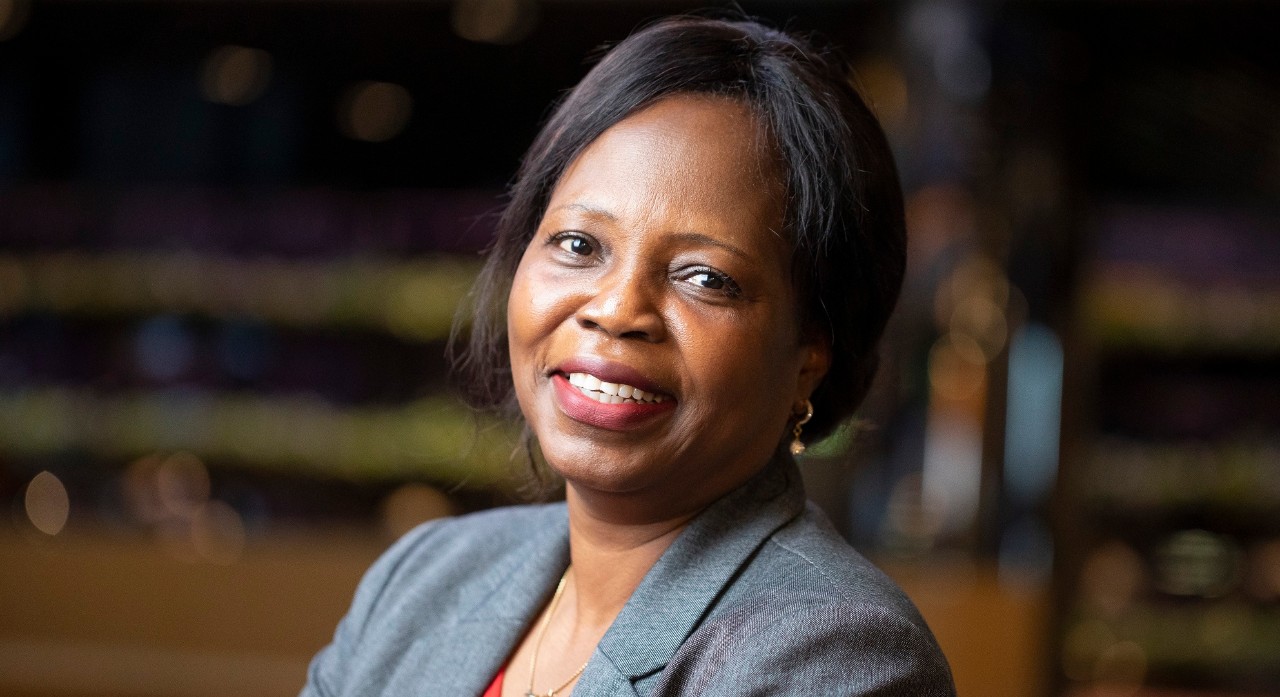 Virginia Walcott-Taylor migrated to Australia with her husband and two teenage children to escape the ravages of the civil war in Sierra Leone. However she struggled to find meaningful work - that is until the Brotherhood of St Laurence (BSL) introduced her to the Given the Chance program and since then she’s never looked back.

Throughout my career in Africa, I worked as a personal assistant across a few different companies. My main responsibility was to carry out secretarial duties. This was the type of job I was looking for when I first arrived in Australia but I was told it would be impossible to get similar work because I didn’t have any experience in the field.

While I continued to look for a job I decided to enrol at Latrobe University and do my Masters of Business Administration. I thought maybe having an Australian education might help me find a role that suited both my experience and prior qualifications – but unfortunately it did not.

I heard about the Given the Chance program through our local community and I ended up volunteering as a receptionist at the office of the Brotherhood of St Laurence (BSL).

After working there for a while, the people at BSL encouraged me to enrol in the Given the Chance program – they had observed my work and believed I had the capability to secure a place in the program and find a suitable job.

It was through this I was fortunate to get a job at ANZ.

Given the Chance is a partnership between ANZ and the Brotherhood of St Laurence, that actively looks for applicants facing disadvantage, specifically refugees and asylum seekers.

Working as a personal assistant in Africa gave me a lot of experience working in the corporate world but I had never worked in a role where I spoke to customers over the phone. Selling products and managing customer relationships and accounts was completely new to me.

I faced many challenges when I started working at ANZ in a customer service role. I battled with the difference in culture; I found people’s accents hard to understand and I initially struggled with the systems and processes – and these examples are just to name a few.

It took time, but as I faced each of these challenges head on, I was able to overcome them. I have now developed internal strength and skills that have helped me not only in that particular role but will also in future roles.

I started at ANZ in the Customer First team as a sales consultant in 2008. The main responsibilities included card activations, balance transfers from other financial institutions as well as other things. I was there for two years. I then moved over to commercial banking and I’ve held various roles as a Merchant Sales Consultant, Small Business Specialist and now Small Business Manager/Cashflow Specialist - and I am really enjoying it.

If I were to give a piece of advice to anyone who might be in a similar position to what I was when I arrived in Australia - or to anyone interested in enrolling in the Given the Chance program - it would be this: be forthright about what you want, work hard and take any difficulty as a challenge to overcome. This is how I approached it and here I am now. 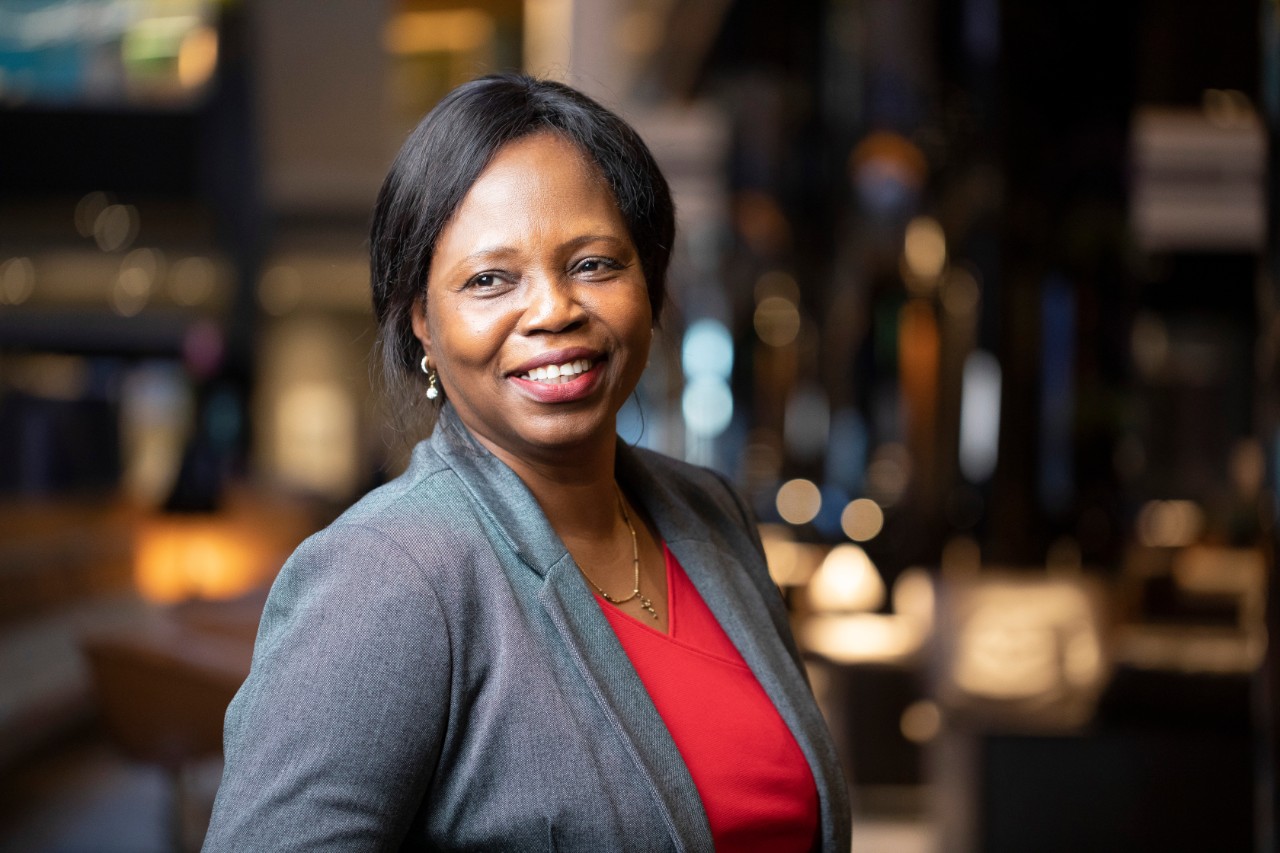 Given the Chance, (GtC) is an accredited social enterprise and registered group training company specialising in supporting disadvantaged jobseekers like refugees and other priority group jobseekers who have experienced significant barriers to employment.

Over many years, GtC has supported more than 1,000 job placements with a range of partner employers wishing to embrace diversity and reach new talent pools for their business. At least 70 per cent of these jobseekers have been able to obtain sustained employment via the program.

Senior Manager, Given the Chance at BSL, Jo Tabit says “Virginia was a part of some work BSL was doing with the recently arrived Sierra Leone Community who had fled initially to Ghana and then Guinea.

“Like so many refugee participants we’ve seen since, she had so much aspiration. She was determined to make a new life, working hard to gain a qualification, which did not lead to a job,” Jo says. “In Virginia’s case with no networks or local experience, she just needed that break and ANZ gave it to her.”

The enterprise has been a foundation program for the Brotherhood of St Laurence, maintaining and building its key corporate partners to underpin BSL’s advocacy to government for better programs and policy arrangements, and growing a range of new employment models funded by the state and federal government which currently reach thousands of disadvantaged jobseekers across Victoria.

ANZ has worked in partnership with BSL to support Given the Chance for 14 years and, throughout that time, 250 people have successfully completed the program. This financial year, 22 people have been placed throughout Victoria, NSW and, most recently, Tasmania (which joined the program for the first time).

When one role becomes four

After interviewing four candidates from the Given the Chance Program, ANZ Branch Managers, Fabian and Clare were so impressed they had to hire them all.

The opportunities education provides can take you far from home.