Ridding our oceans of plastic, one bottle at a time

“I was just blown away by the amount of plastic I saw in deep, remote wilderness. And it really affected me.” Mike Smith, founder of Zero Co.

When it comes to environmental issues, the world is facing a significant challenge and while many of us would like to take action, the problem can seem so large it’s hard to know where to begin.

Australian start-up company Zero Co is tackling the sizable issue of plastic waste in our oceans while making it easy for us to reduce our everyday reliance on single use plastic containers.

Zero Co produces and distributes personal care and home cleaning products and refills packs to homes across Australia using recycled plastics pulled from the ocean and from waste destined for landfill.

This ground breaking business model is the brainchild of Australian entrepreneur, Mike Smith who sold his wine business in 2017 before heading off on a backpacking adventure to some of the most far flung parts of the globe.

“I convinced my wife to pack up our lives and go on the most epic adventure of a lifetime. We basically lived in a tent for about 18 months, trekked along the border of Afghanistan and Tajikistan, explored Kamchatka in the far north east of Russia and visited North Korea,” he says.

In his travels, Mike was struck by the huge number of discarded plastic bottles he saw, in some of the most out of the way places and couldn’t stop thinking about it.

“I had about six months of thinking about the plastic problem and came back to Australia and said, OK, I'm going to try and tackle it. And Zero Co was born.”

What makes the Zero Co unique is the product lifecycle it’s based upon.

“Inside your first box of Zero Code products, you get what we call ‘forever’ bottles, which are made from plastic waste pulled out of the ocean. You keep these at your house and you refill them and use them forever,” Mike says.

“You also get a set of refill pouches made from plastic diverted from landfill. You fill the bottle using the refill pouch and send the empty refill pouch back to us in our reply paid envelope.”

Mike explains every step of the process reduces customers’ reliance on single-use plastic bottles and dispensers, while eliminating the number of discarded plastics on the planet.

“We clean, sanitise and refill the returned pouches and send them out to other customers, completely eliminating single use plastic, and funding large scale ocean clean-ups,” he says.

Every element of the operation is focused, as Zero Co eloquently refers to it, on ‘un-trashing the planet’.

Mike and the Zero Co team undertook their first large-scale ocean clean-up in Indonesia, removing the equivalent of a whopping 500,000 water bottles worth of plastic out of the ocean.

“It was a crazy six months for us because COVID-19 hit right when we were getting the business off the ground.”

Mike made the decision to bring the whole supply chain home to Australia and they ended up breaking a world record in the process.

“We had a scuba diving team in Sydney Harbour for 24 hours, pulling over two hundred kilos of rubbish off the bottom,” he says.

It was the longest ever underwater ocean clean-up undertaken in Sydney Harbour. 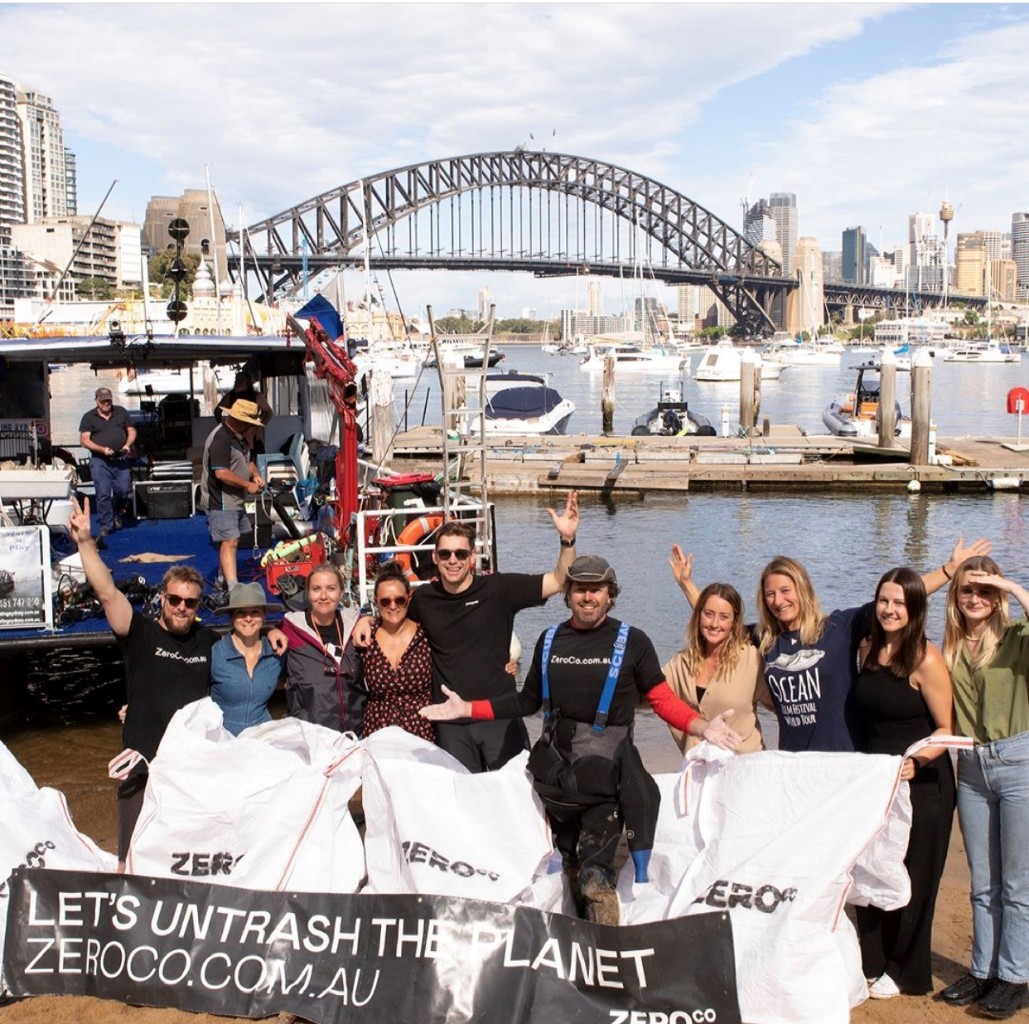 200kg of rubbish was collected from the bottom of the Sydney Harbor. Image via Instagram: @zeroco.com.au

Looking to the future

The future looks bright for Zero Co who in its first six months signed up 30,000 Australian households to its products and is aiming to reach 100,000 customers by the end of 2021.

It is entirely possible Zero Co will reach those numbers by continuing its good work and giving its customers a sense of participation and connection to the cause.

“Lots and lots of Australians understand there's a big plastic problem and they want to get rid of serious plastic from their houses,” Mike says.

Each Zero Co product contains a tracking code so customers can see where the plastic has come from and for every new customer who purchases Zero Co products, the business will contribute five dollars to the next ocean clean-up.

Visit zeroco.com.au to see how you can get involved!

Zero Co is customer of ANZ.

Zeroing in on long-term sustainability

For family owned olive grove, Mount Zero Olives, a focus on building long-term sustainability has helped drive positive change in response to a number of challenges, to pivoting from selling to restaurants to consumers directly as a result of COVID-19.

Each year, ANZ sets public targets which reflect our strategic priorities and respond to our most material environmental, social and governance issues.