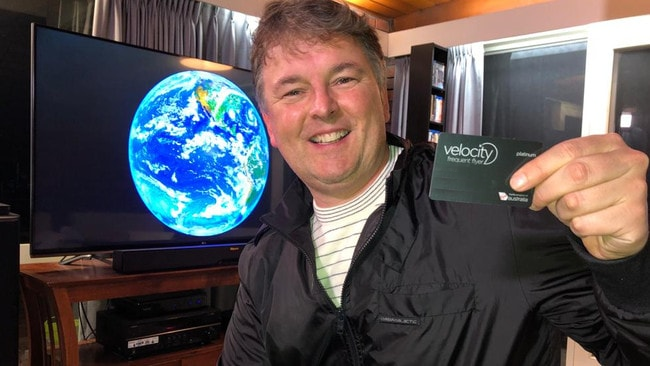 Pic: Scott Copeland with the loyalty card which started his journey Source: Supplied

Melbourne-based Scott Copeland is a great example of why you should always read marketing emails in your inbox carefully.

Way back in 2014, Scott, who is the Head of Product Development and Governance for Transaction Banking at ANZ, received an email from Virgin Australia as part of their frequent flyer program. However, this email was slightly different – inviting customers to enter a competition to be “upgraded to space class” for free.

“The bank is very similar to Virgin Galactic in terms of managing its product. We both maintain a rigorous approach to planning and testing, whilst ensuring continuous feedback is sought from customers in order to improve their experience.” – Scott Copeland

An avid stargazer, Scott quickly applied. The competition called for applicants to explain why they deserved a free ticket on a flight for which commercial tickets cost upwards of $A335,000. Scott simply said if he won, he would track down his primary school teacher from when he was 10 years’ old in 1979 who told him his dream of being an astronaut was unrealistic.

Much to his amazement, Scott received the call announcing he had won the ticket. True to his word, the future astronaut tracked down his old teacher Marilyn Mooney who was very excited for him. 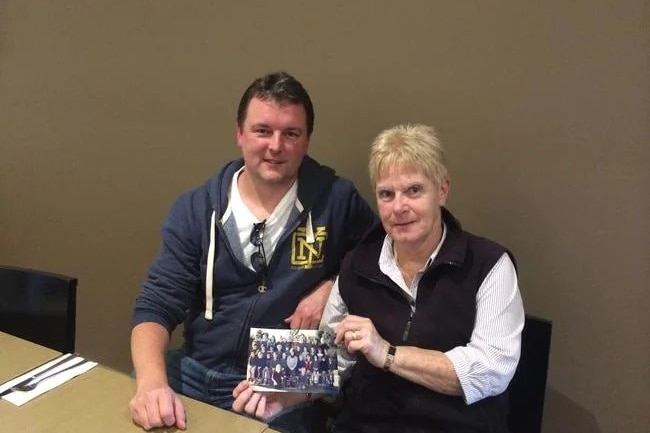 Scott, who joined ANZ in 2004, says there are many parallels between the Virgin Galactic project and his own work in product development.

“When you think about it, the bank is very similar to Virgin Galactic in terms of managing its product. We both maintain a rigorous approach to planning and testing, whilst ensuring continuous feedback is sought from customers in order to improve their experience. We both also operate under heightened levels of regulatory scrutiny, which means our standards of governance and risk management need to remain first class,” Scott explains.

“There’s a lot of stakeholder engagement involved in my work within Transaction Banking product development and we need to be really clear and consistent in our messaging,” he says. “This is to ensure our business partners understand the product scope and the customer value proposition as we collaborate in bringing the product to market.

Fortunate enough to meet the Virgin Galactic management team as a customer, Scott was able to engage with the designers, technicians and engineers. I "It was obvious they have a similar execution focus and culture embedded in their organisation,” Scott says. 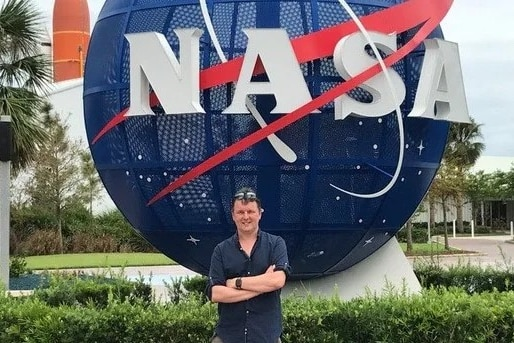 In 2016, Scott used his annual leave to travel to the US and visit the Virgin Galactic facilities in Mojave, California as well as the Kennedy Space Centre and the Astronaut Hall of Fame. While on this trip, he saw the same spacecraft, which took Sir Richard Branson into space on the first fully crewed test flight. 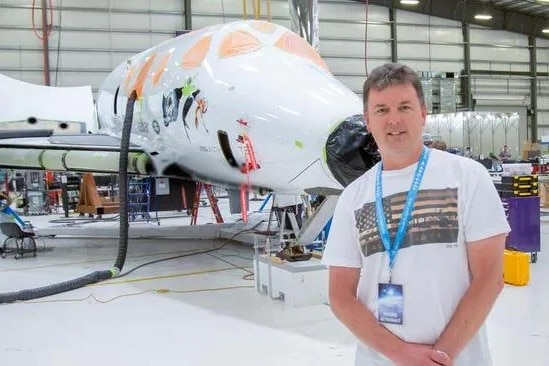 Scott says watching Sir Richard Branson recently complete the first test flight was a very emotional moment for him and his family.

“It was the culmination of a long seven years since winning the ticket,” he explains. “It was overwhelming.”

Scott says he has learnt a lot about leadership through this experience so far, including the importance of being in the moment.

“A key part of our training is learning how to be mindful, how to absorb and process the experience,” Scott explains.

“The same could equally apply with our work -  it’s easy to become overwhelmed by the volume of business priorities or impending deadlines whilst trying to maintain a healthy work-life balance. Being mindful of those factors assists you to develop coping strategies which can support how we work and really help to make the most of every opportunity.”

For now, Scott will wait until he gets the call for his flight and continue saving his long service leave for the trip of a lifetime. Based on the initial aspiration of Virgin Galactic to start commercial operations, he’s hoping to be floating in space and taking in the view of Earth within the next 12-18 months.

As for any advice he would give other 10 year olds with a similar, seemingly unachievable dream? Scott says the key is to persevere.

“Opportunities can present themselves in unconventional ways. You wouldn’t think a regular guy working for a bank in Melbourne is a conventional pathway to becoming an astronaut but it’s important to continue to aim high and at times be the beneficiary of some good luck!”

Leaders must keep employees focused on customer problems and sharing their expertise, according to Google expert.

The danger of information overload at work