“The kind of resilience I've seen with communities really hit hard by fires, then a flood and another major flood in the space of 12, 15 months, I walked away with a more positive assessment of the risk profile of an area like that.” - Kevin Corbally 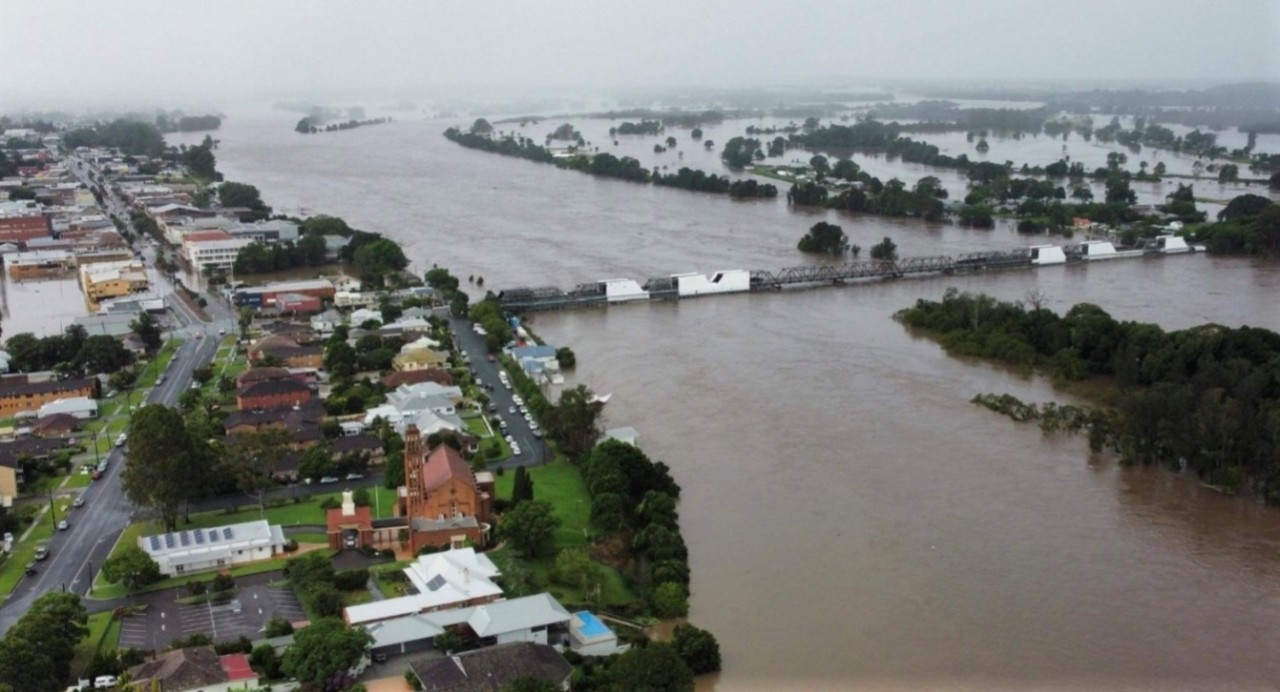 In just over a year, NSW’s mid north coast endured floods, fires, more floods – and a global pandemic. A cluster of catastrophes you might expect to wreak much more than physical devastation.

Earlier this year I was able to visit the region and speak to some of our agribusiness and business banking customers who were hit by the extreme rainfall that led to widespread flooding.

Described as ‘a once in a 100-year flood’ many of the towns inundated were still recovering from the bushfires that occurred less than 18 months before.

The devastation was far-reaching. But when I spoke to members of these communities I was inspired not only by their sheer resilience but the tremendous sense of community spirit that’s alive and well and even more apparent during times of significant adversity.

Cassegrain Tea Tree Oil, which has been producing, distilling and exporting tea tree oil since the mid-90s, was hit hard when the floods came through but like so many of the people I met Managing Director Thomas Cassegrain didn’t let the floods dampen his spirit.

“Our plantation is located in a swampy area. It's low lying land. So we're susceptible to flooding and we've been flooded in the past,” Thomas says. “The great thing about tea trees is that they thrive in swampy areas. They're very hardy.”

Thomas admits while they’ve seen these types of floods before they’ve never been impacted quite so badly. Being completely submerged in water meant the trees were covered in dirt which was the main concern for Cassegrain.

“The trees need sunlight but if they're covered in dirt the light can't get through,” he says. “So what trees do when they're stressed is drop leaves and that's what happened.” 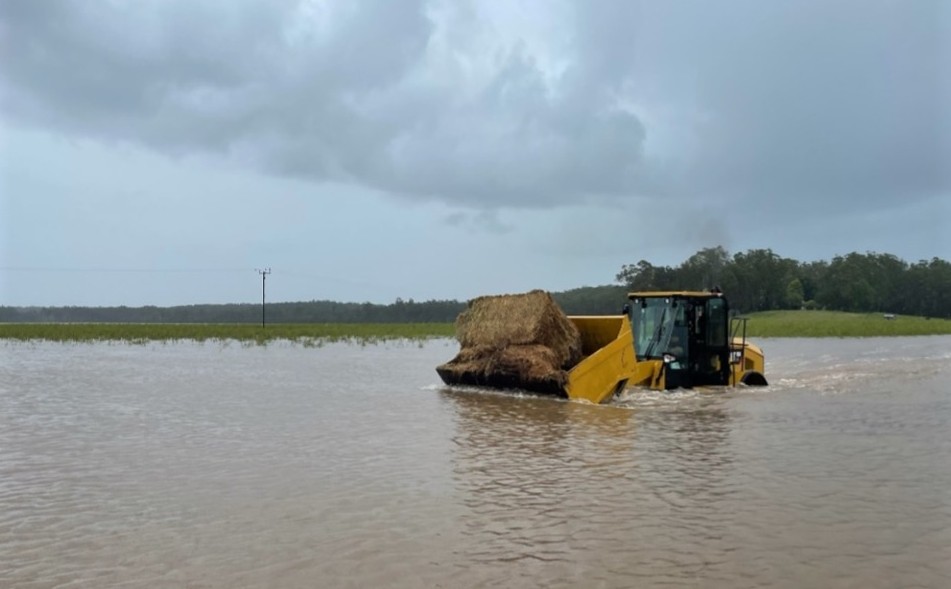 Cassegrain is at the tail end of harvest and Thomas predicts they’ll be down 50 per cent on what they were expecting and 40 per cent from last year.

Despite this Thomas remains positive about the future.

“Fortunately for us, now that we're harvesting, we don't have to replant.  We harvest the trees then they regrow from the stump up. So harvesting every year is just like pruning and the trees grow back just like hitting the reset button and - weather permitting - the next year you'd have a good year,” he says.

Google mobility data shows a steep 28 per cent drop in average movement by residents of the Port Macquarie-Hastings local government area during the floods.

I’m ANZ’s Chief Risk Officer so I tend to frame things with that perspective. And from a risk standpoint, Thomas believes Cassegrain is well-placed. “Because our crop is native to the area, they can handle these local weather events because they evolved here.  So in a sense we are mitigating risk,” he says.

“We're in the business of producing tea tree oil and the mitigation is having the plantation where the trees are naturally found, as opposed to an exotic species.

“You can put a tea tree plantation in Victoria for instance but the risk there is if it's cold the trees are not going to perform well. So that's a big risk, a powerful element where you're growing,” Thomas says.

“You can shoot for something that's risky provided you're expecting very good returns,” he says. “But in agriculture, I don't think it's that simple because you might have three or four bad years and it's just not sustainable. And then you have the vagaries of market prices. So it's just a long term game.”

Founders of family-owned business Shotgun Marine Services, Terry and Michele Nocelli have been together for more than 30 years but lost almost all of their stock, tools and years of irreplaceable boating collectables in the floods.

Michele says the water came in hard and fast and was unlike anything she’s ever seen.

“There was no time for preparation,” she says. “We were completely submerged by midnight.” 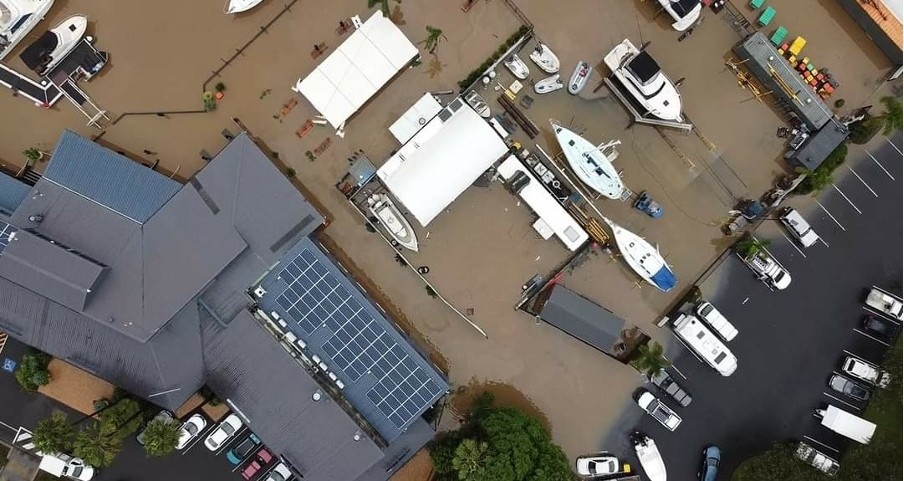 With so much to do before they could start rebuilding Michele and Terry’s commitment to their customers saw them vow to be up and running as quickly as possible and they were back in business in a matter of weeks.

Michele says while there are always challenges in business, they are busier than ever. “We’ve even now got the whole family working for us.”

COVID-19 has brought about some welcome changes for Michele and Terry’s business. “The pandemic has led to an increase in online purchases.” she says. “Seeing as people can’t travel as much, it seems Australians are spending their money on boats instead.”

Established in Port Macquarie more than 20 years ago, Shotgun Marine Services are marine electronic specialists who service all aspects of the boating Industry. Terry and Michele are second generation ANZ customers who have banked with ANZ all their lives.

As a risk officer, the kind of resilience I've seen with communities really hit hard by fires, then a flood and another major flood in the space of 12, 15 months, I walked away with a more positive assessment of the risk profile of an area like that.

These are just two examples of the many customers I met, across agriculture, small industry, food and beverage, but the common theme has been not just their amazing personal resilience but the resilience and support of their communities – and that is very much a valuable intangible when it comes to us looking at risk.

In risk, there is that intangible element. Apart from what you can measure, you've got to have a sense as a banker as to how risky is it. When you're assessing risk, connections and character are helpful. And quite often people's characters come through in a time of ultimate distress – when you see how people respond and behave. These communities left me with an understanding of just how tough and resilient they really are.  That’s great for them but it is too for us as bankers.

Elliott: we’ll help you through this

In a letter to customers, ANZ CEO shares some of the ways the bank is supporting them to stay safe, secure and on top of their money.

With regional job opportunities at an all-time high, Sarah Simpson, manager at a fuel distribution company in the Victorian town of Alexandra shares her experience as a woman in what was once considered a male-dominated industry.

More to mobile banking than mobile