“[The business] was founded in April 2011 from my spare bedroom …. I just knew I wanted to be in the commercial building industry and … we would self-perform the work.” – Jarrad Morgan, CEO, SA Construct 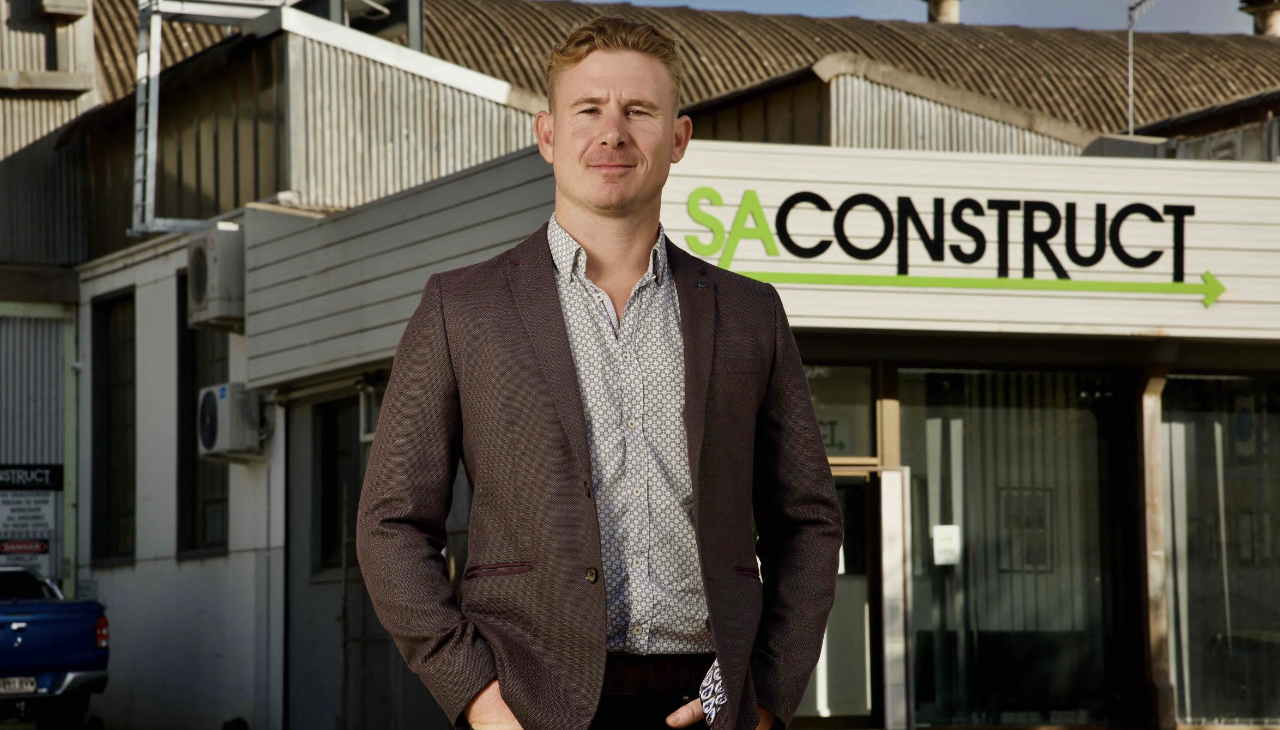 In late 2010, while the economy slowly recovered from the impacts of the global financial crisis (GFC), a young entrepreneur was nurturing the idea of an innovative business idea.

Jarrad Morgan graduated with honours from UniSA in 2008, where he’d studied Construction Management while working part-time on a shipping terminal.  Three years later, aged 24, Jarrad started his own business, SA Construct, with a workforce of 12 people. Today, the company has 170 employees.

“[The business] was founded in April 2011 from my spare bedroom,” says Jarrad. “There was no clear direction when we started. I just knew I wanted to be in the commercial building industry and the other thing I was firm on was that we would self-perform the work.”

Small fish in a big pond

Around the same time SA Construct was founded, a government program called ‘Building the Education

Revolution’ (BER) was being administered. The program was part of the Australian government’s economic stimulus package designed to provide new and refurbished infrastructure to eligible Australian schools.

“There was a lot of government funded work available at the time but as the BER program came to a close, the work started to dry up,” says Jarrad. “Being a small business just starting out, I felt I wasn’t in a position to be bidding against major, established businesses for commercial work.”

So Jarrad and his team started sub-contracting to commercials builders. “My team was essentially made up of my carpenter mates who I hired to help me out with different cladding projects with builders,” he says.

The middle of nowhere

SA Construct’s first major job was for the Commonwealth Scientific and Industrial Research Organisation (CSIRO) working on a project to build the world’s largest radio telescope, the Australian Square Kilometre Array Pathfinder [ASKAP]. The job was located at the Murchison Radio-astronomy Observatory (MRO), a remote outback region about 350km northeast from Geraldton in Western Australia.

“We worked on the roofing, cladding and fit out on this large, multi-million-dollar facility located in one of the quietest radio zones in the world – it really was in the middle of nowhere,” recalls Jarrad.

Back home in South Australia, taking on as many jobs as possible and completing them successfully meant more opportunities naturally presented themselves. This was however a balancing act, with his business growing Jarrad needed finance.

Bruce, who worked closely with ANZ Relationship Manager, Nick Josipovic to structure the deal, believes a strong broker / banker relationship plays an important role when it comes to securing funding.

“Nick understands how Perks put a deal together so we worked ‘hand in glove’ to understand the SA Construct business, the facility requirements for now and in 6, 12 and 24-months’ time.”

The tripartite arrangement between SA Construct, Perks and ANZ was a good fit for Jarrad’s ambitions for SA Construct.

“Working with Bruce saved us time, and in the end, I believe got us the best result possible,” says Jarrad.

“You can either keep it small and manageable or take on more jobs and hire more people.”

“And that’s how the business naturally grew. The exponential growth has come from employing the right staff to create what we wanted to build.”

“It’s the challenging jobs that keep things exciting. We love being innovative.  The showpiece jobs we’ve created have had a lot of innovation, research, and development which keeps the business interesting.” 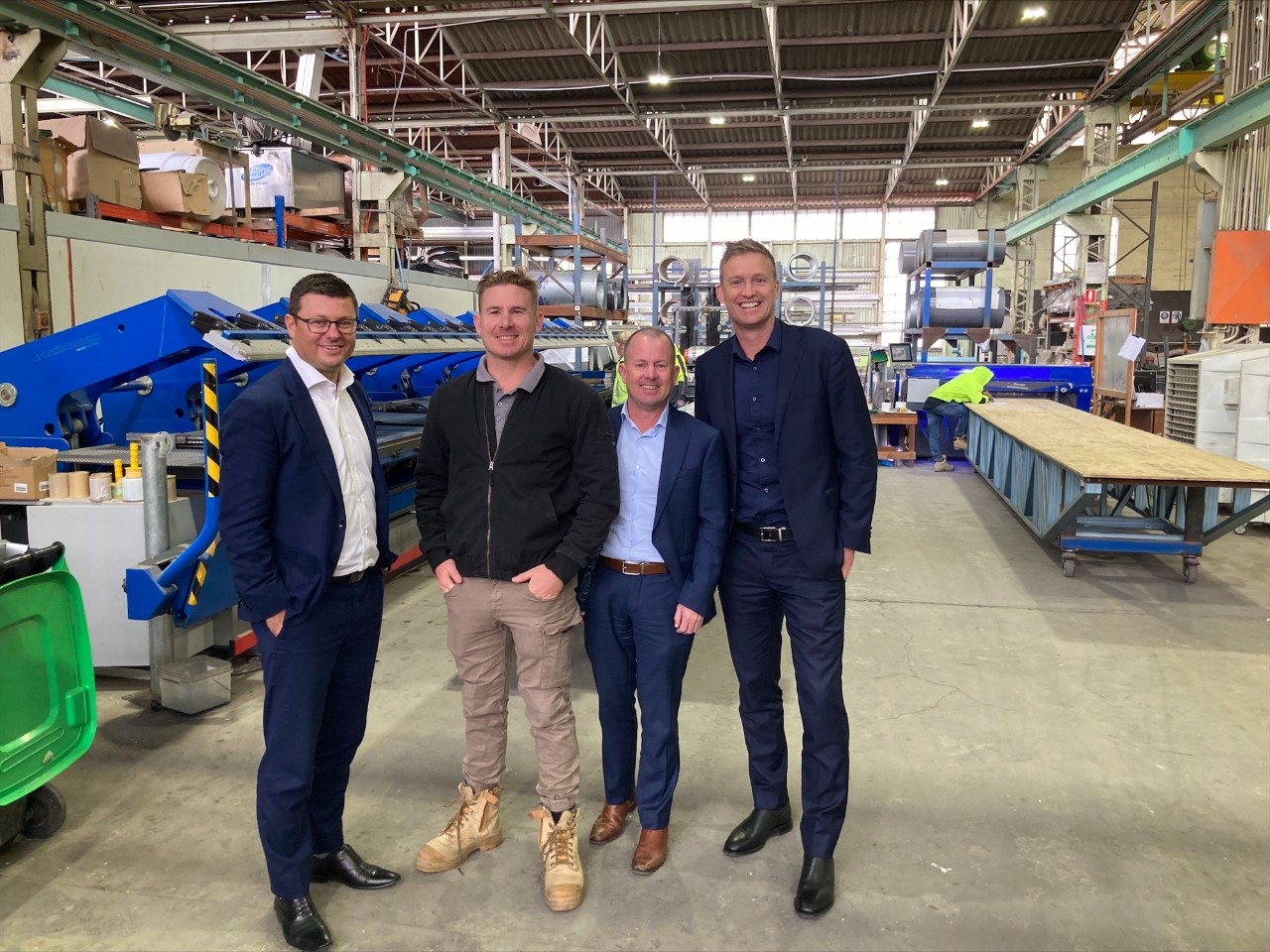 Not long after returning to Adelaide from the job in WA, Jarrad found the business had outgrown his spare bedroom. So, he leased a 200 square metre facility with an office, factory and storage space, and he hired a new Accounts Administrator. “We continued to grow our operations, internal manufacturing, and staffing levels. Three years later in 2015 we relocated to an 8,000 square metre facility,” says Jarrad.

“We were getting more recognition in the industry,” says Jarrad. In 2015, the business was awarded The Master Builders Association ‘Specialist Contractor of the Year’ and followed through with divisional category awards in 2016 and 2017.

“One of our major milestones was when we were contracted to the Royal Adelaide Hospital,” says Jarrad. “What started as a $200k order eventually turned into a six- or seven-million-dollar job.” 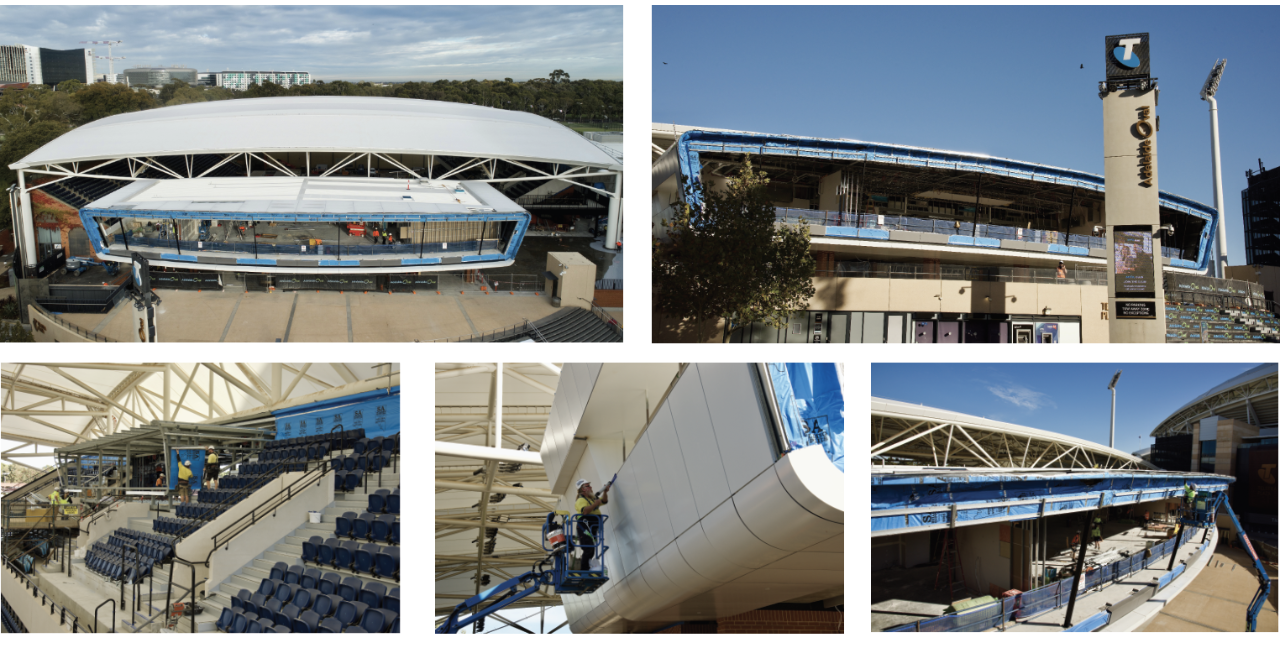 The ANZ Business Growth Program is a globally recognised program that helps Australian businesses to develop the skills needed to establish an organisation that can sustain growth.

The online courses, seminars and webinars are open to all Australian businesses. ANZ business banking customers can also speak to their relationship manager about taking part in targeted one-day clinics and an intensive nine-month program.

Jarrad and his management team have just completed the first module of the intensive nine-month ANZ Business Growth Program.

“We have two main takeaways from the first module we’re implementing in the business right now,” reflects Jarrad.

“Firstly, we’re looking to change how we can market our brand – not necessarily to customers but to potential employees. With the current employee shortage in Australia, attracting the right employees to the business is core to our success.

“Secondly, it gave us a good opportunity to revisit our mission statement. We were able to get the conversation going again. What’s the big picture for us? Is everyone aligned? What do we need to change?

“From those conversations, we’ve reviewed the business strategy including our ideal project size and our target projects and customers. Given the varying constraints in the market today, we’re making changes to the type of work we’re going after.”

Advice to my younger self

So what advice can Jarrad offer budding entrepreneurs?

“Grit, determination, hard work, effort. All these things are needed to start a business,” says Jarrad. “But I burnt the candle at both ends for a number of years – to the point where it became unhealthy.”

He says he was “wearing every hat in the business and not looking after myself”.

“I wasn’t exercising, not eating good food, or taking time out for myself - and that really took its toll. I’ve learnt that when you focus on optimising yourself, you optimise your overall performance.

One key piece of advice Jarrad would give any young entrepreneur is to get a mentor. Jarrad was matched with a mentor through the South Australian Young Entrepreneurs Scheme (SAYES) – a program for South Australians under 35 years old.

“My mentor for the first five years in business was Neil Tuckwell – and he was brilliant. He kept me accountable and focussed on what my core vision was and who the right people for my business were. His guidance was essential.”

The future of self-storage looks bright

So what does a CEO do, anyway?

As each stage of business growth presents new challenges and opportunities, leaders must constantly adapt to ensure their business and employees are thriving.