A third of Australians are struggling with their budget. What can be done?

“Gen Z and millennials are keen to take steps to achieve their financial goals, whether it be travel or saving for that first house. But often many don’t know where to start or who to turn to.” 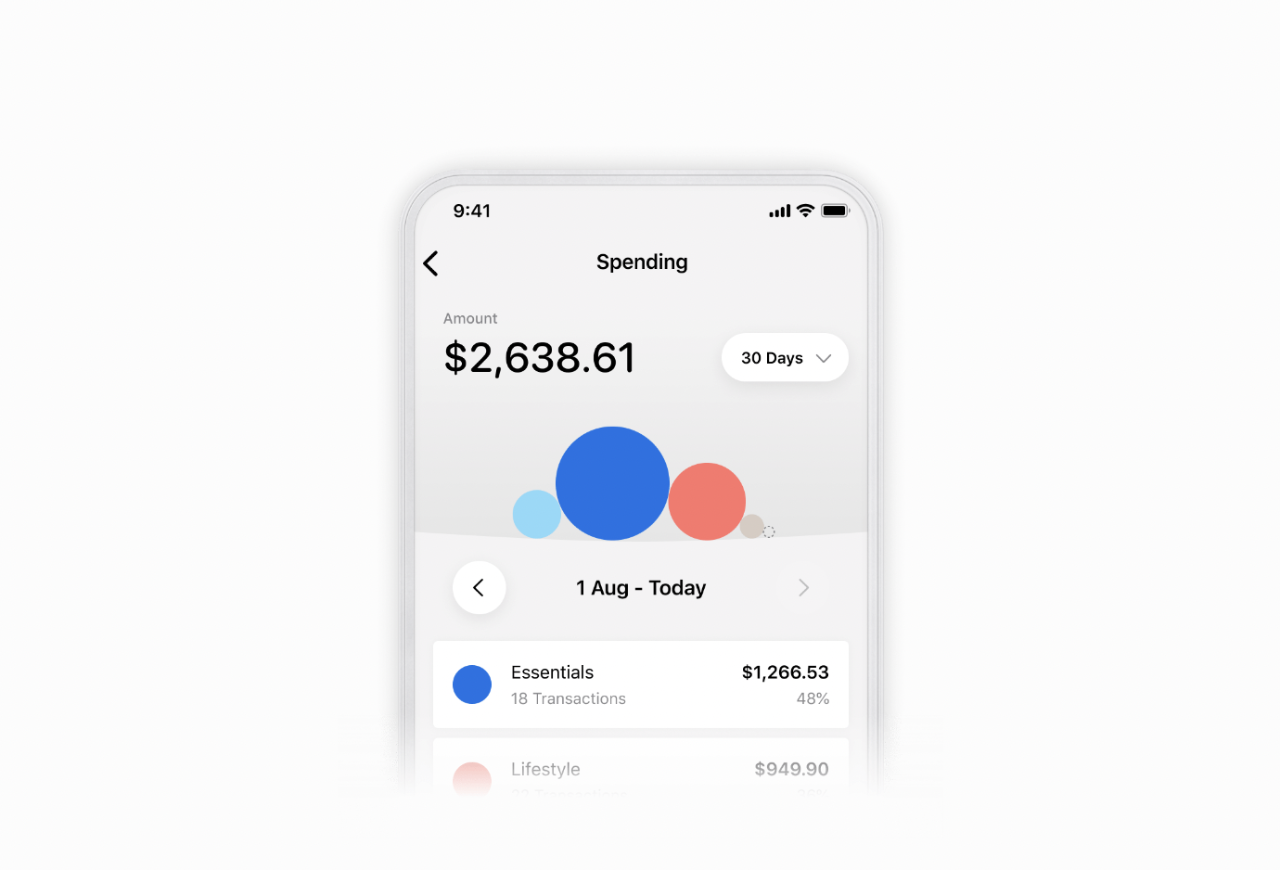 Inflation and interest rates continue to climb and it’s clear many Australians are feeling a little uneasy about their finances as that plays into a rising cost of living.

Australia's inflation rate, the annual consumer price index, increased to 6.1 per cent at the end of June, according to the Australian Bureau of Statistics, the fastest growth in more than two decades.

ANZ Research expects another 0.5 percentage point rise in interest rates in October while inflation and labour data are pointing to more rate rises in the new year.

With that outlook, new analysis from ANZ Plus shows many Australians have already started taking action with 59 per cent cutting down on non-essentials, 34 per cent putting more towards savings and 17 per cent asking for a pay rise.

Meanwhile, over the next six months, seven in 10 (69 per cent) Australians aged 18-60 would like to save more and a third would like to set clearer financial goals, the data drawn from ANZ Plus customers show.

Gen Z and millennials are keen to take steps to achieve their financial goals whether it be travel or saving for that first house. But often many don’t know where to start or who to turn to.

For a nation of foodies it's unsurprising many Australians continue to overspend on eating out/takeaway food (53 per cent), followed closely by online shopping (35 per cent), streaming services (19 per cent) and socialising (19 per cent).

On average Australian workers aged 18-60 will put a quarter of their monthly income towards savings. However, 11 per cent of the population don’t put anything towards their savings each month.

The research also reveals Australians aged 18-60 most frequently access their banking services via digital channels with more than three quarters (77 per cent) saying they very orquite often do so via mobile banking apps. A further two in five (38 per cent) very or quite often do so via the financial institution's website.

Here are a few ways to help you get started on improving your financial wellbeing:

Budgeting and saving are not just about cutting back. Try to change your mindset and think of managing your money as being financially responsible and taking steps towards greater rewards.

Budgeting doesn’t have to be scary or boring. Setting a realistic budget that aligns with your wants and needs is a great way to take hold of your finances. Try to build in a budget buffer that takes care of the essentials like rent, bills, groceries and petrol. And leave some room for spending on that take-away coffee or mid-week treat.

Save for a rainy day and long-term goals

Long-term goals, be they a first home or big overseas trip, are very motivating.

Setting up a multi-goal savings account means you can specify your goals and contribute different amounts to them along the way.

Give yourself permission to spend on things that make you happy

Saving for those big-ticket items or budgeting to get ahead shouldn’t take away from the fun and enjoyment of life.

Don’t get down on yourself if you do occasionally spend on these items. Splashing out within reason on experiences with loved ones, great food or a nice gift for yourself can be a great mood booster!

One of my best tricks for staying within my budget…

Online shopping is absolutely where a lot of people spend without thinking. My best tip is to load up your cart with all the things you love, want and feel like you need in that moment. Then, log out. Revisit the cart after 24-48 hours when you’ve had a chance to really think about whether you need that item. If it’s just a want, does it fit in your budget?

You’re on your way to financial wellbeing.

Building up your financial wellbeing doesn’t have to be a restrictive journey. Set realistic goals, celebrate when you reach them and continue to save in a way that suits you. Overall, focus on creating healthy money habits that allow you to enjoy the little and the big things in life and feel satisfied.

About the survey: The information is based on a survey conducted by YouGov on behalf of ANZ PLUS. The survey was of 1,064 people in Australia aged 18 to 60 years old.

Constanza Perez is a Financial Wellbeing Coach at ANZ Plus.

BEHIND THE NUMBERS: more power in the hands of ANZ Plus customers

The profound change in the architecture supporting the new ANZ Plus proposition will give customers a whole new range of functionality.

Broadening the reach of financial education in India

As the pandemic changed the way we work and live, MoneyMinded continued to deliver financial education through digital and online channels to even more participants in India.

It’s been a big couple of years for the long-standing Saver Plus program with a move to virtual training and a financial inclusion award.