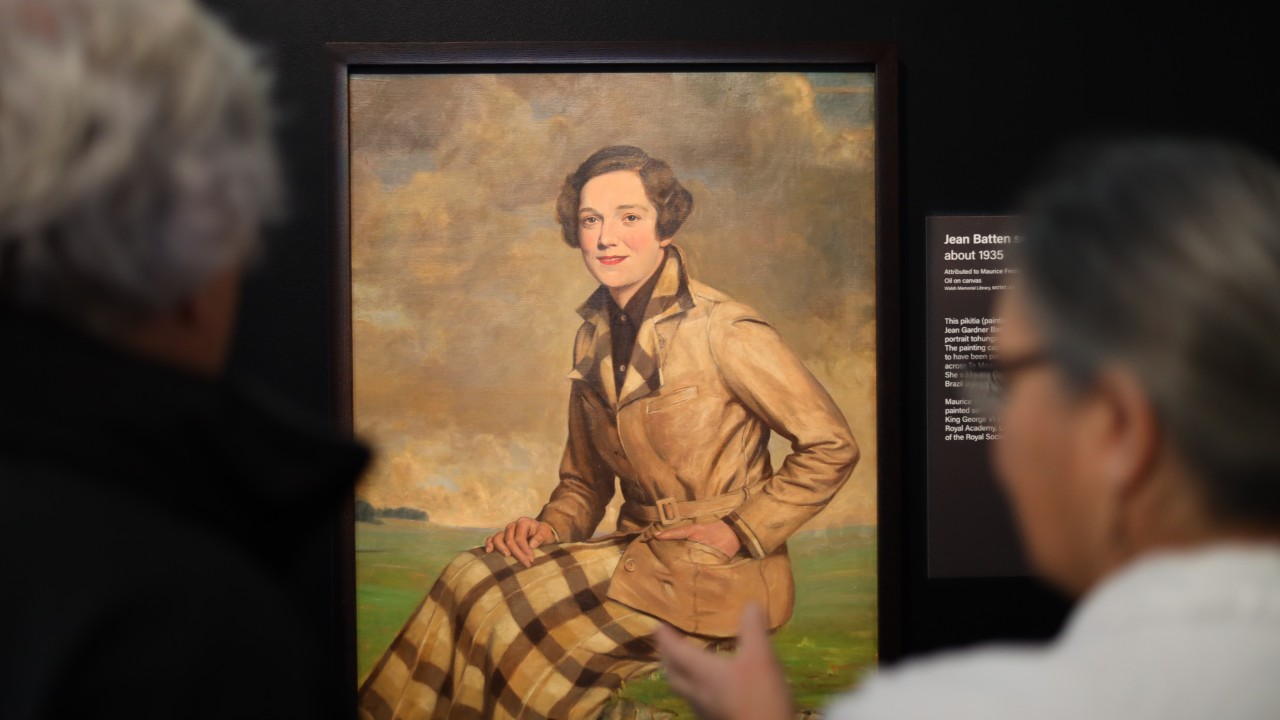 The portrait, attributed to British artist Maurice Codner and painted around 1935, was found in ANZ’s archives having been in storage since at least the early 1990s. 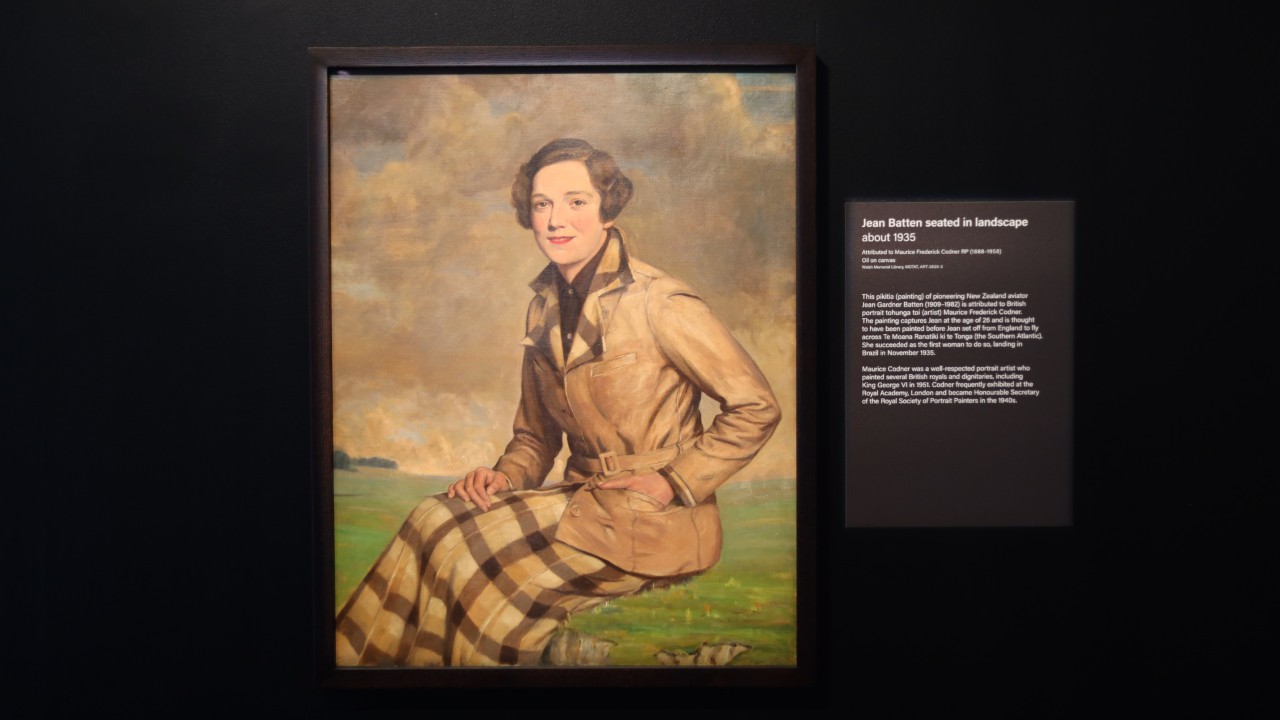 ANZ gifted the painting to MOTAT, where it will join the collection to compliment the Jean Batten objects on display at MOTAT’s Aviation Display Hall.

Jean Batten CBE, OSC, was New Zealand’s best known aviator. In the 1930s her record-breaking solo flights across the world made her a global superstar – the “Garbo of the Skies” or Hine-o-te-Rangi (Daughter of the Skies).

Little is known of the portrait’s history until 1976 when it was spotted in a small London gallery and bought to be displayed in the soon-to-be-opened National Bank branch at Jean Batten Place. The portrait is believed to have been exhibited at the Royal Academy. 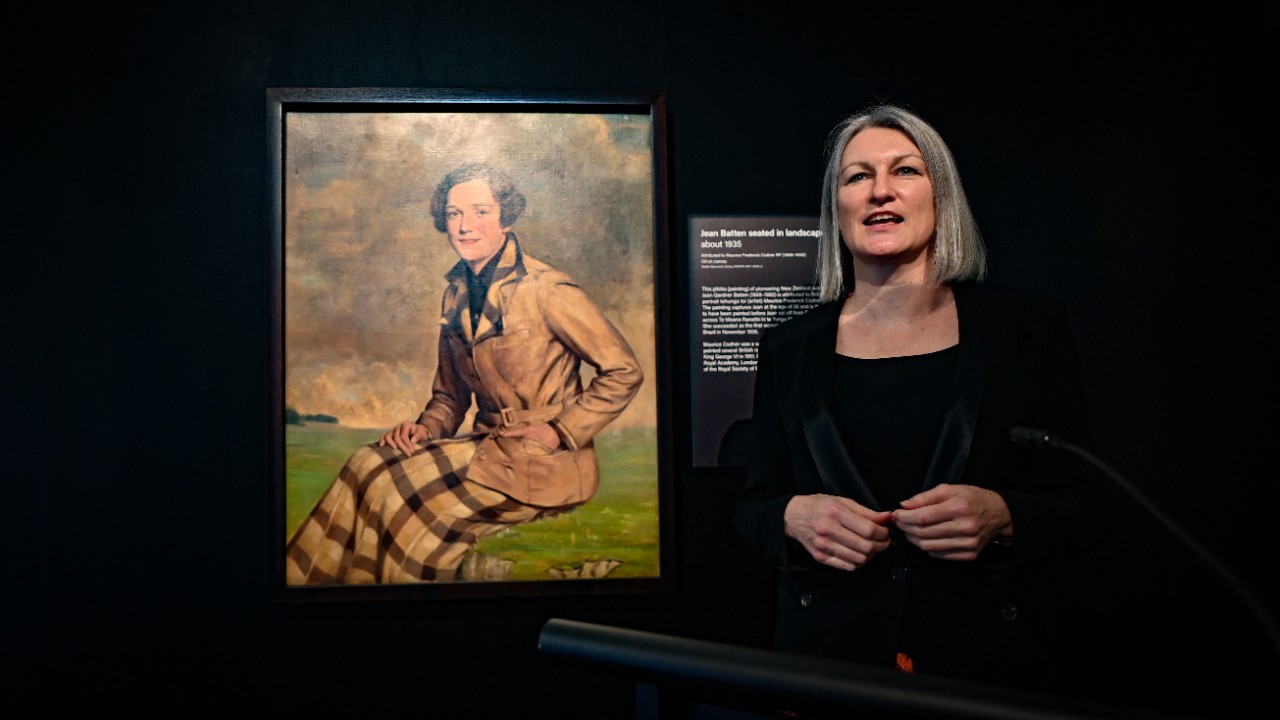 “While most of the historical footage and photos of Jean show her in her white flight suit, with her beloved aircraft or at public events, this painting offers a different view.

“It’s a more personal look at Jean at the peak of her flying career. It adds to our picture of this complex, courageous and determined pioneer who became an inspiration for generations of New Zealanders, in particularly our young women.

“As the CEO of ANZ, I’m among many who owe a debt to Jean, who in no small way helped blaze a trail for us all.” 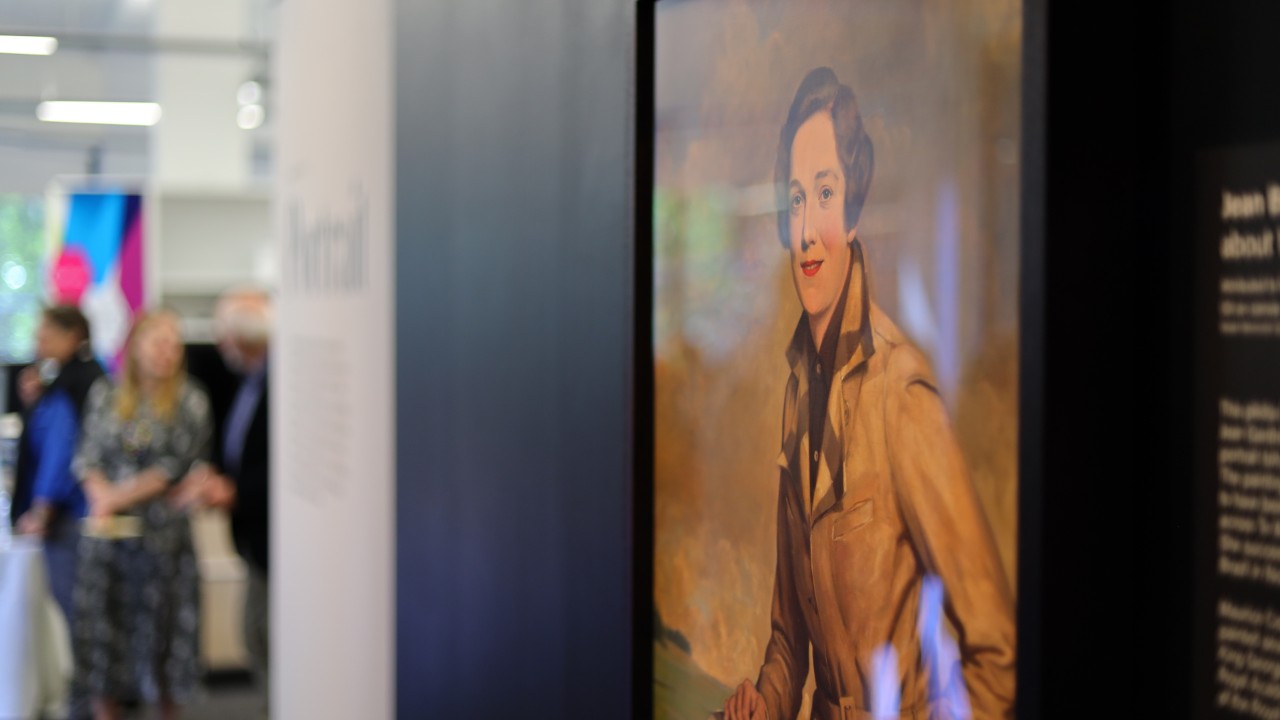 Simon Wetherill, MOTAT Library and Archive Manager said the painting was in fantastic condition, requiring little more than a clean and reframing by a trained conservator.

“The painting portraying Batten in the same year as her record breaking solo flight across the South Atlantic is a significant addition to the MOTAT collection, complimenting the other paintings and photographs we have in the Walsh Memorial Library.”

Michael Frawley, MOTAT Chief Executive, said: “We are delighted that the ANZ thought of us when they were looking for a custodian for this stunning portrait of Jean Batten.”

Ms Watson said when deciding what to do with this painting, ANZ wanted it be where it could contribute to the Jean Batten story, and where future generations of new Zealanders could see and enjoy it.  “There is no better home for it than at MOTAT.”