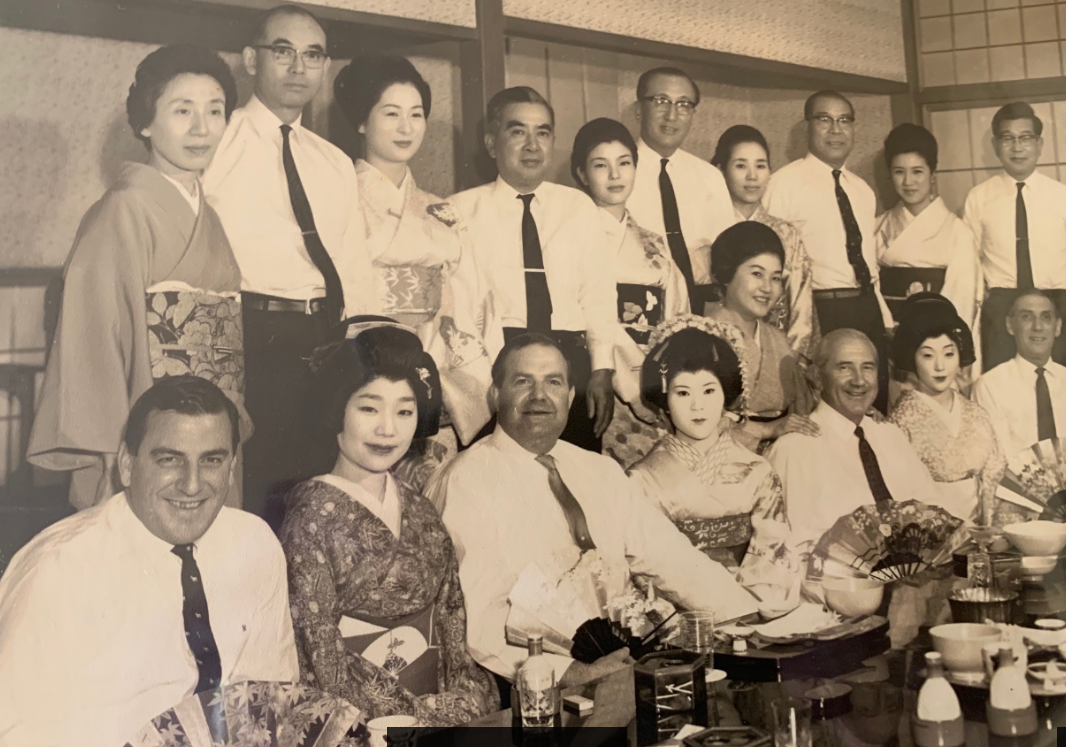 Fifty years ago – on December 3 to be precise – Ron Horne and Ian Stewart, together with their secretaries Murai san and Hara san and driver Hasegawa san, opened ANZ’s first office in Japan – the first ANZ outpost in Asia.

It was located in Yurakucho, on the edge of Ginza in central Tokyo - but hardly a lavish establishment.

“It was pretty small,” Ian remembers, “and they were still putting the desks and shelves together as we arrived. But the phones worked…”

A half century later, just a few blocks and one subway stop away in Marunouchi, ANZ’s Tokyo office today houses 135 staff over multiple floors with a commanding view of Tokyo station. And there’s been a branch in Osaka, in front of Osaka Station, since 1990.

ANZ Japan is one of the jewels in the Asian network and its client base is an honour roll of Japan’s most storied corporates and major financial institutions. But it was a modest existence for the first decade and a half before a formal banking licence was granted. 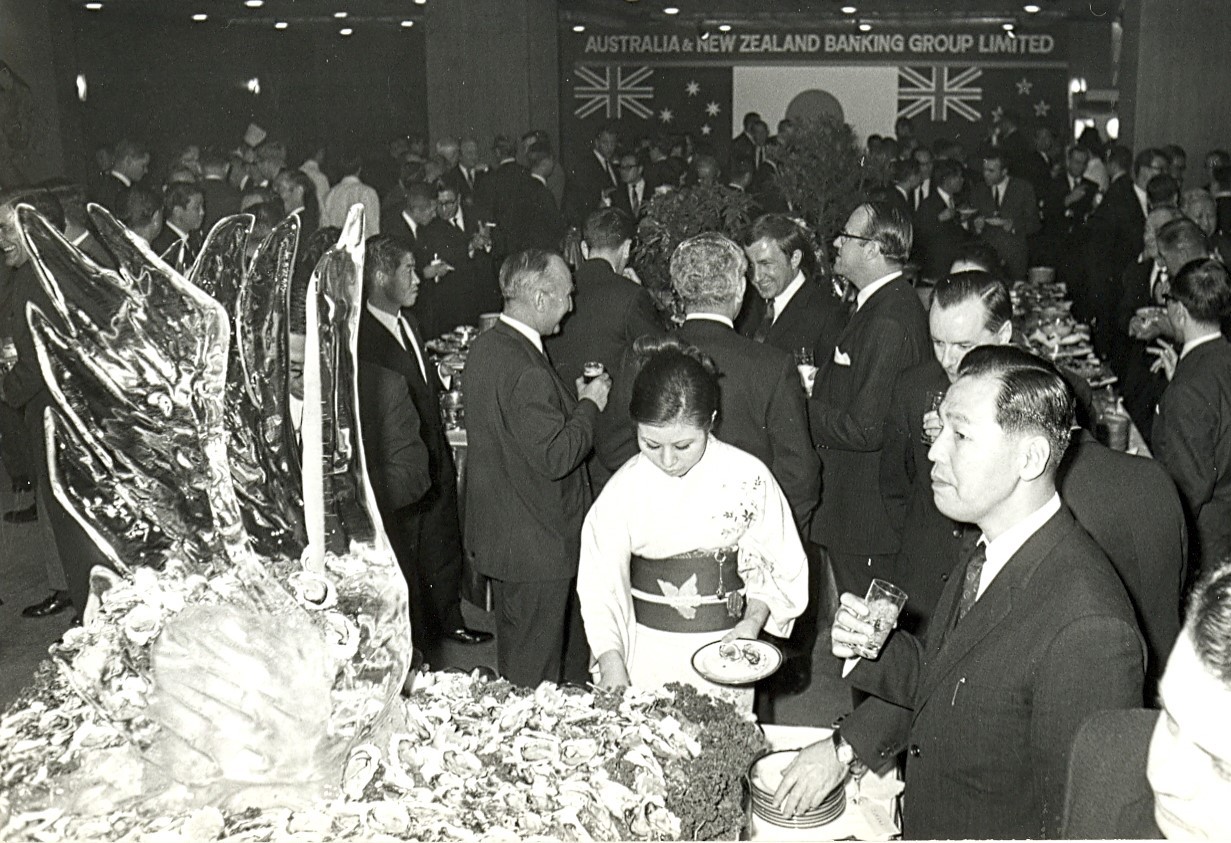 Pic: The opening party was held at the venerable Palace Hotel, hosted by Mitsubishi, one of the Japan’s major corporations and a massive investor in Australia.

The opening of the Tokyo office came barely a decade after the 1957 Commerce Agreement between Japan and Australia; in itself a remarkable achievement given World War II was still a very raw memory.

Economic relations between Australia and Japan were expanding and much of the representative office’s work went toward building relationships – many of which have been sustained to this day.

“We were really there to meet customers, tell people who we were, introduce the bank,” Ian says. “We would meet the big Japanese trading companies, the banks, but there was also an Australian presence in Tokyo – BHP was there, CSR, the NSW Coal Board.”

Emilio Moreno was the assistant representative officer for three years from 1979 remembers the relationship with Japanese companies and banks was maturing and Australian and New Zealand imports were diversifying – “it wasn’t just iron ore and coal but a lot of food. And dairy from New Zealand. There was an Australian company exporting asparagus.”

The large Japanese trading companies had already established their presence in Australia by 1961, focused on wool, iron ore and coal exports. An Austrade report celebrating the 60th anniversary of the bi-lateral relationship mentioned the Japanese presence “markedly in the resources sector, helped transform Australia’s economy”.

After Japan became a member of the OECD in 1964, restrictions on foreign direct investment and capital controls were gradually removed, sparking a wave of foreign banks establishing offices around the same time. 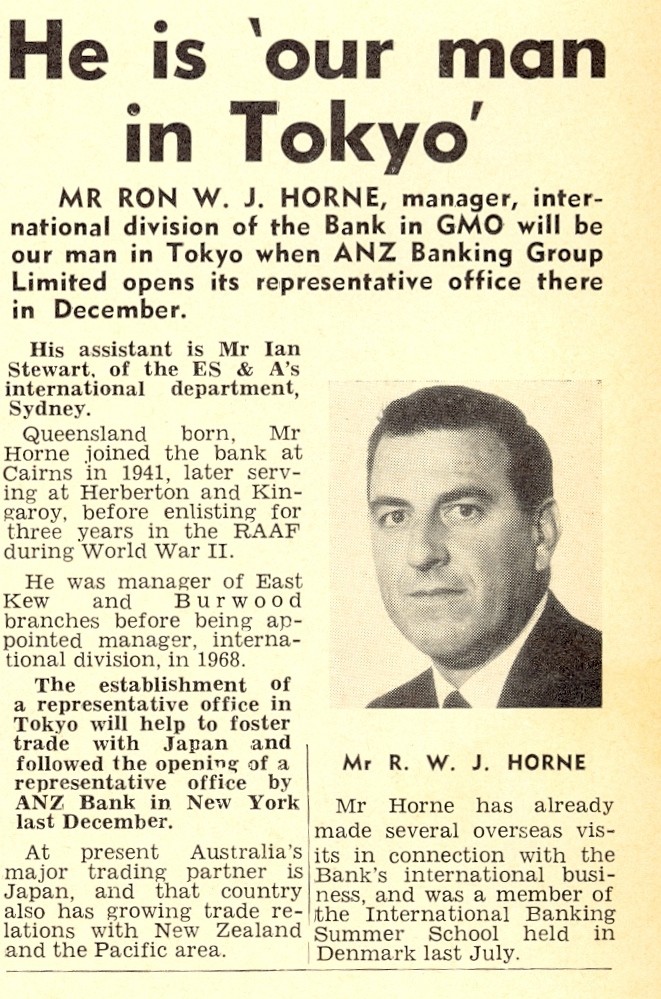 Fay Horne, Ron’s widow, remembers arriving in Tokyo with their two sons in tow to find a thriving expatriate community and Japanese citizens who were fascinated by Australia – right down to Australian Rules Football and baking.

Given the boom in Australian tourism to Japan in the last decade, today many Australians would no longer find the Land of the Rising Sun quite so overwhelming or strange.  But that was not the case 50 years ago: “There was a real sense of being a pioneer,” says Fay.

“I couldn’t go to the supermarket by myself because I couldn’t read any labels and it was hard to find shop assistants who could help me,” she remembers.  “I was president of the Australia Society and we would have social functions to show off Australia – at one we all wore football jumpers and some of the boys got into mischief kicking a football with the waiters in the hotel ballroom.” 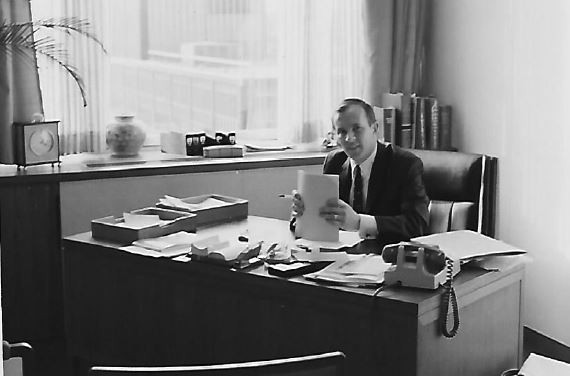 Reg Nicholson took over from Ron Horne in 1972 – heading from the administrative office of the NSW state manager to Tokyo.  By this time the office was able to utilise the Australian parent’s balance sheet to make loans to rapidly expanding Japanese companies, not just for business in Australia but elsewhere in the region.

“Some of these clients were quite substantial, the trading companies like Mitsui, Mitsubishi, Sumitomo, Itochu (C. Itoh & Co in English until 1992), but they required funding for some very large projects, maybe a refinery in Thailand, and so we joined those syndicates,” he says, “and it helped us win business in Australia.” 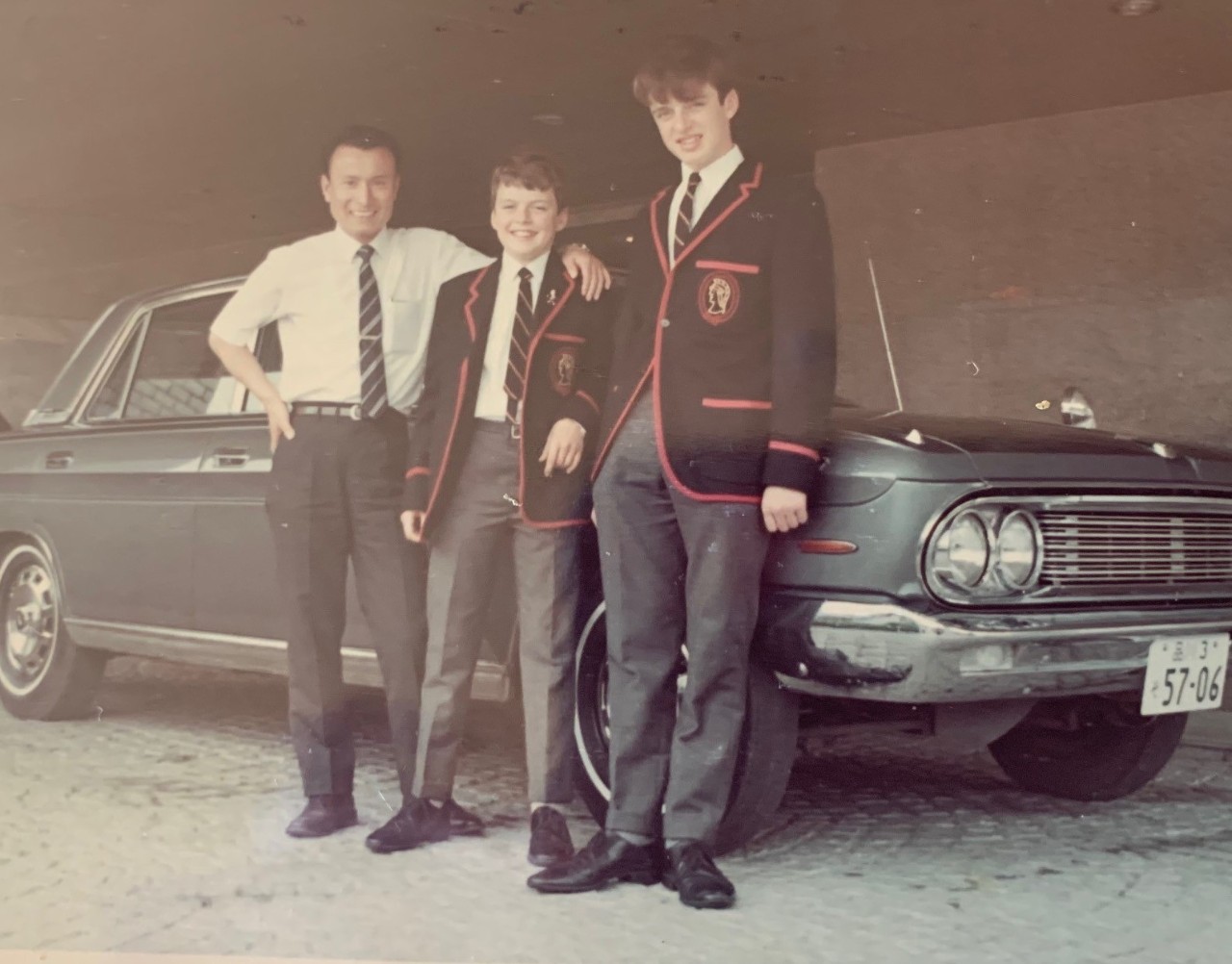 To the Japanese employees at the time, the Australian bank was also foreign. It brought not only financial products unavailable previously in Japan but also some cultural surprises.

“ANZ Japan’s biggest success was the introduction of foreign currency deposit at an early stage (1987), particularly AUD and NZD. It is hard to imagine at current low interest rates but principal became double in five years in the early days,” Yoshinobu remembers.

“This ANZ Japan foreign currency deposit reputation still exists. On the back of this successful deposit business, we could expand our presence in Japan. I am proud of being a member of most successful Australian bank branch in Japan.” 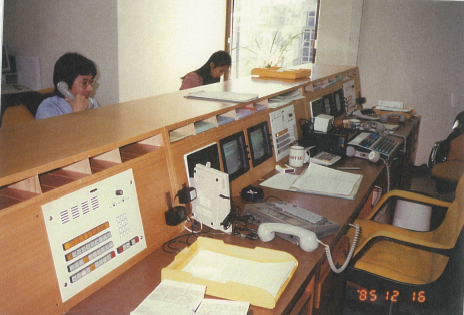 When Yoshinobu started, there were no PCs and he is adamant half the staff were still using an abacus in the office. He further recalled one year the team received a special bonus: 1 kg of Aussie beef, an exorbitant gift.

ANZ continues to expand in Japan, on August 1 2018 becoming the first Australian bank with a Japanese securities license. Thanks to the ANZ pioneers and those who have followed, Japan has become an important market for the Group and a key to ANZ’s ambition to be the best bank for trade and capital flows in the region.

ANZ has been established in Japan for 50 years, opening an office in Tokyo on December 3, 1969. A full banking authority was approved in 1985, an Osaka branch in 1990 and a licence to deal in securities in 2018.

ANZ Japan has been instrumental in supporting the development of Australia-Japan trade and investment throughout that period, a time in which Japan became Australia’s most significant trade partner. The bank offers a full range of services to corporate and institutional clients together with retail and wealth products for individual investors.

A life in the law according to Bob

From milk bars to legal practice, Bob Santamaria offers a lifetime of knowledge on leadership, customer focus and teamwork.

For Dan Carney, the Kaleidoscope charity art auction allows him to shed his ANZ suit and reveal his superpower to the world.