It’s a dog’s life – in the best possible way 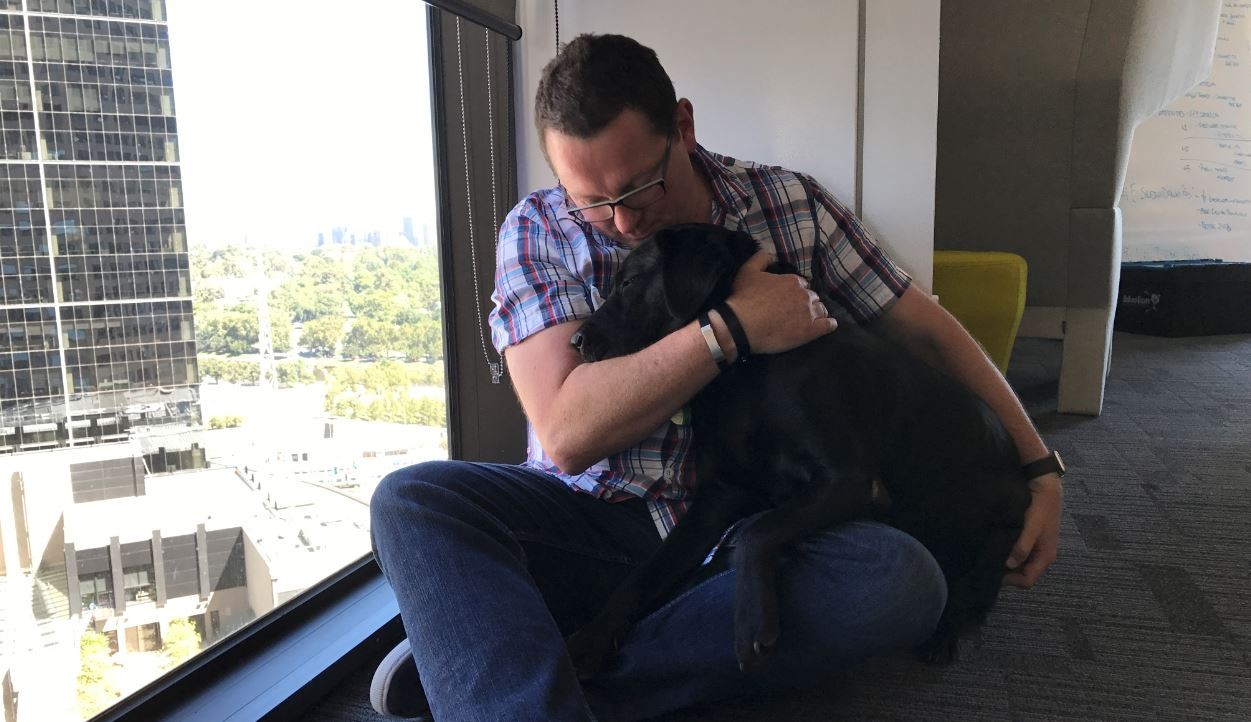 Ideas are typically born from a spark of inspiration, a chance conversation or encounter. An event you may have considered cataclysmic could lead to a brilliant idea and shape who you are and who you will become.

For ANZ employee Darren Baird, meeting a man by the name of Hamish MacKenzie who had been blinded in a terrible car accident in Dubai many years before, was that turning point.

Inspired by how Hamish lived his life, using adaptive technology and guide dogs to assist in living with autonomy and independence, Darren decided he wanted to give something back.

Even in this digitally-driven world where human connection has devolved to commenting on someone’s post with the love heart eyes emoji, Darren believes the concept of ‘paying it forward’ – really an expression for describing the beneficiary of a good deed repaying it to others instead of to the original benefactor - is alive and well.

“When the idea to raise a guide dog pup came up, it really resonated for me,” says Darren.  “I was hoping to find a way to do something that would ultimately help others, those who need it and ‘pay it forward’.” 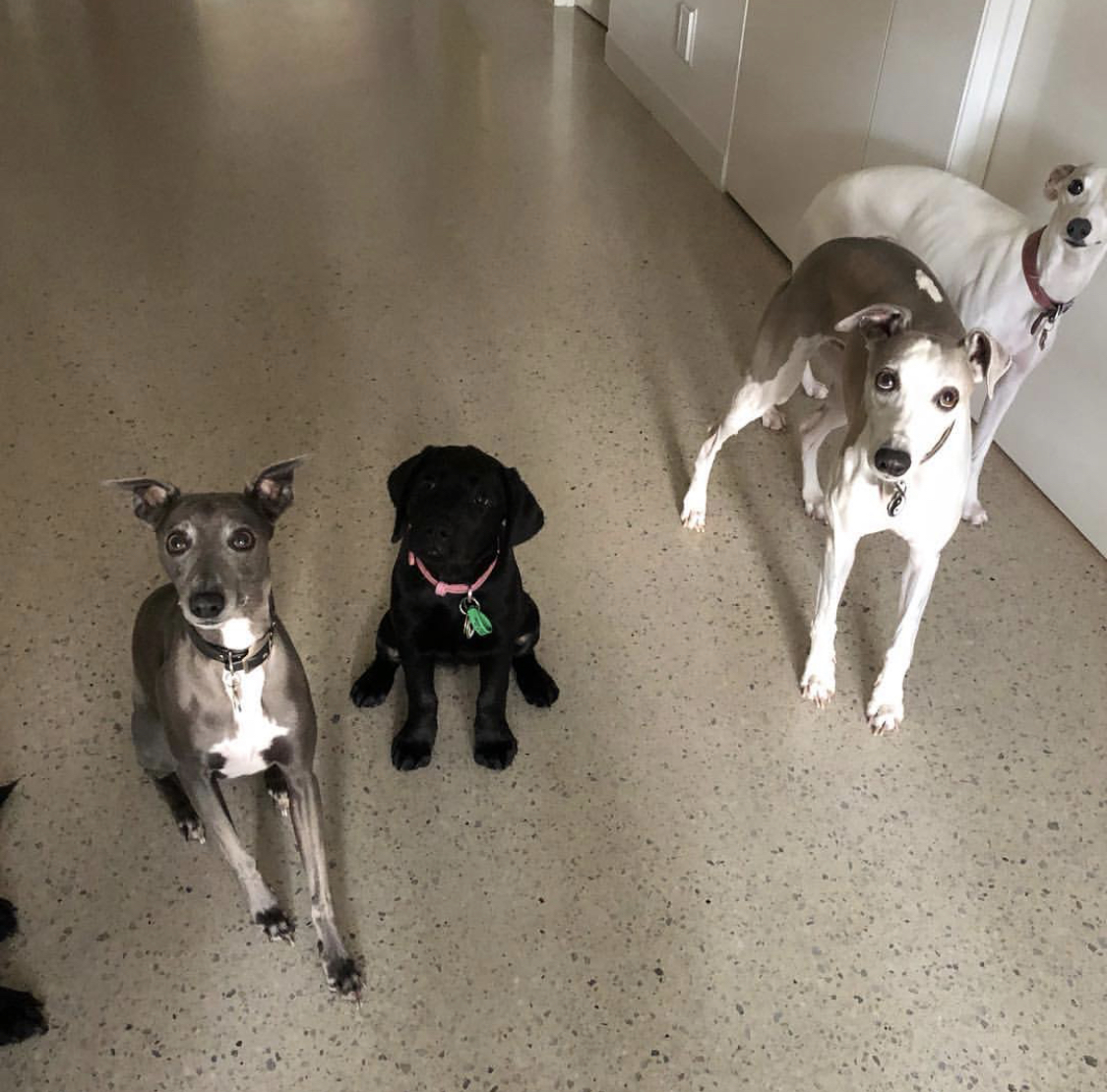 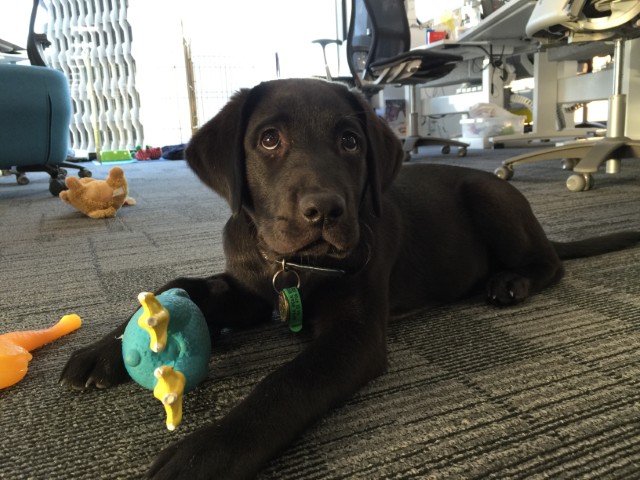 Neesha at 18 weeks old at the ANZ offices at 55 Collins street, Melbourne 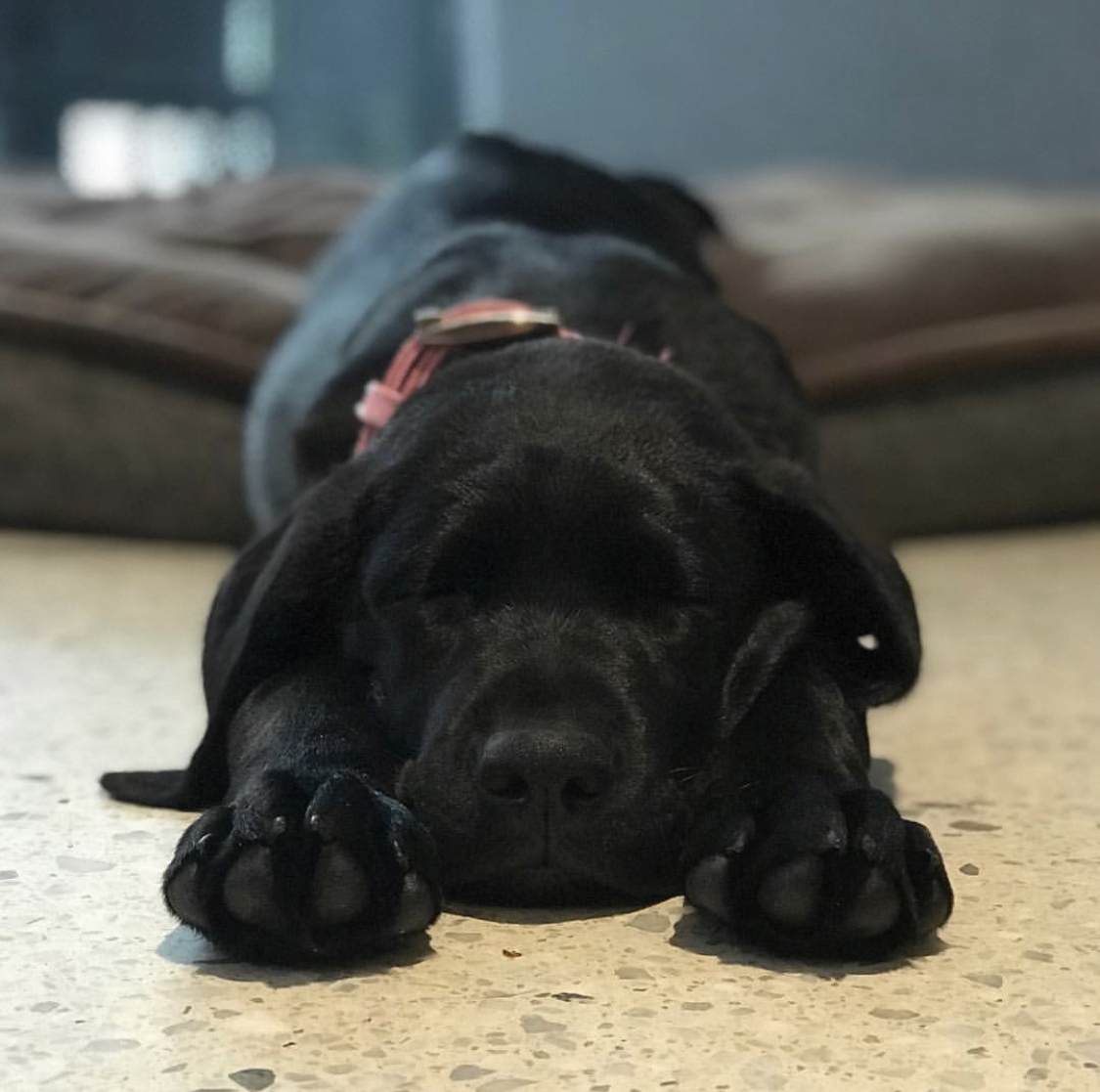 Stella, "cute but a lot of work" 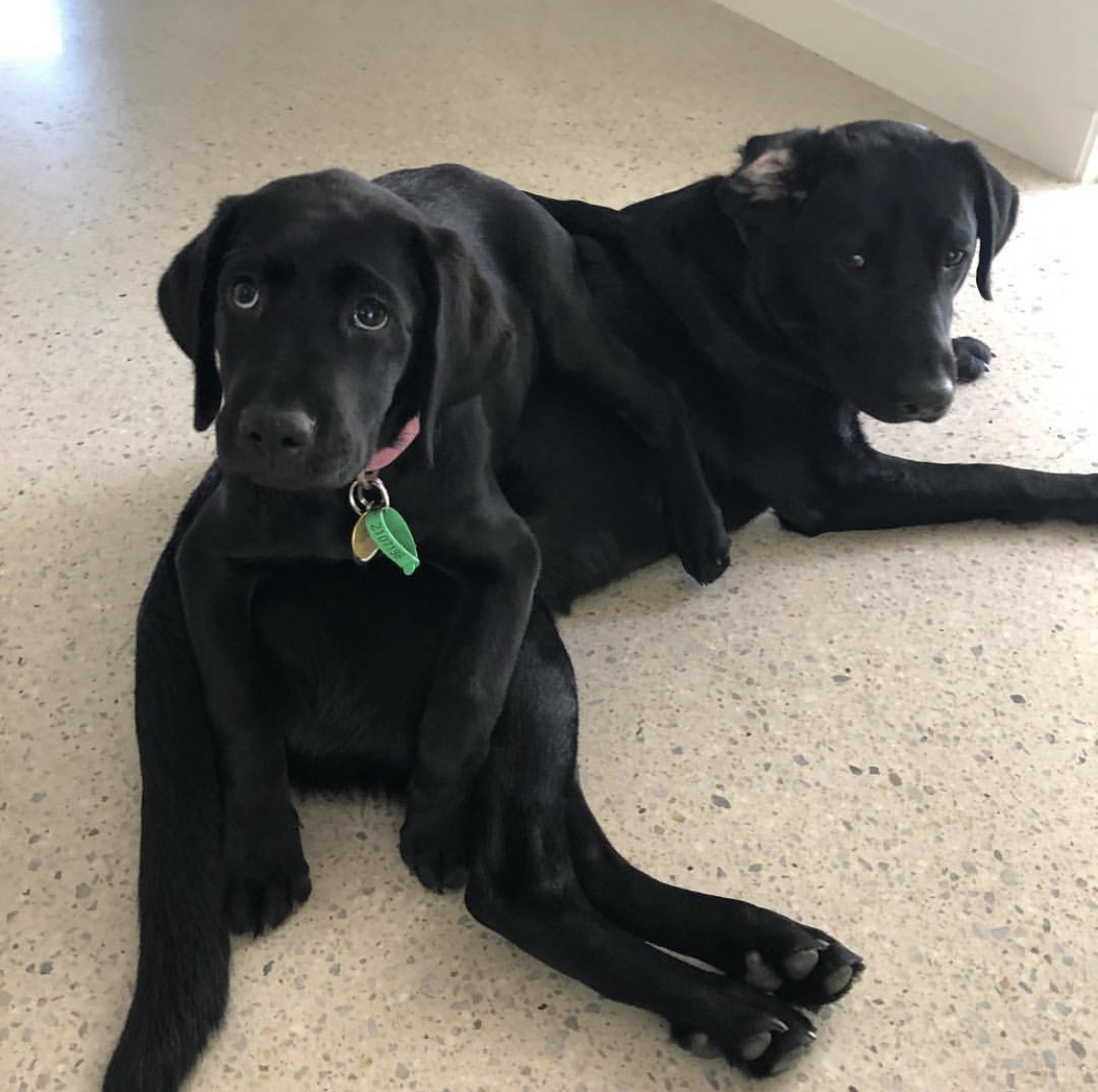 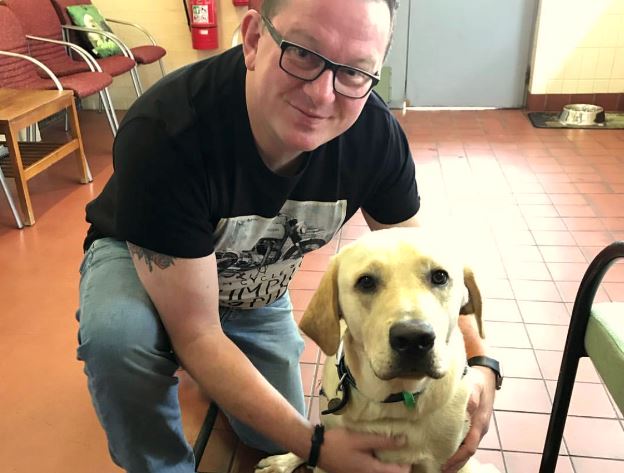 A healthy dose of scepticism

While Darren’s family was sceptical at first, they quickly came around to the idea and you can’t blame them, with the likes of Puddles, Buddy, Keeva, Neesha, Nelson, Samara and Stella to cuddle.

“I suggested to the family we could raise guide dog pups and my daughter said ‘You’re never going to do that dad!’ But I filled out the form online, hit ‘submit’ and lo and behold after inspecting our home and my workplace they assigned us our first adorable dog named Neesha. That was four or five years ago now,” Darren says.

Darren and his family are currently raising two guide dog pups, Stella and Samara. “The first twelve months are the most important,” Darren says. “During this time, the pups are typically raised by volunteers as they learn to become fully qualified Assistance Dogs.”

“What usually happens is there’s a settling in period of about two weeks or 10 business days, where you have to get them used to your environment and start to train them on the basics of toileting and all that sort of stuff which can take a while,” Darren says.

Darren uses his annual leave to get things started, typically in January, within the first couple of months of getting the pup.

“On top of the 10 days of leave used for the settling in period, there’s also up to an additional five days needed throughout the year for things like medical examinations,” Darren says.

Over the past five years, Darren and his family have raised two younger pups who have been about eight weeks of age. “They are not trained in anything and while there’s no denying they’re very cute, they are a lot of work,” he says.

It pays to pay it forward

While Darren says it does take sacrifice, patience and hard work to raise the pups (plus an enormous amount of help from his ANZ family), the trade-off outweighs all of it.

“I’d have to say the most rewarding thing is, knowing they’ll change someone’s life,” Darren says. “We know Neesha has gone on to be a guide dog in Japan and Nelson was placed as a companion dog for a lady with multiple sclerosis and we’re really proud of that.”