Given the Chance: a family reunited

“I no longer feel alone and isolated. The humanity, connection and levity of the workplace give everyone a sense of big hopes and dreams. It was this permanent role that made the chance of seeing my wife and son again a reality.” 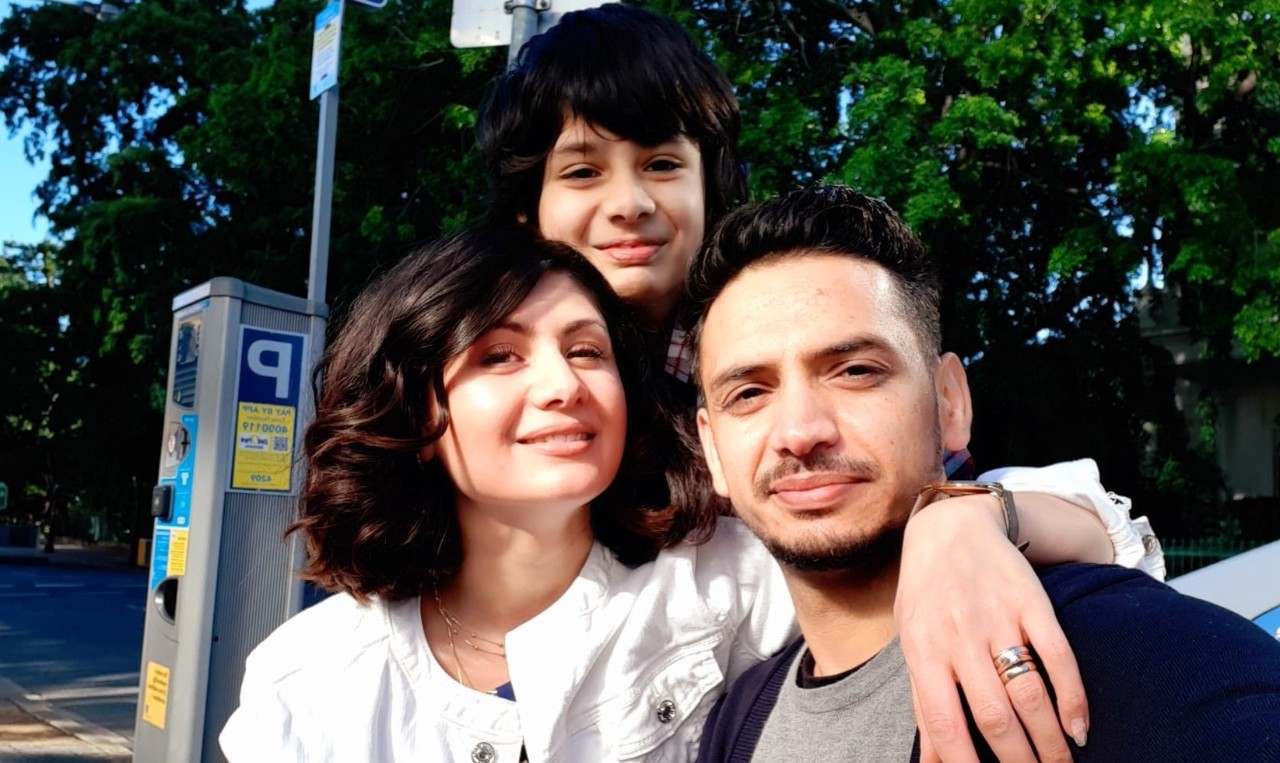 Ramin reunited with his wife and son in Melbourne after being separated for two years.

Born and raised in Afghanistan, Ramin Rastin migrated to Australia in 2019 in search of a new life for his young family while his wife and son sought safety in Turkey.

For two years they lived apart. They were finally reunited in Australia and Ramin says it’s thanks to the Given the Chance (GTC) program which recruits job seekers refugees and asylum seekers into employment. With a job he was able to apply to have his wife and son join him in Australia.

Ramin’s story – the business of banking

I worked in the Afghanistan banking industry for 11 years under very difficult business conditions, afflicted by incessant strife and unrest.

Banking in Afghanistan has its challenges. Dealing with a cash-based environment as digital payments are still very new, strict compliance requirements to address illegal activity, lack of customer education and lack of skilled staff, and a shortage of banking services in rural areas are just some.

The environment and the business conditions urge you to be attentive, tuned-in and cautious on a whole different level. I recall one day travelling with an armoured vehicle in a convoy to deliver cash to the United States Army Finance office and another day I had to return to the office due to an imminent security threat.

Despite these challenges, I learned a lot in Afghanistan. Modern banking is in its infancy and emerged only recently. Around 60 per cent of the population is under 25 years of age, so we had an opportunity to expand retail banking, consumer loans, e-banking products and services across the country.

In my previous roles I was in charge of retail banking and helping customers move to digital banking. I initiated the first “Smart Branch” in the country and added more self–service tools in branches. However, implementation of these changes had to run parallel with improving staff capability and customer education.

The banking industry is heavily regulated and a cash-based environment was a big challenge. I was responsible for ensuring branches remained aligned with international compliance and regulatory standards. 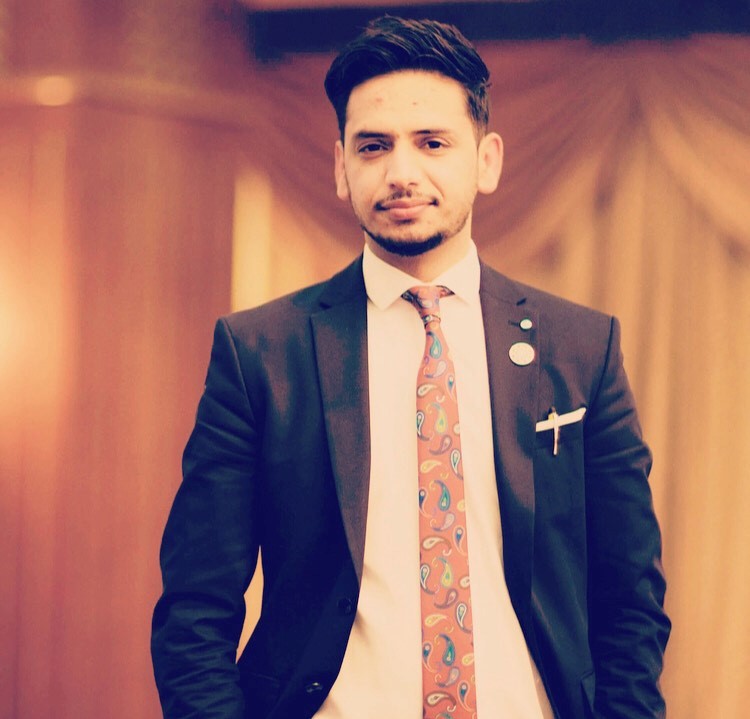 I am married and have a 10-year-old son. Unfortunately, the unpredictable security situation at home forced us to leave. We were apart for two years and they were living in  in Turkey for their safety.

Thanks to technology however we were in touch daily. We mostly did video calls and voice messages and virtually celebrated our occasions. My last birthday they called (video) me at 12:10 am, which was their evening, they cut a cake and sent me lovely wishes. My son is a big fan of chess and he often invited me to play chess online in our free time. 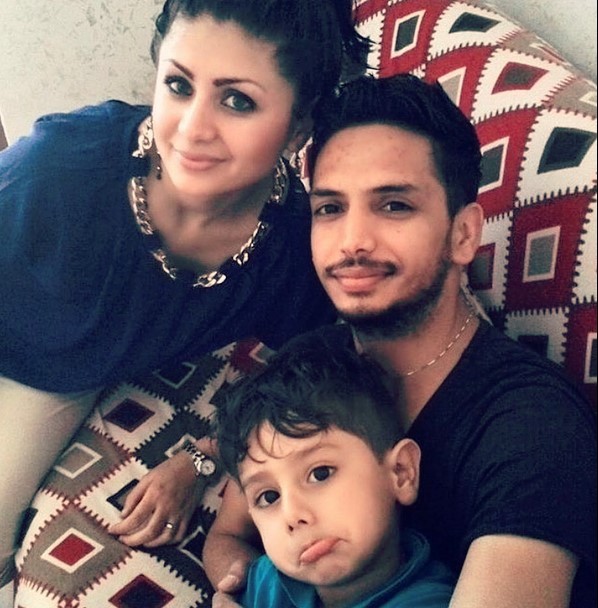 After arriving in Australia, I was looking for a professional role for more than a year.

I was living in Brisbane when I heard about the Brotherhood of St Laurence (BSL) and the Given the Chance program from a friend. After speaking with the BSL about my employment needs I flew to Sydney for two days of employment training.

This training helped me work out how to apply for jobs in Australia. After completing my internship, I obtained some interview coaching and subsequently my resume was forwarded to ANZ for a role within the Retail Governance team.

In the middle of the pandemic, under restricted lockdown in Melbourne and home quarantine, my interview went well. However, I was very stressed and nervous given how much getting a job meant to me and my family.

The opportunity to work at ANZ has been simply life-changing. A new chapter in my life.

Inclusion and Talent Manager at ANZ Louise Ellis says “Ramin joined ANZ in July 2020 - in the middle of Victoria’s second lockdown. He excelled in his work placement and was then offered a full-time role.”

By obtaining permanent employment at ANZ, Ramin was able to have his visa status changed and apply to have his wife and son who had moved to Turkey to seek safety since fleeing Afghanistan, join him in Australia.

“This approval was granted and Ramin was reunited with his family after being separated for two years,” she says. “They are now setting up their new life together in Melbourne.”

In my internship I joined a dynamic and lovely team at ANZ.

It's tough to come from a different culture. To adapt and learn quickly while working from home is a little bit challenging and to build rapport, trust and confidence with your colleagues through phone calls and video conferences is tough. With time, however, when one accepts it as a new normal, we can quickly adapt.

My teammates support and guidance during this placement, my manager’s trust and confidence in me, and my GTC mentor’s advice, together helped me to adapt, learn, grow and be successful in my work which lead to a permanent role at ANZ.

My new team has a well-established culture. All the managers know how to boost morale in a difficult time. I love the team spirit. Everyone believes the team matters and I love that everyone celebrates small wins and offers positive feedback for a job well done.

I no longer feel alone and isolated. The humanity, connection and levity of the workplace give everyone a sense of big hopes and dreams. It was this permanent role that made the chance of seeing my wife and son again a reality.

This week is Refugee Week which aims to raise awareness of the issues affecting refugees. The theme this year is Unity – The way forward. Ramin’s story highlights the importance of working together, in some cases to survive, but also to thrive and progress.

My message to other people in the same situation is to keep learning about the country and workplace culture. Keep trying, don't let negative thoughts take place in your head. You should accept failure and learn from it. Seek professional advice and follow with a plan.

Continue to build your confidence, thoughts, learning and sharing. Sometimes adversity helps us learn and grow; positively use this opportunity to increase your resilience and boost your confidence. I believe you will be successful and happy.

I am very thankful to BSL and ANZ for trusting me. ANZ, the Brotherhood of St Laurence and the Given the Chance program are doing great work - an excellent job. They may not see the immediate impact of their work but, in the long run, they are changing people’s lives from professional to social aspects.

I aspire to expand my knowledge and learning going forward. I am excited to learn more, share my experience and contribute to ANZ's team. I want to be able to extend my offer of support to other areas of the bank too.

The Given the Chance Program - which forms part of a partnership between ANZ and the Brotherhood of St Laurence (BSL) - actively recruits job seekers facing disadvantage, specifically refugees and asylum seekers, into six to 12 month full-time positions.

The program has placed more than 230 participants into roles at ANZ since the partnership began in 2006.

Given the chance to shine

After migrating from war-ravaged Sierra Leone, Virginia Walcott Taylor struggled to find work – until The Brotherhood of St Laurence and ANZ gave her the opportunity to start a new life.

When one role becomes four

After interviewing four candidates from the Given the Chance Program, ANZ Branch Managers, Fabian and Clare were so impressed they had to hire them all.

The opportunities education provides can take you far from home.