“I didn’t realise that there were so many different jobs and opportunities in a bank, both customer-facing and not.” “I’m interested in exploring these different roles and having an opportunity to grow and learn.” 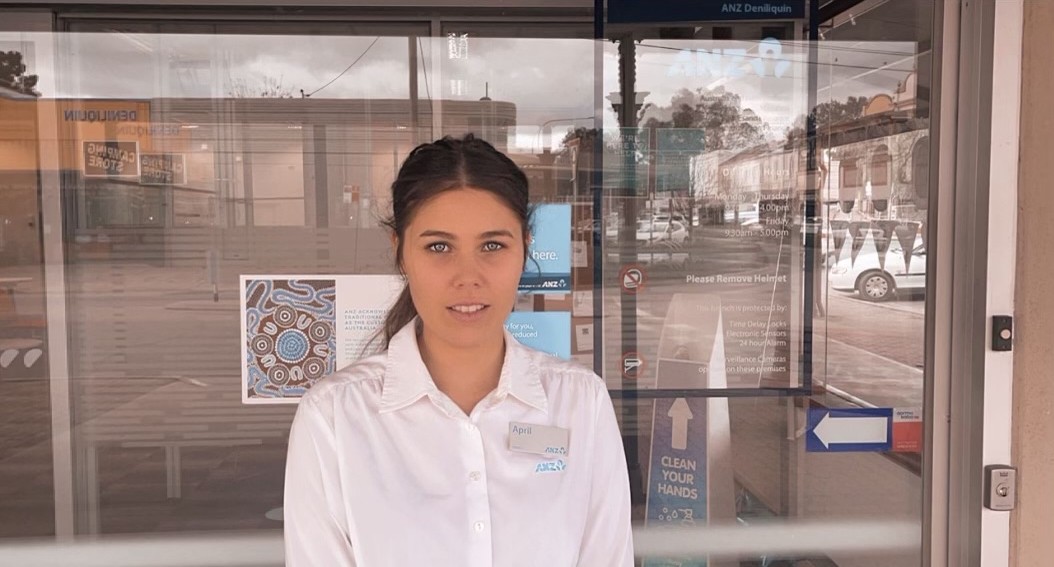 April never liked school. She found classroom learning difficult. And being shy, April felt like she never fit in with her peers.

“I didn’t know what I wanted to do but I wasn’t enjoying school,” April says.

“I was really shy and struggling with the workload. I really wanted to leave school, get a job, maybe join the Army.”

It was one of April’s teachers who suggested she try on-the-job learning in conjunction with her final two years of study. So she joined a bank. April has now been a part of the team at ANZ’s Deniliquin Branch for two years, completing a Certificate two in Business Administration, while finishing year 12.

Although not completely convinced at first, April liked the idea of learning outside of the classroom.

At age 16, April Weir started an Indigenous School Based Traineeship at ANZ’s Deniliquin branch while completing her high school studies. Now, at age 18 she has been awarded the 2022 NSW Training Awards School-Based Rising Star Award, recognising her outstanding achievement in the vocational education and training sector. 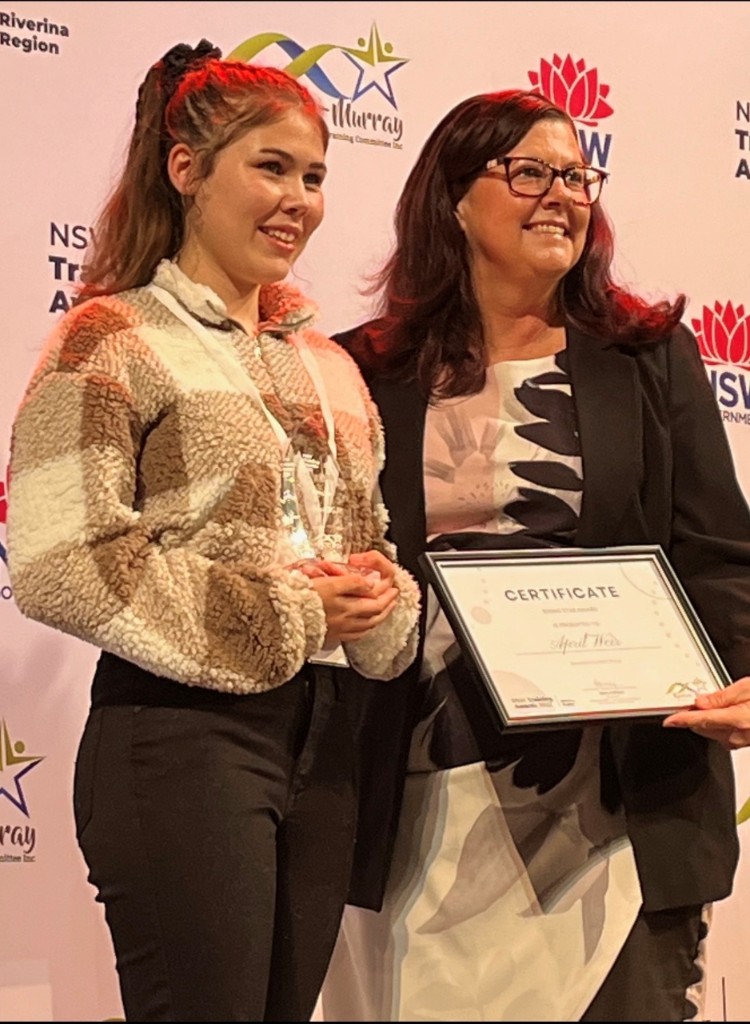 The experience, she says, has boosted her confidence and given her the opportunity to see how things operate in the real world.

“Before starting at ANZ I was very shy and didn’t feel comfortable talking to new people,” she said.  “Now I have customers who come in every week, they know my name and we have a chat.”

She said working in an environment with colleagues and customers of different ages and life stages has helped her gain an insight into what the real workforce is like. It has boosted her confidence and given her a sense of independence and belonging.

“It’s nice to feel like a part of a team,” April says.

She has received stellar feedback from managers and colleagues at the branch and has been offered a full-time job for next year, a role that will earn her a Certificate 3 in Business Administration by age 19.

Gurjot Thandi, ANZ District Manager, Northern Victoria region, said “it’s a great opportunity to see school-aged kids with the ambition to think outside the box. April is a hard worker and has been a valuable part of our team.”

April says working in a branch has opened her eyes to the many different moving parts that form a single workplace. “This is just something you don’t see while you’re still at school,” she explains.

“I didn’t realise that there were so many different jobs and opportunities in a bank, both customer-facing and not. I’m interested in exploring these different roles and having an opportunity to grow and learn.”

Through the ANZ School-Based Traineeship, students working in ANZ branches have the opportunity to:

April encourages all students to think outside the box and give traineeships a try: “it’s a great way for students to kick start their career during school.

“Two years ago, I never would have thought I’d be here … achieving a certificate two and finishing grade 12, let alone winning an award.”

For more information about ANZ’s School Based Traineeships,

Claudia Filer is a contributor to ANZ News.

Engineering a passion into purpose

From an early age Jacob was curious about how different gadgets worked. He’s now turned his passion for technology into a career at ANZ.

ANZ grad finds no one is uniform in career development

ANZ graduate Dalal Nasser explains it’s not the right degree that brings success at ANZ but the right mindset.

From coding to radio interviews - reflections from an ANZ technology graduate