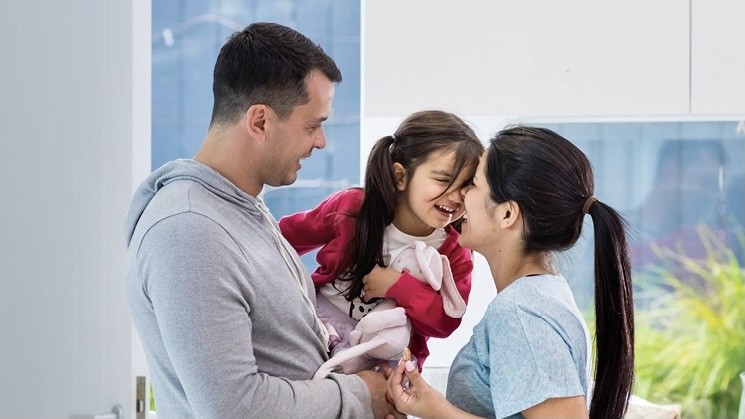 New Zealanders’ overall financial wellbeing has improved slightly since the beginning of the Covid-19 pandemic; with an increase in the number of people who say they are can meet their financial commitments.

That’s according to the latest ANZ Financial Wellbeing Indicator.

However the report also found that almost ten percent of people have no savings and an even larger number feel it’s a challenge to make ends meet.

"The overall improvement in financial wellbeing was due to a noticeable increase in the number of people who felt they could meet their financial commitments."

The Financial Wellbeing Indicator has three components that make up the overall score. These are: meeting everyday commitments, feeling comfortable, and resilience for the future.

The overall improvement in financial wellbeing can be attributed to a noticeable increase in the number of people who felt they could meet their financial commitments in regards to bills and payments. That score improved from 73.4 in March 2020 to 77.3 in December.

“We believe this is due to two main factors,” says Ben Kelleher, Managing Director, Personal Banking.

“First, despite the pandemic, many people were not directly impacted in terms of a reduction in their income.”

“The unemployment rate stayed lower than had been predicted, and the wage subsidy helped many people who were impacted by lockdowns.”

The second element was a fall in spending by many people. Interest rates fell, benefiting the many households who pay a mortgage. Overseas travel was no longer an option, and for some of the time many retailers and businesses were closed.

Feeling comfortable. This measure fell from 58.2 to 57.1, reflecting the degree of uncertainty people experienced in the wake of COVID-19.

The pandemic impacted job security for many people. There was also ongoing uncertainty about the potential negative impacts of the pandemic on the economy. This is likely to have made people feel uncertain, even if their own circumstances haven’t changed a great deal.

The third component is resilience for the future – the capacity to cope with significant unexpected expense or loss of income. This metric increased slightly from 55.6 to 55.7.

“Interestingly, it did decline in the last three months of the survey” says Mr Kelleher. “Many people lifted their savings during the early months of the pandemic, as they cut back on their spending. But as life started to return to something more like normal, we saw that the level of saving hasn’t been maintained.”

The research divides people into four segments, according to their overall wellbeing score.

The four groups are:

Struggling: 9.4% of people are struggling, compared to 10.1% in the previous survey.

This group have a financial wellbeing score of 30 or less. A majority of those who are struggling have no savings and say it’s a constant struggle to pay their bills; often running short of money for food and other regular expenses. 32% always or often lack the money to pay a bill at the final reminder.

For many people in this group it is a challenge to make ends meet. They could meet current financial commitments to a greater extent than those who are struggling, but their position overall is significantly worse than the population overall.

Nearly all could meet their current financial commitments (only 3% regularly or often ran short of money for food and other regular expenses, compared to 14% of those who are getting by).

No worries: 25.5% said they had ‘no worries’, compared to 24 percent in the previous survey. People in this group tend to have large amounts in savings, investments and superannuation. 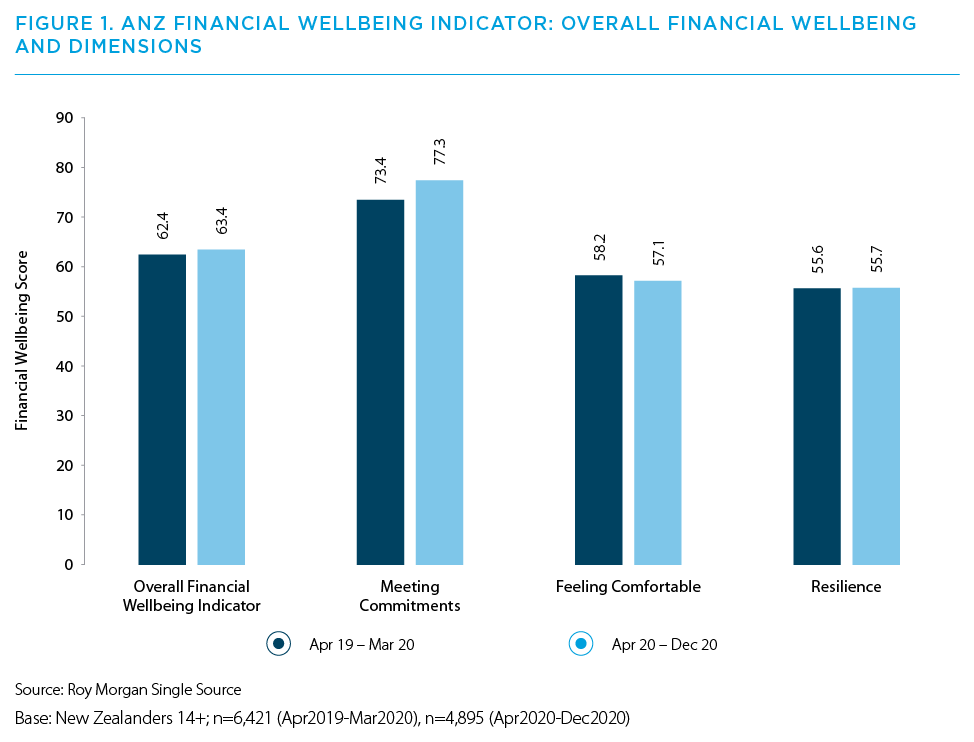 There are two key drivers of financial wellbeing: active saving and not borrowing for everyday expenses.

Active saving is one of the most important elements of financial wellbeing.

Not borrowing for everyday expenses is another essential behaviour for good financial wellbeing. It ensures people do not live beyond their means and accumulate unmanageable debt.

New Zealanders appear to have reduced their reliance on credit cards. From March 2020 to December 2020, credit card use fell from 56.9 percent to 51.5 percent. The incidence of debit cards has increased from 38.6 percent to 40.7 percent.

However the report notes there is concern that some of this change has been driven by the rise of ‘buy now, pay later’ schemes, rather than a reduction in the habit of spending money we don’t have. Instead, these schemes have made it easier to borrow for everyday expenses.

Even a small amount of savings can have an outsize impact on improving our sense of financial wellbeing.” says Mr Kelleher.

“It doesn’t have to be tens of thousands of dollars. Just having a ‘rainy day’ fund can help, so that when the car breaks down or the washing machine stops, we have some money to use so that we don’t have to go into debt.”

Apple's privacy changes: What do they mean for your data?

Apple recently announced they are changing their privacy features – what will this mean for the consumer, and should I allow apps to use my data?

ANZ Chief Economist Sharon Zollner says the 2021 Budget "does strike a reasonable balance of looking out for the obvious problems that society's experiencing here and now - but with a bit of an eye to moving forward".

ANZ’s latest Property Focus suggests that while the New Zealand housing market remained hot in March, there are tentative signs of cooling.

Bubbling with excitement - Making Sense of the Trans-Tasman Bubble

The tourism sector welcomed the news this week that travel between Australia and New Zealand will be quarantine-free from 19 April.

The housing market has had a spectacular run over the past year, fuelled by easy financing conditions, with interest rates low and credit readily available. But this environment is not expected to last forever.

The COVID-19 pandemic has had uneven economic impacts on men and women.

Property Focus: Off the Beaten Track

Although the current housing upturn shares some similarities with the 2000s, maintaining momentum for such an extended period appears unlikely this time around.

Insight: Climate Change and the Path Ahead

The pressure to act to mitigate climate change is building and New Zealand has a role to play, especially if we want to leverage our “clean, green” image in international markets.

How economies perform in 2021 is highly dependent on the course the pandemic takes, how quickly vaccines can be rolled out, and how well they work.

2021 Outlook: Global Economy Will Be Driven by Pandemic

After 2020 - an unprecedented year from an economic and a societal perspective - ANZ Investments presents an optimistic outlook for the global economy in 2021.

Property focus: On the Horizon

A number of ongoing themes will shape the way forward in the year ahead.

What the World’s Largest Trade Agreement Means for NZ

The world’s largest trade agreement, the RCEP will help facilitate trade between its 15 Asia-Pacific member countries and could boost New Zealand’s annual GDP by up to $3.2b

How we manage our water resources is becoming increasingly important to our sustainable food exports.

Housing unaffordability is an enormous problem in New Zealand, with especially significant consequences for our young and most vulnerable – and trends continue to move in the wrong direction.

COVID-19’s legacy of increased public debt and even less affordable housing will be carried disproportionately by younger people.

In a New Start-Up Age, Aider Leads the Pack

ANZi Ventures has made a significant investment in an Auckland artificial intelligence start-up called Aider.