Heading into summer, new sofas, living and outdoor furniture are all in high demand as people spruce up their homes or embark on a full renovation.

“We sold the majority of our outdoor furniture almost as soon as it landed, and are working hard with our manufacturers to satisfy this demand,” says Freedom NZ Managing Director Debbie Ridling.

“The upholstery and furniture categories are significantly up with customers choosing to refresh their living spaces, a place that they have spent more time this year.”

"People are renovating their homes because they’re feeling confident about the housing market, or they have some money to spare that otherwise would have gone on an overseas holiday.”

Freedom is not alone.

ANZ’s October card data shows spending in the home furnishings category was up 28.6% from the same time a year ago.

Spending at hardware stores rose by 31% from October 2019, while building materials stores increased by 18.8% and household appliances were up 13.8%.

“Our figures suggest many people are renovating their homes because they’re feeling confident about the housing market, or they have some money to spare that otherwise would have gone on an overseas holiday,” says ANZ Managing Director of Personal Banking, Ben Kelleher.

However, the surge in spending does pose some challenges for retailers.

Ridling says “globally furniture and homewares sales are booming, and demand is high.  This has created bottlenecks with manufacturing and capacity constraints with global shipping causing significant delays.”

Partly in response to the pandemic, Freedom has reset its brand, with a product overhaul and a brand refresh. Furniture and homewares will continue to be the mainstay of the business, but Freedom has extended its range and introduced New Zealand-made sofas and dining options.

“We are following the global trend of ‘Made to Order’ upholstery, offering customers a wider choice of upholstery styles and fabrics, creating a look specific to them and their home,” says Ridling. 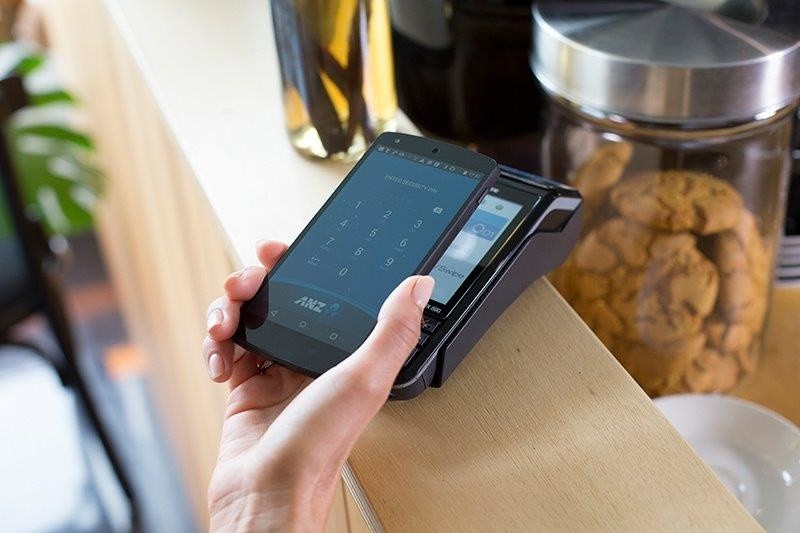 Kelleher says ANZ transactions account for around 30% of all card spending and are therefore are a good barometer for the economy.

“Overall domestic consumer card spending rose 9% in October from the same month a year ago,” he says.

“That increase is, in part, due to more customers opting to use cards rather than cash. That’s particularly the case for lower-cost purchases at dairies and takeaway restaurants.”

But the rise in spending also reflects the strength of categories like home furnishings and appliances.

The food deliveries category was the biggest winner, rising 161% from the same time a year ago.

“We have seen a surge in people using apps like Uber Eats,” says Kelleher.

“Many people started using the apps when we were in the Level 3 lockdown. Although we are out of lockdown now many have clearly developed a taste for having their meals delivered.”

People are also going out to pick up their meals, with spending at fast-food restaurants surging 20.2% and spending at bakeries rising 20.6%.

There has also been a rise in people dining at restaurants, with card spending rising 5.9% from a year ago. Spending on beer, wine and liquor has risen 22.9% from the same time a year ago.

Spending on cruise lines has plunged 100% from a year ago, duty frees stores fell 84.6% in October, travel agencies were down 80% and airlines fell by 69.9%.

Spending on both hotels and rental cars fell by just over 26%.

Computer software stores were a big winners, with spending soaring by 70%. Electrical parts and equipment rose 44%. The growth in these two categories reflects the rise in popularity this year of the home office, as more people work from home for at least part of their working week.

With more people working at home, spending at car parking lots has fallen 20%.

The impact of changing technology can be seen in the rise of fully automated service stations. Spending at Automated Petrol Dispensers rose 10.3%, while spending at Petrol Stations fell by 11%.

Debit Card Use On The Rise

New Zealanders are swapping credit cards for debits cards, according to data in the November 2020 ANZ Financial Wellbeing Report.

Auckland’s return to lockdown is a reminder of the essential role technology plays in our lives and the importance of being tech savvy.

Six things you need to know about Kiwisaver

Help in a crisis – power up the digital assistant

“Jamie’s been an amazing tool for us over the last few months,” says ANZ NZ’s Chief Information Officer, Mike Bullock.

Call data from New Zealand’s largest bank suggests Kiwis in lockdown settled into some new routines: we appear to have been slower in the morning, glued to the 6pm TV news and the government’s big COVID-19 announcements, and used digital tools more than ever.

This week at ANZ

After three weeks of New Zealand’s COVID-19 lockdown, with the Easter break behind us, and the possibility of some workplaces could soon re-open, this week there's been a drop in the number of customer seeking help from ANZ.

In lockdown - this week at ANZ

Two weeks into the national COVID-19 lockdown tens of thousands of Kiwis are continuing to face challenges, with many seeking financial help, including business owners who are having to re-think how they operate and often make some tough decisions.

Tips for Working from Home

With 90 percent of our contact centre team now working on secure systems from home, our teams have been sharing tips on how best to make it work.

Here to Help - this week at ANZ

New Zealand's first full week in lockdown has been a tough time for many, with thousands of Kiwis facing challenges in their personal lives and having to make some hard decisions on how they can continue to run their businesses.

Over recent weeks the financial markets have endured a period of increased volatility as the economic and social impact of COVID-19 has worsened. ANZ Head of Wealth & Private Bank Craig Mulholland answers some questions about KiwSaver.

A week of change at ANZ

It's been a week of huge change in the lives of all New Zealanders. ANZ New Zealand too has had to alter the way it delivers its services to customers. Here are some of things we are proud to have achieved in the last week.

Winning advice - what to do with your Lotto millions

As the Lotto jackpot climbs into the tens of millions, you could be excused for asking yourself “what if?” and “how would a win like that change my life?’’ Here are some tips we give customers who find themselves winning a significant sum.

Customers with open or closed home loans or personal loans consumer credit contracts that were affected by a loan calculator problem in 2015 and 2016, may be receiving a further payment related to an agreement with the Commerce Commission.

Money mules on the rise

The number of money mule cases identified increased 69% to 842 cases in the year to October 2019, according to numbers from ANZ.

A smart sheep, whose horns unfurl and nose turns blue when a room is cold and damp, is helping students at an Auckland school understand the benefits of healthy homes.

ANZ today announced it will lower the interest rates on its Floating and Flexible home loans by 0.50%, from 5.69% to 5.19% following today’s 0.50% Official Cash Rate cut.

Insulating for a better New Zealand

Every year, thousands of Kiwi children get sick from poorly built housing and it’s time to do something about it, says ANZ NZ CEO.